Throughout history and across cultures, women have faced challenges and discrimination – from a lack of legal protections to being thought as unqualified in male-dominated professions. While inequality persists in today’s workplace, women have made great strides to combat gender bias and show that they are equally fit in sports, the military, and in the steel industry.

POSCO values the contributions from its female workers and their role in its success. In the past, The Steel Wire has looked at women in the steel industry as well as a few of the women who have had a lasting impact at POSCO. Please check out the in-depth interviews with Yukyung Lee, Group Leader of Iron Ore Group of the Raw Materials Department; Mihwa Park, Head of the Information Planning Department; Young Choi, Vice President of PR at POSCO Daewoo; and Lee Yoon Hee, Vice President of POSRI.

Today, in honor of International Women’s Day, we want to take a moment to celebrate three women who broke barriers in their own male-dominated fields. Their hard work, perseverance, and dedication allowed the world to recognize and acknowledge the capabilities of women.

Alice Peurala, Woman of Steel Who Fought for Gender Parity in Steel Industry

Women have long been a minority in the metals and mining industries (Catalyst noted in 2015 it was at just 13.3% in the U.S.). However, thanks to the efforts of women like  Alice Peurala, many more rights and protections are afforded to them today. 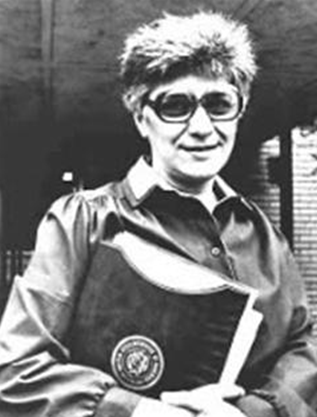 Alice Peurala was the first and only female to head a steel unit (Source: Daily Kos)

Alice Peurala, the first woman to head a steel unit, played a vital role in the steel industry during WWII. Peurala was one of the first female steelworkers who entered Chicago’s South Works mill in 1953 when there were only a few women left in the field. Most of the women who had steel jobs as a result of WWII had been let go when the men returned home. Those who remained, including Alice Peurala, faced gender discrimination in hiring and promotion. Having been an activist in the civil rights movement, she was determined to transform the steel industry into a more comfortable workplace for female employees.

“I did not win as a woman. I campaigned as a candidate who would do something about conditions in the plant that affect 7500 people – men and women.” – Alice Peurala

When Peurala was denied a promotion from her job in the Metallurgical Division to a job in a product testing lab in 1967 because people thought she was ineligible for a job that required overtime and heavy lifting, she sued the mill at the recommendation of the Equal Employment Opportunity Commission (EEOC). Due to her unwavering efforts, a compromise settlement was reached and in 1969, Peurala finally got her promotion. Her successful lawsuits against gender discrimination and the dictatorial control of the steel company owners were indeed a victory for all women in manufacturing. Alice eventually won the presidency of the Local 65 in 1979 and left an impressive legacy as a fighter for women’s rights.

Raye Montague, the first female Program Manager of Ships in the U.S. Navy, not only shattered the glass ceiling as a black woman in the then male-dominated Navy but also the first person who single-handedly changed the way the U.S. Navy designed and used ships.

Growing up, she was often ridiculed for wanting to become a female engineer and was even denied entry into the University of Arkansas because the school did not allow minority enrollment at that time; however, she did not let gender or race barriers discourage her. 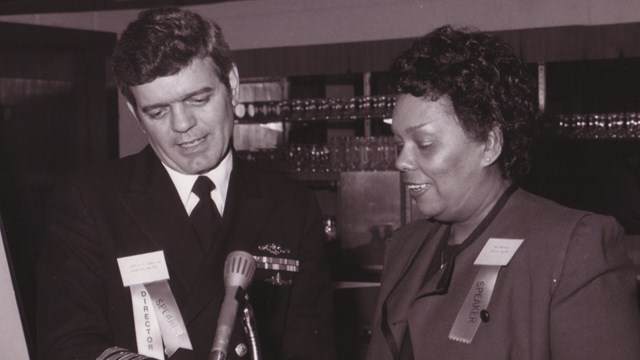 Raye Montague revolutionized the design process for all naval ships and submarines in under 19 hours in 1970. (Image courtesy of thv11.com)

She taught herself how computers worked and rose in the ranks for 14 years to become a computer systems analyst at the Naval Ship Engineering Center.  In 1970, she showed the world that women were just as capable as men in the male-dominated Navy by revolutionizing the design process for all naval ships and submarines – a task she famously completed under 19 hours even though she was given a month by her boss.

Montague retired in 1990 and entered the Arkansas Black Hall of Fame in 2013. After the award-winning film Hidden Figures was released, which tells the true story of three African-American women who helped the U.S. space program at NASA, Montague appeared on Good Morning America and sparked interest in her story as another true “hidden figure” during that same era, whose dedication and unwavering commitment became an inspiration to all women.

Long a champion for social justice and gender equality, Billie Jean King is a 39 time Grand Slam winner and an American former world #1 professional tennis player. She transformed the world for not only female sports players but also for the LGBT community.

In 1973, King famously threatened to boycott the U.S. Open unless the winner of the ladies singles was awarded the same prize money as the men’s champion. Thanks to her efforts, the U.S. Open became the first major tournament to offer equal prize money to women and men.

That same year King famously defeated men’s former world No.1 Bobby Riggs in a match later dubbed “Battle of the Sexes” in the Houston Astrodome proving to the world that women could compete with men in any arena. In the most viewed U.S. tennis match of all time with more than 50 million Americans tuned in to watch, King beat Riggs, 6–4, 6–3, 6–3 for the USD 100,000 winner-take-all prize. More importantly, the match turned King into arguably the first superstar female athlete in the U.S. Later this year Emma Stone and Steve Carell will adapt this story for the big screen, helping to reignite the excitement of King’s win in 1973.

King also became the first prominent female athlete to come out as gay in 1981 and continued to advocate for gender equality and the LGBT community even after leaving tennis in 1983. In 1990 was named one of the “100 Most Important Americans of the 20th Century” by Life Magazine and in 2009, she was awarded the Presidential Medal of Freedom, the nation’s highest civilian award for her massive contribution to improving gender equality on the tennis court.

King’s demands for equal treatment and equal pay helped pave the way for future stars such as Chris Evert, Steffi Graf, and Serena Williams, the latter who broke barriers of her own at the 2017 Australian Open by winning her 23rd Grand Slam singles title, the most of any player in the Open Era.

“It’s not about the money, it’s about the message we send. We are sending the equality message out that this is the right thing to do. Yes, the men are better than us in some ways. Yes, we’re better in some ways. It doesn’t matter. Don’t you want to share in this world? I do.” – Billie Jean King

On International Women’s Day, POSCO honors these three remarkable women who made major contributions in their fields at a time when female participation was incredibly difficult. The bravery and dedication of these women, along with so much more around us who have broken through barriers to ensure gender equality are, and will continue to be,  a source of inspiration for all.