Pumping Up Water Conservation with Steel

All over the world, 844 million people or 1 in 9 people do not have access to clean drinking water. Most of those people live in rural areas and half of the 844 million people live in Africa. For those living in developed nations, having easy access to drinking water is a given, and the amount of water consumed on a daily, monthly or yearly basis is of little importance. 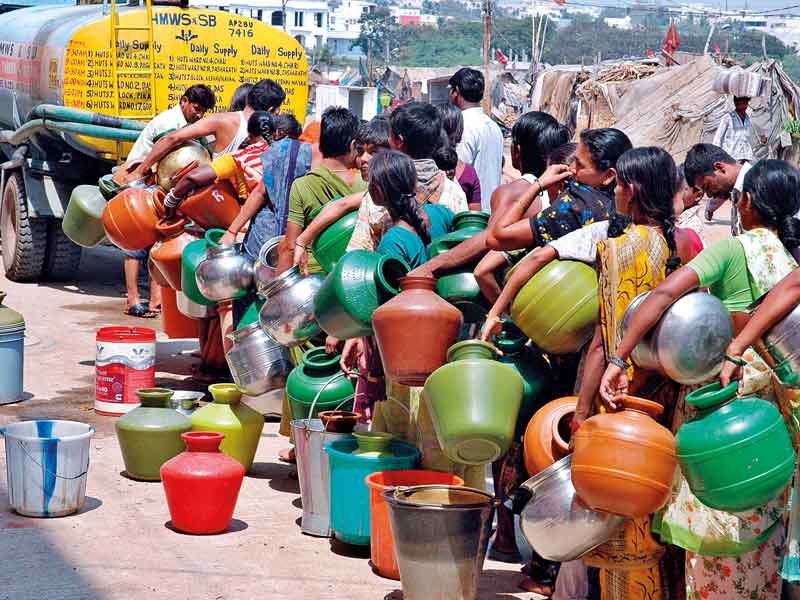 One in 9 people all over the world do not have access to drinking water. (Source: World Finance)

However, it seems the world just can’t get enough of water. Global water demand is projected to increase 55 percent by 2050. Most of the demand will be driven by the agriculture industry, which currently makes up 70 percent of freshwater consumption, but is projected to grow another 69 percent to meet the food demands of the growing population. New-growth industries will put additional pressure on freshwater supplies. For example, water used to cool power stations is projected to increase by more than 20 percent by 2055 and water demand from the manufacturing industry in developing nations will grow by 400 percent by 2055. Unfortunately, 97.5 percent of earth’s surface water is inadequate for human use.

The growing demand is putting heavy pressure on current water supplies that appear to be shrinking due to global warming and climate change. As a result, there have been extensive efforts by individuals and households to conserve and recycle water. However, in major cities around the world, water is wasted before it even reaches people’s taps.

Water leaking through the cracks

For example, the largest water filtration plant in the world, Jardine Water Filtration Plant, is located in the city of Chicago and pumps out purified water to about 5 million residents via thousands of miles of pipes. However, about 22 billion gallons of water leak through old pipes and broken water mains in the city every year. In Philadelphia, the Water Department pumps out 250 million gallons of purified water daily to nearby residents, but more than 60 million gallons are lost through the pipes every day. 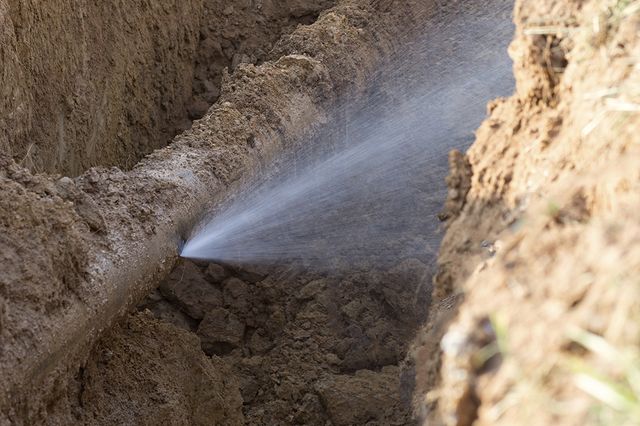 Billions of gallons of drinking water are wasted through cracks and leaks in water pipes. (Source: UCLA)

In Canada, home to some of the most abundant supplies of freshwater, there are cities with 35 to 45 percent water loss. Ontario, for example, has outdated and leaky pipes responsible for the loss of about  CAD 700 million per year in wasted drinking water.

In the UK, about 872 million gallons, or 20 percent the nation’s treated water supply, leaks through old pipes before it reaches residents. This is 62 million gallons more per day than water loss rates from a decade ago, showing the severe consequences aging pipes can have.

The biggest problem with water systems around the world is simply their age. They were built ages ago, often with insufficient materials and outdated technology, and now, they’re too expensive and extensive to repair or replace.

However, old pipes can pose a number of problems. Besides the gallons of wasted purified water, an outdated water system can pose major health risks. In the U.S., 1 in 4 people drinks unsanitary water due to insufficient water infrastructure. It has already been proven that contaminants can enter the water system through leaks that are most often caused by corrosion and material defect. 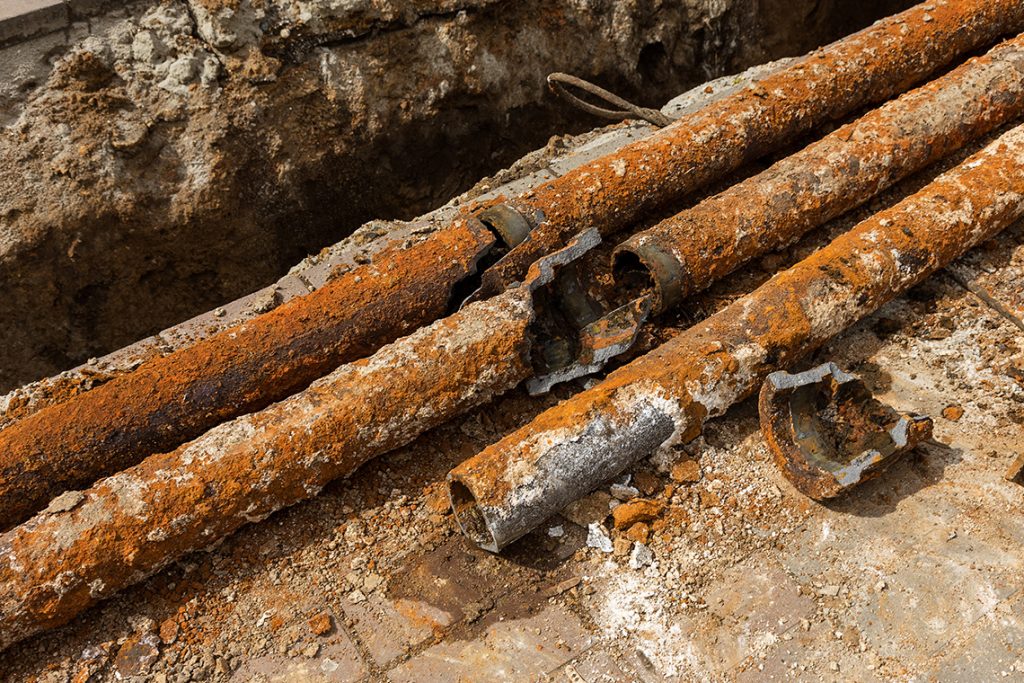 Water pipes installed decades ago are traditionally made of cast iron and laid on wooden blocks or rocks. Such pipes are highly corrosive and most susceptible to damage. Also, a well-functioning pipe keeps contaminated water out with pressure from mains that forces water out of minor cracks, but not in. Over time, damage to a certain section of a pipe can cause this pressure to drop, and groundwater often finds its way in through cracks.

Making it right with steel

The ideal solution for outdated, faulty water pipes would be to replace them with new ones equipped with the latest damage detection and repair technologies. However, such projects are not only expensive, but a city’s water system is often politically, regionally and physically intertwined with other entities, making it difficult to take on such a mammoth task.

Thus, cities opt for isolated repairs instead, either placing a stainless steel clamp over the damaged area or inserting a smaller stainless steel pipe inside the existing, cracked pipe. Stainless steel is the most common material for repairing and replacing outdated cast iron, concrete and lead pipes due to its excellent strength and resistance to corrosion. Higher grades of stainless steel, such as POSCO’s PossSD, can also resist high levels of pressure and are naturally resistant to microbes. Stainless steel can also be manufactured to withstand extreme temperatures.

Major cities such as Tokyo, Seoul and Taipei are undergoing massive projects to replace the majority of their water pipes with stainless steel to ensure safe and abundant drinking water for residents. For other cities, repairing leaky pipes with stainless steel will save millions of dollars currently leaking through the pipes and prevent illnesses associated with contaminated water. As the global demand for water continues to grow and fresh water supplies continue to shrink, conservation is becoming more important than ever, ensuring that stainless steel will play a vital role in water pipe repairs and replacements for years to come in efforts to correct and maintain the system that serves the basis of all human activities.

Cover photo courtesy of The Spruce.