The Women of Steel and Their Journey to Equality

With its blast furnaces, hot strip mills and electric arc furnaces, the steel industry might not come across as an obvious workplace for a woman to build a career. Though, while women were once discouraged, or even forbidden to take up a job in the industry, things have changed in recent years.

Steel is an interesting and essential product, after all, and it is a business where there is as much potential for women to succeed as men, whether in corporate functions, in research and development or on the shop floor. In fact, today, about 20 percent of the salaried and managerial ranks in the field are women, as are 10 percent of hourly workers.

Yet, the journey leading up to this point hasn’t been without its challenges.

True as Steel in Times of Trouble

Throughout World War II, many American women became involved in numerous tasks and duties they rarely had in previous times. As the war became a global conflict of an unprecedented scale, the urgency of mobilizing the entire population quickly led to the expansion of the role of women. With so many men away, women took up jobs that had formerly been considered men’s work. 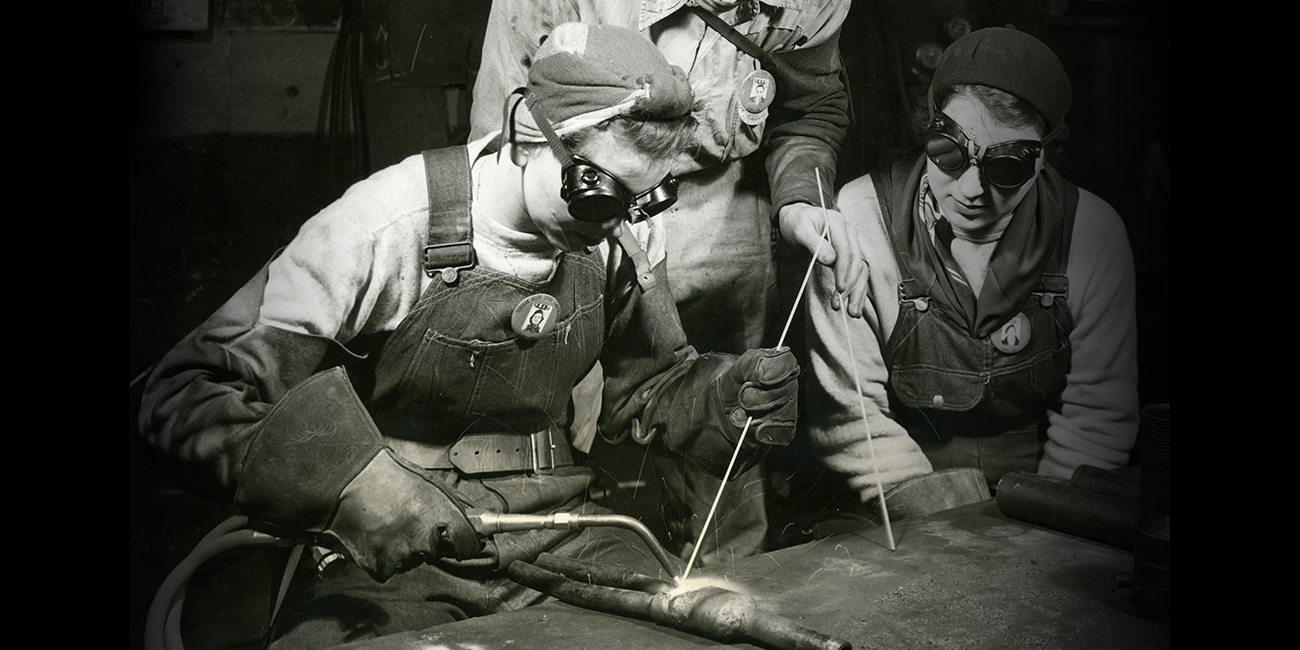 Such responsibilities included running massive hydraulic presses that cut metal parts, or operating cranes to move bulky airplane parts around factories. Other fields that women entered during the war were the metal industry, steel industry, shipbuilding industry and automobile industry. Women also worked in plants where bombs, weaponry and aircraft were manufactured.

Women proved that they could not only do these hard labor jobs, but in some cases, could do them even better than their male counterparts. For example, women tended to pay more attention to detail. “Nothing gets by them unless it’s right,” noted the foreman of California Consolidated Aircraft in the Saturday Evening Post of the hard working women.

A Long Way to the Top

Most of the women who had steel jobs as a result of WWII were in one way or another forced to leave those jobs when the men returned home. The women who remained, however, soon faced considerable gender discrimination in hiring and promotion.

Female steelworker Alice Peurala was one of them. In 1967, after working at a Chicago-based steel mill for more than ten years, Peurala was denied a promotion from her job in the Metallurgical Division to a better job in a product testing lab. She had been told that since the job required overtime and heavy lifting, she was ineligible as a woman.

After suing the mill at the recommendation of the Equal Employment Opportunity Commission (EEOC), a compromise settlement was reached and in 1969, Peurala finally got her promotion. A few years later, the 1974 Consent Decree was signed by nine major steel companies, the steelworkers union and the EEOC, marking a major advancement in the battle against gender discrimination in the steel industry. Cases like Peurala’s lawsuit helped make this change possible.

Despite this victory, however, gender discrimination still existed in the mills. Women were forced to take sick leave for pregnancy and made ineligible for unemployment. In response, Peurala helped to organize the Local 65 Women’s Committee as well as the District 31 Women’s Caucus.

These women of steel dived head-first into an array of campaigns. They formed alliances with feminist groups and became active in the Coalition of Labor Union Women (CLUW). District 31 in particular made a major push for the passage of the Equal Rights Amendment (ERA), sending hundreds of steelworkers to state legislatures to lobby for equal rights.

Thanks to the efforts of these women of steel, and the ones that followed them, conditions have since continued to improve, making the steel industry a more comfortable workplace for female employees. Women now have career opportunities in a wide array of areas in the sector, ranging from hourly to technical to managerial, and there are no limits to how high up the ranks they can climb.

To keep this momentum going, many steel companies offer educational training and pilot programs for women in the field. POSCO, especially, is leading efforts to improve policies for supporting female employees and being a family-friendly place to work through its childcare centers, maternity leave benefits and mentoring programs to promote the advancement of women in the workplace.

Even though the proportion of women at POSCO isn’t remarkably high due to the nature of the industry, POSCO has consistently increased the number of its female employees.

One way POSCO is working to increase the number of its female workers is by creating a culture where all employees are given equal opportunities and rewards. Additionally, POSCO’s W-leadership program aims to promote female leaders of the next generation. The program provides lectures on leadership, workshops and opportunities to apply for worksite operation.

POSCO also works to prevent the interruption of female employees’ careers that is sometimes common during childbirth and maternity leave, and helps them plan their careers strategically. In 2011, POSCO introduced a system that guarantees a maximum of two years of maternity leave—twice the legal standard. Also, POSCO operates a system that automatically allows for child care leave following maternity leave, and has recorded a 97 percent employee return rate after adopting this system.

For these efforts, POSCO has been recognized through a number of awards. The company was named one of the “Best Companies to Work For” in Korea’s “100 Happy Companies” list, and is favored as a good workplace for both male and female employees.

If today’s women of steel are anything like those who steadfastly sacrificed their time and effort during World War II, or those who bravely faced discrimination to ensure equitable working conditions for all, the steel industry will most certainly continue to remain in good hands. And, as women continue to advance in the industry, POSCO, too will continue to evolve to help them move forward in their careers.