Steel is strong and flexible. POSCO Newsroom had explored the strength and flexibility of steel through many reports, “Bend It like Steel” being one such example.

Steel shines across all fields of sports, especially in fencing — because for professional fencers, quality steel can not only save a match but also a life.

Due to its strength, flexibility and extreme toughness, professional fencers will only compete using swords made from maraging steel

US two-time Olympian fencer Lee Kiefer, has what is known in fencing circles as a ‘killing flicking riposte’. From the French for ‘retort’, the riposte is an offensive fencing action made to hit your opponent after blocking an attack.

But what makes Kiefer’s riposte special is her spectacular flick, in which she whips her fencing blade to drastically bend it, so she can hit opponents in hard-to-reach places. The diminutive fencer has used her killer riposte again and again to win medal after medal, and it wouldn’t be possible without her maraging steel blade.

“Thirty years ago we didn’t really have this flicking action – it was just so rare to see, as the quality of the blade wouldn’t permit this,” says Eric Mallet, fencing master and former member of France’s Junior National team, now running the Austin Fencing Club in Texas.

“But now we have flashy fencers that carry out actions that are so physically impressive,” he adds. “The reason they can do this is down to the blade they use.”

Maraging steel first came to the fore in fencing following the death of Soviet fencer, Vladimir Smirnov, in 1982. During the Rome Championships, his opponent’s blade broke and penetrated his mesh mask, piercing his eye and brain. His death, nine days later, prompted safety improvements in fencing gear, including the use of maraging steel in blade production. 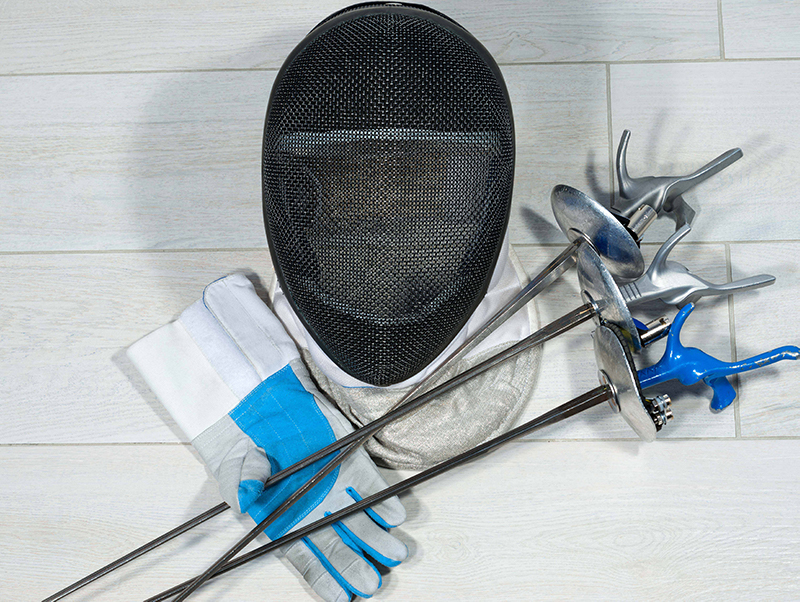 With roots in aviation, maraging steel is a high-strength alloy made with around 18% nickel and lesser amounts of cobalt, molybdenum, titanium and aluminium.

This combination of alloying elements stops titanium carbide precipitates from forming during heat-treatments as part of the manufacturing process. This in turn preserves the alloy’s amazing impact strength, ductility and toughness.

As Ben Paul, co-owner of UK-based fencing equipment manufacturer, Leon Paul, highlights: “Thanks to its chemical composition, the blade typically lasts four times longer than a carbon steel version, so straight away you’re reducing the chance of injury.”

Indeed, when microcracks inevitably form on the blade during swordplay, maraging steel slows the cracks from spreading. This slow propagation of cracks preserves the steel’s rare combination of high strength and toughness, which for fencers is critical.

According to Mallet, before maraging steel, a fencer was lucky if his or her blade lasted six months. Today, the blade can endure around two fencing seasons.

“Regular steel blades could also break suddenly with a sharp angle that was very dangerous for the fencer – maraging blades don’t do this,” he adds. “When you have a sword in your hand that is working well, it gives you this confidence that you just didn’t have years ago.”

And for Paul, this steel is the difference between winning and losing. “A maraging blade can be bent to absolutely ridiculous levels before fracturing,” he says. “This means fencers can make these incredible flick hits that are almost undefendable, if performed correctly.” 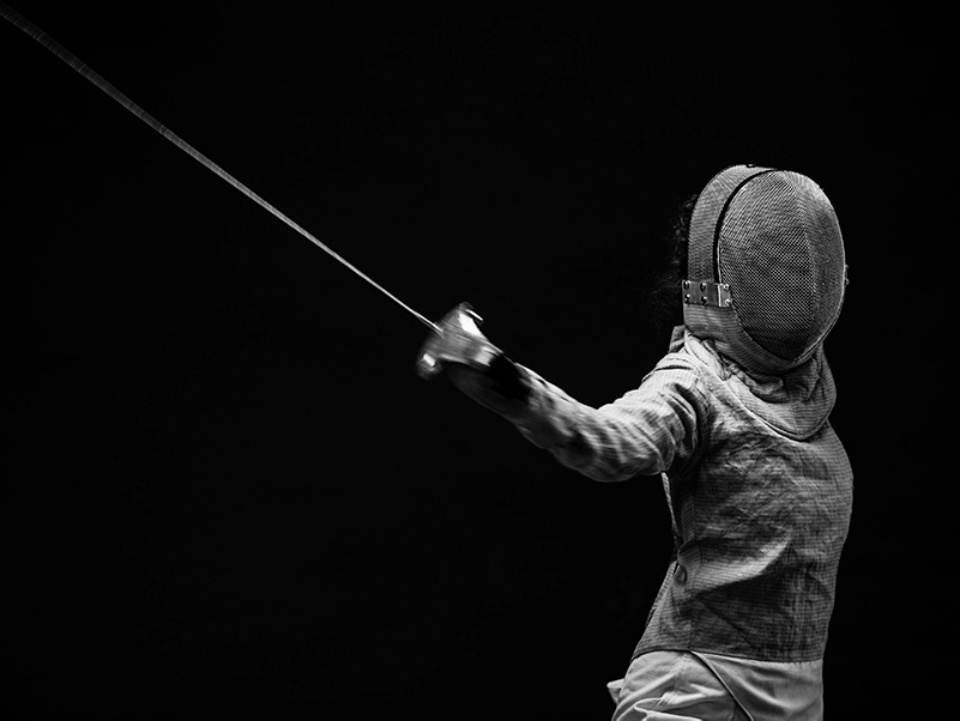 l Made to Measure

Leon Paul has made maraging steel blades at its London-based forge since the 1980s and is one of only a handful of manufacturers worldwide making swords from scratch.

Three types of fencing weapon exist, each featuring different blade designs. The ‘foil’ is a thrusting weapon with a rectangular blade designed to bend on impact, while the ‘epee’ is similar to the foil but has a triangular blade. The ‘sabre’, with its flat blade, is designed for cutting as well as thrusting.

To make the blade, a steel rod is cut to the correct length according to sword-type and then heated by induction coils so that it’s malleable, ready for hammering into shape while still red hot. After air-cooling, the blades are hardened and tempered in blisteringly hot salt bath ovens to impart the much-loved springy yet strong properties.

In a final step, the cooled blades are pelted with glass beads – a process known as shot-peening – to further strengthen the weapons and improve surface finish.

Many years ago we experimented with fibre-glass blades and it was horrible…right now, maraging steel really is ‘it’

According to Ben Paul, his factory fabricates around 15,000 swords a year with a multitude of designs to suit different fencing styles. “Making the blade thinner at the tip or thicker at the base alters how it feels for an athlete,” he says. “If you have a light, thin blade then you tend to be an attacking-type player, but if your blade is heavier then you can be more defensive and hit on the counterattack.”

Slow-motion footage of blades on test rigs is used to guide design, with videos providing valuable details on how weapons could react during a fencing bout. As Paul adds: “We can now start to see how different forces on a blade will make it react, as it bends or curves.”

So, where next for the maraging steel blade? Right now, Leon Paul is looking at milling tiny holes in a blade to make it lighter, while France-based manufacturer, Blaise Frères, has developed a new blade-coating, again to save on weight.

And while manufacturers have toyed with alternative blade materials such as carbon-fibre, Paul is certain the traditional sport of fencing will “never move away from steel”.

Fencing master, Mallet, clearly agrees. “Many years ago, we experimented with fibre-glass blades and it was horrible… you had zero-response, it was very bland and very awkward,” he says. “Right now, maraging steel really is ‘it’.”

The original content published on the worldsteel’s ‘Our Stories’ section is available at: https://stories.worldsteel.org/innovation/maraging-steel-olympic-fencing-blades/