Interview: All about Ability! Not Disability!

There is no doubt that Corporate Social Responsibility (CSR) is one of the fundamental aspects of a global company. POSCO not only agrees with this principle but is also taking an active role in contributing to various programs for the betterment of the society. Supporting athletes with disabilities is one of them.

Pride of the Korean-Made

The passion of the athletes seen at The PyeongChang 2018 Paralympic Winter Games is unforgettable. It is to this end that POSCO has devoted itself to supporting athletes with disabilities.

When it comes to sports, even small improvements in technology or changes to the gear may bring about huge differences. Having supported the national para ice hockey team since 2016, POSCO developed lightweight sledges with improved tolerance shock absorption for the Korean para ice hockey team so that the athletes could focus more on the game. This made POSCO the first company in Korea to manufacture athletic gear for national Paralympic teams. Equipped with motivation and new gear, the Korean para ice hockey team achieved an amazing Bronze medal in The PyeongChang 2018 Paralympic Winter Games.

With memories of The PyeongChang 2018 Paralympic Winter Games still fresh, South Korea recently observed the National Day of Persons with Disabilities on April 20. In recognition of this day, POSCO interviewed Jin-Owan Jung, head officer at the Korea Paralympic Committee Icheon Training Center and manager of the Korean Paralympic team the man who led the Korean team at The PyeongChang 2018 Paralympic Winter Games and one who both understands and represents the interests of people with disabilities in Korea.

“It’s Not Just About Overcoming Your Disability But Accepting It.- Jin Owan, Jung” 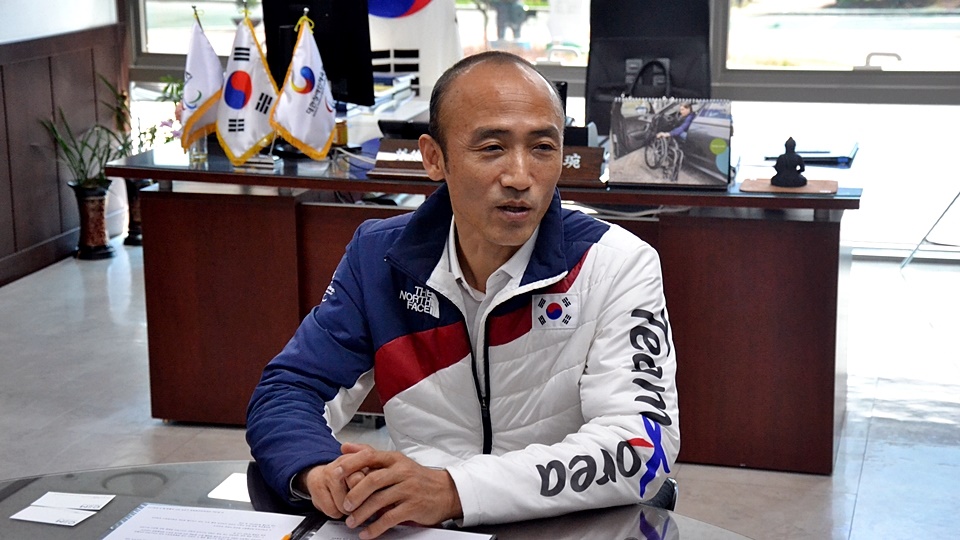 He emphasized the recognition and acceptance rather than struggling

Accept who you really are

Jin-Owan Jung was 22 years old when a car accident left him paralyzed from the waist down in 1987. Undeterred by the accident, Jung set his eyes on becoming an athlete for the Paralympics when he saw the Seoul Paralympic Games in 1998. He won 2 medals – a gold and a bronze – in Shooting in the 2000 Sydney Paralympics Games. After retiring as an athlete, his passion for sports drove him to take on a new role in administration. The experiences gained as a Para sport athlete and also by interacting with others with disabilities, gave him a perception that acceptance of one’s disability is more important than struggling to overcome it. 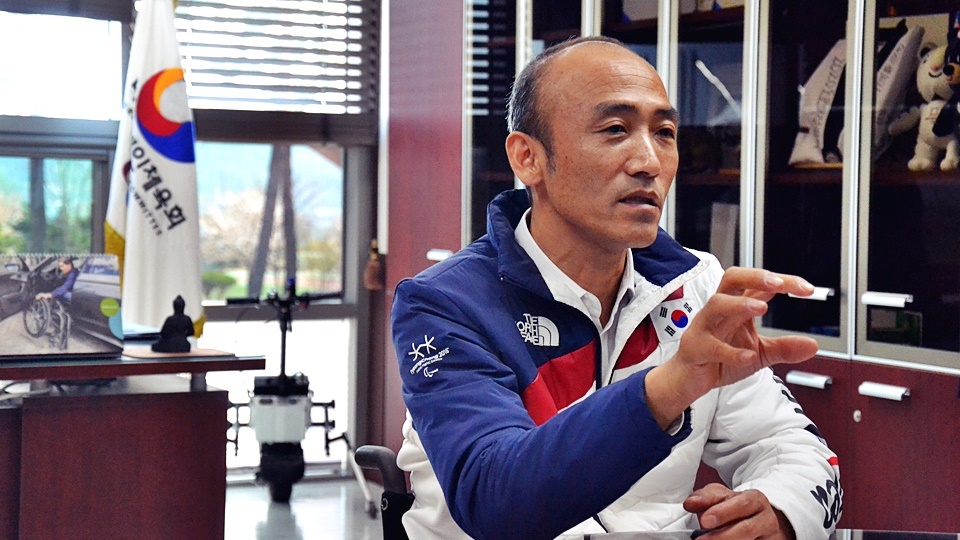 You are not alone

The PyeongChang 2018 Paralympic Winter Games was a huge success in that the athletes’ passion inspired positive change in the society’s views toward people with disabilities. Jung noted that the infrastructure for people with disabilities in The PyeongChang 2018 Paralympic Winter Games was much improved in comparison to past games. However, he believes there is still room for improvement. Additional and sustainable social support is necessary to ensure those with disabilities can enjoy living conditions equal to those of other citizens and have an equal share in the development of their societies. 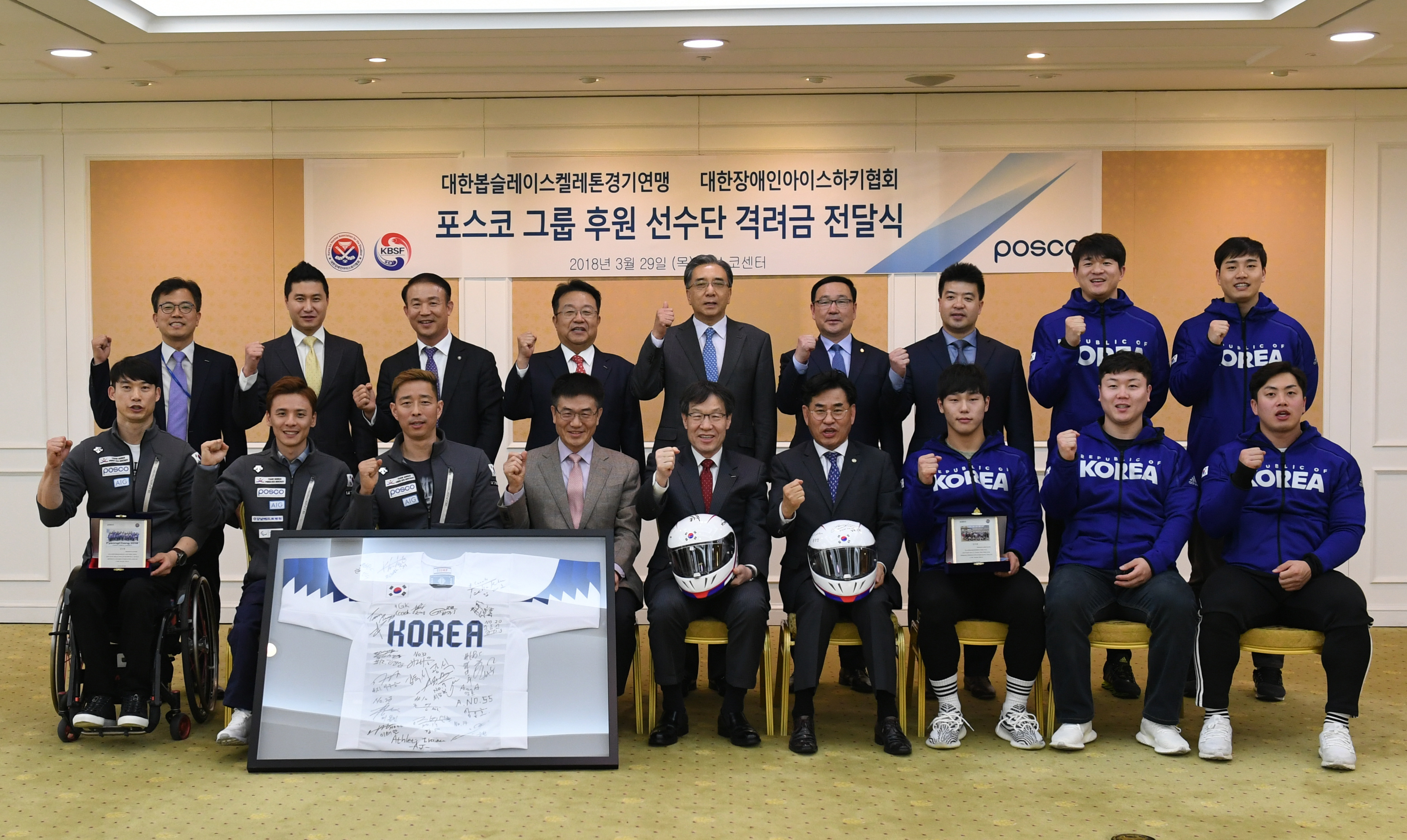 POSCO supports not only their technology but also financial aid

Jung explains, “Financial support is not everything but it is important in certain circumstances.” POSCO has been a proud sponsor of athletes with disabilities and has provided roughly $2.6 million in support of Para sport since 2011. This year, POSCO donated $370,000 to the Korean Paralympic team in honor of their effort and passion. 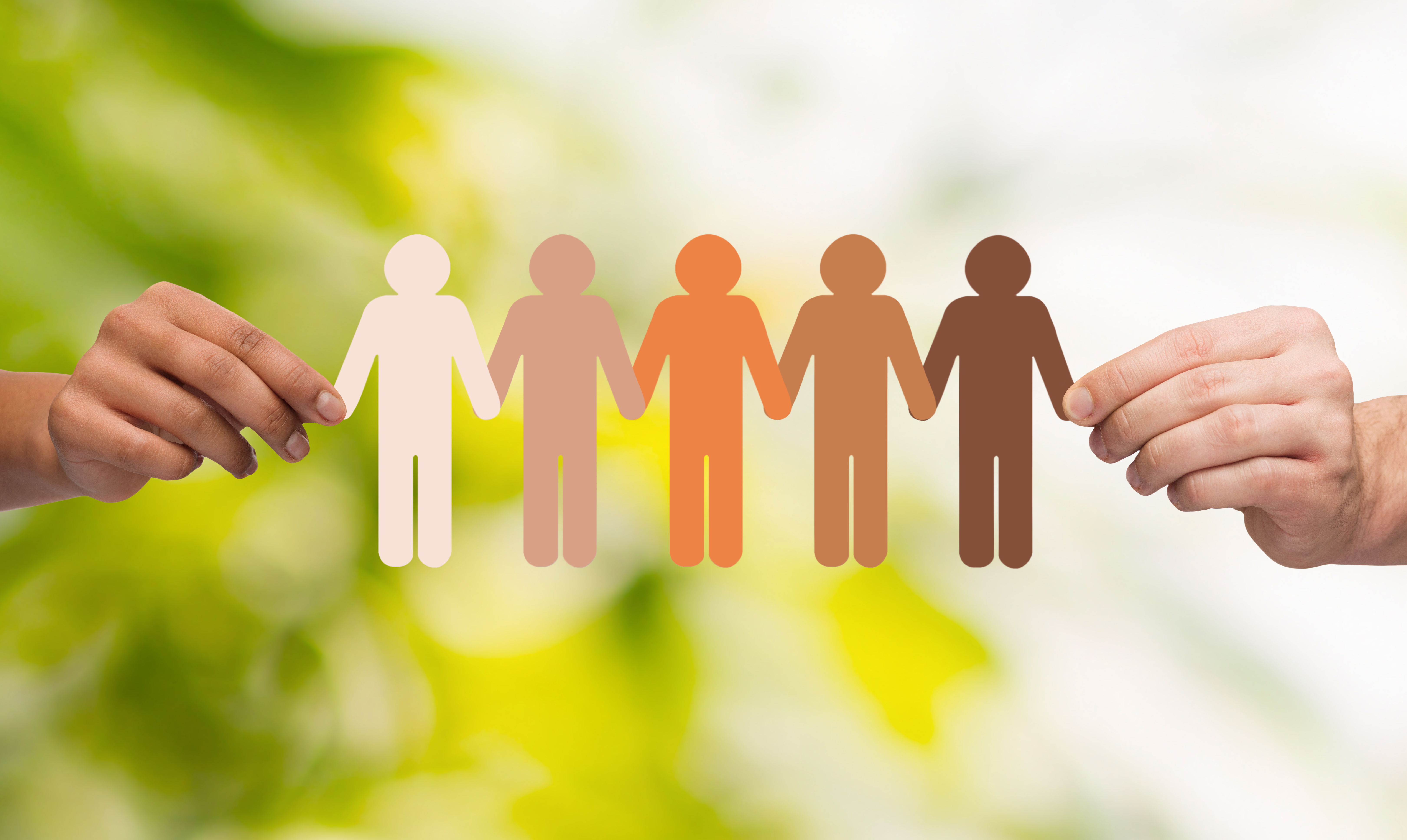 ‘Harmony’ is the element that POSCO will promise for better society

Jung believes that sports might be the key to resolving discrimination against people with disabilities. However, this can only be accomplished with active contribution from supporters. POSCO will continue to support Jin-Owan Jung’s dream of achieving social harmony and creating a society where having a disability does not impede one’s quality of life.