worldsteel Outlook: Down in 2016, but Rebounding Next Year

It’s been a tough year for steel in much of the world, but could the world market be bouncing back? The World Steel Association (wordsteel) thinks so. In its latest Short Range Outlook for 2016 and 2017, worldsteel predicts demand will have another declining year in 2016 before finally rebounded after that.

Following a 3.0 percent contraction in 2015, the association estimated demand will decrease another 0.8 percent this year to 1,488 million tonnes (Mt), but will rebound slightly in 2017 for a modest 0.4 percent growth to reach 1,494 Mt. 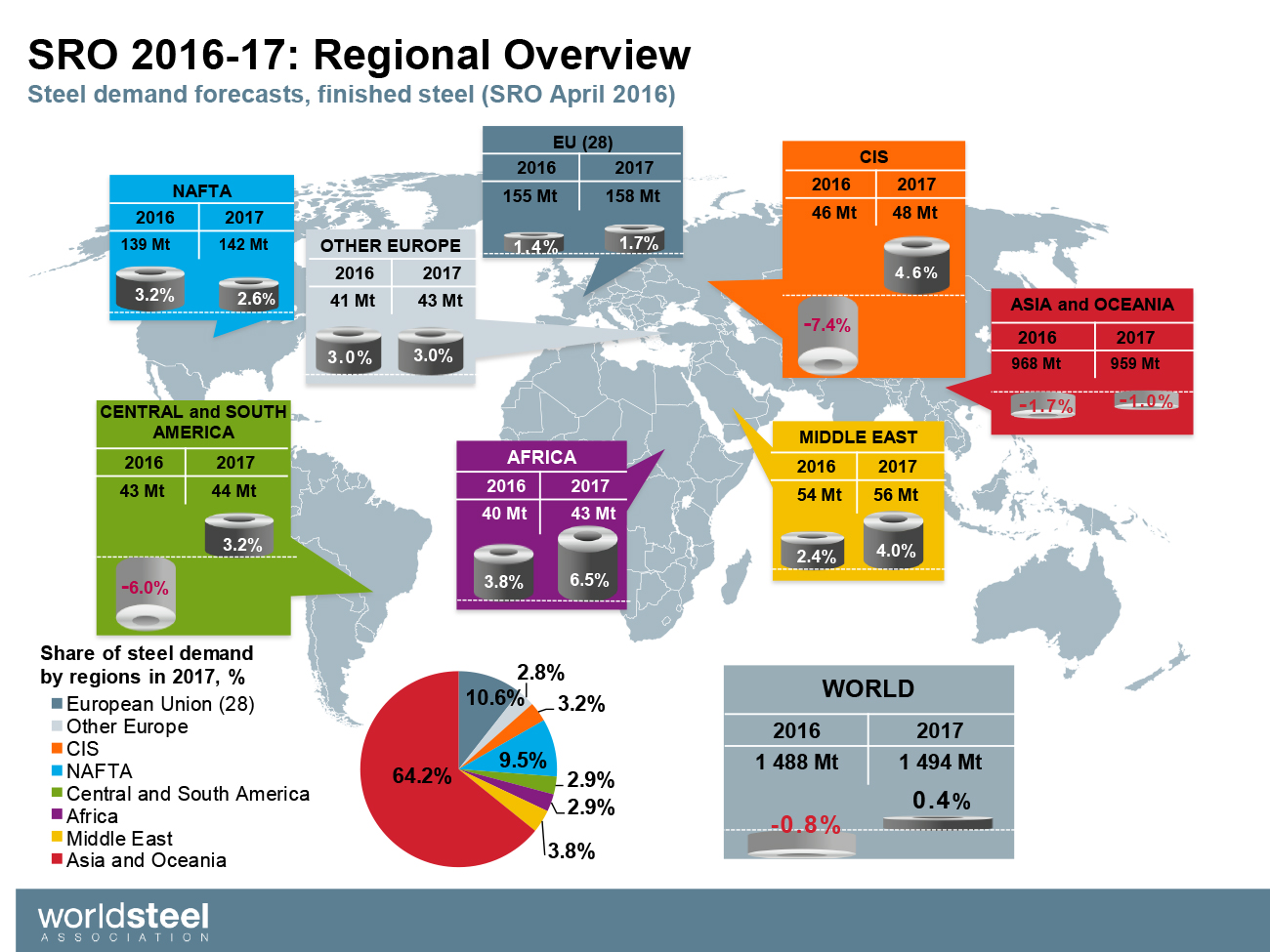 The Central and South American regions are expected to enjoy the biggest rebound, declining by 6.0 percent this year, but growing 3.2 percent in 2017. And the CIS will likewise contract 7.4 percent in 2016, but enjoy 4.6 percent growth next year.

TV Narendran, chairman of the worldsteel Economics Committee, said: “The economic environment facing the steel industry continues to be challenging with China’s slowdown impacting globally across a range of indicators contributing to volatility in financial markets, sluggish growth in global trade and low oil and other commodity prices.”

“Growth for steel demand in all markets except China is expected in 2017,” Narendran said in the report. 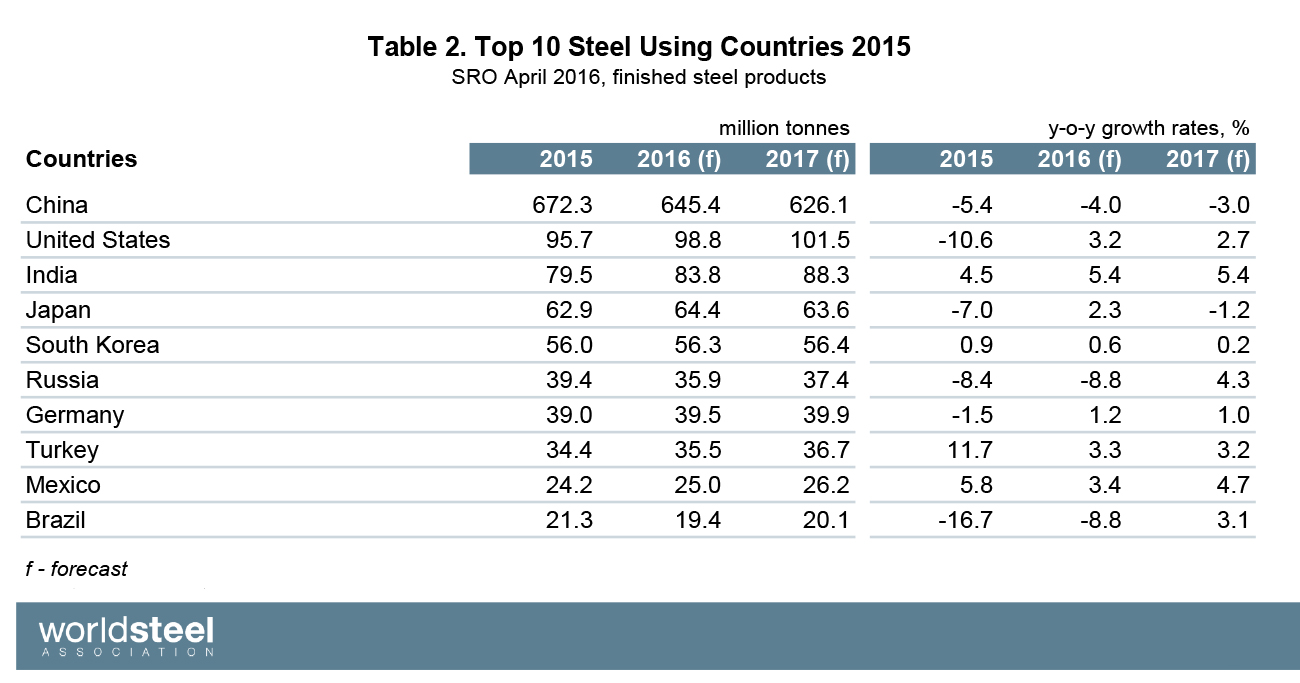 The report identified a “severe depression” in construction activities in China as being a major contributor to the slowdown there, predicting a 4.0 percent decline this year and a 3.0 percent drop next year.

Other markets continuing to struggle include Brazil — which fell 16.7 percent in 2015 and should contract another 8.8 percent this year before recovering a little in 2017 — and Russia.

However, territories seen as growing this year and next year include Turkey, Thailand, Malaysia, Vietnam, Indonesia and the Philippines.

All told, demand for steel in emerging and developing economies (excluding China) is predicted to grow 1.8 percent this year and 4.8 percent next year, to raise their total demand for steel to 457.1 Mt (about 30 percent of world demand).

worldsteel’s prediction that steel demand is turning around matches many of the financial results seen in POSCO’s first-quarter earnings report for 2016. POSCO announced KRW 12.45 trillion in revenue, down slightly from the previous quarter, but its operating profit was up KRW 319.3 billion to KRW 659.8 billion.

In the report, POSCO attributed its improving financial results to strong improvements in sales performances by its overseas steel corporations. POSCO has also announced a sales goal of KRW 58.7 trillion for 2016, up slightly from 2015.