As a world’s leading steel company with its goal firmly set on becoming a 100-year enterprise, POSCO is no stranger to rapid changes sweeping across the globe – in trades, environments as well as in the steel industry itself.

Although growth in steel demand remains positive, the YoY growth rate is indeed slowing down. In the recent publication of the April 2019 Short Range Outlook (SRO), the World Steel Association (worldsteel) projects the 2019 global steel demand will reach 1,735 Million tons – a 1.3% YoY increase. In 2020, demand is projected to grow by 1% to reach 1,752 Million tons.

Undeniably, when compared to the 2018 growth rate of 2.1%, the demand growth across the globe is steadily diminishing.

Last December, when POSCO Research Insitute released its 6th issue of Asian Steel Watch, a biannual English Journal that focuses on the Asian steel industry and market, it conducted an extensive interview with Mr. Lieven Top who specifically discussed the challenges steel industry is facing.

POSCO Newsroom followed up with Mr. Lieven Top, the Chair of the OECD Steel Committee at the time and now a member, to hear his perspectives on the issue. What are some of the challenges the global steel industry is facing and what are the implications of such challenges for POSCO as it looks towards the next 50 years? 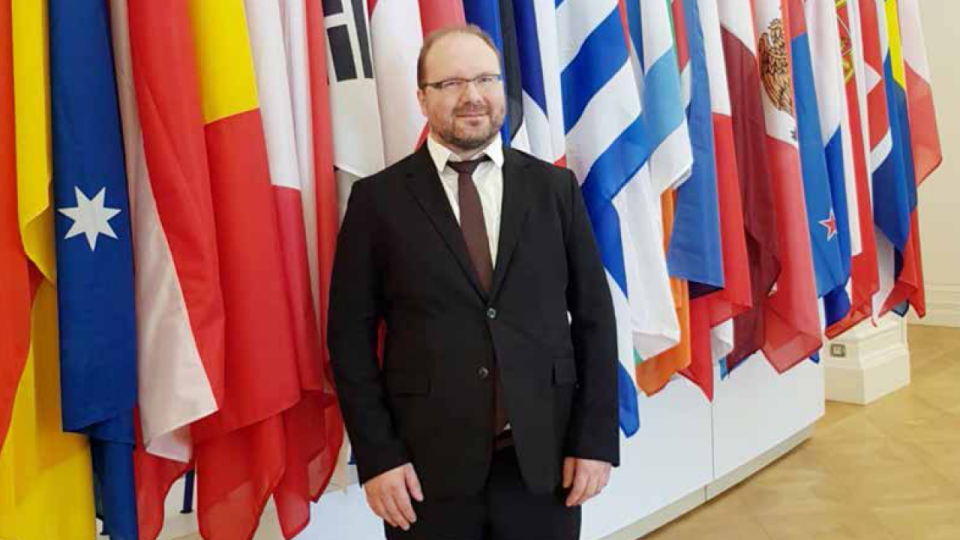 Just like any other industry, the steel industry is subjected to the effects of important changes in the global economy. According to a recent OECD analysis, global GDP growth forecasts were revised downward for this year as well as 2020. 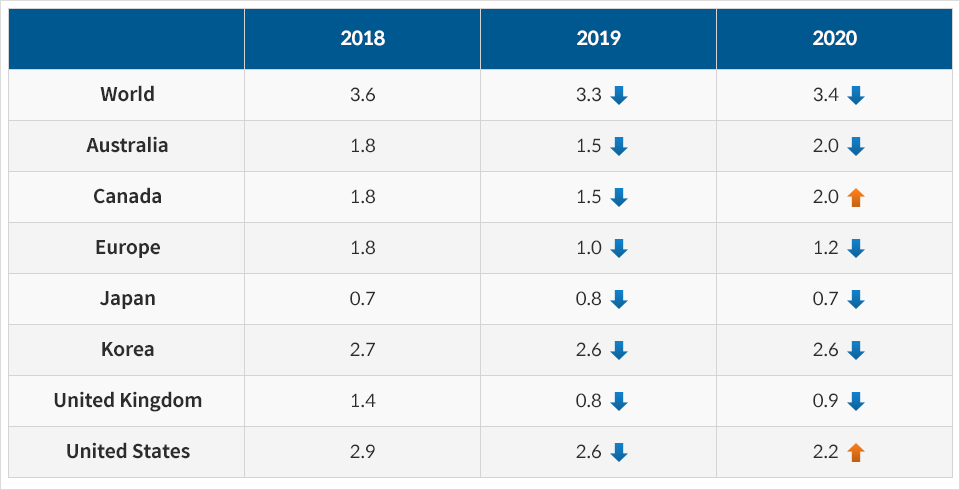 It can be expected that this change, could cause a negative evolution in various fields, such as trade conflicts, and deterioration of confidence for companies and consumers.

For the steel sector specifically, there were extra downturns with decreasing market prices in 2018 which was accompanied by a substantial increase in crude steel production by almost 5%. The growth of steel consumption, on the contrary, slowed down in numerous large economies. Despite the efforts by some economies like closing down a limited number of capacity, this causes a continuation of overcapacity at a high level. This remains the key challenge of the steel sector worldwide. As long as this structural imbalance between steel capacity and production persists, we are looking at the picture of a struggling sector facing high risks going forward.

The only way forward to a fundamental healthy steel future is clear: a significant decrease of this excess capacity. In the seventies, this was demonstrated by the ‘plan Davignon’ dealing with precisely this type of situation of excess capacity in western Europe. One of the painful lessons learned was that the longer one waits with the necessary decisions to reduce significantly, the more difficult it becomes for steel companies, investors, state budgets and the future of workers and their families.

A substantial and crucial part of those needed decisions to address excess capacity is the elimination of market-distorting policies. These policies include certain financial and other government support measures. So-called zombie firms are one large example of the results to what this market-distorting support leads.

With a view on new investments in the pipeline, it is also of importance to avoid potential new sources for considerable extra excess capacity. To avoid the related negative financial and economic effects or underperformance, it is in the interest of all concerned to explore potential approaches for new investments staying in balance with the evolution of local or regional consumption patterns. This would also support market prices and sustainable financial perspectives for industry and shareholders.

l G20 Heads of State Address Overcapacity
The key body to guide and support authorities to address this overcapacity is the Global Forum on Steel Excess Capacity. Bringing together 33 economies, the Forum laid out the groundwork to gather information and report on the root causes and government policies that lead to global overcapacity. 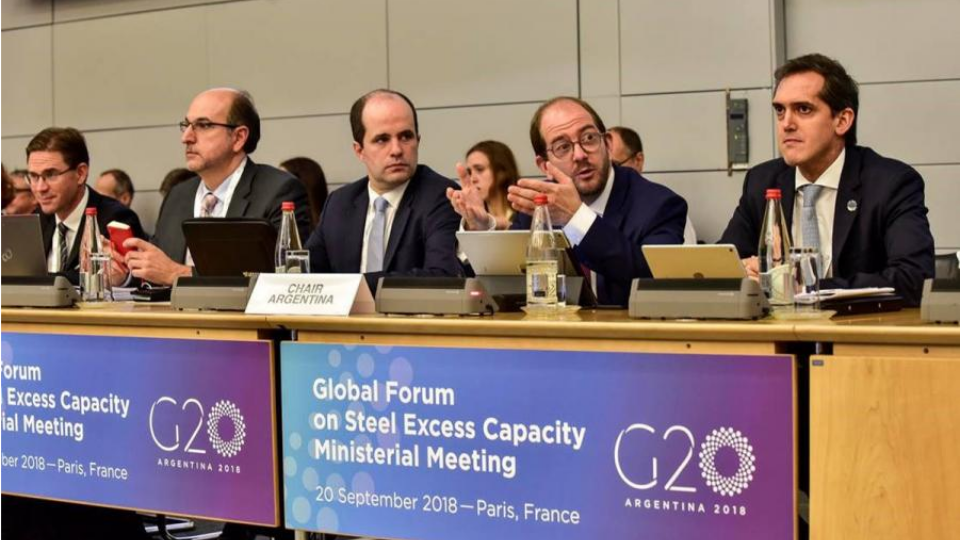 Established in late 2016, the Forum reports to the G20 Heads of State, and since its formation, the Forum has been building momentum so that the world’s major steel-producing countries can tackle excess steel capacity at its source. One clear progress that came out of the Forum was the December 2017 agreement on principles and recommendations for states to dismantle market-distorting subsidies. In September 2018 this was followed by the agreement to further reduce capacity wherever necessary, to avoid that overcapacity is increased in the future, as well as to work to eliminate subsidies causing overcapacity. Obviously, these commitments also need to be implemented by all economies concerned.

The Forum is currently in the last year of its three-year term, waiting for an extension. Hopefully, all member countries will be conscious of their historical responsibility in addressing this global steel challenge in a cooperative way. In the 21st century, steel value chains in the world economy have become so intertwined that the impact of any policy decisions reaches far beyond the national boundaries, just as the related responsibility of authorities. 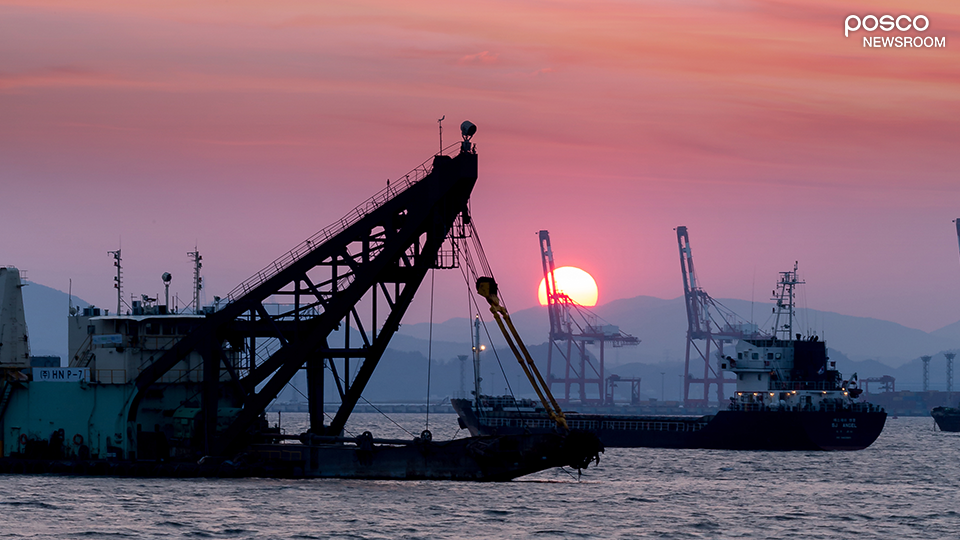 Another growing concern and challenge for these principal actors is the increasing number of trade actions globally in the steel market, and the further decline of the steel trade last year in comparison to 2017. Certain unilateral measures also cause almost chain reactions of trade measures by other countries.

This also illustrates the importance of a multilateral rule-based framework and institution like the WTO. This will support a further evolution towards a sustainably growing international trade. From which also the whole steel sector will benefit in the long term. As this provides a basis for legal certainty for all actors involved in the steel industry, especially in unstable situations of frictions that we are confronted with, when already uncertainty brings also an economical cost.

l Circular Economy: An opportunity and a Way Forward
An additional factor in this moving and rather complex landscape is the rise of the circular economy. As a front runner, the steel sector had not waited to apply this frame, long before the term even existed. The difference is the spread and application in many more industries and products. Forecasters are continuously working on improved modeling, to estimate the impact of this concept on the steel sector also. It is becoming more and more evident, that also the steel sector, and the needed capacity and production levels, will undergo the effect of this accelerating evolution. 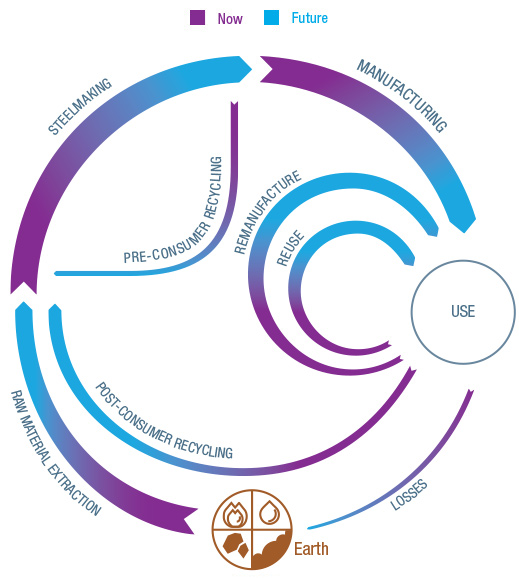 * A sustainable future for steel: a new economic model like circular economy maximizes the value of raw materials by encouraging reuse and remanufacturing. In a circular economy, the already-high recycling rate for steel will increase and will result in more recycled steel to make new steel products.

At the same time, the frontrunner position of the steel sector and circular integration in other industries worldwide, do also create economic opportunities for steel companies contributing to potentially significant reductions of greenhouse gasses in societies the next decades. In order to fulfill the full potential of this role, the expectation is that particularly the steel sector is looking at increasing investments on low carbon energy use and production processes. Venturing into promising economic pathways by cross-sectoral cooperation, backed by intergovernmental cooperation and innovation practices will help to move towards a future proof steel industry.

Mr. Lieven Top is a Climate & Industry Advisor to the Flemish Ministry of Economy, Science & Innovation. From 2016, he served as Vice Chair and Chair of the OECD Steel Committee, currently serving as a member of the Bureau of the Committee.