As 2016 begins, we’ll focus on sustainability. A key issue for many businesses, sustainable production and operations are critical to long term success. One of steel’s best assets is its ability to be reused and recycled, creating less waste during and after production. This is both good for the environment and cost-efficient. We’ll discover a few ways that steel is impacting waste reduction around the globe.

Not only is reducing physical waste important to the future of the planet, reducing greenhouse emissions and renewable energy sources are just as important. Steel is useful in all three of these initiatives, and we’ll explore how.

In June, we shared with you a story covering the concept of underwater exploration and civilization. As the world becomes overpopulated, the threat of climate change increases and sea levels rise, humanity is seeking alternative living environments. Presently, some small underwater habitats and underground waterways exist, but what does the future hold for the possibility of underwater living? In a follow up to the previous story, we’ll understand how sustainable steel can impact this possible alternative. 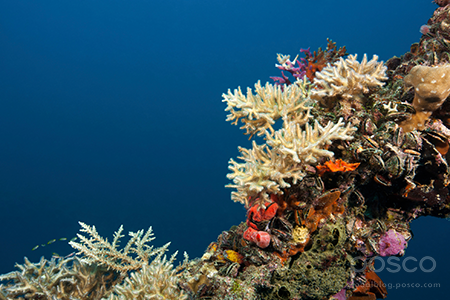 Primarily used to catch menhaden fish for the better part of the last decade, the MV Shearwater is now part of the Del-Jersey-Land reef, located 26 miles off the coast. The 176-foot vessel went down in 120 feet of water. It took about six hours to fully sink the ship after flooding the interior compartments.

The reef has many ships and other steel structures which are ideal for man-made reefs because of the cavities in them, a perfect place for fish and other sea life. Blue mussels, sponges, barnacles and soft corals have attached themselves to the structures, and the reef should be its own ecosystem in about a year.

Built in 1944 in Stockton, California, the steel-hulled Shearwater was meant to be an army transport vessel; however, the Army later turned it over to the Coast Guard to man the Pacific until 1950. It was then taken out of service until the early 1960s, transferred to a civilian naval crew surveying the Atlantic and then returned to the Army in the 1970s. Later, the MV Shearwater was sold as a menhaden fishing vessel.

In 2012, it was sold to a Virginia Beach shipyard that specializes in converting and sinking retired ships for artificial reefs. 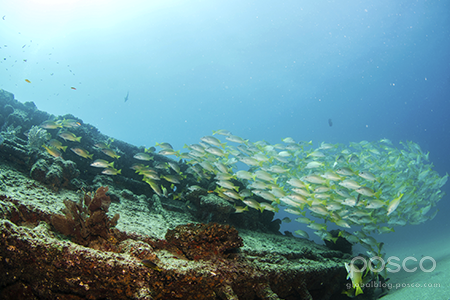 We’ve researched the rich history of steel, from the use of steel and iron in the vernacular to the Iron Age, the Industrial Age and steel’s presence in weapons and war. We’ve dug into the ways steel lives in modern cultures, from vibrant music to lunch deliveries and eating utensils. This month, we’ll delve deeper into how the sustainability of steel impacts the future.

Steel Frame Cycling: Steel vs Carbon: After the cycling community experienced a wave riders riding “fixies” (fixed gear) in the mid-2000s, the biking community has increased by almost 50 percent. With that growth, steel’s influence on the biking community is also rising. Often touted for is light weight, carbon fiber produces greenhouse gas emissions during production. Due to steel’s comfort, strength and cost-efficiency, cyclists are returning to steel frames.

Redefining Steel Slag: Slag is a non-metallic residue produced during the iron and steelmaking process. Slag is also the main by-product of steelmaking. Many companies and governments are figuring out ways to both reduce the production of slag and reuse the slag that is produced.

Steel Solutions in Wind Energy: Steel turbines produce wind energy, one of the world’s best renewable energy sources. Wind turbines made of steel convert kinetic energy into electrical power. Wind farms are increasing the supply of an important source of renewable energy and being used by countries around the world as part of a strategy to reduce the reliance on fossil fuels.

POSCO and Sustainability: Ever since its founding, POSCO has been committed to the environment and humanity. Understanding that sustainability is necessary for the future growth of communities, POSCO has developed a sustainable management system.

How POSCO Steel is Shaping the Future: POSCO steel is used in many initiatives to create a sustainable future. We’ll take a look into some of the buildings, products and other applications that POSCO steel has helped create.