Following the theme of innovation, October will rewind to the beginning of steel’s story. This month’s content will delve into the rich history of steel, and how it has been one of the greatest catalysts of urbanization and globalization.

As one of the world’s leaders in steel manufacturing, POSCO has been integral in both the development of Korea’s economy, as well as the economies of its global business partners.

Steel has not only influenced lifestyles in practical ways, but has also made its mark culturally. Often referenced in pop culture (music and movies), it has also found its way into colloquial language.

The Language of Iron

Iron, a fundamental metallic element, is used as an adjective to describe strength. 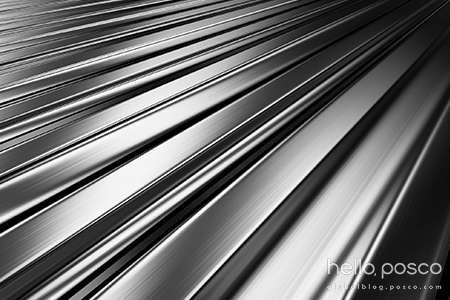 To have an iron grip means to have a tight grasp on something. It can also mean firmness or domination.

In the 1800s, military ships and vehicles were clad with iron to reinforce them against cannon ball attacks. Metaphorically used for something that cannot be broken, legal bindings can be described as ironclad.

Iron fist is an expression used to describe a person’s strict control of a situation or a group of people. Historically, people often refer to sovereign leaders as “ruling with an iron fist.”

Iron Lady has been used to describe female political leaders around the world. The term describes a strong-willed woman. The metaphor was most famously applied to Margaret Thatcher.

Iron is used to make an even stronger metal, steel. Like iron, steel is used metaphorically as an adjective to describe those who are strong-willed. 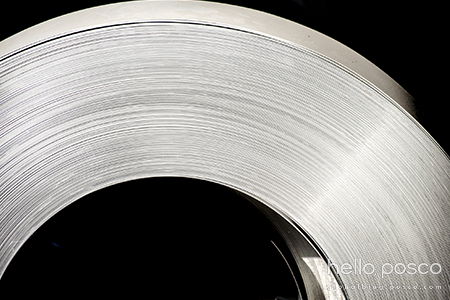 Frequently used as a positive characteristic, having a steel will is used to describe those who overcome adversity. Steel is often used to refer to one’s resolve, focus or determination.

Having a heart of steel can suggest one does succumb to emotional turmoil. This characteristic can be perceived as strength or coldness.

Having steely eyes means one has an intense gaze. Usually meant to describe those with strong determination, it can also mean their eyes reflect a hardness or coldness.

In October, with the theme of “History“ we will share stories focused on the history of steel as it drove agriculture and industry, enhancing lifestyles and connecting the world. POSCO’s long history as a leading steel manufacturer has played a big part of globalization. Stay tuned for the following stories. 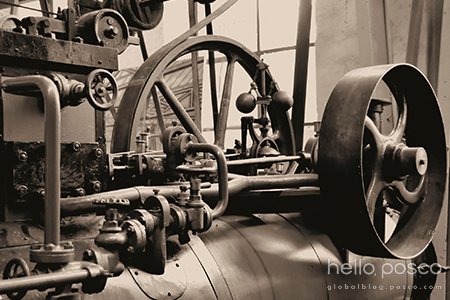 POSCO’s Top Five Moments: The top moments from each decade of POSCO’s history

How POSCO Became POSCO the Great: From its beginning, how POSCO forged ahead to become Korea’s greatest steel producer

The Iron Age: Changing Daily Living: A historical view of the Iron Age and how it changed individual life

Steel History of Weapons and War: How use of iron impacted weaponry and war