Container shipping moves 95 percent of all manufactured goods around the world, and in 2017, USD 4 trillion worth of products sailed across the seas. Container shipping first began in 1956 when Malcolm McLean stacked 58 steel containers onto a cargo ship to transfer goods from New Jersey to Houston. The idea was groundbreaking as products could go from ship to trains, trucks, etc. without being repackaged. The steel containers also kept products safe during the voyage overseas and handling at transfer points. Container shipping ultimately cut delivery times and labor costs, and established itself as the bedrock of today’s logistics industry and global trade. 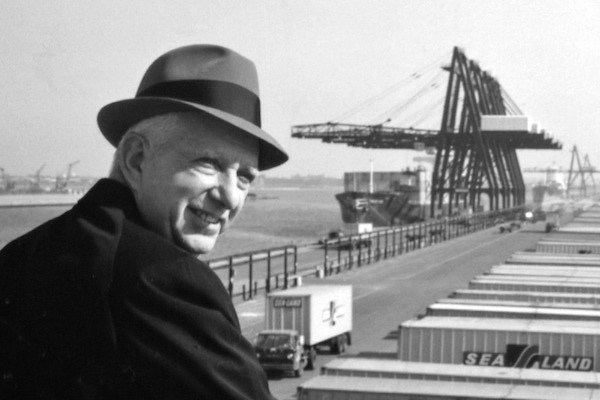 Malcolm Mclean was an American truck driver who invented container shipping and revolutionized the logistics industry. (Source: Will Box)

Now, at the onset of the Fourth Industrial Revolution, container shipping is undergoing a smart makeover to become more efficient, environmentally friendly and cost-effective. Major shipping companies and ports around the world are adopting smart technologies such as Blockchain, Big Data and IoT to automate operations. For example, the world’s largest container shipping company, Maersk is operating on IBM’s  blockchain-like system to cut out additional paperwork and conduct efficient, transparent operations. Major ports now have smart sensors and artificial intelligence (AI) to collect data about the environment and respond to changes in real-time. Finally, to keep up with all the new technology, new infrastructure is outfitting the smart ports of tomorrow.

So, here’s a glimpse into some of the most advanced ports around the world and what the future of container shipping holds.

SEE ALSO: The Changing Waves of the Shipping Industry

The Port of Rotterdam is Europe’s largest port with more than 461 million tons of cargo and 140,000 vessels passing through it every year. In January 2018, the Port of Rotterdam Authority and IBM announced they will collaborate on a digital transformation project to turn the Port of Rotterdam into a smart, connected port of the future. Already, there are sensors being applied across the span of 42 kilometers of the port both on land and in the sea to collect data about the port’s surroundings. 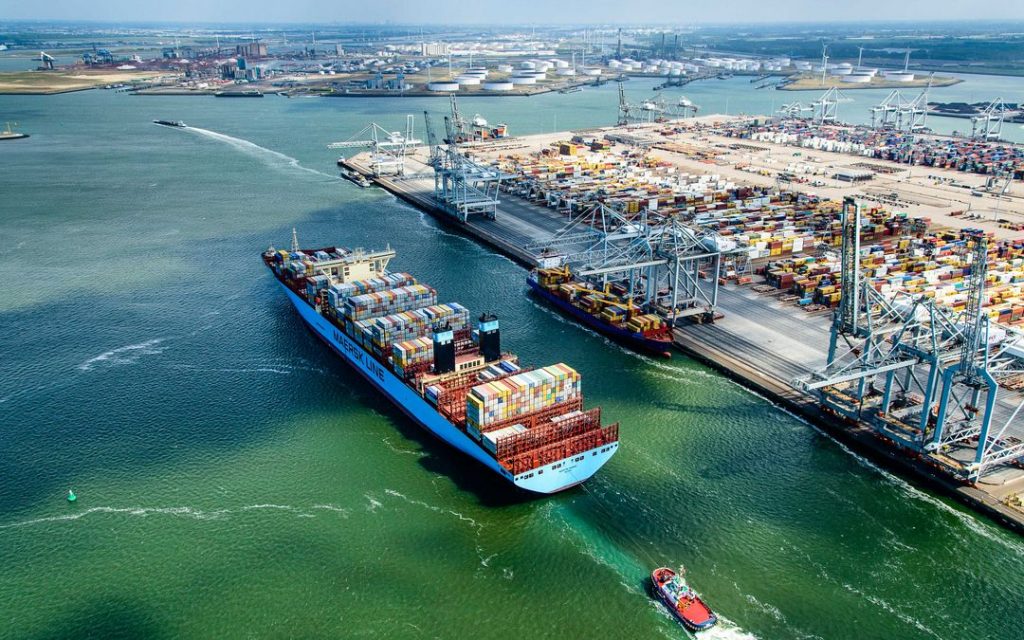 Most importantly, the new port will have a central dashboard which will act as the brain of the entire port. The sensors will collect data and send it to the central dashboard where it will be processed in real-time via IBM’s IoT technology. Compared to the traditional radio communications among operators, the new system will drastically cut down the time it takes to communicate and manage traffic as well as prevent or respond to accidents. Operators will be able to oversee all operations of the port at once, and the new, efficient process is projected to save shipping companies up to an hour in berthing time, which translates to a cost savings of about USD 80,000 per hour.

The entire city of San Diego has been working to become a smart city and a leader in the movement towards net-zero energy consumption. The city’s port is no different. In 2013, it adopted the Climate Action Plan (CAP) under which the port has pledged to reduce greenhouse gas emissions by 10 percent by 2020 and 25 percent by 2035. 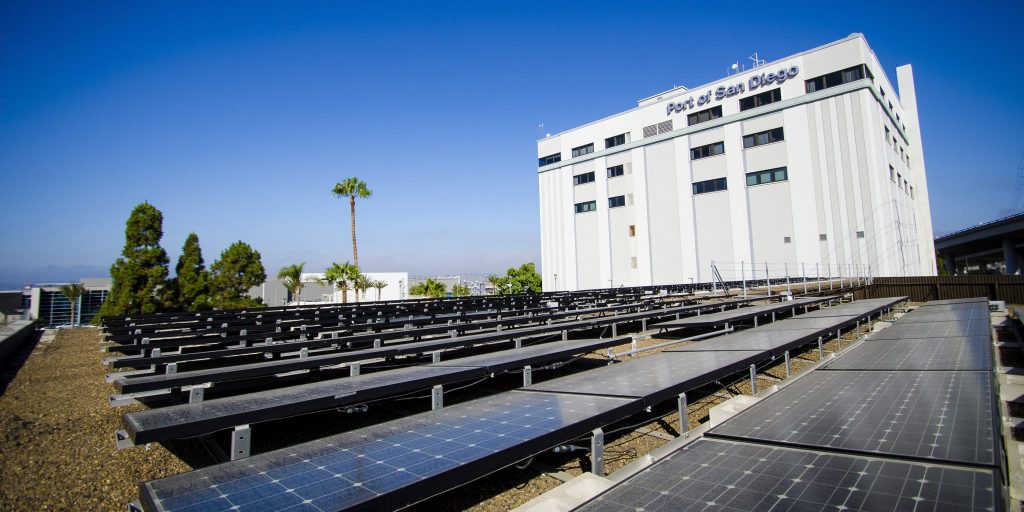 As such, the city worked with various software companies led by Cleantech San Diego to develop a smart building project. The project’s smart technology uses sensors, Big Data and IoT to monitor energy levels across the city and provides real-time data upon which places like the city’s port can operate. Essentially, the data allows port operators to identify patterns in energy consumption as well as abnormalities to respond to in real time.

This year, the Port of San Diego and the state of California will undergo a USD 24 million modernization project with the goal of implementing zero-emission freight equipment over the next 20 years, and further incorporate smart technologies to reduce pollution.

Singapore is the trade hub of Asia and home to one of the busiest ports in the world. Every year, 130,000 cargo ships pass through its waters, but the number looks to increase with the growth of the e-commerce industry. 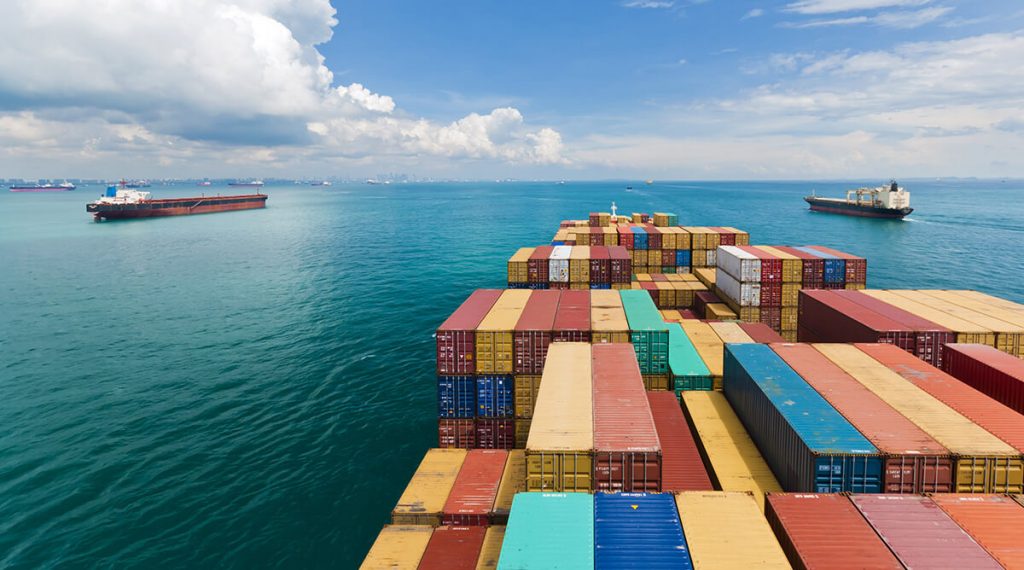 The Port of Singapore is en route to becoming one of the smartest ports in the world. (Source: Singapore Ministry of Transport)

Starting last September, the Maritime and Port Authority of Singapore (MPA) and IBM jointly implemented Project SAFER (sense-making analytics for maritime event recognition) to the port of Singapore. SAFER consists of new technologies to automate port operations, manage traffic and optimize the use of the port’s resources. With the new automation technology, the port can now enforce regulations automatically and monitor all vessel movements within the port at once in real time. Not only that, SAFER makes maritime operations much safer for operators and employees on the docks with the help of AI sensors for accident prevention. For continued development, the Maritime and Port Authority of Singapore held the Smart Port Challenge 2017 to foster startups in developing next-generation technology for enhanced and sustainable maritime operations.

As the ports mentioned above show, the global cargo shipping industry is headed towards vast change. New technologies such as blockchain, IoT and AI will greatly enhance transportation and handling efficiency and lead to greener practices. Traditional steel containers, on the other hand, will continue to be used in immense volumes for its 100 percent recyclability, lightweight and high-strength properties.