From Roads to Rails: How Steel Revolutionized Transportation

During the Industrial Revolution, new innovations in steel production urbanized predominantly agrarian, rural societies in Europe and North America. The development of airplanes, trains and automobiles in particular were the first steps toward globalization. Nowadays, steel not only contributes to the ever-growing, ever-enhancing ways we get around, but is ultimately making our world more connected than ever before on the roads, in the air and under the ground.

On Track to Globalization 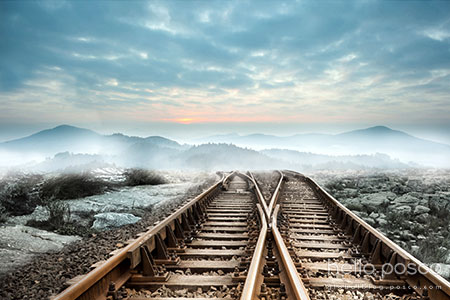 The track, one of the most fundamental parts of railway infrastructure, has evolved from an ancient design of vehicle guidance, which some say date back to the Sumerian culture of 2000 BCE. Just before the Industrial Revolution, the majority of tracks consisted of horse-drawn wagonways that incorporated wooden rails. In the mid-eighteenth century, iron rails became more widely used, but could only be produced in short lengths, and were brittle, fragile and quickly became uneven under heavy loads, making them quite costly to maintain.

It wasn’t until 1857 that the first durable steel rails were made by British metallurgist and businessman Robert Forester Mushet, who provided the foundation for the development of rail transportation throughout the world. The first of Mushet’s rails were laid at an especially heavily trafficked part of the Derby Midland Railway Station in England, where previous rails had to be renewed at least every six months. Yet, after six years, Mushet’s rails seemed as good as new, despite the fact that over 700 trains had passed over them on a daily basis.

As a stronger material, steel steadily replaced iron for use on railways and allowed considerably longer lengths of rails to be rolled. Today, there are high speed trains that use steel wheels on steel tracks that can travel at ridiculously high speeds. The Shanghai Maglev in China, for example, can transport commuters at a whopping top speed of 430 kilometers per hour (about 267 miles an hour). Furthermore, advancements such as personal rapid transit vehicles such as Suncheon City’s SkyCube developed by POSCO, are changing the concept of rail travel altogether. 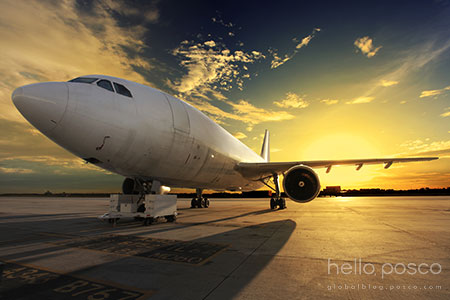 Wood was the primary material used for most early airplanes, though there had been an all-metal plane as early as World War I. At this time, the useful load—crew, fuel, and weapons, for example—had to increase significantly, and the speed, altitude ceiling and range had to become much greater for planes to function as military instruments. As such, aircraft designers had to transition from the wood-and-fabric biplane to the all-metal, streamline monoplane.

The Junkers J-1 was the first cantilevered wing all-metal airplane and was developed for low-level, front-line observation and attack. Although heavy, cumbersome and slow to take off, it proved to be efficient and provided effective protection against ground-fire.

Planes have since been constructed from metal, though mostly aluminum, thanks to its light weight and strength. Yet, because steel can be up to four times stronger and three times stiffer, it is still utilized for certain aircraft components such as landing gear, where strength and hardness are especially important. It has also been used for the skin of some high-speed airplanes, because it holds its strength at higher temperatures better than aluminum.

Mind the Ash to Mind the Gap 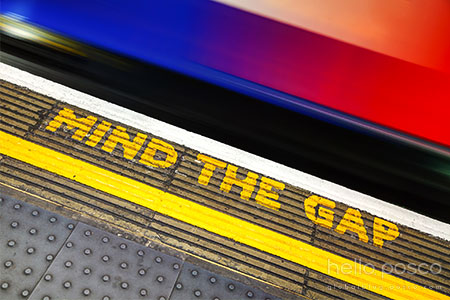 The world’s first underground train, on the world’s first metro system (now known as the London Underground), traveled three-and-a-half miles from Paddington to Farringdon on January 9, 1863. Another 29 years passed before Chicago became the second city to boast a metro, while New York began operation of its rapid transit system in 1904. Before it went underground, the latter was initially an elevated railway that was served by steam engines that spilled ash and cinder on pedestrians below. Yet, with advancements in steel innovation, electrified trains allowed the operators of the lines to introduce cleaner locomotives. 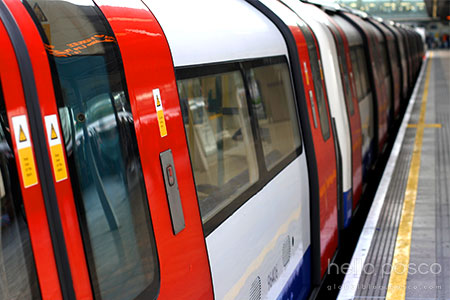 Metro-building accelerated from the 1960s, in reaction to the growth of increasing urbanization and sprawling mega-metropolises around the world. At that time, train cars that were once built with wood were replaced by stainless steel cars, which saved operators money, as the sturdier, longer-lasting material reduced the overall weight of each car and lowered the amount of electrical power to move them. As it turns out, these same steel cars still provide unintended benefits, as they are helping breathe new life into the world’s oceans.

Now, most rapid transit trains operate on a conventional steel wheel/steel rail system, in which power is commonly delivered by a third rail or by overhead wires. These days, almost 190 cities have metros, with more to come amid a fresh spurt of construction in developing, congested countries.

As technology quickly accelerates and transportation continues to better connect our world, it is certain steel will remain to play a major role in how we get around.