Steel and iron have long held a special place in the hearts of fans of heavy metal, rock ‘n’ roll’s loudest and hardest sub-genre. Even the names of many acts bring to mind iron and steel: the likes of Iron Maiden, Sacred Steel and Metallica. Then there are the albums. Warlock’s “True as Steel,” Megadeth’s “Rust in Peace” and Anvil’s “Metal on Metal” are just a few examples, but the list is long.

In fact, some of heavy metal’s most notable acts have found inspiration in the world of steel, an industry that helped form their identities and define their sound.

An offshoot of rock music, heavy metal captivated teens and twentysomethings when it emerged in the late 1970s. In fact, with its distinctive grinding, feedback-heavy guitar riffs and powerful drum beats, it was less a musical movement and more a force of nature. It grabbed a hold of music fans and sent them into a trace, their heads moving up and down, fists thrown high into the air – creating a generation of self-styled “head bangers” and “metal heads.”

Along with the music came loud and outrageous clothing, hairstyles and even behavior – and the genre’s popularity grew, eventually spawning dozens of sub-genres of its own. Several decades later, the steel-inspired musical revolution is still going strong, with legions of metal heads still enthralled by its hard-edged sounds. 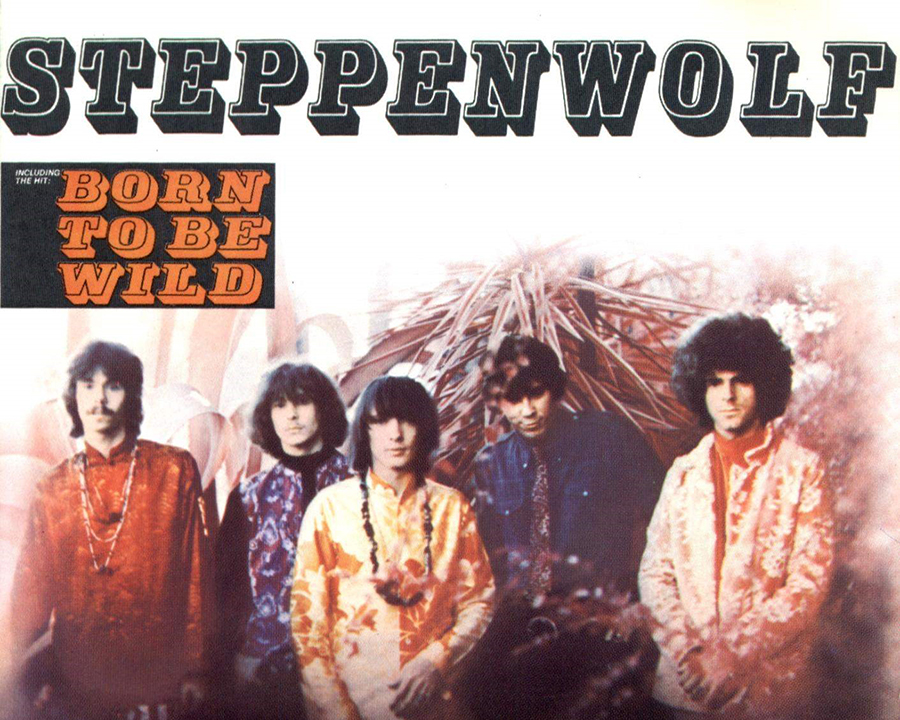 The first notable mention of heavy metal in a song was in American act Steppenwolf’s “Born to Be Wild,” released in 1969, and famous for appearing on the soundtrack of seminal motorcycle road movie Easy Rider.

However, the term “heavy metal” had already entered parlance. Popular (although probably apocryphal) legend has it that the expression was first coined by a music critic who dismissed Jimi Hendrix’s influential guitar-led rock as sounding “like heavy metal falling from the sky.”

Forged in the UK

Although there had already been talk of “heavy metal” in the United States, the genre was shaped in the Midlands of the United Kingdom, the heart of the country’s then-booming steel and iron trade. Its founding fathers were the likes of Black Sabbath and Judas Priest, bands whose entire lives were formed by the steel trade.

Black Sabbath’s frontman, the gregarious Ozzy Osbourne, famously worked in a car factory by day and performed with his band in the evenings. The band debuted in 1968, but it was not until it released its sophomore album “Paranoid” in 1970 that the rock world sat up and paid attention.

Already there was a prominent metal theme to the music, noticeable in the album’s anthemic “Iron Man.” The track was so named because, in Osbourne’s words, it “sounded like a gigantic iron man walking about” and its rhythms recalled the sounds of the metal factory floor – hardly surprising considering most of his Black Sabbath bandmates were also factory employees.

Despite the success of Black Sabbath and fellow Midlands rockers Led Zeppelin, it was not until the early 1980s that heavy metal’s popularity would really start making waves.

Some felt this 1970s genre needed something more to avoid becoming a mere flash in the pan. So in the following decade, acts like Judas Priest and Iron Maiden would go on create lasting legacies and identities for this exciting style of music.

Judas Priest singer and founder Rob Halford explained to the Guardian in 2010, “When [the rest of the band and I] were kids walking to school, we’d walk past these metal foundries and see the molten metal coming out of the big vats. We were literally breathing in the fumes from these metal works, breathing in metal before heavy metal had even been invented. I’d be at school trying to do English literature and the classroom would be shaking because of the machinery.”

Guitarist Glenn Tipton added, “We really did grow up in a labyrinth of heavy metal – huge foundries, big steam hammers.”

With their flamboyant clothing and distinctive sound, Judas Priest were one of the first British heavy metal acts to break into the American mainstream. It was then perhaps fitting that the band’s sixth album, “British Steel,” released in 1980, was the LP that skyrocketed them from underground club popularity to international super-stardom, selling out arenas and even breaking into the American Billboard Top 40 albums chart.

The album was nothing if not an ode to the act’s steel roots. Opening track “Rapid Fire” is replete with lyrics that speak of “forging furnaces” and “hammering anvils,” while the album’s finale is the fittingly named “Steeler.”

In the mid-1970s, the genre found its second wind the form of the so-called New Wave of British Heavy Metal.

Prime movers in this new movement were Iron Maiden. Unlike the act’s predecessors, Iron Maiden hailed from London, rather than from the steel-producing Midlands. By this point, though, steel and iron were so firmly entrenched in the genre’s DNA that there was no way the link could be broken. The band’s name itself was a nod in the direction of heavy metal’s origins, and the group recorded a number of tracks that made reference to both steel and iron.

And although most of their original members were Londoners, Iron Maiden’s success peaked when the group recruited Bruce Dickinson, a singer from Sheffield, the traditional heart of the British steel industry.

By the mid-1980s, heavy metal was a global phenomenon, with North American artists like KISS, Guns ‘n’ Roses and Van Halen borrowing heavily from the British sound and look.

Steel, however, kept its significance for heavy metal bands from all over the world, even those without a direct link to the metal industry.

Metalworking themes have become impossible to shake off, with artists like America’s Metallica, Steelheart, Anvil and parody act Steel Panther, as well as Sweden’s Steel and Germany’s Steeler, all very obvious examples.

Countless other heavy metal acts, meanwhile, have made reference to steel in some form or other, including albums such as Pantera’s “Reinventing the Steel,” Saxon’s “Wheels of Steel” and Manowar’s “The Triumph of Steel” to name but a few.

Although the Midlands of England is no longer the epicenter of the world’s steel trade – or the heavy metal movement – it remains the spiritual home of both. And it appears that for metal heads the world over, heavy metal and steel symbolism will forever go hand-in-hand.

A Trio of Steel: The Humble Triangle’s Musical Impact

The Beauty of the Guitar’s Steel Strings

Steelpans, the Sound of the Caribbean