Steelpans, the Sound of the Caribbean

Steelpans, sometimes referred to as steel drums, were popularized on the Caribbean island of Trinidad in the 1930s, but the history of the instrument can be traced back to the 1700s. It was during this time that Africans were brought to the island as slaves by the French. African drums came to be a big presence during annual carnival festivities. After emancipation in 1834, and the celebrations grew.
In 1877, the ruling British government banned the drums in an effort to suppress the prominent African culture. Bamboo tubes, called tamboo bamboo, replaced the hand drums, as they produced similar sounds when they hit the ground. Bands using tamboo bamboo and other non-traditional instruments like scrap metal, graters and dustbins were formed. The bamboo tubes were also banned in 1934, and were later replaced by the metal instruments that would become an icon of Trinidadian music. 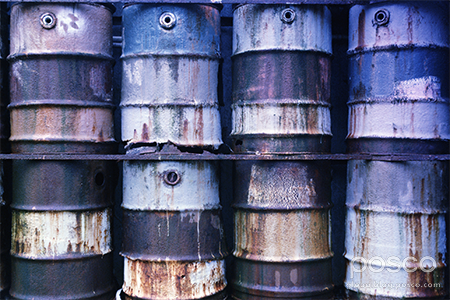 Instruments used by early metal pan bands were rustic, made of a variety of metallic car parts, paint tins, dustbins, oil drums, biscuit tins and kitchen utensils, which were struck with open hands, fists or sticks. The steelpan players discovered that the raised areas of the metal containers made a different sound than the flat areas, and soon they experimented with tuning the homemade instruments.
Through ingenuity, the steelpan bands evolved. As the pan makers’ knowledge and techniques improved, so did the quality of sound. Hammering dents into the surface of the pans, the size and shape of each dent would produce a different note.
When steelpans first emerged, they were not considered serious instruments. Steel band music was historically associated with the poor working class, and steelpans were considered instruments of street music.
Time and exposure eventually changed the negative stigma and the steelpan is now the national instrument of the Republic of Trinidad and Tobago, and is a source of great pride for its citizens. Steelpans and its innovators are now held in high regard by members of all parts of society in this country. 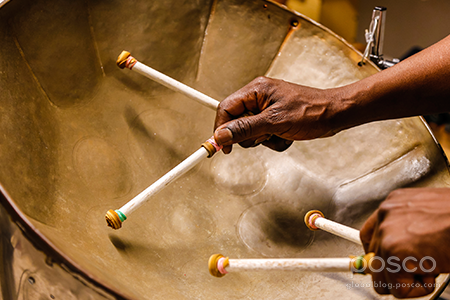 Winston “Spree” Simon created the “melody pan” which carried eight pitches. It was the first pan that could play an entire melody.
Ellie Mannette was the first to wrap the playing sticks with rubber, which softened the sound and refined the tone. He was also the first to make a concave steelpan, allowing for more pitches on the playing surface.
Anthony Williams invented the “spider web pan,” a version that now the most popular and accepted design for tenor (lead) pans. Williams is one of the first in steel pan history to use large 55 gallon drums, which are still used today.
Bertie Marshall created the double tenor pan. Recognizing the effects of the sun on steelpans, he was the first to place canopies over the instruments when outdoors.
Michelle Huggins Watts is the only female arranger to win the Trinidad’s prestigious Panorama competition with her band, Valley Harps. Women didn’t start playing the steelpan until the late 1970s. 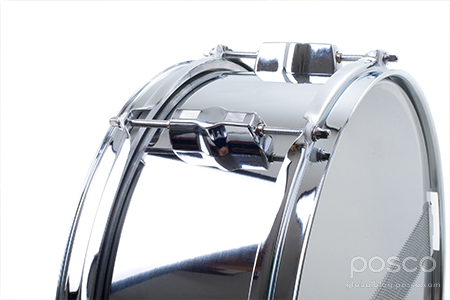 Steelpan music has been adopted by popular culture. The Hollies used steelpan sounds in the song “Carrie Anne,” Prince used it in his “New Position” and 70s jazz-fusion band Spyro Gyra used steelpans in “Morning Dance.”
Though the sounds of Caribbean music is upbeat and lively, it has a very important history. Around the globe, music is a large part of culture and communication. When the original African hand drums were banned, the people of Trinidad created new instruments to make music using items they found. The steelpan is now an icon of Trinidadian music and culture.