A Trio of Steel: The Humble Triangle’s Musical Impact

When we think of steel, we often imagine tall skyscrapers and large-scale constructions – heavy industry. But in the realm of music, steel can play a more delicate role.

In comes the triangle. Remember the triangle? You may have first encountered the simple instrument in grade school, as a tinkering tool to play with for band practice. It is often disregarded as a legitimate instrument and forgotten about, but the percussive idiophone should not be taken for granted.

Unassuming in composition (it is literally an outline of a triangle), it is one of the only percussion instruments that is made entirely out of metal. It is usually shaped from a steel bar into an equilateral or isosceles triangle, with an opening at one of its corners.

Historically, the triangle was created from both solid iron and steel rod, but is now primarily made from steel. It comes with a playing apparatus, usually a steel beater, and hangs suspended from a fishing line. The thin suspension line lets the instrument vibrate freely and create its signature noise.

The simple triangle’s sound is affected by the sizes and materials it comes in; the preferred orchestra size is between six to nine inches in diameter and played with a steel or wooden beater, which dictate a distinct note. The instrument’s tones range diversely from a shimmering trill to a more substantial, all-encompassing ring, all depending on what the conductor wants.

From Rituals to Symphonies 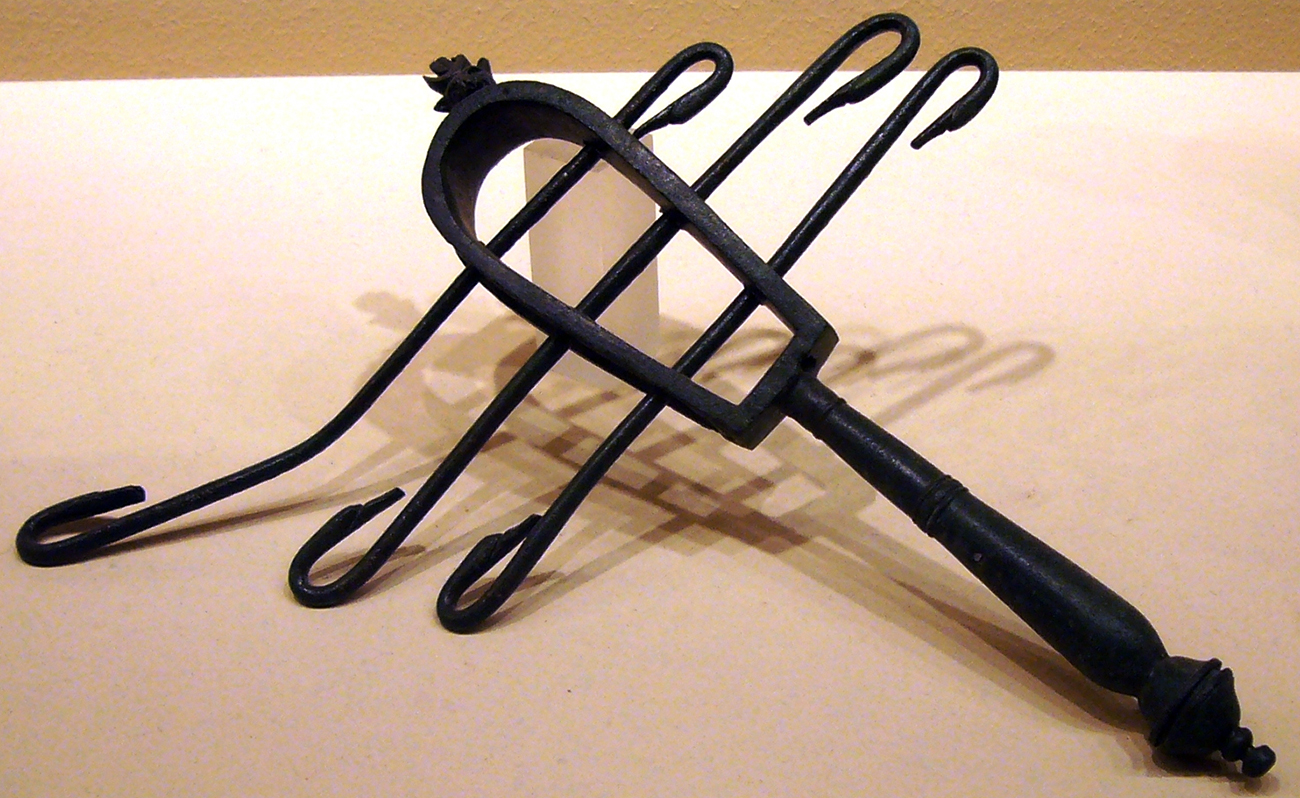 Ancient Egyptians used the sistrum during dances and religious ceremonies. Today, it is considered to be the percussive precursor to the triangle.

The triangle was first introduced into the world in the 16th century, but it is actually a descendent of the ancient Egyptian percussion instrument called the sistrum, which was used for worship and other religious purposes. Percussion instruments were originally meant for three main purposes: religious ceremonies, military signals, and dance.

The triangle we know of today made its initial appearance as a part of Medieval religious ceremonies, showing up in paintings of Bacchic processions alongside pipes and cymbals. Yet unlike its modern rendition, the triangle of the Middle Ages had rings. (The rings disappeared in the nineteenth century.)

Now, the triangle is a permanent member of the modern orchestra, originally used as a way for composers to add a bit of a sparkle to their music. Out of all the musicians, the triangle player has the most unnerving role within a composition. They cannot risk trial entry during a performance since the tone can linger, so they must be very careful to make sure they play the right note at exactly the right time. 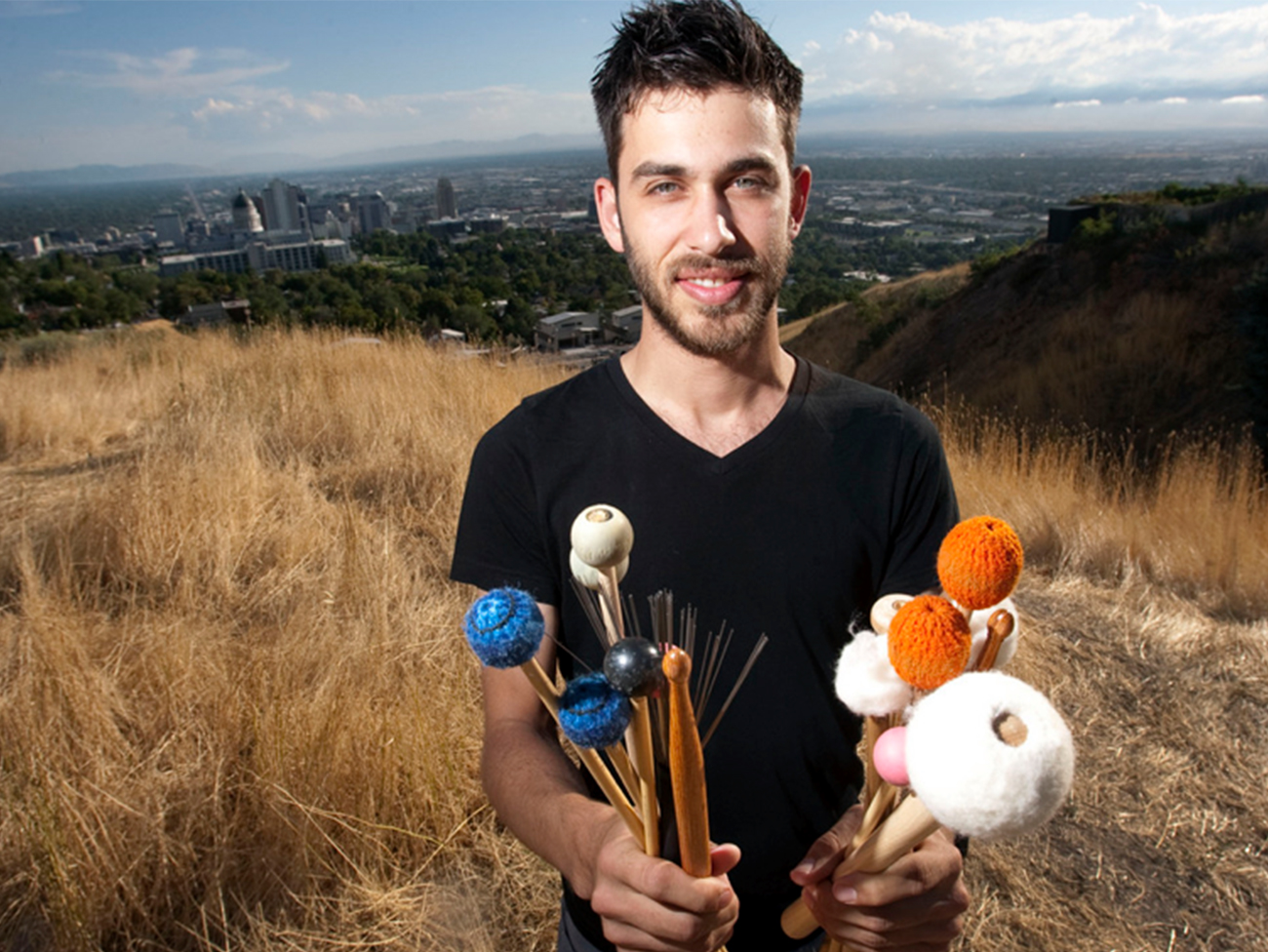 For a post for the Utah Symphony, professional triangle player Eric Hopkins noted the difficulty and nuance in mastering triangle performance. Most think it just requires hitting a steel triangle with a baton, but it actually takes more effort and skill than this obvious method.

It eventually evolved and transitioned into compositions by Mozart and Beethoven, and nowadays, we see it as a permanent member of complete orchestras around the world. Franz Liszt was the first to make a solo symphony featuring the triangle, as heard discreetly down below in “Piano Concerto No. 1”.

The triangle can appear to have a difficult time fitting in next to main attraction instruments such as the violin or the piano. However, the three-pointed musical underdog has traveled far from western classical music, now taking part in the folk and pop genres with its unifying sound. Both John Deacon of Queen and Joni Mitchell have featured its characteristic clang in their tunes.

In folk music, forró and rock music, the triangle is played by hooking it over the hand so that one side can be muted by the fingers to vary the tone. It is popularly used in Cajun music, where it is used as a strong beat, especially if no drums are part of the performance.

Light in Weight, Unavoidable in Sound

Without knowledge of its sensitive nature, it can be hard to take the fine triangle seriously. But by understanding that through appropriate manipulation of the instrument’s timbre and articulation, its musical elements can be conveyed with more complexity. Being especially particular to the way the triangle is handled is the key to playing it successfully.

Its steel frame gives it this unique chime, and while it does not play the most notes within a symphony, it has its virtues, particularly for its overarching tonal blending capabilities.