Making a Life by Giving 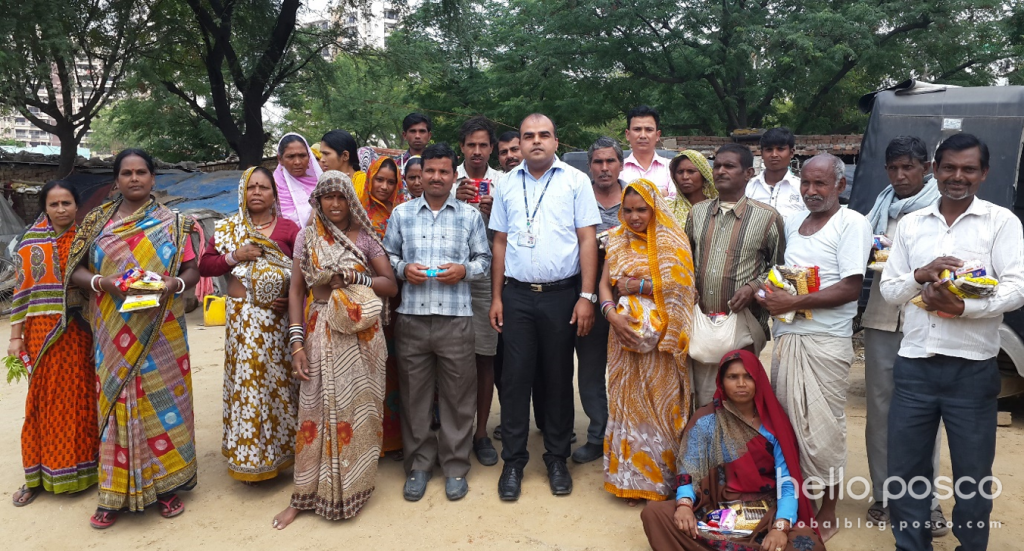 The words of Winston Churchill, former prime minister of the United Kingdom, ring loud and true, and completely resonate with the values of POSCO, who, in the spirit of giving back to the community, has implemented a number of volunteer programs across the world. 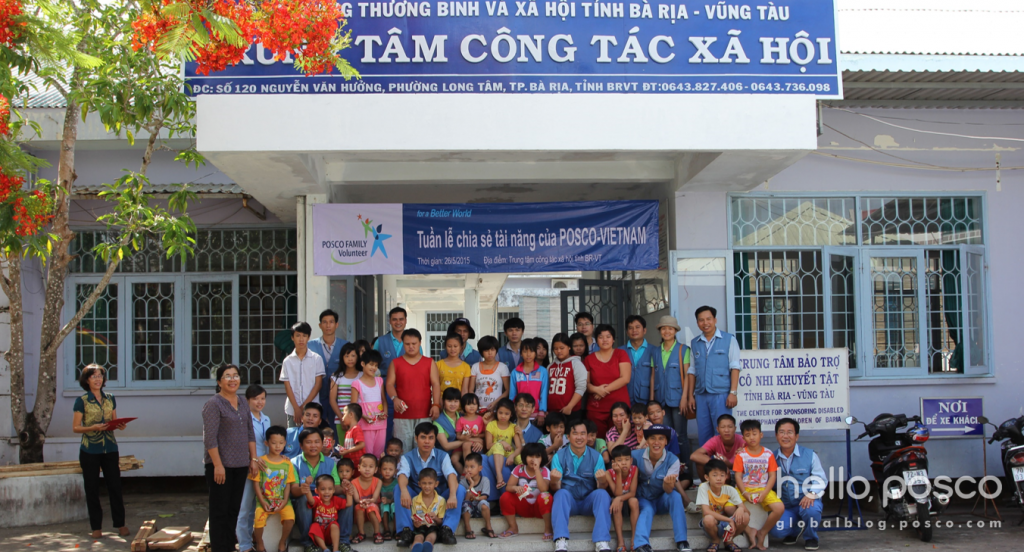 Through the annual POSCO Global Volunteer Week in May, under the theme “POSCO Family’s Talent Sharing Week,” the company leveraged its internal power and the talents of its employees to help those in most need.

The Provincial Social Work Centre of Bà Rịa–Vũng Tàu (formerly known as the Disabled and Orphaned Children Sponsoring Centre) was established in Vietnam in 1999 to provide education and vocational training to those with disabilities, as well as orphaned children, so that they might be able to more easily integrate into society. However, since its establishment, the center has become rundown, and facilities have been neglected. As such, POSCO Vietnam decided to focus its Global Volunteer Week efforts on reviving this center. 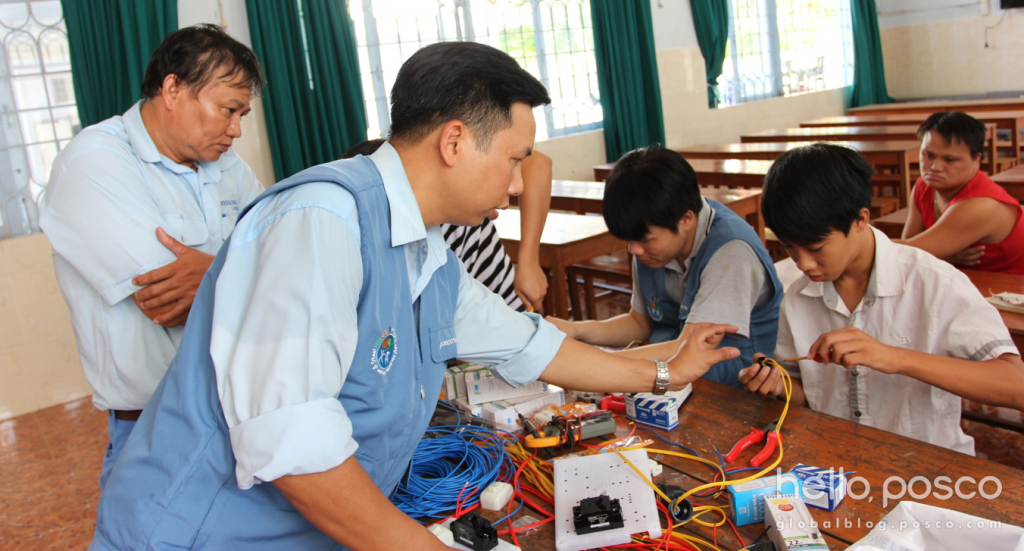 Employees were eager to contribute in whatever way possible. Some focused on educating the center’s teenagers on basic life skills, such as how to safely repair a light socket. Others gave Korean cooking lessons or helped to restore center facilities, like the wooden beds that had been broken for as long as the children could remember.

“Today, I’m a carpenter and repairing beds for the children at the center,” noted Mr. Như, team leader of QC. “I am happy doing this work and I hope that the children here can now a have a safe and sound sleep.” 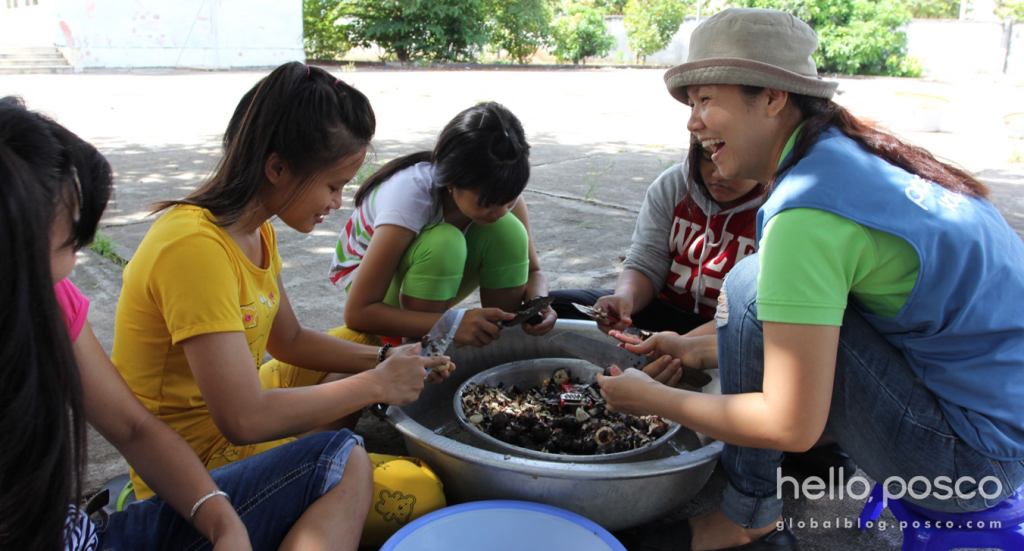 Like POSCO Vietnam, POSCO Headquarters also values the happiness and well-being of each individual of the community, and is actively working towards bettering society.

During Global Volunteer Week, employees in Korea volunteered their time by hosting events for multicultural families and spending quality time with elderly residents of their communities. Some even contributed to making local neighborhoods more beautiful by painting colorful murals, brightening not only the streets, but also the smiles of the area’s inhabitants. 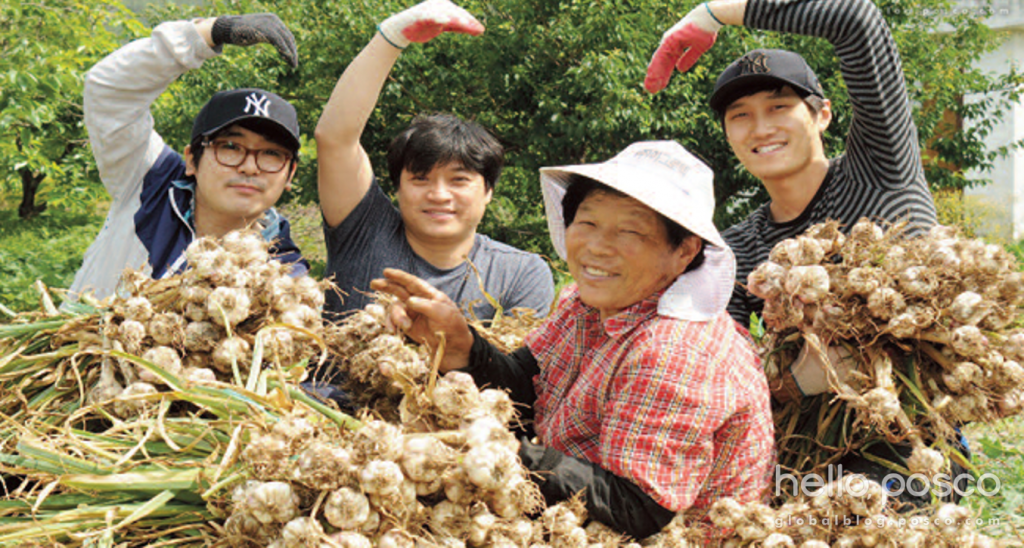 Not unlike many workplaces, POSCO India hosts a monthly event to celebrate the birthdays of its employees with lunch and cake. But last December, Managing Director Sung Gee-woong, while having a casual conversation during the birthday party, mentioned that real happiness is realized only when it is shared with others, especially with those who are in most need. 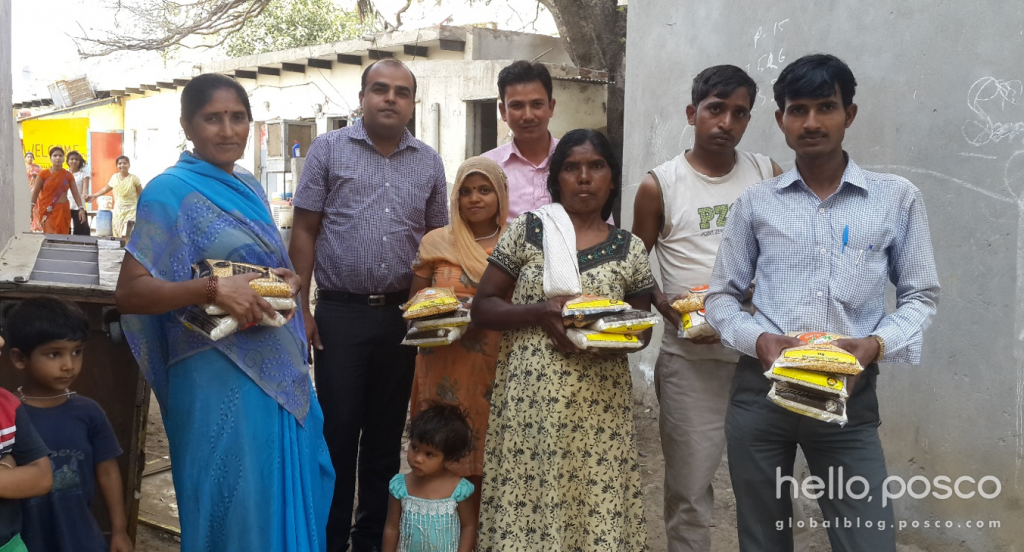 Those in attendance agreed and it was unanimously decided to create a voluntary “birthday fund” in which employees who are celebrating their birthdays during that particular month contribute to a fund that is used to purchase food and everyday items which are then distributed to those residing in slums near the company.

Yet, contributions are not limited to outside the office. When a member of the POSCO family is in need, fellow employees are quick to reach out. 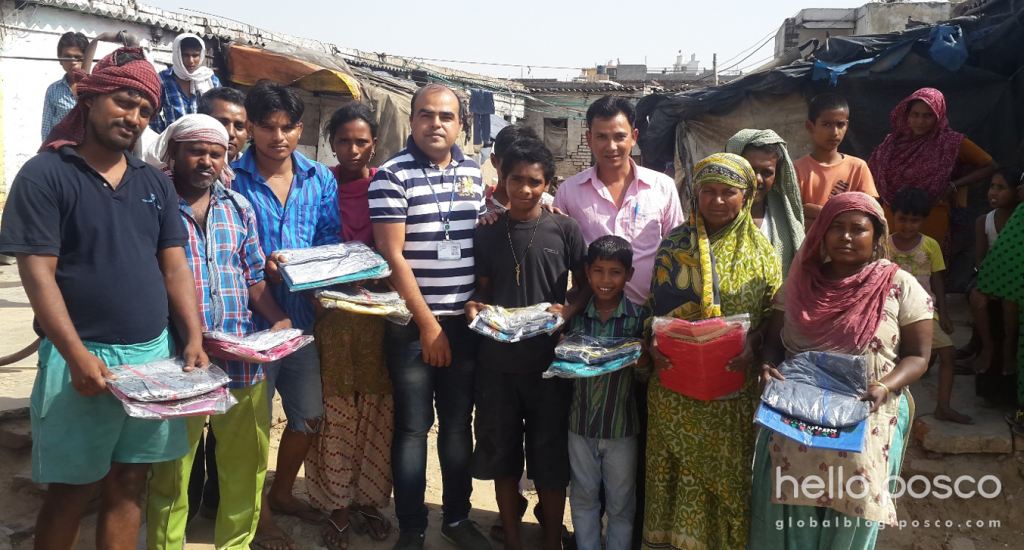 Such was the case when the son of an employee at POSCO-IDPC in Delhi was recently diagnosed with blood cancer. The staff was quick to extend a helping hand and collectively offered financial support to aid in medical expenses.

These heartfelt gestures of kindness boldly illustrate that POSCO is more than just a company of employees seeking to make a living. It is a family that shares a general responsibility for all humanity, dedicated to making the world a better place, one small act at a time.