This Material is “Steeling” the Show at the 2018 Winter Olympics

The countdown has begun: The 2018 PyeongChang Olympic and Paralympic Games (PyeongChang 2018) are less than 30 days away. The International Olympic Committee (IOC) has added 4 new events to this year’s games including curling mixed doubles, speed skating mass start, alpine skiing team event and snowboard big air. With the additions, athletes in the 2018 PyeongChang Olympic Winter Games will compete in 7 main sports, or 15 events including variations.

So, what do these athletes from all over the world competing in various different sports have in common? They all rely on steel to enhance their performance and keep them safe while they compete for the highest honors in their profession.

Here are some of the most prominent ways steel plays its part in winter Olympic sports:

Ice hockey is easily the main attraction of winter Olympics as hockey finals are usually the last events of the Games. The same can be said of para ice hockey as well. Athletes glide through the rink on specially-made sledges, or sleds, and have as much, if not more, full-contact than regular ice hockey.

There are several pieces of equipment that enable hockey players to perform at their best, including their skates and sleds. The deciding factor in the quality of skates comes down to the type of steel used in the blades, or runners. Harder types of steel are preferred for less wear and tear and so that athletes do not have to sharpen the blades too often.

That’s why most opt for stainless steel, for its high-strength, hard, ductile and corrosion-resistant qualities. For para ice hockey players, their sleds make or break the game, and materials like magnesium, high-manganese anti-vibration steel and stainless steel give them the edge they need.

Blades on figure skates look similar to that of hockey skates, but are longer and heavier. Figure skate blades also have the thickest type of blades at 4 to 5mm. These blades were most commonly made of tempered carbon steel coated with chrome, but lighter materials such as stainless steel are becoming more common. At the professional level, many athletes wear skates with high-grade steels that are much more expensive than common skates. A distinct characteristic of these blades is the spiked front toe which gives figure skaters the traction they need for rigorous jumps and spins. 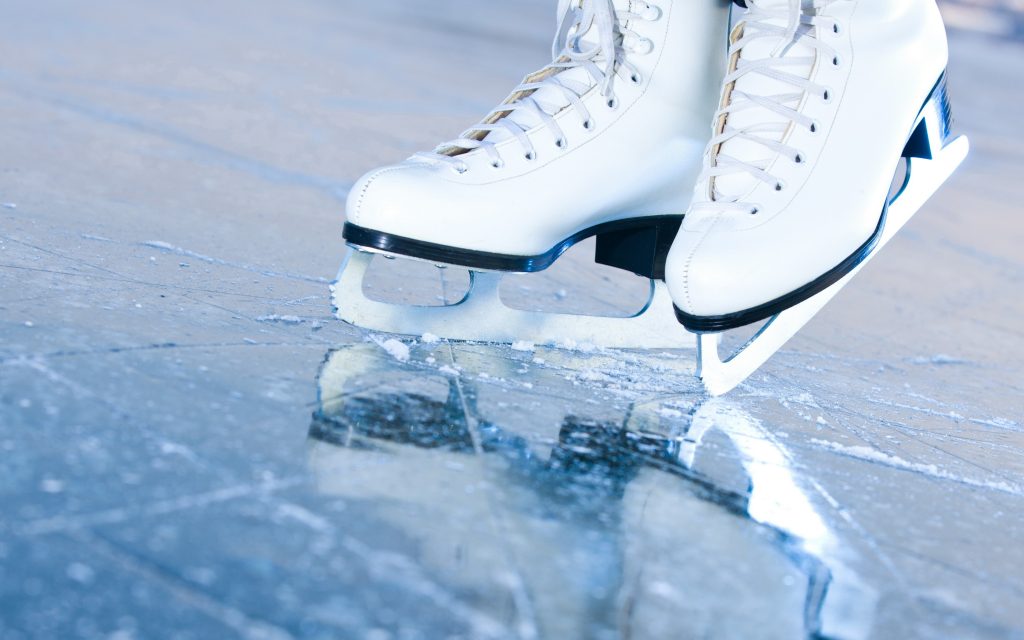 Like blades for hockey and figure skates, short track and speed skates are also made of stainless steel. Short track skates are slightly curved and shorter than speed skates, with slightly rounded backends for safety. 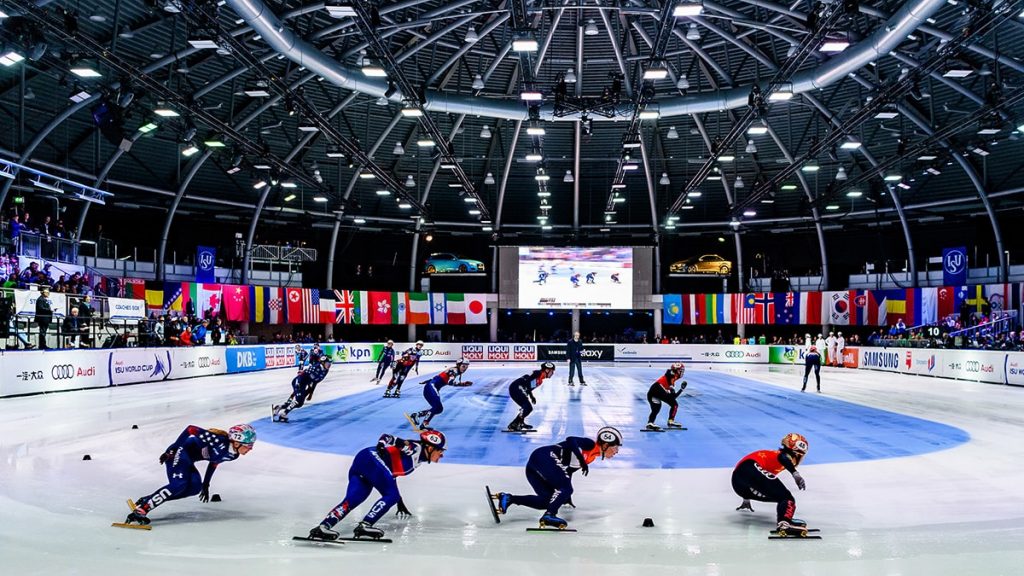 Speed skates are different from those for short track because the back-end of the blade is detached from the boot. this reduces friction and energy loss. Also, the detached blade allows the blade to remain attached to the ice longer than attached blades.

Steel also plays a crucial part in the construction of ski and snowboard edges. With high-quality steel, athletes can sharpen the edges more frequently, and sharp edges are crucial for carving and turning on snow. Edges are most commonly made of stainless steel, and they are inserted into the body of the ski or snowboard via “teeth” or T-shaped ridges. Most edges have a Rockwell 48 hardness. 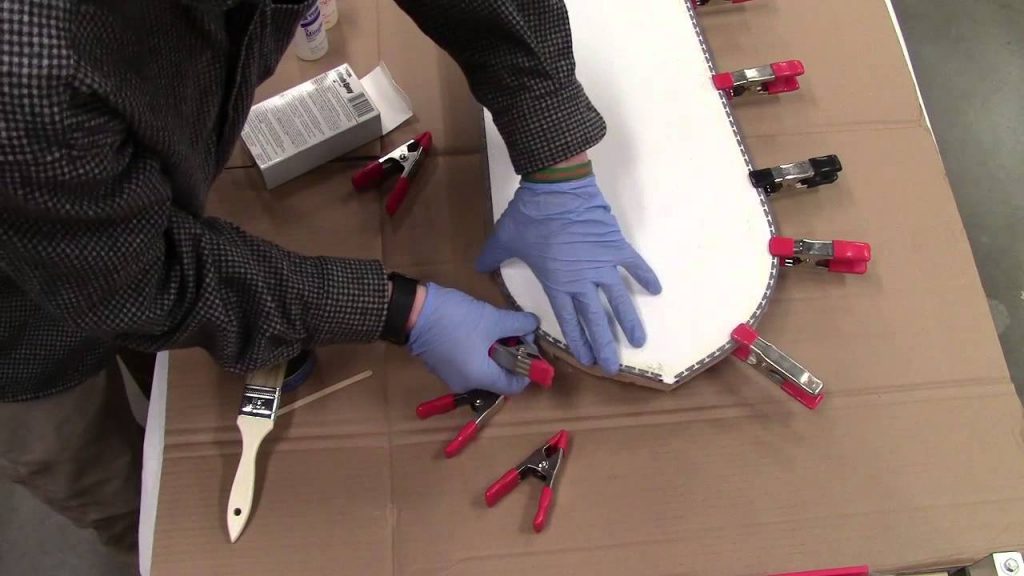 Ski and snowboard edges are made of steel to achieve maximum sharpness. (Source: YouTube)

There are several variations of bobsled events during the Olympics: 2-man, 4-man and women’s doubles. No matter how many people are on a team, each bobsled has a steel chassis or skeleton and four steel blades attached to the bottom of the sleds. Every team must use the same type of steel for blades used in competition. Much like a car, materials that make up the bobsled must be lightweight yet strong so the athletes have the freedom to steer through the track. During competition, sleds slide through at an average speed of 150 km/hr.

Ski and snowboard edges are made of steel to achieve maximum sharpness. (Source: Lake Placid)

The luge is considered to be the most dangerous winter Olympic sport due to high speeds and sharp turns of the track. After push off in a seated position, the person or pair lies flat on their backs and steer the sleds with their bodies. Sleds have a pair of steel blades attached to the bottom. Olympic rules prohibit teams from heating the blades before competition as it would decrease friction against ice. Instead, athletes try to maintain the sharpest blades possible.

Opposite of the luge, skeleton athletes race flat on their stomachs, with no brakes. Instead of starting on the sled, the athletes have to sprint for about 40 meters before hopping on. All skeleton sled frames must be made of steel, and blades are usually made of high-quality stainless steel. As for all the “sliding” sports, there are strict rules for the size and weight of the sleds. 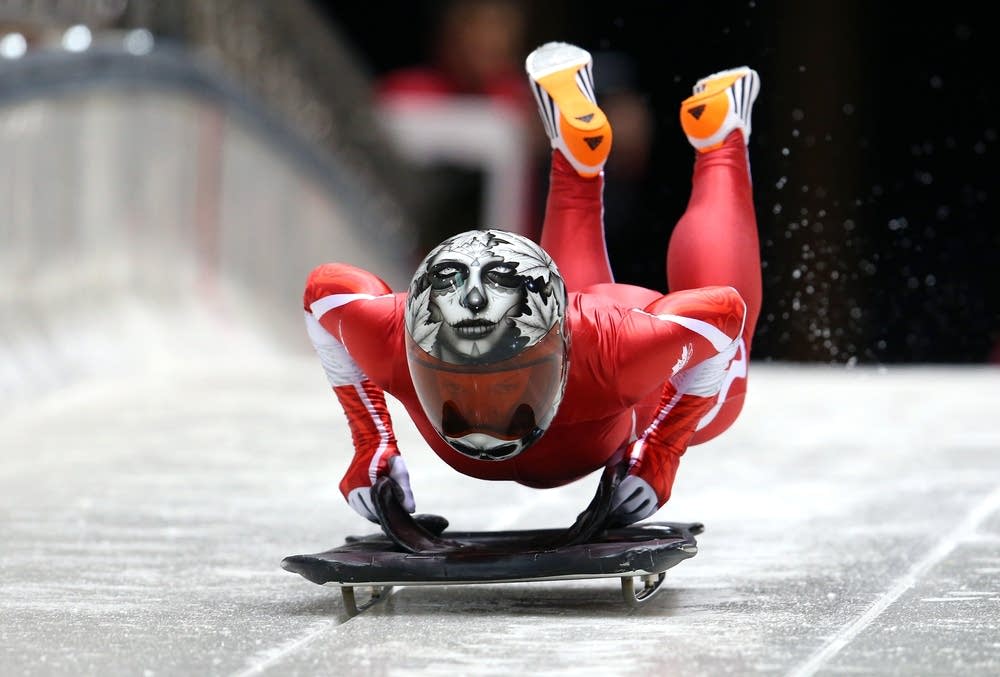