On April 16, the World Championship of the steelChallenge-13 took place in Madrid, Spain where POSCO’s own Yong-Tae Kim took home the top prize. SteelChallenge is a simulated steelmaking competition organized by the World Steel Association (worldsteel), first launched in 2005. Since then, students and engineers from across the globe join this annual competition to test their skills using sophisticated online process simulations – all to produce a grade of steel meeting technical requirements at the lowest cost per ton.

The Regional Championship takes place online. Participants can access the competition from the steelUniversity website and have 24 hours to record at least three successful runs of the basic oxygen steelmaking and secondary steelmaking simulations.

On November last year, Yong-Tae Kim of POSCO advanced to the final World Championship as the regional winner of Asia. In the World Championship in Madrid, he competed with four other regional winners for two hours, finally taking home the winning trophy. How did Kim prepare for the competition and what was his key to success in steelChallenge? Find out at POSCO Newsroom. 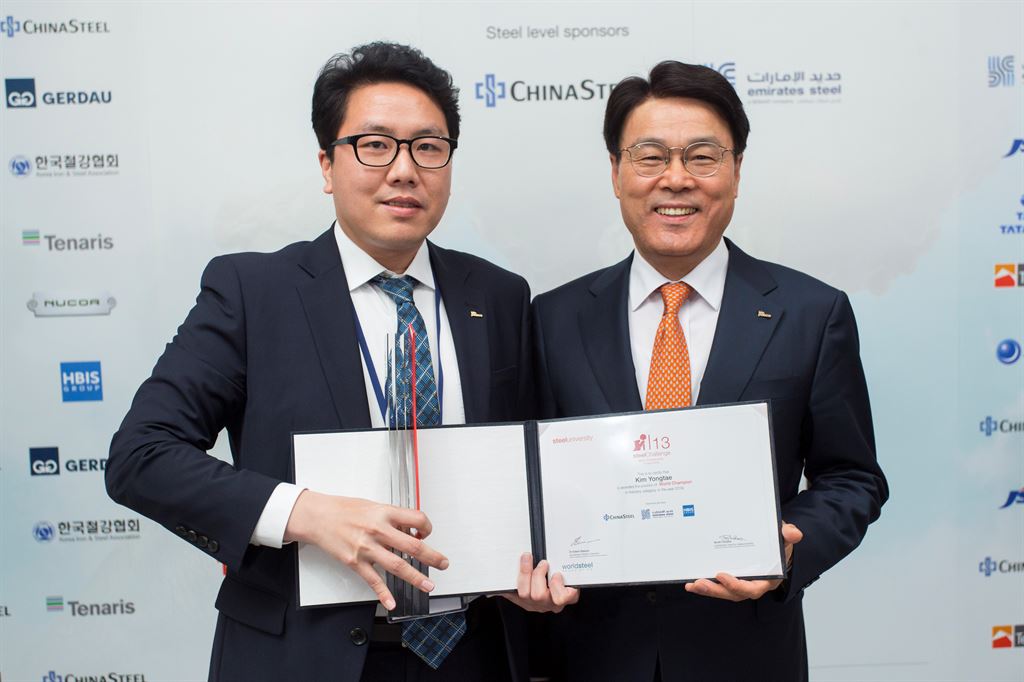 Q: What is steelChallenge World Championship, and how did you get to participate?
A: SteelChallenge is every steel engineer’s dream stage. Even though the competition is individual-based, I personally felt it would mean more to me if I participated with the company affiliation. I wanted to let the whole world know how proud I am to be part of the company.

Q: How did you prepare for the steelChallenge World Championship?
A: Ever since joining POSCO in 2010, I tried to learn as much as possible from the previous participants who also work in my department. Quite a few POSCO employees had already experienced the competition which was helpful. I also tried horning my skills by participating in steelUniversity Korea challenge – in fact, I became the winner in 2010, the year when I joined POSCO. Since then, I was busy focusing on the work at POSCO so I held off participating in the World Championship. Nevertheless, I was still rooting for my colleagues who challenged themselves for the competition. I always studied with them and prepared for the competition thinking I would participate one day. 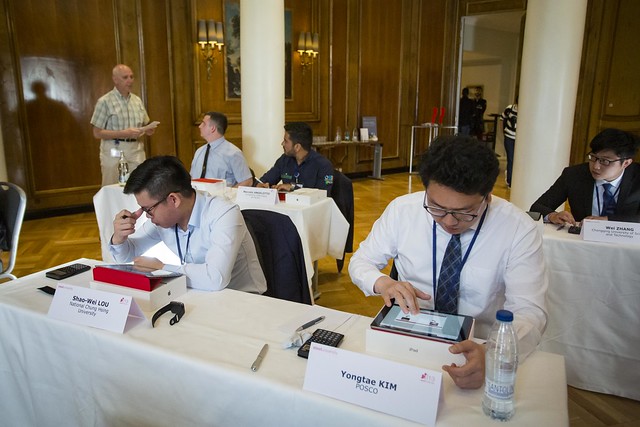 Q: What was the mission challenge for the steelChallenge-13 World Championship, and how did you come up with the solution?
A: This year, the task was to produce a specific engineering steel grade at the lowest cost using steelUniversity’s Basic Oxygen Steelmaking and Secondary Steelmaking simulators. This meant we had to build billets into which ferroalloy is inserted. As a cost-cutting measure, I maximized the use of low-cost ferroalloy and focused on reducing intermediary costs. I analyzed the stats of every simulation to come up with an accurate forecast model.

Q: What was your top priority going into the competition?
A: Precision, precision, and precision. I believed the key to winning the challenge was a meticulous calculation. Through the forecasting model and multiple simulations, I worked on perfecting the model. In the actual competition, I simply crunched in the data required for the challenge question, coming up with the best numbers in the end.

l Racing towards the Top – in Ten Minutes 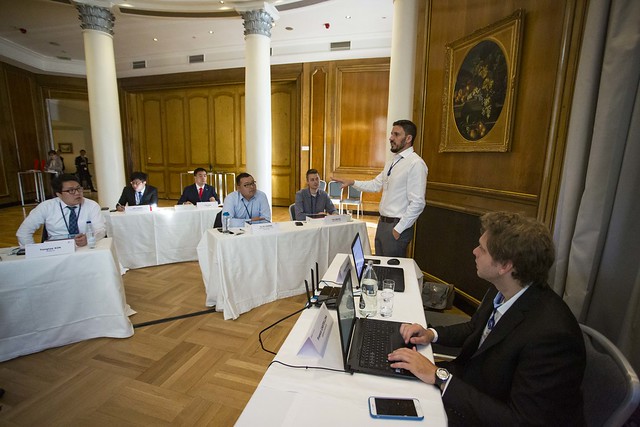 Q: During the competition, what did actually go on? Any anecdotes to share about the result, or speculations about possible winners?
A: For the past two years, China’s HBIS Group took the World Championship, so the expectation was in the air that this result will reciprocate. For the World Championship final challenge, the contestants had two hours to finish their assignment. Right until the 15-minute cutoff time, all contestants’ records were shared. As soon as the clock started, I became number one in 10 minutes’ time – other contestants caught up after about 30 minutes into the competition. After the challenge ended, I found out I won by a landslide – there was a significant gap between my record and that of the next runner-up. When asked about the secret to this success, I simply had to say, “doing one’s best,” – the rest was confidential (chuckles).

Q: Was there any fun story to share?
A: In the World Championship, everything is decided within a matter of two hours which is why I was so tensed up. Then, I had a brief encounter with our CEO Jeong-Woo Choi. He was attending the general assembly for the worldsteel, and he said something that completely helped me decompress. It was actually a compliment – and something I’ve never heard elsewhere. (chuckle). He really helped me unwind, and I was able to compete in the best mindset.

Q: What about your work at POSCO? Is there any connection between your work and the techniques involved in the competition?
A: In the steelmaking department where I work, we’re currently developing a temperature forecast model. Managing temperature is so important for quality steel, so my work was definitely helpful for the competition. 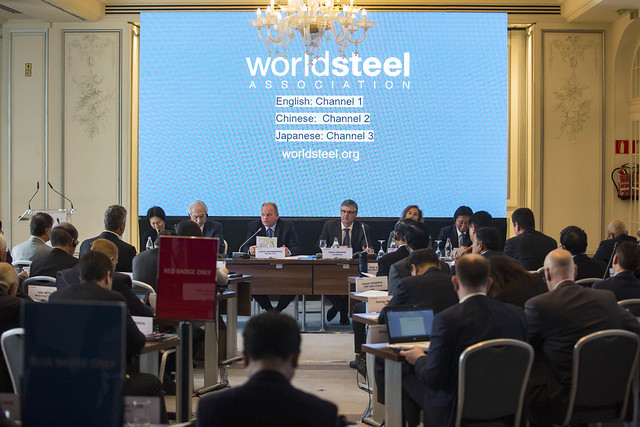 Q: So some of your colleagues are also past winners of the steelChallenge?
A: Yes. At Pohang’s steelmaking department, there are altogether two world champions and three regional champions. Jin-Hong Park and Sung-Jin Kim started all this back in 2006. At that time, the competition was team-based – from 2014, the steelChallenge became an individual competition, and this is the first victory since then. Because of the work of my predecessors, we were able to take home the victory. 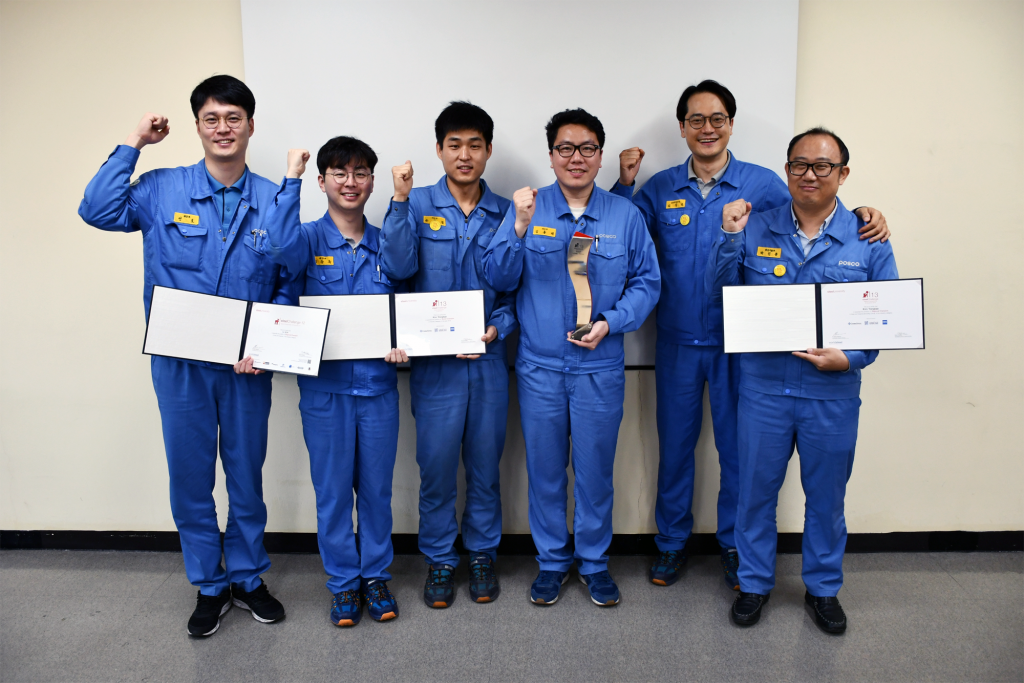 Q: Any words of advice from the previous winners?
A: Yes. it was, in fact, Sung-Jin Park who first introduced me to the steelChallenge. For the past few years, I have been studying for the competition with my colleagues. Until I learned about the competition eligibility, I went through actual simulations with my colleagues who participated in the challenge. Preparing for steelChallenge takes years – for the World Championship especially, the years of working experience at POSCO helped get my foot in the door.

Q: Multiple winners in just one department? How?
A: I have to attribute the credits to the senior leadership in our department. They helped us organize the team to prepare for the competition – also coaching our studies. They provided the best environment for us to prepare. The steelChallenge itself is one of the hottest events for the whole department, so it was especially motivating. 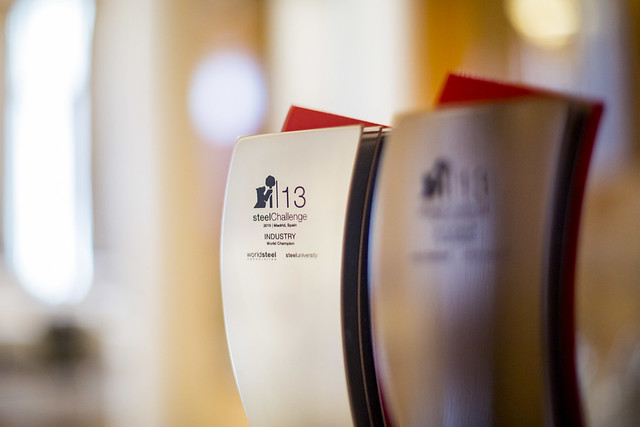 Q: Do you have any words of advice for the next contestants?
A: Before the competition begins, prospective participants are given two months to study a simulation program. It is critical for them to understand the simulation program fully in order to come up with calculations on various problems – after of which, through countless practice, you horn and perfect your skills finding anything that is overlooked and minimizing errors.

Q: Now that you are the final winner, any plans for the future?
A: The actual steelmaking process involved in the field has more variations than in the competition, making precise prediction quite challenging. However, through persistent analysis of the field operation, I will support improving and automating the steelmaking process. Through the automation process, we will minimize the variants, boost quality and reduce costs, helping the company move forward.

What’s ahead for the steelChallenge 2019? Will Yong-Tae Kim’s infectious energy help bring home the victory yet again? The clock is ticking for the next steelChallenge Regional Championship – which is set to take place this coming November.