On December 4th, POSCO hosted the `IP (Innovation POSCO) Festival 2014’, providing a forum in which it could share the outcomes and best practices from POSCO Total Innovation Methodology (POSTIM). Under the theme of `differentiation toward greatness`, the event held a direct simultaneous video stream linking Gwangyang-Seoul-Songdo. About 1,000 executives and members of the POSCO Family, including Group companies and outsourcing partners, shared the outcomes and best practices from POSTIM. 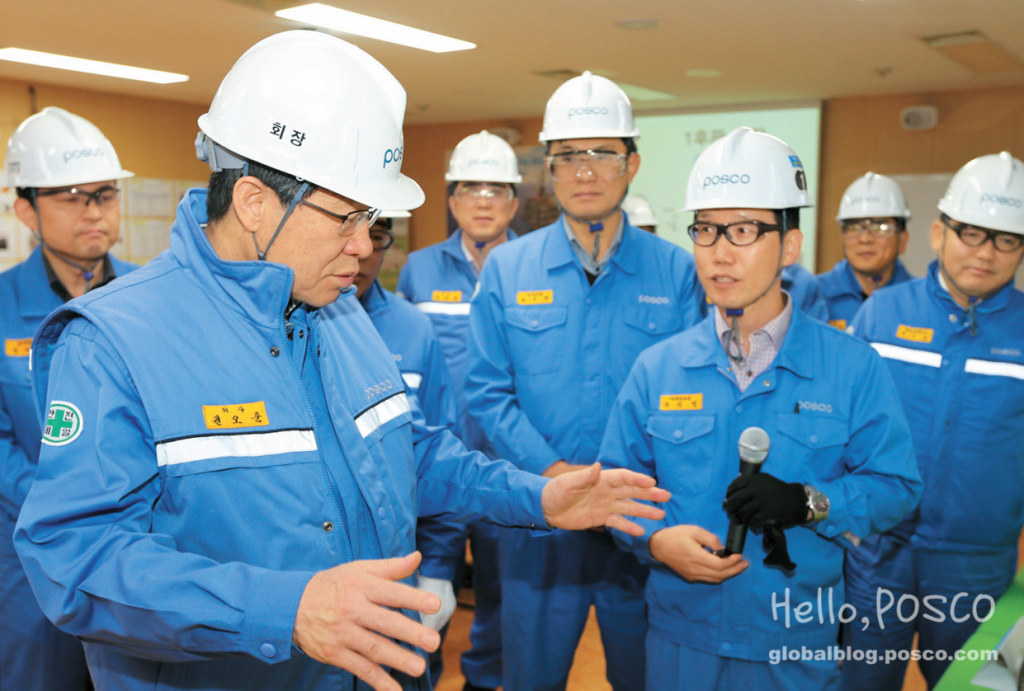 What’s POSTIM?
POSTIM is an innovative model developed by POSCO and applied in August 2014 to achieve the corporate vision of `POSCO the Great’. At the event, participants looked back on the efforts and traces of POSCO Family to implement `POSCO the Great`, and shared the progress results and best practices from POSTIM, which spans PWS (PJT-based Working System), QSS+ (Quick Six Sigma plus), and SWP (Smart Work Place). In addition, through the `Contest for an Excellent Project Idea`, they shared creative ideas from the shop-floor that can contribute to improving profitability, with a special awards ceremony to recognize the most promising ideas.

PWS (PJT-based Working System)
Many global companies such as Google, GE, 3M and more, are practicing various projects as they consider projects to be the key to efficiency. Through ‘Innovation POSCO 1.0’, POSCO has drawn a number of lucrative projects in each corresponding sector of production, sales, research, finance, new business and management support. By creating exclusive teams and members for projects, POSCO provided an optimal circumstance where project participants could concentrate on their tasks.

QSS+ (Quick Six Sigma plus)
Ever since its completion in 1937, the Golden Gate Bridge in San Francisco carries a hundred thousand cars every day without facing any problem. Such durability is achieved by annual maintenance activities and recovery with adequate investments.

With 24-hour operating facilities older than two decades, POSCO also requires consistent management and investment in order to maintain its competitive edges. Accordingly, POSCO developed QSS+, innovative activities compatible for steel mills and has been strengthening its facilities in pursuance of a safe working environment. As POSCO deploys customized innovative activities by upgrading its core facilities, QSS+ plans are expanding with a plant manager’s lead. As QSS+ plans are settled, plants go through a major reconstruction or plan an independent activity that is appropriate to each department’s characteristic.

SWP (Smart Work Place)
From winning the 2014 UEFA Championship and 2014 World cup championship, Germany’s football teams are leading the paths of the world football. Behind such achievements, there were IT infrastructure and leadership that created positive atmosphere to the players.

IP Festival 2014 Event Sketch
At the ‘IP Festival 2014’, executives and employees shared the outcomes and best practices from POSTIM. Groups and individuals who have displayed outstanding performance throughout the year were awarded at the event. 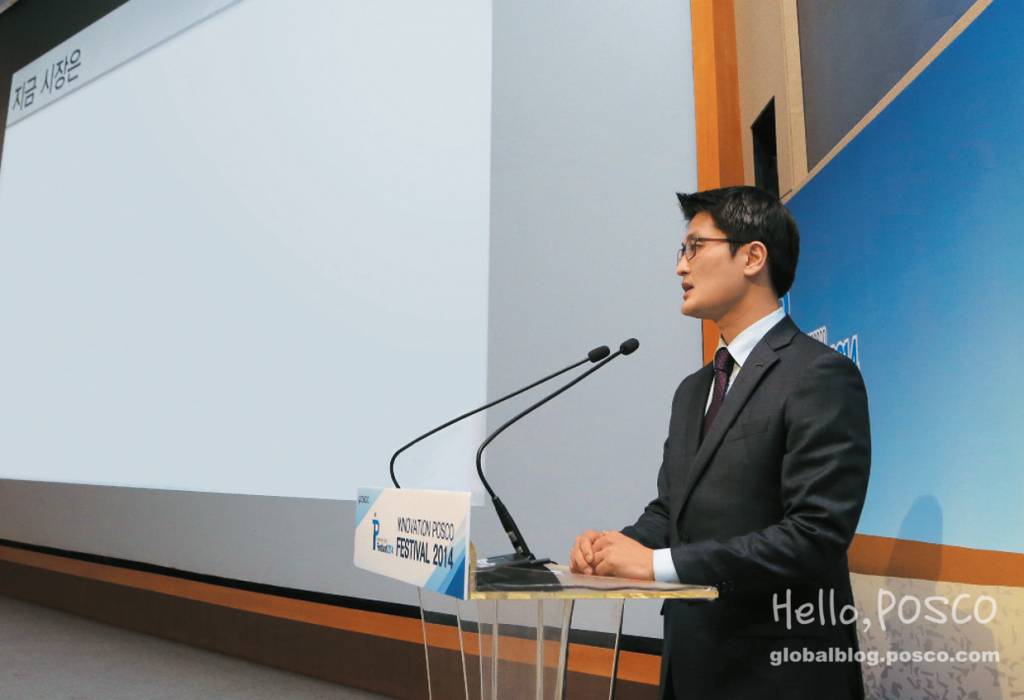 Let’s see what other interesting activities were shared at the IP Festival 2014! 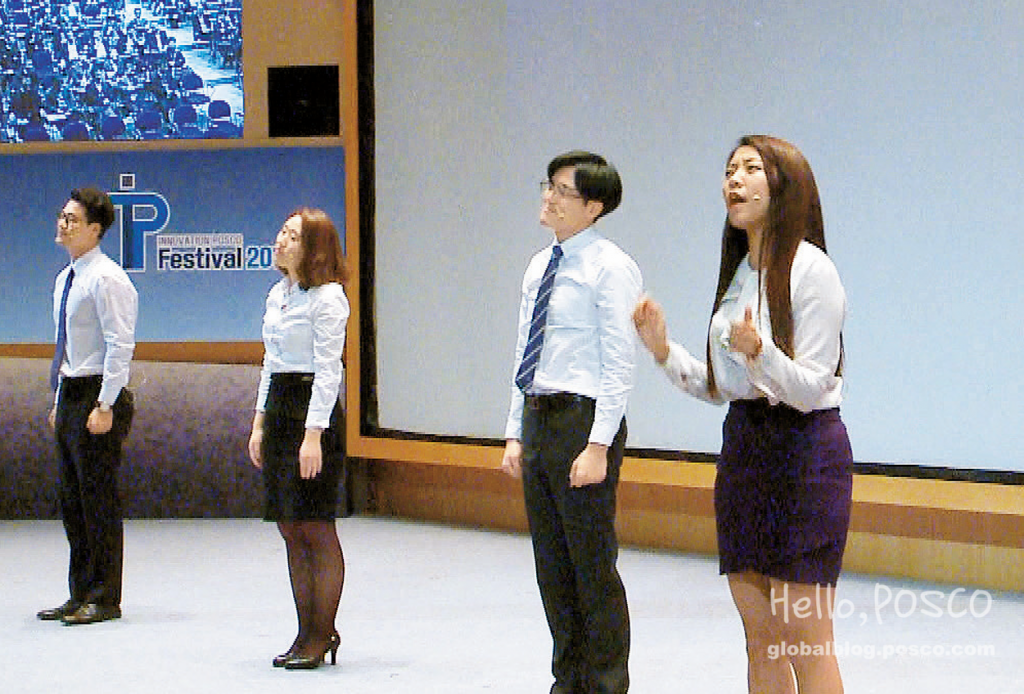 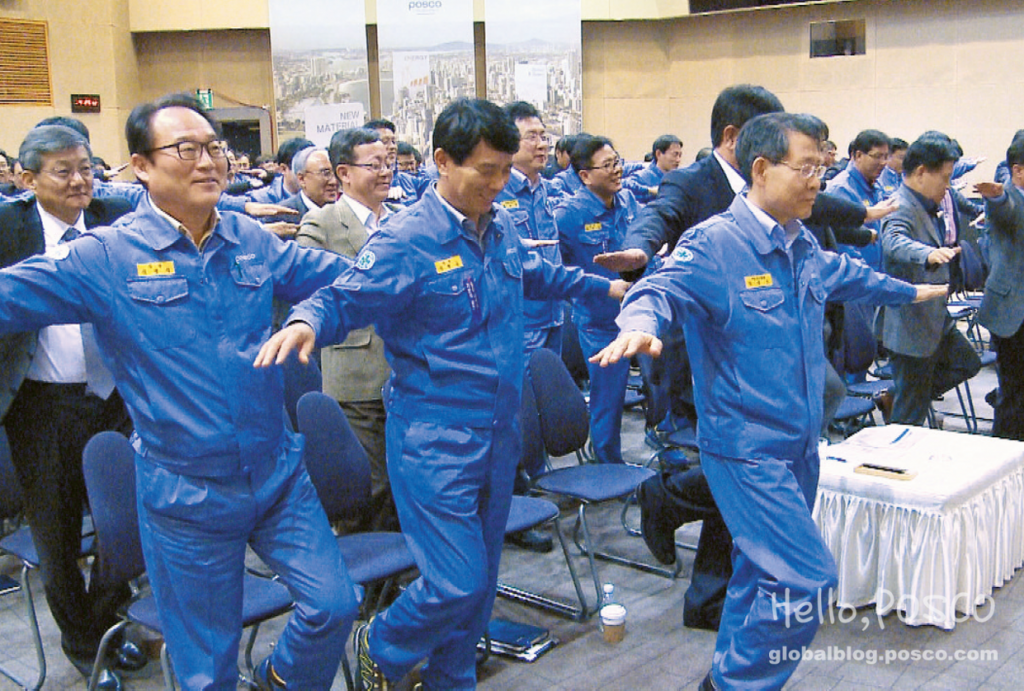