Last year, California experienced the worst wildfire season in recent history. The death toll of 43 was higher than the previous 10 years combined, and more than 10,000 buildings and structures were damaged or destroyed. Total damages including insurance and recovery expenditures cost the state an estimated USD 180 billion. Already, California has spent USD 700 million for fire suppression during the fiscal year, far exceeding the USD 426 million budget. 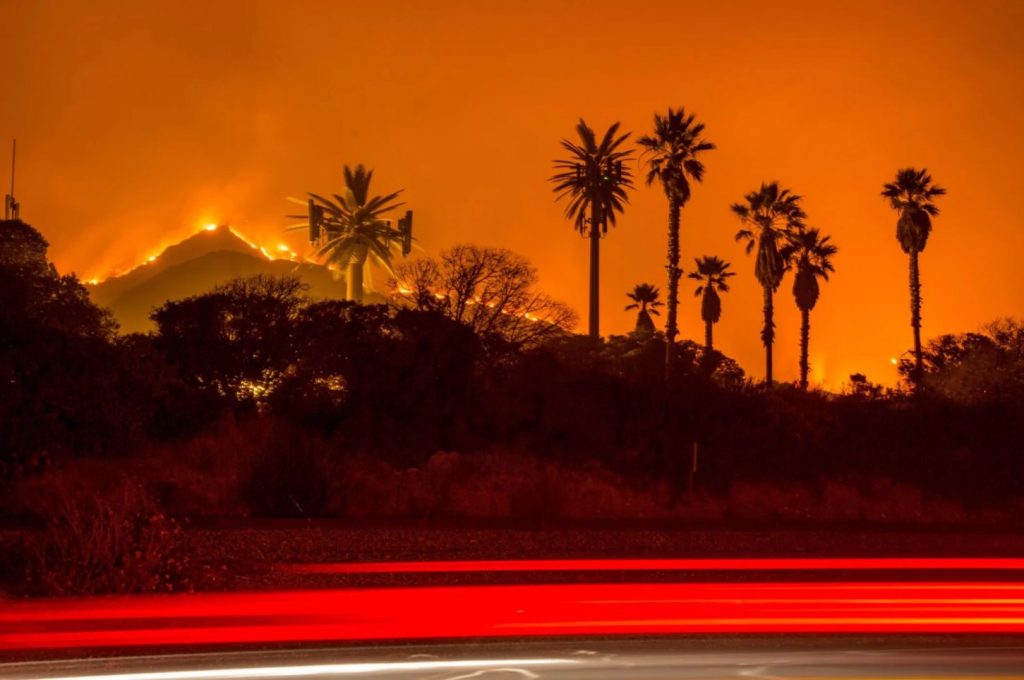 It wasn’t just wildfires. The fire that broke out in Grenfell Tower in West London last June claimed 71 lives and sparked a public outcry for stricter building regulations around fire safety. The material used as cladding to wrap the outer part of the building came under scrutiny as it was extremely flammable and contributed to the rapid spread of the flames.

To prevent further disasters, architects, builders and policymakers need to reexamine the materials that go into building people’s homes, workplaces and public facilities.

Steel is one of the most popular materials for construction as it is 100 percent recyclable, cost-effective and easy to work with. Moreover, World Steel Association’s Steel Construction Fact Sheet shows that steel is the most-researched and best-understood construction material available today. Its inherent characteristics and widely-available reinforcement options make steel the safest construction material for fire resistance.

eel is one of the strongest construction materials under high heat. (Source: CIC)

Fire resistance refers to the duration of time a building can withstand the load of the building, limit the passage of flames and gases and insulate the building against rising temperatures during a fire.

Putting Materials to the Test

Darchem Engineering conducted the first-ever fire-resistance test in 1990 comparing galvanized steel, stainless steel, aluminum and fiberglass. Each material was exposed to temperatures from 1000 to 1050ºC (1832 to 1922ºF) for a period of 5 minutes. Both types of steel passed with minimal damage, while aluminum collapsed after 26 seconds, and fiberglass collapsed almost immediately. 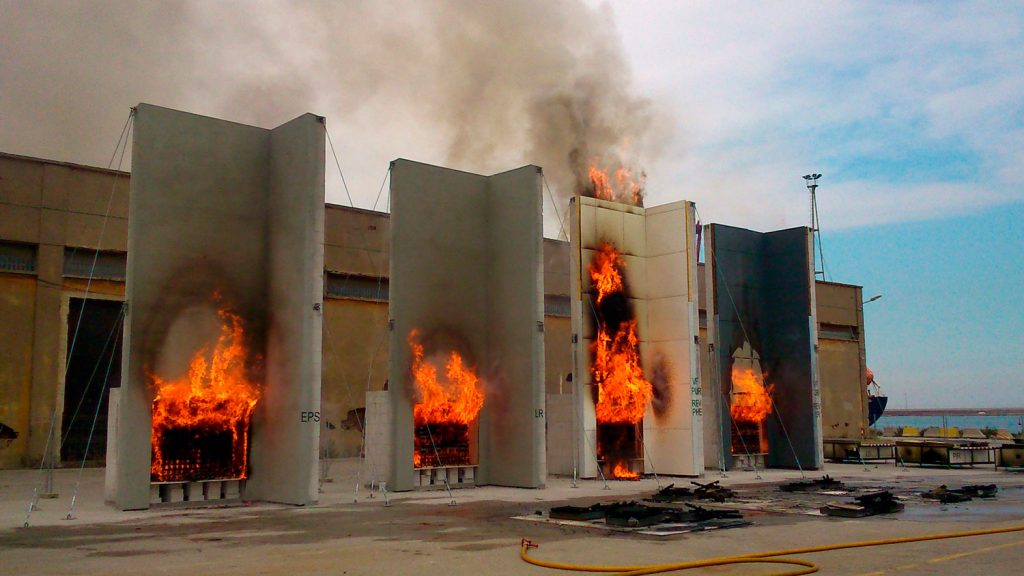 Fire-resistance tests show that stainless steel is one of the most fire-resistant materials available. (Source: Applus)

They also conducted a 2-hour test with the same materials exposed to temperatures from 552 to 555ºC (1026 to 1032ºF). For stainless steel, the testing time was extended to 3 hours and it still had the least amount of damage out of all the materials. Galvanized steel passed the 2-hour mark, but did produce some molten zinc. Aluminum failed after 12 minutes, while fiberglass gave out in 6 minutes.

The results showed that steel, especially stainless steel, is the most fire-resistant material. However, one can never be safe enough when it comes to fire safety, and there are several ways to increase the fire resistance of steel that fall into 3 major categories.

Passive fire protection methods include boards, sprays and films that insulate the steel surface or structure against high temperatures. Fire protection boards are the most common type of passive fire protection as they can be customized and designed to fit the interior of the building. However, they are quite labor-intensive and costly compared to other options.

Boards are the most common types of passive fire protection. (Source: IPCOM)

Active fire protection refers to any automatic or manual measure that can be taken to detect or fight fires. These include water sprinkler systems, alarms, smoke detectors, first responders and more. With advancements in AI and smart sensors, active fire protection will see vast improvements in the years to come and software systems will likely play a great role in fire prevention and protection. 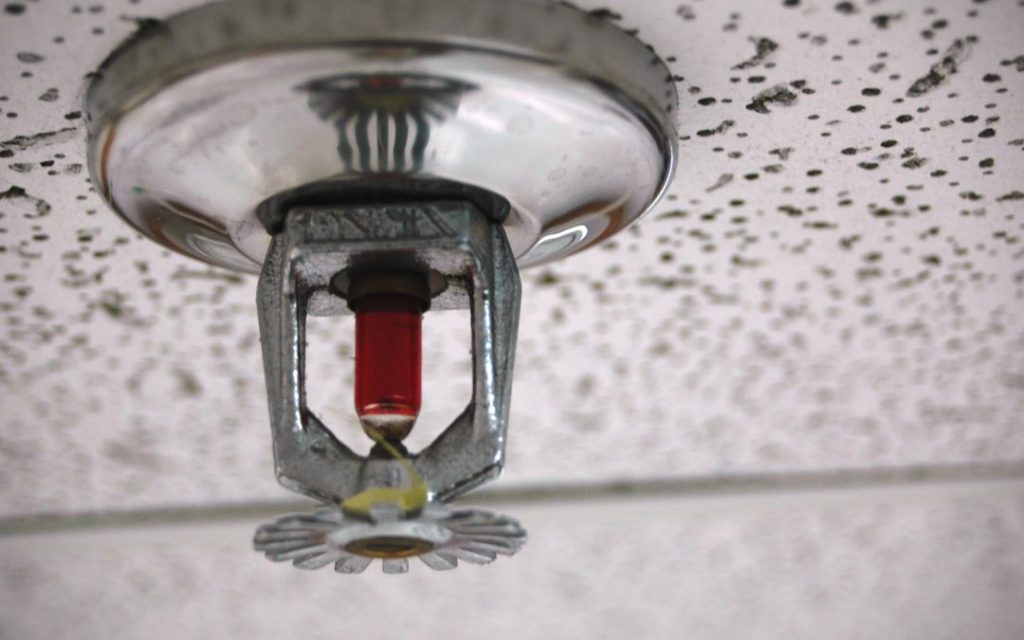 Intumescent fire protection includes paint-like substances that swell up in high temperatures and act as insulation against the heat. Typically, the intumescent substance will become 50 times thicker than its original state at about 200-250°C, well before steel undergoes any structural damage. Recently, intumescent paints have become much more prominent than passive types of fire protection as they are cost-effective, and can be applied on and off-site saving builders time and money.

Most recently, scientists and engineers from Nanyang Technological University (NTU) and national industrial developer JTC Corporation came up with a new intumescent fire protection paint called Firoshield. It is much cheaper than other types of intumescent paint and takes half the time to apply. The innovation will allow steel buildings to maintain its structural integrity for 2 hours with only 5 layers of paint, compared to the 15 layers required by other paints.

Such innovations are expected to reinforce the safety of steel buildings, giving people more time for evacuation and limiting the spread of smoke and flames. On a final note, the fire-resistant qualities of steel should be taken into consideration not only for building frames and exteriors, but also for staircases, doors and other parts of a building that must stay intact for safe evacuations as well as for the safety of first responders.