Steel Looking Back on Super Bowl 2019

Super Bowl, one the largest sporting events in North America, just completed its 53rd game last month. Super Bowl 2019 kicked off on February 3, with the Maroon 5 who recently performed in Korea, as its half-time headliner.

l 27,000 Tons of Steel, the Backbone of the Mercedes-Benz Stadium 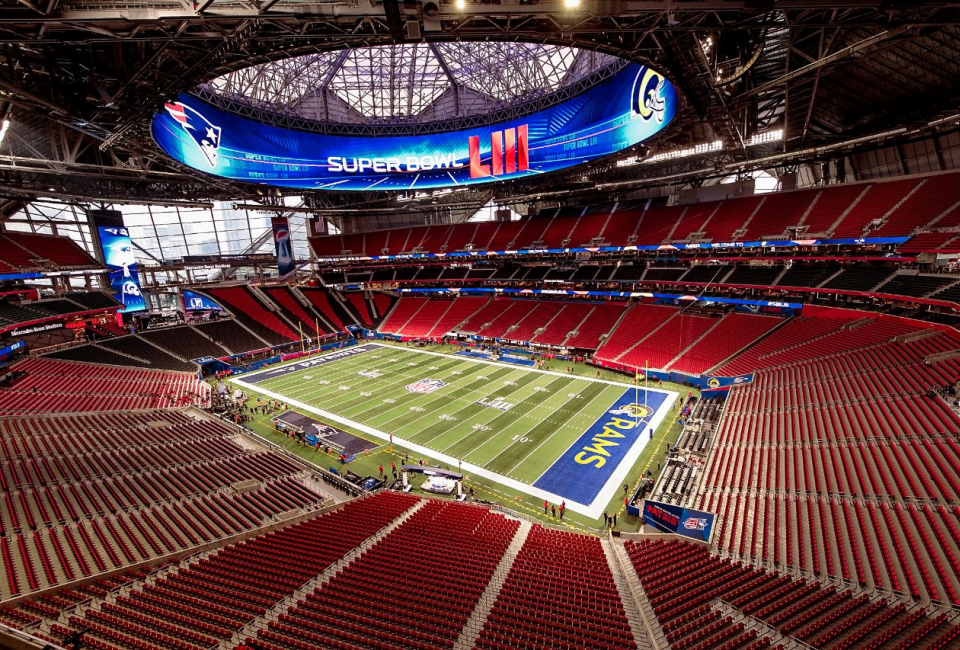 The Mercedes-Benz Stadium opened in 2017 after a 39-month construction period. With over $1.5 billion that went into the project, it is a cutting-edge, state-of-art stadium and one of the most expensive in the world, along with New York’s Yankees Stadium ($1.5 billion) and Las Vegas Raider Stadium ($2.4 billion).

There are altogether 32 national football teams across the United States – every year, they compete for a spot in the Super Bowl during the NFL season from September to December. There are 31 NFL stadiums across the country, and five of them are equipped with retractable roof system. Completed in 2017, the roof system at the Mercedes-Benz Stadium is the newest.

The height of the stadium is 93 meters, equivalent of a 30-floor building, and it can accommodate about 71,000 spectators. The steel used for the stadium is about 27,000 tons, 3.2 times more steel than those used for its predecessor Georgia Dome, which used 8,300 tons of steel.

On top of its vast size and the amount of investment, the Mercedes-Benz Stadium also made history for its data usage. During the Super Bowl 2019, the amount of data used on that single day reached 24 terabytes, setting a world record for any single gathering in history. To put it simply, 24 terabytes is the equivalent of transferring 68 million selfies. Compared to the Super Bowl 2018 in Minnesota, the data usage shot up by 48% this year.

The 360-degree video board at the Stadium is 328 meters in circumference and 18 meters in height, allowing the spectators to truly feel the heat of the game. 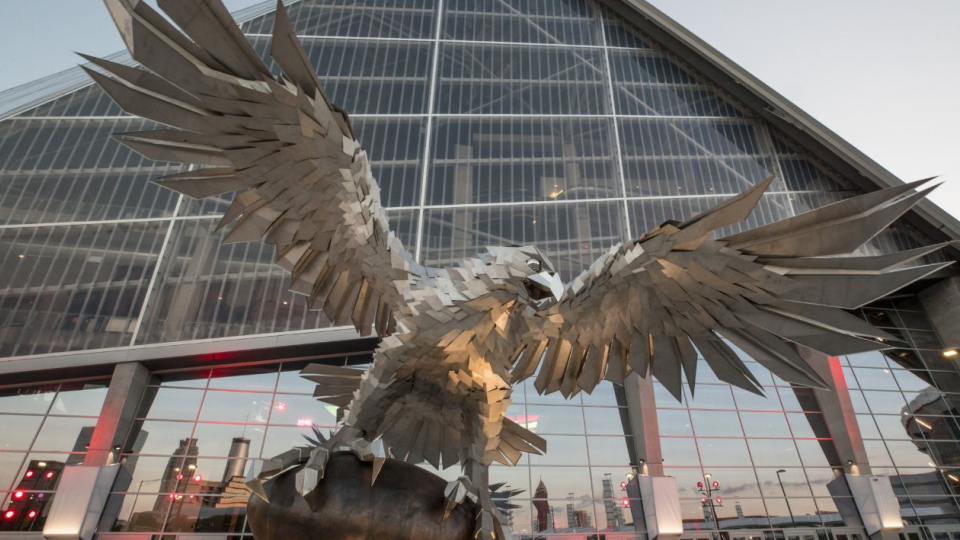 The Mercedes-Benz Stadium is also famous for its unique art collections, with over 180 commissioned works attracting spectators from all over the stadium. Each work honors Georgia fans’ football love and passion. Among all these art collections, the most notable piece is the statue of the Atlanta Falcons.

Named after Atlanta’s home team, Atlanta Falcons, the statue is made of stainless steel by Hungarian sculptor Gábor Miklós Szőke. According to the artist, it is the world’s largest free-standing bird sculpture. The falcon perches on a 4-meter-high bronze football, and is 12 meters high (an equivalent of a 4-story building) with a wingspan of 21 meters. The Atlanta Falcons sculpture weighs over 3.3 tons.

The Super Bowl 2019 is Atlanta’s first Super Bowl game in 19 years. As the capital of the state of Georgia, the city also hosted the 1996 Summer Olympics. Though America’s tallest buildings are mostly located in New York or Chicago, Atlanta also has an architectural monument that represents the city: the Bank of America Plaza, the tallest building in the city. 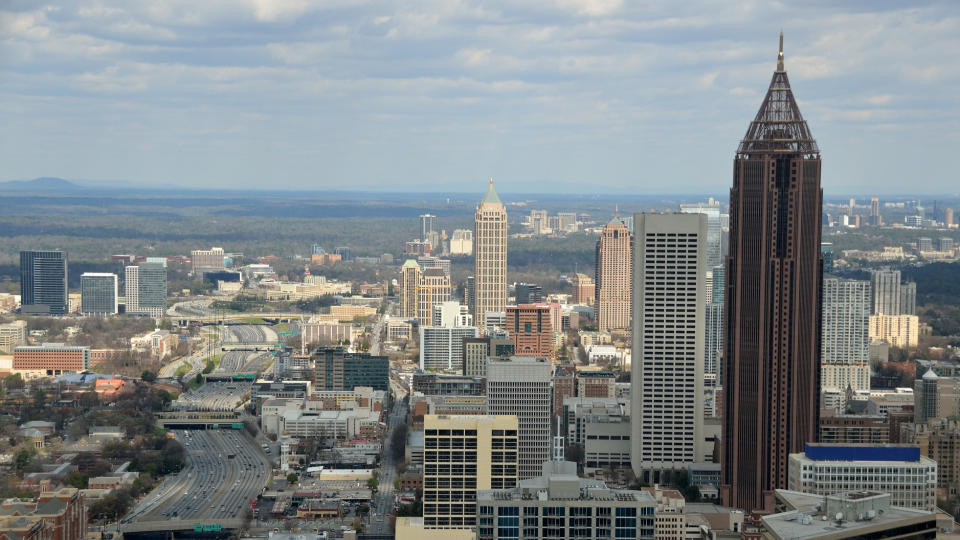 It’s no Empire States Building in New York or Chicago’s Willis Tower (previously Sears Tower), but the Bank of America Plaza (hereafter BOA Plaza) was once the highest building outside of New York and Chicago. The 55-story building, measuring 312 meters high, is currently the 16th tallest building in the United States and still the tallest in the Southeastern United States.

Completed in 1992, Bank Plaza has the postmodern art deco style similar to that of New York’s leading steel structure, Chrysler Building. Art deco is characterized by geometric patterns and intense colors and was popular in the United States during the 1920s and 1930s. 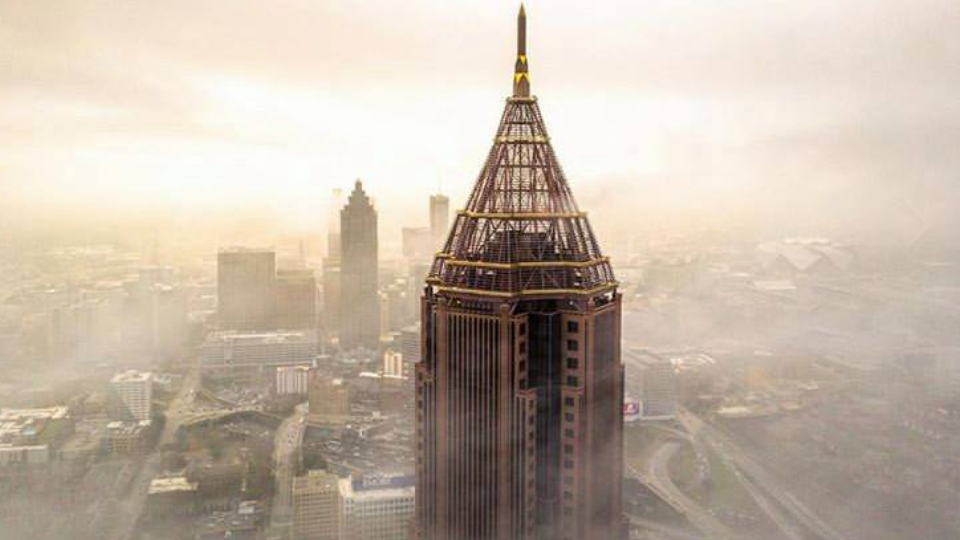 ▲ The spire of the BOA Plaza (Source: e.kassa, Bank of America Plaza)

The BOA Plaza’s core is made of reinforced concrete. Concrete-encased steel was applied to the columns, and steel was also used as the floor spanning. One of the distinctive features of the BOA Plaza is its pyramid-shaped spire, which is an open frame steel structure with a height of 27 meters. Steel beams support the slabs of the spire’s each floor, and they act as point loads to the columns, which distribute the load onto the foundations. 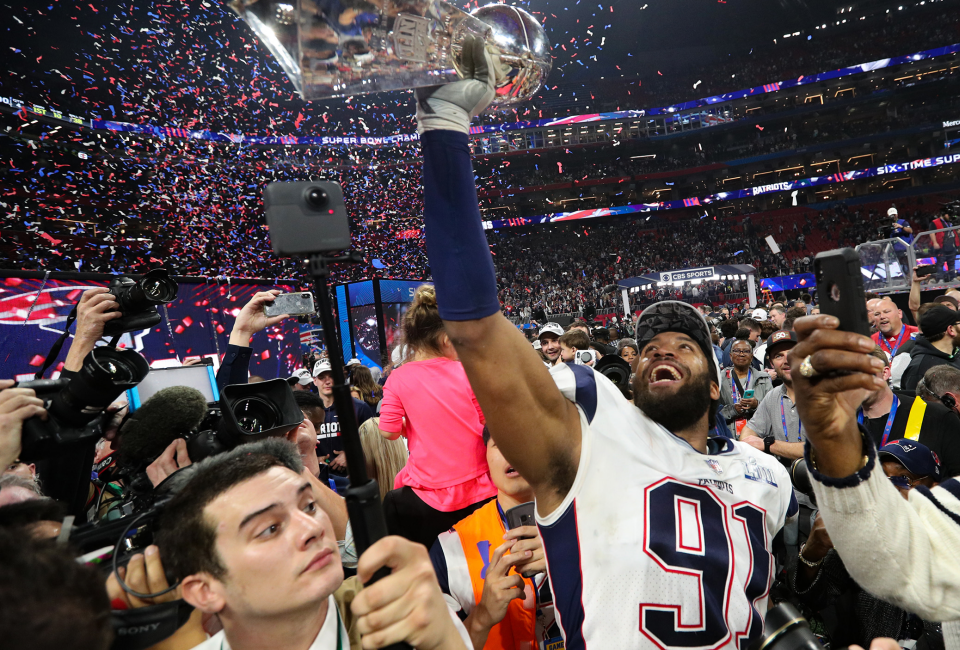 Which two teams will deliver the next game, and what other steel stories are yet to be discovered? The countdown to the Super Bowl 2020 has already begun. 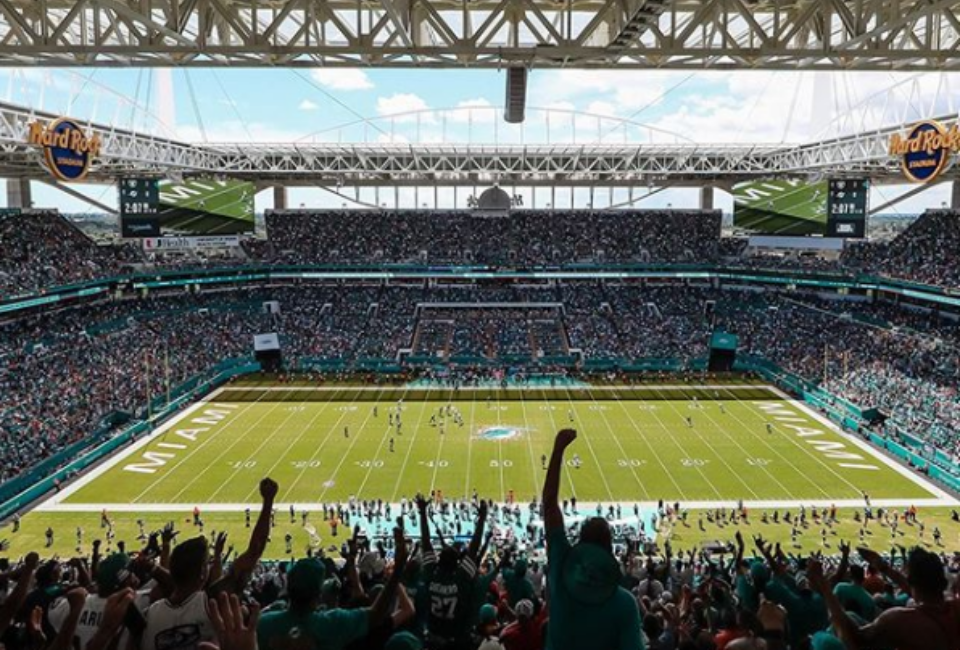