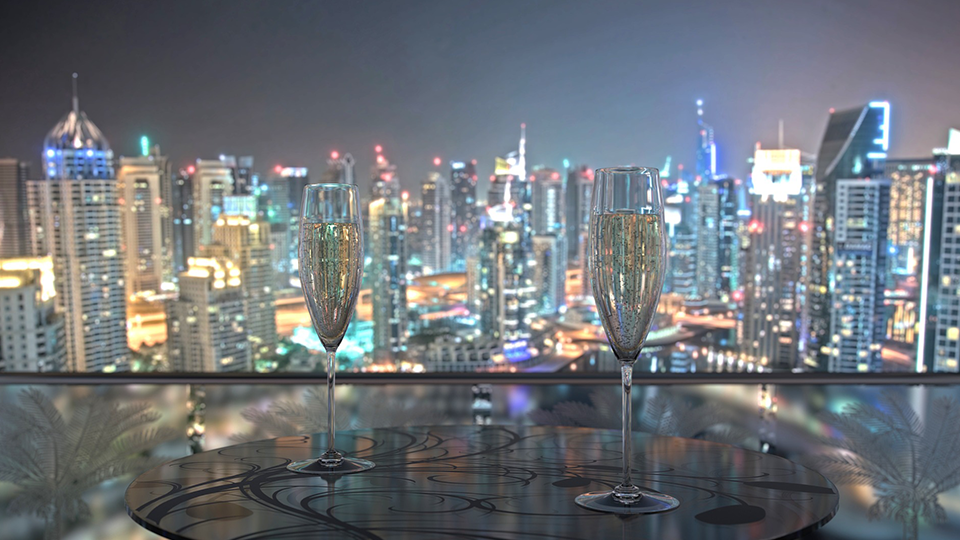 Visitors take the elevator up the top floor’s observatory deck to see the breathtaking city panorama. Families and couples dine or drink champagne by the window glistening with city lights. It is the celebratory scene of US National Skyscraper Day on September 3.

This rather glamorous day commemorates the birthday of an American architect, Louis H. Sullivan also known as “father of skyscrapers” who built one of the earliest. Since then, the onset of skyscraper construction has brought about the advanced construction technology around major cities of the world.

As skyscrapers are typically approximately 40 floors (492 ft, 150 m) or taller, its construction involves impeccable framework and state-of-the-art technology for upmost safety— to support its weight and protect its habitants from natural disasters. To achieve such a feat calls for steel, the sole material relied for its unique high-strength-to-weight ratio.

Empire State Building, Landmark of the City that Never Sleeps 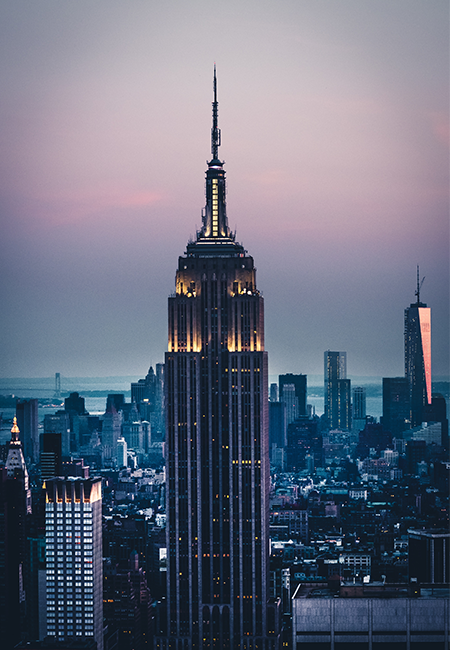 Originated from “Empire State”, the nickname of New York, this sparkly landmark featured in the silver screen to popular songs is the prestigious international icon of New York City. A reason why we are probably most familiar with this particular skyscraper. Located at the heart of Manhattan, the west side of Fifth Avenue, the multi-colored tower lights of the Empire State Building take the lead in decorating the city’s night skyline. Originally built as a symbol of hope during the nation struggling through the Great Depression, this famed landmark has been recorded as the tallest building in the world for 40 years in between 1931 to 1971 with its magnificent 102-story status and height reaching up to 1,454 feet (443.2 m) including its antenna.

All the while it had exceeded the height of the tallest skyscraper in the vicinity, the Chrysler Building, by as much as 204 feet. It took a tremendous amount of manpower of 3,000 workers to complete the construction in record time—as short as 13 months. The Empire State Building set the record as the tallest skyscraper in the world, a title retained until the completion of the World Trade Center in 1972.

Visitors to the 360-degree open-air observation deck on 86th and 102nd floor observatory attracts around 4 million visitors where expansive sunrise and night view of the entire city and beyond is visible, overlooking the Central Park, Hudson River, and Statue of Liberty.

Designed to withstand the building’s heavy gravitational pull and strong winds, the structural frame of the building took 57,000 tons of steel columns and beams that formed a 3-D grid throughout. 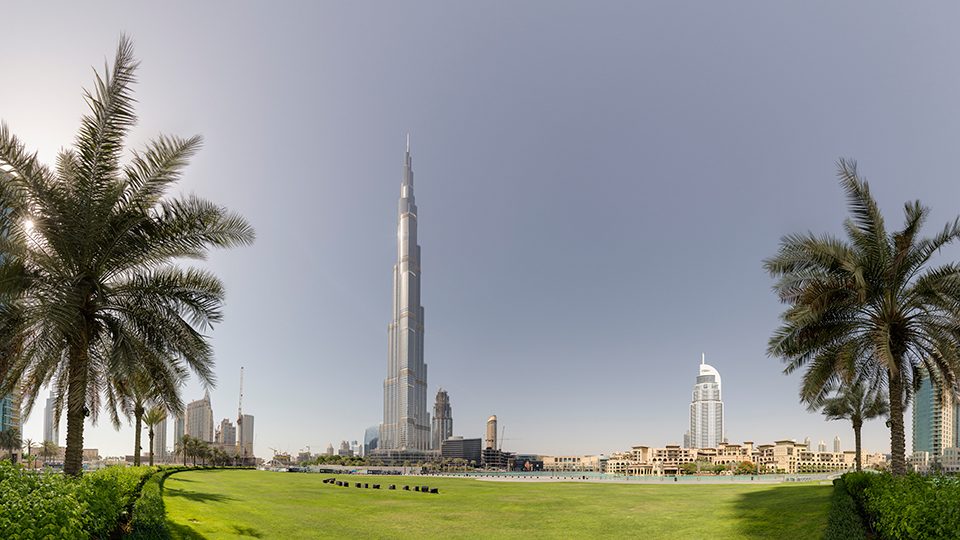 Located in the exuberant city of Dubai, this thin, needle-shaped skyscraper is gaining more and more prestige each year as millions of visitors marvel at its glamorous status of 829.8 meters (2,722 feet). This $1.5 billion-worth super scraper is currently the tallest architecture in the world since its construction in 2009. Taking five years to complete, more than 12,000 workers took part in the process for what is twice the height of Empire State Building and three times that of the Eiffel Tower in Paris.

This superstructure taking center stage in the scenes of “Mission Impossible: Ghost Protocol”(2011) where Tom Cruise pulls an edgy stunt scene moving about the walls of the building with suction gloves, gaining further worldwide stardom.

The city’s breathtaking skyline is observed  from “At the Top” deck on the 124th floor where the neighboring country, Iran’s shores can be seen during days of high visibility. In the making of this magnificent structure, 31,400 metric tons of steel rebar was used. 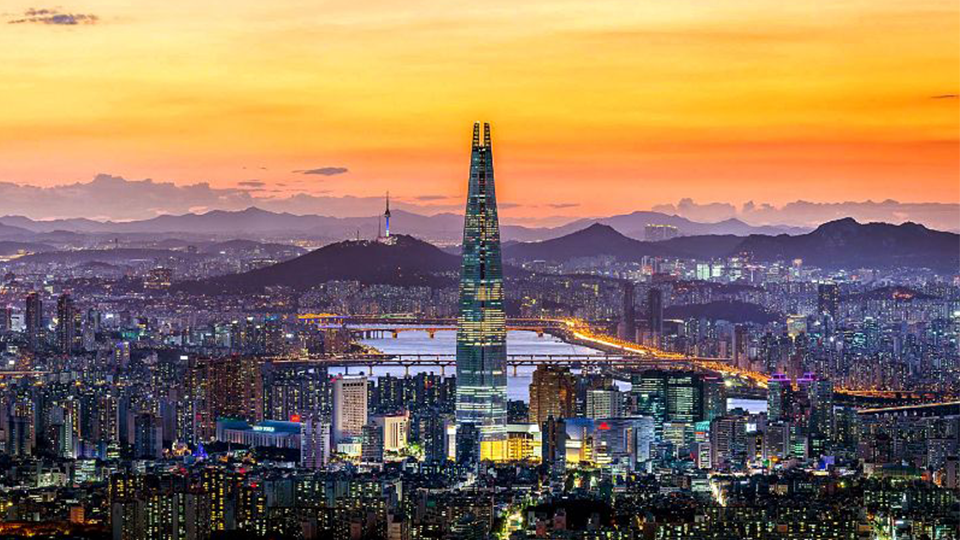 Soaring 555 meters into the clouds, Lotte World Tower situated in Jamsil, Seoul, is the fifth tallest skyscraper built incorporating the newest cutting-edge technology. It is the home to world’s highest glass-floored observation deck creating a thrilling sensation of vertigo on the 117th to 118th floor. The observation deck reveals Seoul’s mountainous landscape afar during the day.

Leading edge construction technology from around the world was integrated into the process, and POSCO’s exclusive technology played a considerable part in the project. Thick plates (usually over 100 mm) applied in the domestic market was no more than 80 mm. However, to construct the highest building in the domestic scene, POSCO supplied 41,000 ton-worth of 120 mm thick plates and HSA800 high-strength steel. HSA800 is POSCO’s world premium product of which is highly suitable as the construction material for high-rise buildings. Even a 1mm² amount of HSA800 could support a human being weighing 80 kg (176 lb) without trouble. 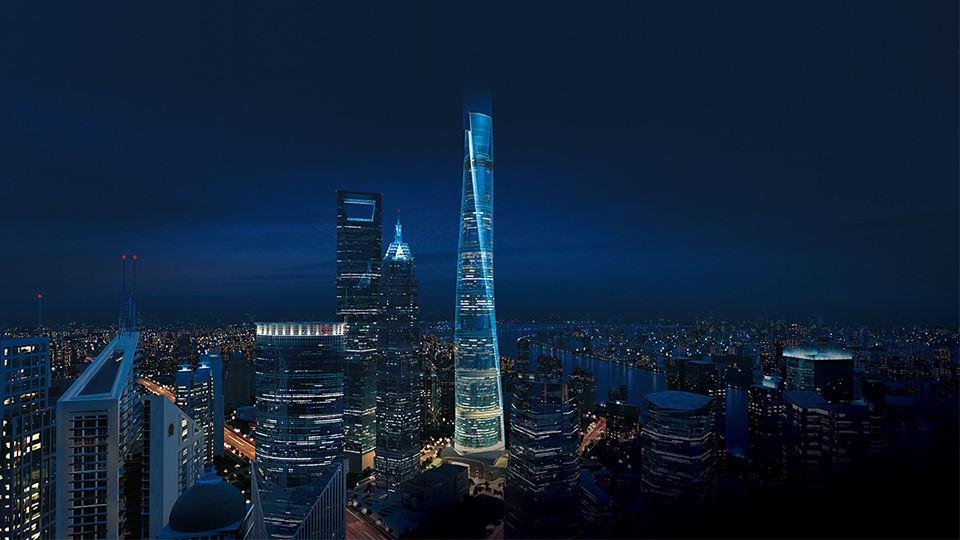 Shanghai Building is spotlighted as a sustainable mega-tall tower(Source: Asiantowers)

China’s tallest, and the second tallest in the world, the Shanghai Tower is one of the recent high-rise construction recognized for its efforts in sustainable architecture. Towering 632 meters high, this China’s newest architectural invention prides on the world’s fastest elevators, highest hotel, and restaurants, as well as the tallest observation deck.

By reducing the amount of construction material needed by 25 percent, it saved approximately $58 million in construction costs. It collects rainwater and reduces wastewater for energy conservation while combining the cooling and heating power system that cuts tons from carbon footprint. Furthermore, the engineers installed 200 wind turbines at the top of the power which generates about 10 percent of the building’s electricity. 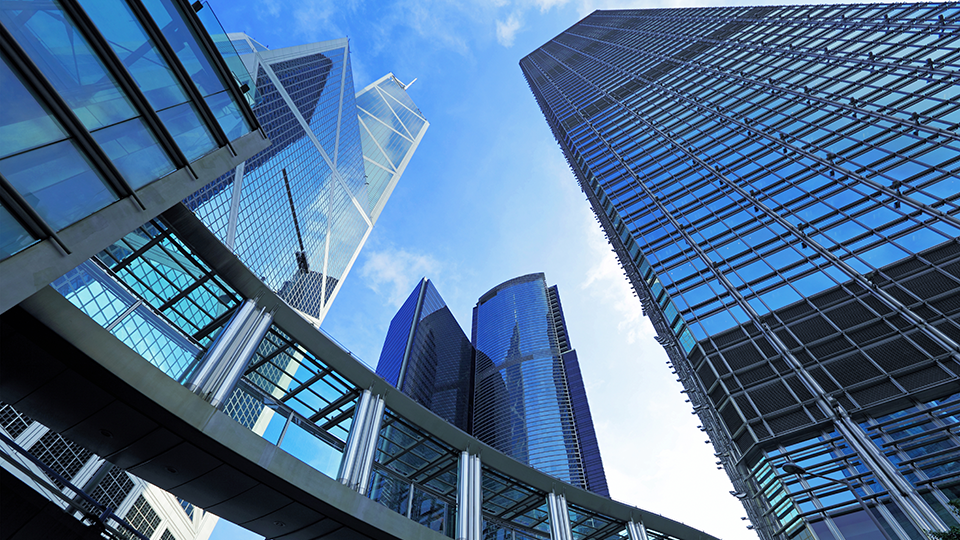 Use of steel delivers a range of advantages aside from stability. High-tech steel used for construction enables thinner walls making for more spacious interiors and more windows. The most crucial element is the safety aspect which steel delivers. Natural disasters pose a great threat to tall buildings from typhoons to fire hazards. As the quality of steel high-strength steel used in the construction of mega buildings is high, the resilience and ductility provide a significant advantage.

POSCO’s exclusive technology, HAS high-strength steel is an example of a material that is resistant to earthquakes. It is 1.7 times stronger than regular steel while 30 percent lighter in weight. A perfect high-strength steel that absorbs strong vibration.

In Japan, the country often hit by earthquakes, high strength steel is highly preferable for good welding and economic value. Up to 880 N/mm² in yield strength (tensile strength 1,000 N/mm²) is highly preferred.

The tense competition for reaching new heights in mega-tall buildings are still underway. Saudi Arabia’s Jeddah Tower will soon become the tallest in ranking, setting aside Burj Khalifa. Its expected height reaches above 1,000 meters, and Dubai’s Creek Tower is expected to be completed in 2021 as an observation tower rising up at 1,300 meters. With the advent of Jeddah Tower towering above 1 km, an even newer era of skyscrapers will begin where steel frames will play an even more significant part of the future’s architecture—raising efficiency in limited city spaces while creating installation artwork befitting in the creation of the Megacity.

Having discovered the architectural wonders of the world that have reached new heights through the application of steel, a tour to any of the tall buildings may now hold new meaning. Cheers to the pinnacle of human design.