Space Walk, What Are You?

An unidentified structure appeared one day in Hwanho Park, which is a resting place for Pohang citizens where they can see the beautiful coastline, sunset, and a panoramic view of POSCO.  The citizens looked at the long curved rail and wondered if it was a roller coaster. On November 18, the identity of the structure was revealed. It is called “Space Walk.” It is a public work of art that POSCO made. Let’s take a look at this attractive work of art that stands high in Hwanho Park.

On November 18, an unveiling ceremony was held for Space Walk, an experiential sculpture that is the largest in Korea, with 70 or more related people including Jeong-woo Choi, POSCO Group CEO, Kang-deok Lee, Pohang Mayor, and the designers in attendance. It has been two years and seven months since an MOU with POSCO was signed in April 2019. 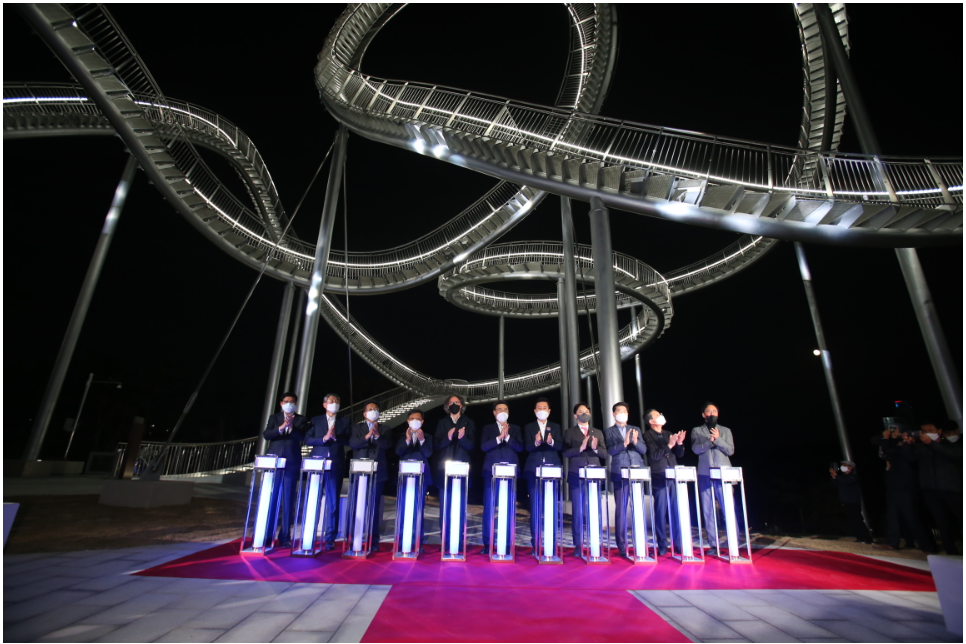 Jeong-woo Choi, POSCO Group CEO, Kang-deok Lee, Pohang Mayor, etc. participated in the unveiling ceremony and commemorated the launch of Space Walk, and the next day, Citizen Open Day was held with citizens, and the Talent Donation Corps participated and presented commemorative photos, busking, and calligraphy to Pohang citizens.

Experience of Walking on Space of Zero Gravity

Space Walk, which took two years and seven months from planning to completion, is an experiential artwork that visitors can walk on and appreciate the work and landscape. With Space Walk, visitors can have the experience of walking in space with zero gravity or on a cloud. Space Walk is nicknamed “cloud” because it looks like a cloud that is gently falling.

The total track length of Space Walk is 333 meters, and it is 60 meters wide, 57 meters long and 25 meters high, and has a smooth and magnificent shape with varying curves. Space Walk was manufactured with 100% POSCO steel and the capabilities and technologies of POSCO were fully mobilized for it.

The project of building a sculpture was promoted to contribute to the vitalization of the regional economy by making Pohang a tourist attraction as well as win-win cooperation with the local community after POSCO declared corporate citizens who develop together as a management philosophy in 2018. 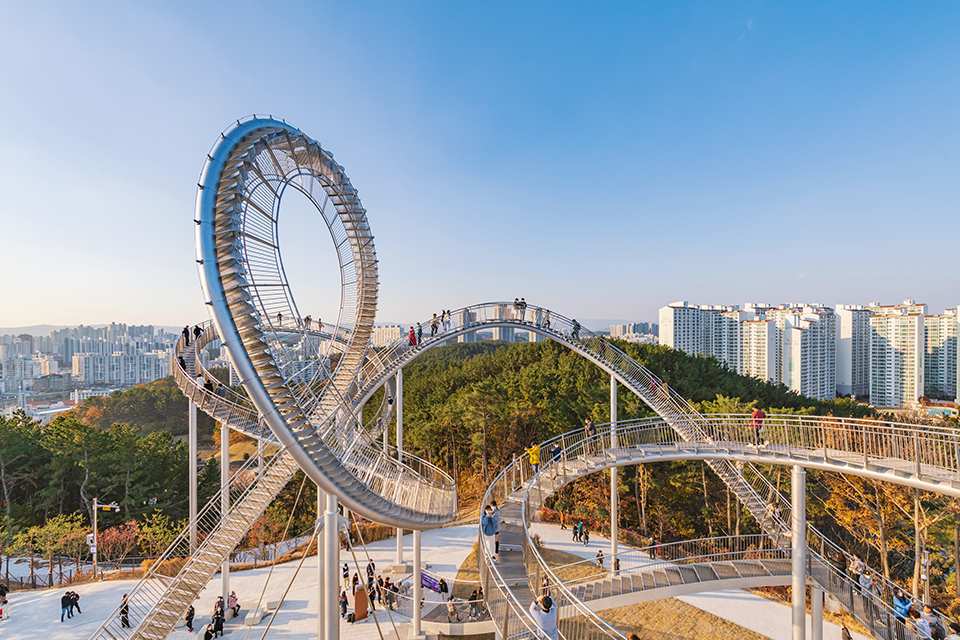 On April 1, 2019, the 51st anniversary of POSCO’s foundation, POSCO and Pohang City signed an MOU to make Hwanho Park a tourist attraction with the installation of works of art of world-famous artists in Hwanho Park, which POSCO co-established with Pohang for its citizens in 2001.

POSCO and Pohang decided to build a work of art with steel to symbolize Pohang, which is rapidly growing with POSCO, and culture and art tourism contents, as a subject matter, and selected German artists Heike Mutter and Ulrich Genth through a public contest in June 2019.

“The project of building Space Walk can be said to be an exemplary case of a public art project that POSCO and Pohang cooperated on from planning to construction and executed by complying with the process by each step from signing an MOU to designing, collecting citizens’ opinions, manufacturing and installation,” said Dae-hyung Lee, former art director of the Venice Biennale.

Heike Mutter (1969) and Ulrich Genth (1971), who designed Space Walk, are German artists who majored in pure fine arts and media art and are internationally renowned for viewer participation art works and architectural sculptures. 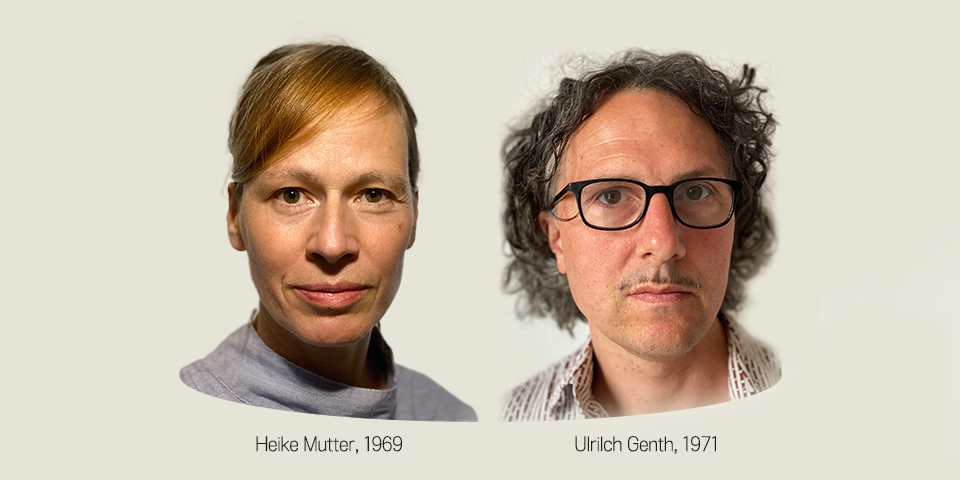 Heike Mutter and Ulrich Genth went to Pohang several times for the installation of Space Walk and visited various attractions such as Pohang Works, Jukdo Market, and Sunrise Park and communicated with Pohang citizens and met local historians to get to know the city. Based on this experience, they completed eight designs that interpreted Pohang’s culture and the characteristics of citizens, and the final design was decided in communication with an advisory committee composed of experts in domestic sculpture, architecture, and art, Pohang, and POSCO officials.

The design of Space Walk is based on the concept of “Light” in the Sun and Moon Myth of Pohang, the “song of light and steel” based on iron, a driving force of economic growth in Korea, and “walk on the sky and art together slowly.”

In order to express POSCO’s vision and value from the perspective of Community with POSCO, the company’s steel products were used as the material of the work, and it was designed as a participatory work completed through the audience’s experience.

Space Walk is reminiscent of a roller coaster from a distance, and the image of “fast speed” is evoked, but what visitors experience on the track of the work is the relationship between the body and space, walking slowly along the work. 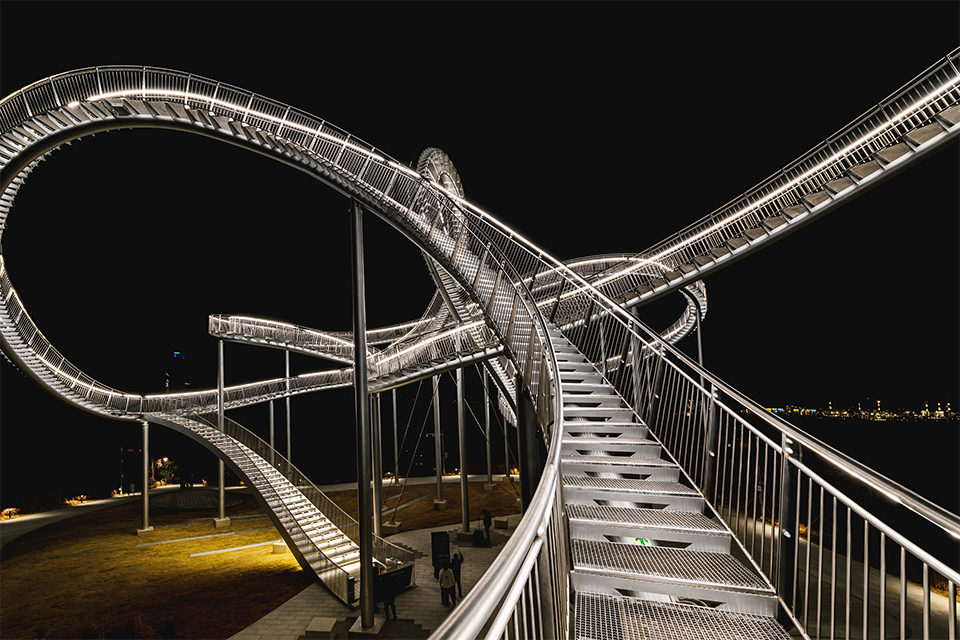 This contradictory experience means the “relativity of time,” an important aesthetic concept of Space Walk, and an elegant curve drawn with steel and illumination embroidering the night sky symbolize steel and Pohang, the city of light. When people climb on the work of art and look at the landscape that is open on all sides, the panoramic view elicits exclamations from them. 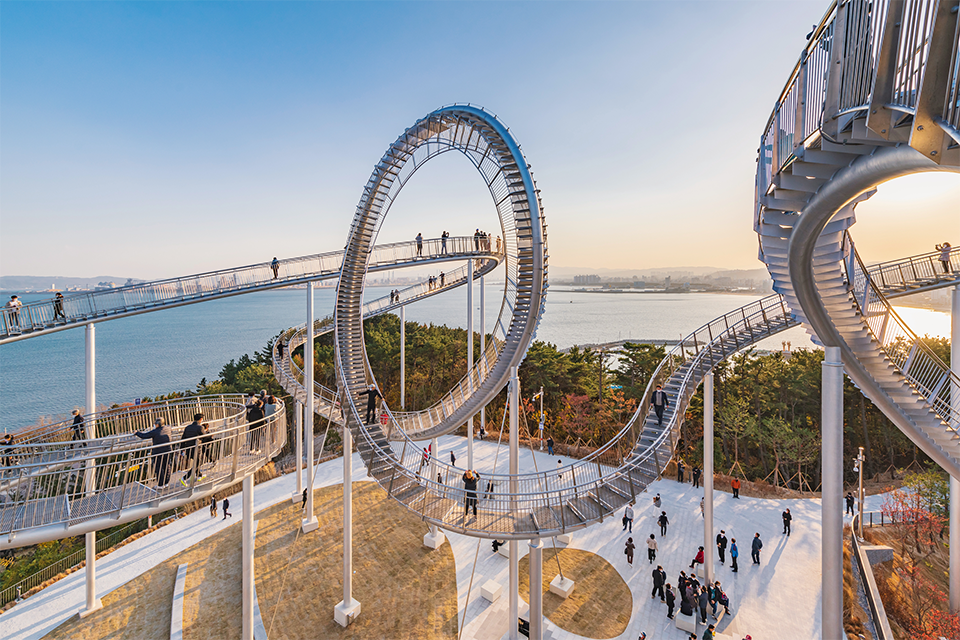 In addition, the process of the audience experiencing the work itself exists as part of the work, and through this experience, the true artist’s intention can be read. For example, visitors who have walked through the work of art realize that they cannot climb into the circular loop when they arrive at the center of the sculpture. Regarding this, the artists explained, “Visitors can experience a reflection on modern society that seeks only convenience through an intended inconvenience and the relativity of time and space through the effort of returning.”. The two-way track eventually returns and merges into one, through which the artists express “the harmony between art and man, business and citizens, POSCO and Pohang-si,” which is also a message that anyone who has walked on the work can read naturally.

Space Walk is a huge paradigm shift in public art and a work of art that shows the transformation of the times in the way culture is consumed. 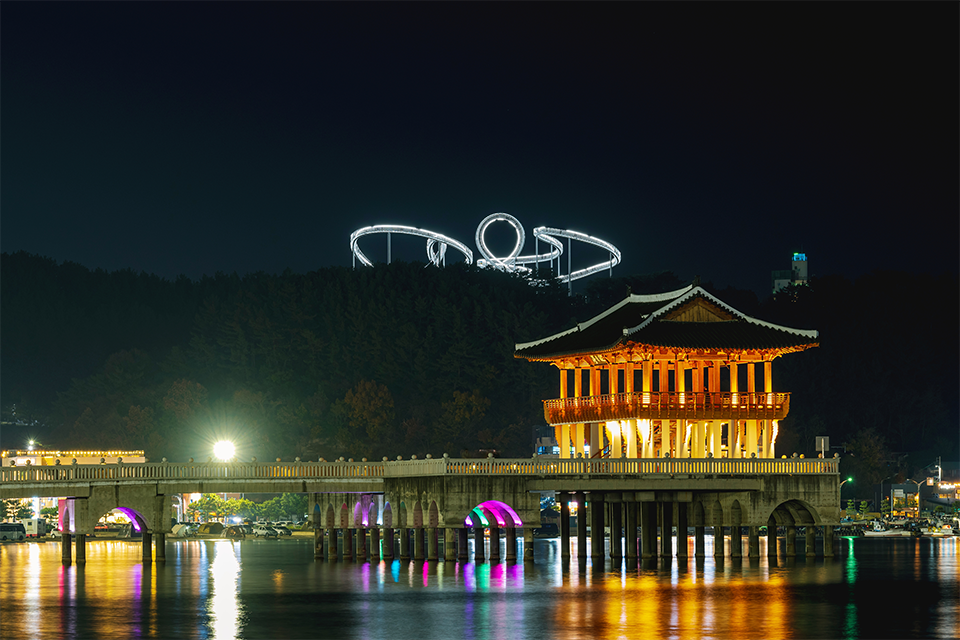 Hwanho Park, where Space Walk is located, is the center of Yeongilman Bay Tourist Special Zone, and if Korea’s first and largest experiential sculpture becomes a representative landmark that symbolizes Pohang, it is expected to create synergy with a marine cable car project. In particular, it is expected to contribute to the vitalization of tourism in connection with new cultural contents in Pohang such as Park1538, a history museum, the night view of the steelworks, and Pohang Blast Furnace Museum 1.

We looked at Space Walk, which will become a landmark of the city along with the light of Pohang, where the sunrise is beautiful. Space Walk can be said to be the result of the integration of POSCO’s technologies and capabilities. In the next content, we will take a look at the birth story of Space Walk, from material to construction, in detail!

The second part: Birth Story of Space Walk, From Material to Construction!