POSCO invited Mexican veterans who participated in the Korean War and their bereaved families to Korea.

During the Korean War, Mexico provided humanitarian aid by sending food and medical supplies to South Korea under the principle of maintaining neutrality without intervening in or allied with the events of certain countries. In addition, about 100,000 Mexicans and Mexican Americans, who are not official participants, participated in the war under the flags of the United Nations and the United States. Unfortunately, the gratitude message has been delayed for a long time, and POSCO has decided to invite the veterans and their bereaved families to Korea to honor their sacrifice and devotion.

POSCO invited a total of 18 Mexican veterans including three veterans and their families and arrived in Korea on the 26th of last month to visit the Yongsan War Memorial of Korea, a luncheon meeting at the POSCO Center, and a special tour of the Pohang Works. Afterward, they plan to visit the UN Veterans Memorial in Busan and the memorial of Operation Chromite during their seven nights and eight days of the journey. 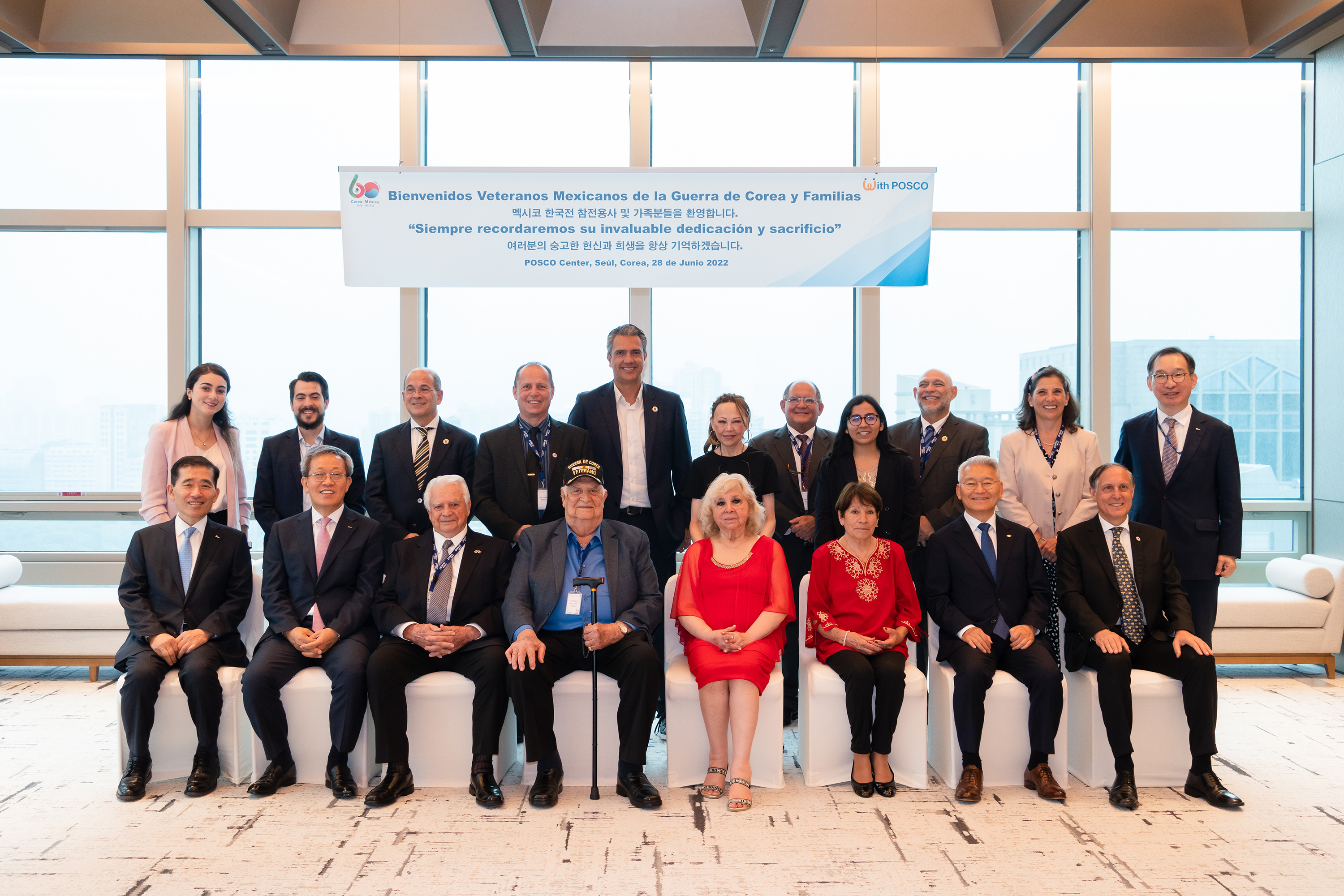 Alberto Fernández Almada, a veteran who participated in the Pohang Works tour said, “I was impressed by the organically well-connected processes of the steelwork and eco-friendly efforts such as water recycling.” “I am very happy to be able to tour the steelworks that led the steel industry in Korea, and it was a meaningful time to see the future competitiveness of the steel industry,” he added. 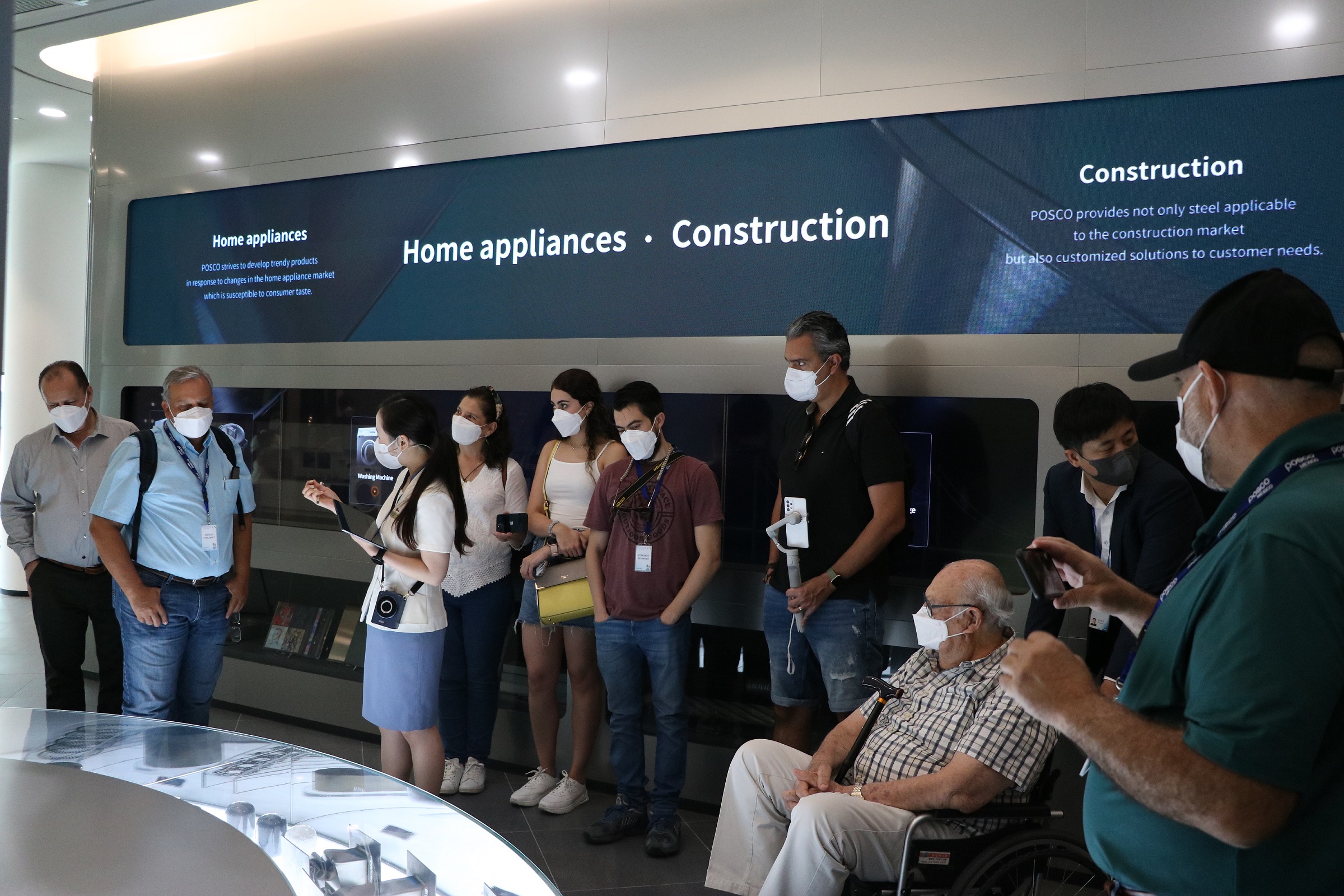 Soon-young Choi, Representative President of POSCO-Mexico, who promoted this visit said, “I express my infinite gratitude and respect for the invaluable dedication and sacrifice of Mexican veterans who came to Korea from 12,000 km away 72 years ago and protected freedom and peace. I hope that this visit will be a time for Mexican veterans to see the development of the Republic of Korea which was made by the dedication of veterans’ youth and feel proud of the valuable achievements and sacrifices made in the past.”

POSCO has delivered a tribute medal since 2013 to honor the invaluable sacrifice spirit of the Korean War veterans and express their gratitude under the corporate citizenship management philosophy and has been awarding a plaque of appreciation made of POSCO stainless steel since 2019. In particular, in 2020, POSCO delivered a plaque of appreciation to 3,700 veterans from 16 countries in commemoration of the 70th anniversary of the Korean War and donated masks and hand sanitizers to overcome COVID-19. This year marks the 60th anniversary of the establishment of diplomatic relations between Korea and Mexico, expanding the gratitude for participating in the Korean War to Mexican veterans.

Along with the invitation of Mexican veterans to visit Korea, POSCO also sponsors a special exhibition to commemorate the 60th anniversary of the establishment of Korea and Mexico diplomatic relations, co-hosted by the Embassy of Mexico in Korea and the War Memorial of Korea. The exhibition titled ‘Mexicans and Mexican Americans: The Forgotten Soldiers of the Korean War’, to commemorate the sacrifice and dedication of Mexican veterans who were not widely known about their participation in the Korean War will be held from June 28 to September 25 in a special space in front of the UN Office on the 3rd floor of the Yongsan War Memorial of Korea. At the exhibition, you can see the relics of the veterans, such as documentary drawings drawn by the veterans and telegrams containing the news of their injuries, as well as the vivid stories of their participation in the war. 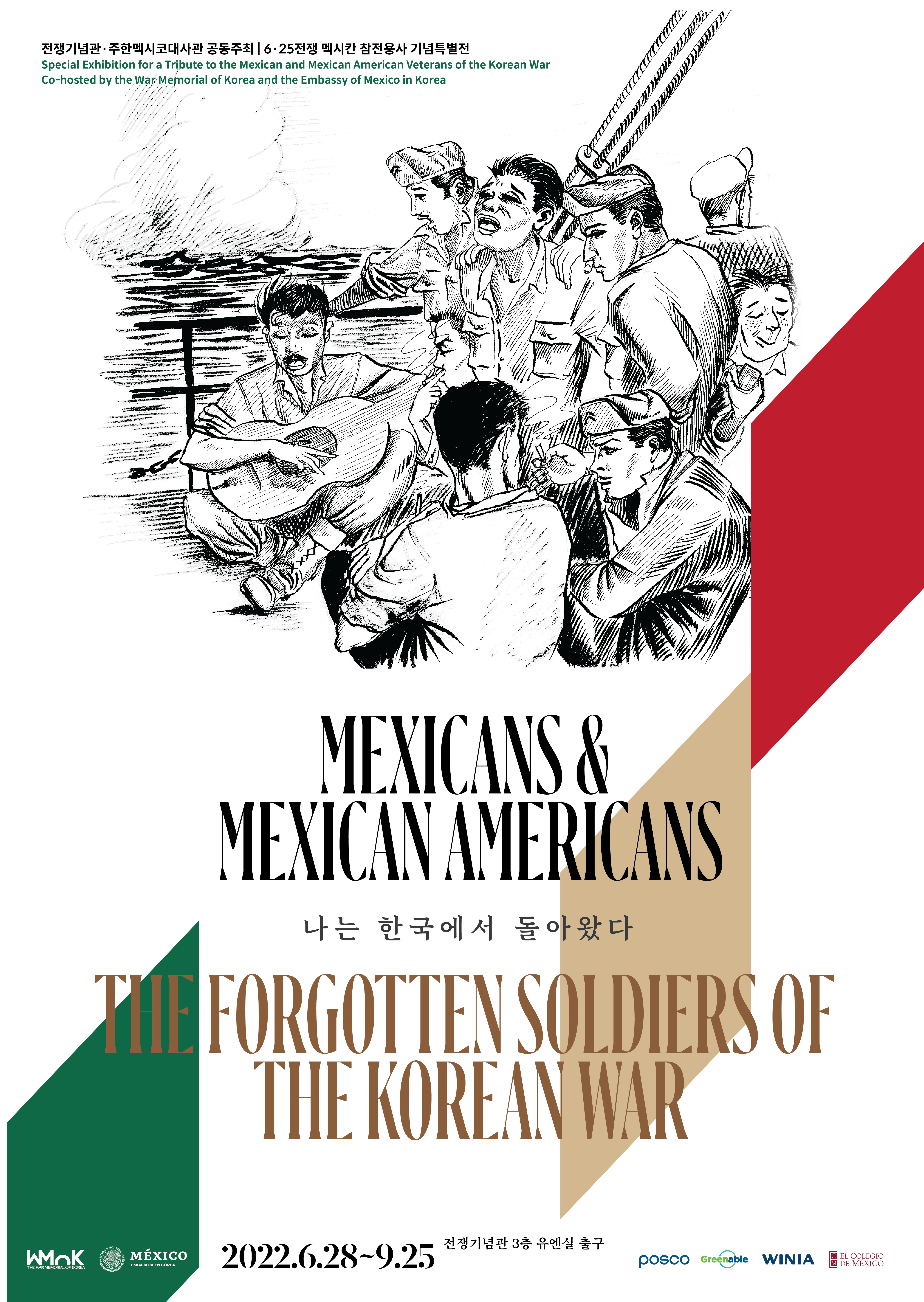 Tak Jeong, president of POSCO, who attended the opening ceremony of the exhibition on the 28th, said, “POSCO could become a representative steel company in Korea and the world thanks to the sacrifices and dedications of Mexican veterans here. I am so glad that we can express our gratitude before it is too late.” 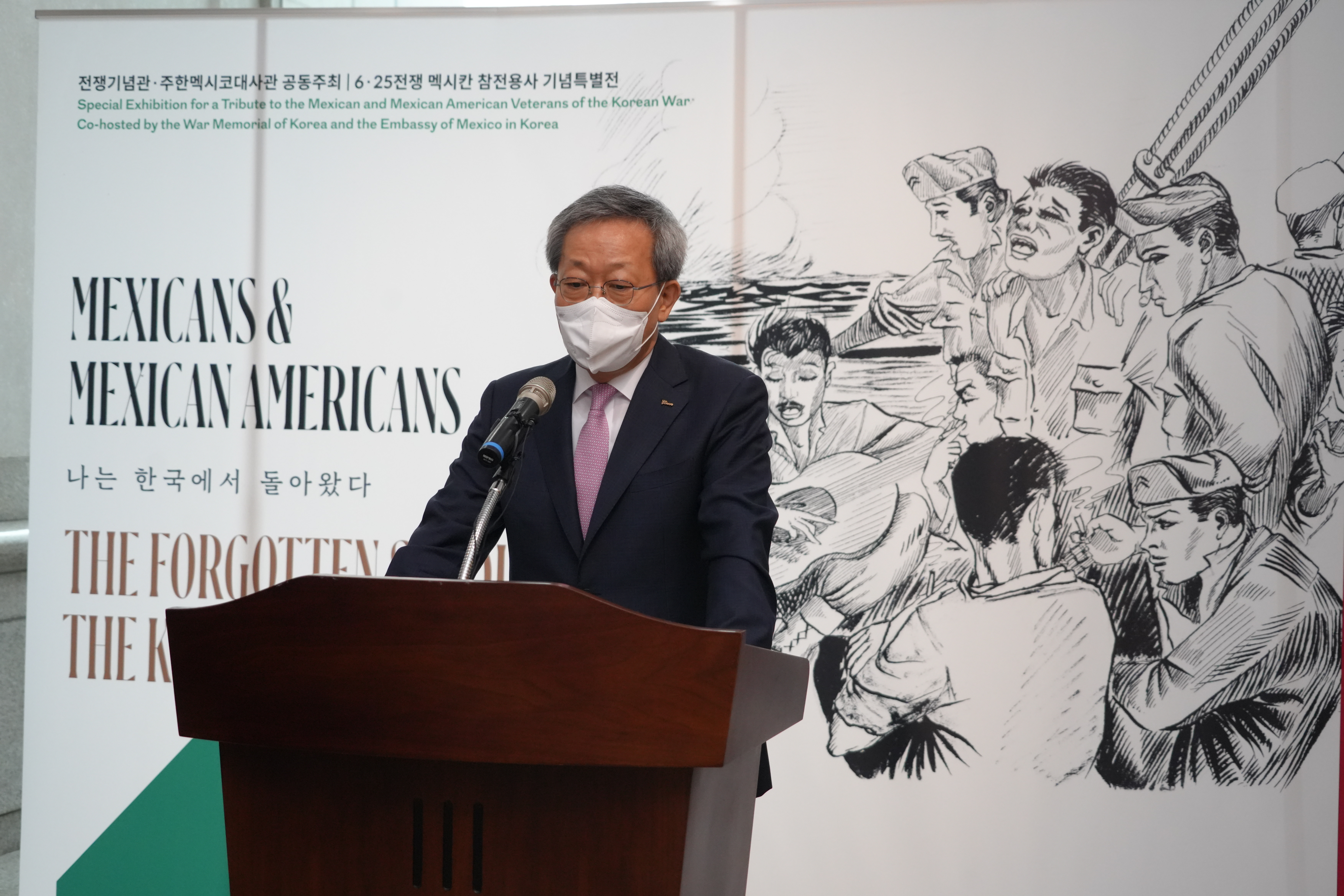 ▲ Tak Jeong, president of POSCO giving a welcome speech at the exhibition

Meanwhile, POSCO Group is operating five corporations in Mexico, including a manufacturing plant and processing center for cold-rolled products for automobiles and home appliances, contributing to the development of Mexico’s industry by creating more than 1,000 local jobs.

It is also active in social contribution activities for the Mexican community. POSCO-Mexico has obtained ESR (Empresa Socialmente Responsible) from Mexican government agencies for six consecutive years including this year, by providing talent education at the POSCO Hope Center, installing With POSCO bus stops using steel scraps, and raising funds for patients with incurable diseases by collecting plastic lids. POSCO plans to carry out various activities that coexist with the local community in Mexico as corporate citizenship that fulfills the social role and responsibility in the future.