At all of POSCO’s plants, factories and other facilities, safety is always the No. 1 concern, with the company operating a variety of programs and campaigns to keep the issue at the forefront. The goal is nothing less than zero workplace injuries.

However, safety cannot only be a top-down concern. To really be effective, safety also needs to be practiced and thought about by each individual—which is why POSCO has instituted a program called “SSS”, or “Self-directed Safety Spread”.

SSS Means Safety for All

But to become “POSCO the Great,” the company is focused on becoming even safer—and that requires empowering all the employees to take ownership of safety and create a bottom-up culture of safety.

In January, Gwangyang also put safety front-and-center with the POSCO Family Safe SSS Festival, with everyone in the plant promising to strive for zero accidents. For the festival, 570 people, including POSCO President Ohjoon Kwon, attended, watching a special safety video, making a safety pledge and implementing self-directed safety activities. 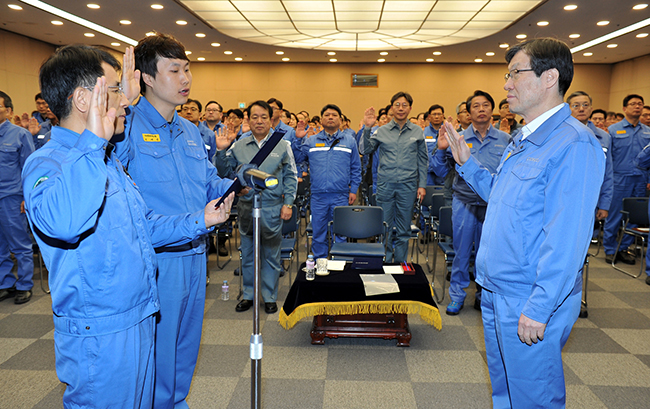 “Everyone, including the Labor Union Council and all employees, must participate in Self-directed Safety Spread (SSS) activities and do their best to make safety POSCO’s culture,” said President Kwon. “Please help POSCO become POSCO the Great in the field of safety by continually increasing our safety capacity.”

The company also handed out safety awards in recognition of a great safety culture and safety activities to Pohang Wire Unit, Gwangyang Energy Unit, and POSCO ChemTec, along with outsourcing partners PNP and Fine. 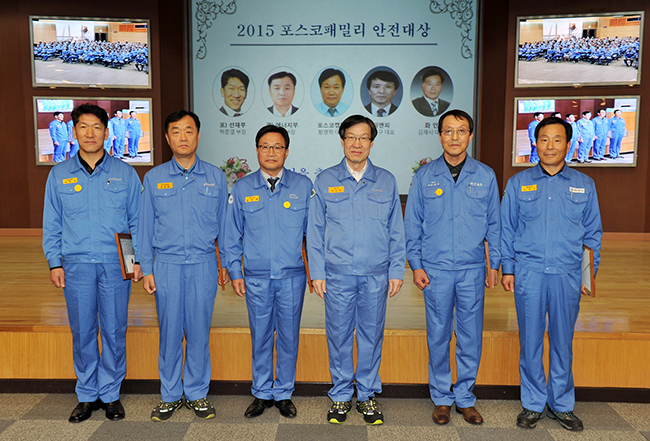 A Tradition of Protecting Employees 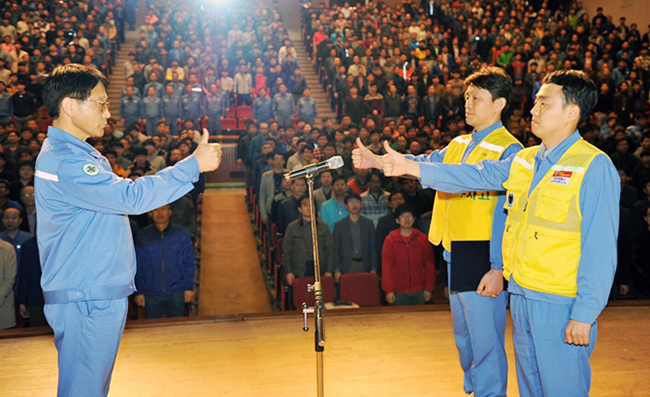 “Putting an effort into small details keeps the workplace safe,” said Dongil Ahn, a manager at Gwangyang Steelworks. “It’s important that everyone works on realizing an accident-free steelworks, as if each and every one of us is responsible for safety in the company.”

Safety an Integral Part of POSCO the Great

CEO Kwon introduced the concept of “POSCO the Great” in 2014, shortly after taking the reins of the company. The idea was to create a vision for the future of POSCO that was ambitious and innovative, and that would inspire employees to become actively engaged in building that future.

Safety and Self-directed Safety Spread (SSS) activities have also been an important part of POSCO the Great. In 2015, it focused on establishing Self-directed Safety Spread (SSS) and developing a safety mindset. This year, POSCO the Great shifts emphasis to implementation, encouraging employees to make a safety mindset habitual and a part of their daily regimen.

Last year, it was zero injury. This year, it’s zero harm. Last year, people were called upon to root out hidden hazards in their workplace. This year, they are being asked to emphasize disaster management and emergency preparedness.

POSCO has long emphasized the importance of worker safety, in all phases of the company’s operations. Self-directed Safety Spread (SSS) activities are the latest in a long line of programs that have constantly improved safety. Classes, employee meetings, and company-wide programs to minimize risks and emphasize safety are all needed to reduce injuries to zero. Only by doing everything possible to eliminate workplace accidents can POSCO realize its goal of becoming “POSCO the Great.”