POSCO’s 10th Anniversary of QSS+, the Innovation DNA for a Lasting Corporation

POSCO’s unique innovation program, QSS+, has marked its 10th anniversary. The company has established healthy manufacturing sites by carrying out its QSS+ program at its Pohang and Gwangyang locations over the past decade. Through the program, it has been able to transform itself and bring out a variety of achievements.

POSCO has been the No.1 steelmaker in the world for seven consecutive years. This remarkable achievement has been possible because of QSS+, which has allowed continuous improvements to be made in workplace environments, along with increases in facility competitiveness. This is the result of both tangible and intangible efforts made by the employees who created QSS+, the unique innovation DNA of POSCO. QSS+ originally evolved from previous programs Six Sigma and QSS.

QSS+ can be attributed to POSCO being able to maintain its competitive edge, regardless of crises. Over the past decade, employees have managed to reduce the rate of fine dust generation as well as facility complications and unexpected glitches. They have also boosted the operation ratio to 95% by focusing on completing over 8,000 assignments dedicated to improvement under the slogan, “We will protect our facilities ourselves.” The continuous efforts to undertake these types of assignments have also contributed to nurturing suitable talents for each site, improving trust between employees and establishing a positive organizational culture.

QSS+ is a derivative of Six Sigma and QSS. Having been adopted by global companies such as GE and Sony, Six Sigma is a management strategy for innovation that has been considered quite effective. POSCO determined Six Sigma as being useful for realizing financial achievement. However, it was difficult to learn and apply into the daily work process, which led to the establishment of POSCO’s unique innovation program, QSS+, in 2005.

POSCO operated a trial plant for about a year to confirm the effectiveness of the program, and officially started using QSS in May 2006. As QSS was suitable to use at sites and easily accessible by all employees, it helped companies in POSCO foster a culture dedicated to maintain healthier facilities.

QSS was adopted not only by the two main steelworks, but also by overseas subsidiaries and outsourcing partners. It has also been significantly effective in improving the environment and surrounding facilities, as well as in eliminating waste and inefficiencies. Many outside companies have requested to evaluate QSS for their own facilities. Small and medium-sized companies in areas such as Pohang, Gwangyang and Kyeongin have actually received QSS consulting from POSCO, and are noticeably improving their performance in management areas ranging from reduction in operation time and costs to enhancements in quality and productivity. 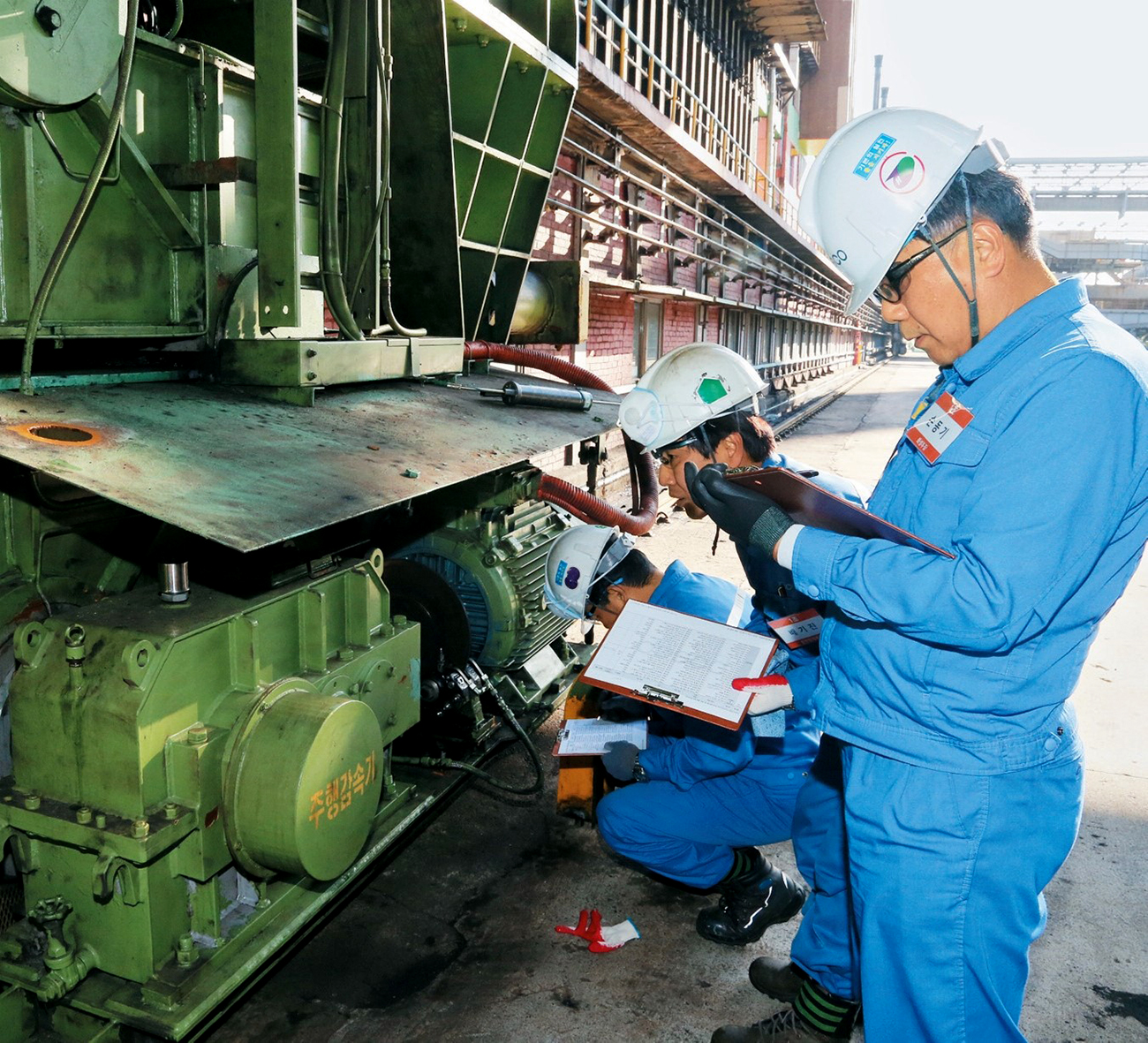 Executives and department heads inspecting facilities during the My M&S initiative activity. (Right, in November 2014)

POSCO has been carrying out its QSS+ program, which is the upgraded version of QSS, since August 2014. QSS+ is an activity program described as having been “innovated from an innovation program,” which reflects the characteristics of the facility-intensive steelworks. Moving beyond creating a clean workplace and restoring facility performance, the program focuses on improving the performance of core facilities with functions that are tailored to each department. With its focus on the three elements of Quality, Stability and Safety, QSS+ is a goal-oriented and site-driven innovation program. In particular, the company has begun a “Smart M&S” program this year which has incorporated the IoT (the Internet of Things) into My M&S in order to establish smart manufacturing sites.

POSCO has built healthy manufacturing sites through continuous innovation activities over the past decade. It will enhance the intrinsic value of the QSS+ program by claiming it as part of its unique innovative brand, reflecting the characteristics of each location under the philosophy, “The answers are found on site.”

QSS+, One More Step to ‘POSCO the Great’