China recently overtook the United States to become the biggest automobile market in the world, largely due in part to the nation’s growing middle class and their increasing demands for mobility. The nation’s central and eastern regions are the country’s key areas for automobile industry, as well as the manufacturing hub for Japanese and European carmakers.

In line with the growing investment in automobile manufacturing lines in these areas, POSCO-CWPC has been reinforcing its customer-oriented services in order to meet the changing needs of its customers.

POSCO-CWPC, directed under President Seo Young-Ki and established in June 2009, is an automotive flat processing center in the Wuhu Economic and Technological Development Zone of Anhui Province, China. It supplies high quality automotive flats to carmakers in the central and eastern regions of the nation and provides steel processing services in line with the specific demands of local customers. 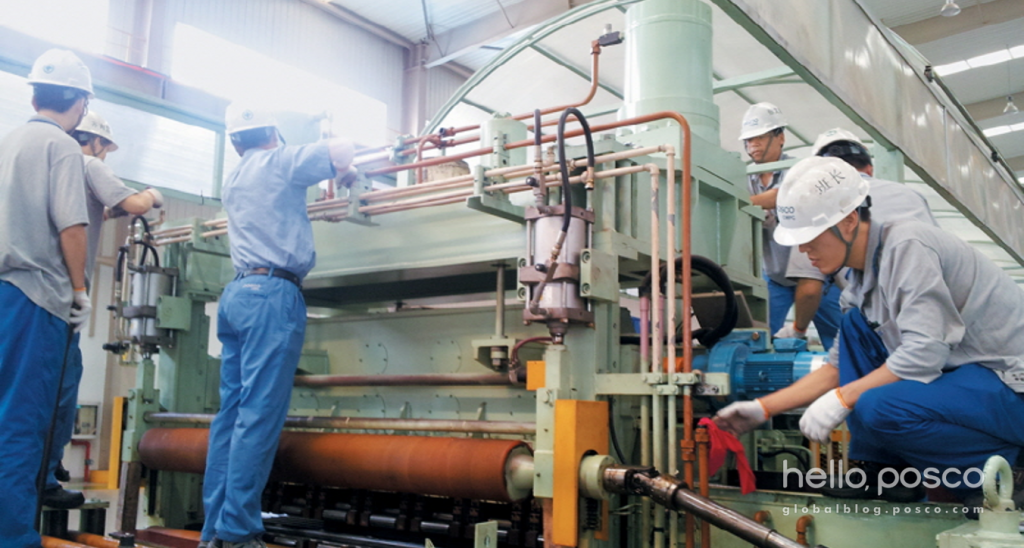 In addition, POSCO-CWPC supports the development of new vehicles. Noting consumers’ increasing demands for faster and lighter vehicles, the company has been strategically providing services such as the development of lightweight steel products in partnership with POSCO Headquarters.

Furthermore, POSCO-CWPC completed its second plant located in Wuhan, Hubei Province, China last March, in response to the growing demand for automotive flats.In addition, POSCO-CWPC supports the development of new vehicles. Noting consumers’ increasing demands for faster and lighter vehicles, the company has been strategically providing services such as the development of lightweight steel products in partnership with POSCO Headquarters.

Starting with an annual sales of 88,000 tons in 2009, it has steadily increased its sales volume, almost doubling it to 155,000 tons in 2014. Moreover, POSCO-CWPC has formed a supply chain system with POSCO Guangdong Automotive Steel, a POSCO affiliate in China that specializes in automotive flat production.

Meanwhile, the company is striving to increase customer satisfaction with its products and services by working closely with its Technical Service Center in China, and actively advancing its solution-based marketing in relation to the development of lighter, more energy efficient and safer future vehicles.

In recognition of these accomplishments, POSCO-CWPC was selected as an Excellent Overseas Affiliate and awarded the Administration Integrity Prize.

Also recognized for its excellence by local carmakers, POSCO-CWPC received the Key Provider Prize in 2009 from Chery Automobile Co., Ltd. and the Progressive Enterprise Award from Wuhu Economic and Technological Development Zone (Wuhu ETDZ) in 2010.

Yet the accolades do not end there. The company was chosen as a Best Supplier and Excellent Supplier in 2014 and 2013, respectively, by Dongfeng Peugeot-Citroën Automobile Limited based on four evaluation criteria: quality, delivery, solution proposal and technical service. POSCO-CWPC was the only steel supplier among the awardees of 2014. To top off its accomplishments, the company received an award from Hefei Customs for its good track record of tax payment.

With its superior product quality and expansion of its solution sales platform, POSCO-CWPC continues to strengthen its position in the local automotive industry and aims to remain a safe, employee-friendly workplace by raising safety consciousness among all its workers.

To read the previous part of this series, click here.