For many companies importing and distributing goods across India, transportation has always been a main issue of concern. Poor road conditions and a disorderly organizational structure are often the root of delivery delays, product damages and profit losses. 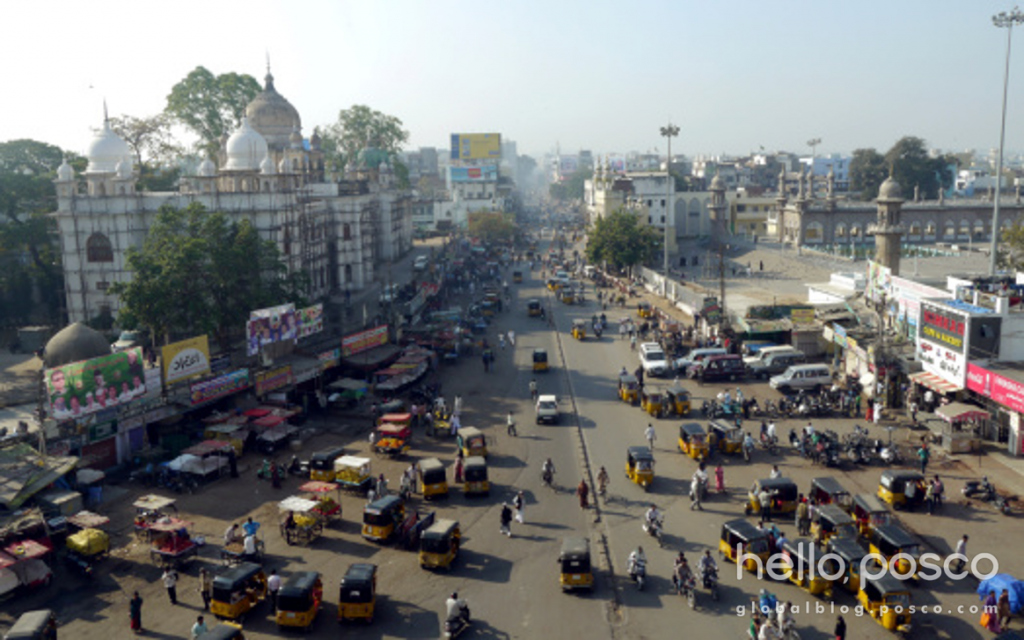 Until recently, POSCO-IDPC, a steel processing center in the Bawal Industrial Area near Delhi, India, experienced such setbacks, but thanks to their development of new transportation methods, they have been able to resolve many of these issues.

Originally, the company imported steel coils from POSCO Headquarters through Kandla, a state-managed port, as it imposes the lowest customs fees and transport charges on imports. However, there were often a number of problems with the coils due to careless handling, as well as rust damages caused by chemical products or fertilizers which were placed near the coil yard. Additionally, demurrage charges, fees payable to the owner of a chartered ship on failure to load or discharge the ship within the time agreed, were common.

In an effort to solve these problems, POSCO-IDPC established an office in Kandla Port in 2012, staffed by employees capable of handling the existing issues. As a result of their efforts, the company was able to reduce the losses caused by coil damages and rust, which had amounted to $20,000 annually.

However, there were still roadblocks ahead.

A bump in the road

According to India Today, a report commissioned by the Transport Corporation of India Ltd (TCI) stated that the trucking sector contributes 4.5 to five percent to India’s GDP and is an integral component of the transportation sector. However, poor infrastructure has led to numerous traffic jams on highways, delays at toll plazas and accidents, costing the Indian economy nearly $600 million in lost truck-operating hours annually.

Transporting from Kandla Port, located a lengthy 1,200 kilometers from POSCO-IDPC, by truck gave rise to a number of such problems, resulting in delays and increased carrying charges. During the rainy season, problems escalated as roads worsened and coils kept in the port were damaged by flooding waters. 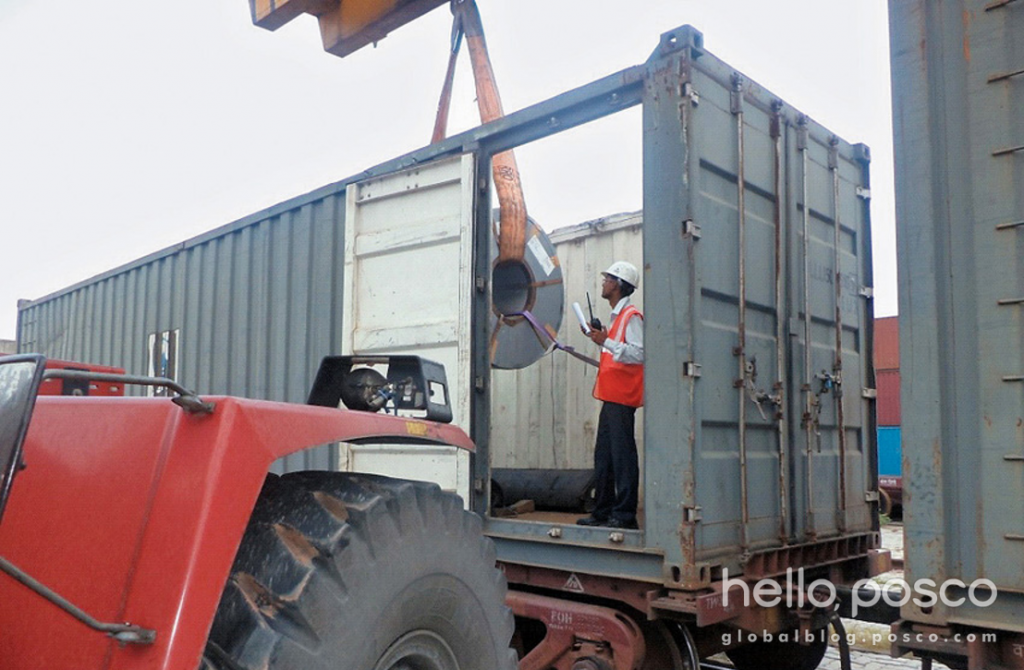 To avoid these setbacks, POSCO-IDPC searched for another port where railway transportation was possible. Mundra, a privately owned port located 75 kilometers from Kandla, had a complete system in place, managing every aspect from storage to railway transportation. However, compared to Kandla Port, it was costlier, and coils were more likely to be damaged due to more frequent handling.

Through continuous negotiation with Mundra Port, POSCO-IDPC was able to settle on a reduced transportation cost, while securing superior transportation quality.

Nowadays, coils unloaded at Mundra Port are piled in the yard and loaded into containers specifically designed for handling steel coils. The containers are then transported to the station nearest to the POSCO-IDPC plant by railway and then delivered to the customer by truck.

Furthermore, the company enhanced the transportation method so that clients could receive the product in its original state. To avoid accidents and product damages due to poor road conditions, POSCO-IDPC altered its packing techniques by connecting pallets of loaded products and tying multiple bundles of coils together.

In doing so, the quality of coil transportation was remarkably improved resulting in almost zero claims, and the company was also able to reduce actual expenses on transportation and insurance. After 7 months of operation from June 2014, POSCO-IDPC saved $290,000, excluding insurance merits. If POSCO-IDPC imports 80,000 tons this year, it will save a total of $600,000.

With an annual steel processing capacity of 200,000 tons since the establishment of its second plant in April 2013, POSCO-IDPC expects an increased growth through consistent sales increases, and hopes to expand its annual sales to 220,000 tons in 2015. On top of that, POSCO-IDPC will continuously endeavor to achieve maximum customer satisfaction with the best transportation quality as an admired coil center of one of the world’s leading steelmakers.