QSS+, One More Step to ‘POSCO the Great’ 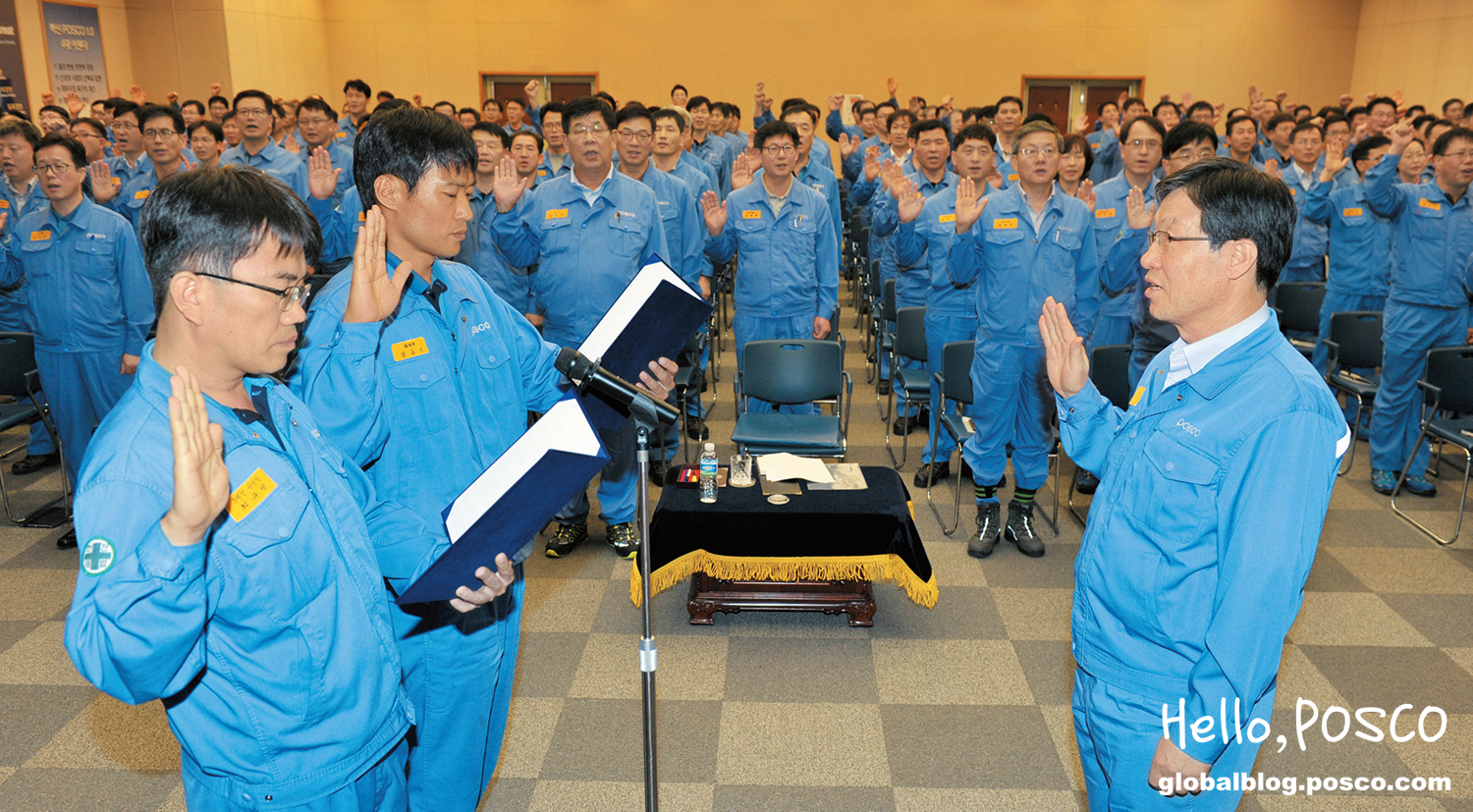 POSCO’s Innovation Activity named QSS has been the main driving force behind POSCO’s many unique innovations and promising results. With the help of QSS, POSCO was able to drastically improve its facilities while minimizing wastage since the initial application.

However, as it reached the “Best Plant” stage, the employees evaluated and urged that an application of existing QSS is unsuitable for facilities that operate 24/7. Taking into account, POSCO has made adjustments and developed an upgraded version of QSS named QSS+ which reflects the characteristics of steel company and respects autonomy. On August 12th, 2014, POSCO held the proclamation ceremony for this new QSS+.  Let’s look into details!

One More Step to ‘POSCO the Great’ with the new QSS+ 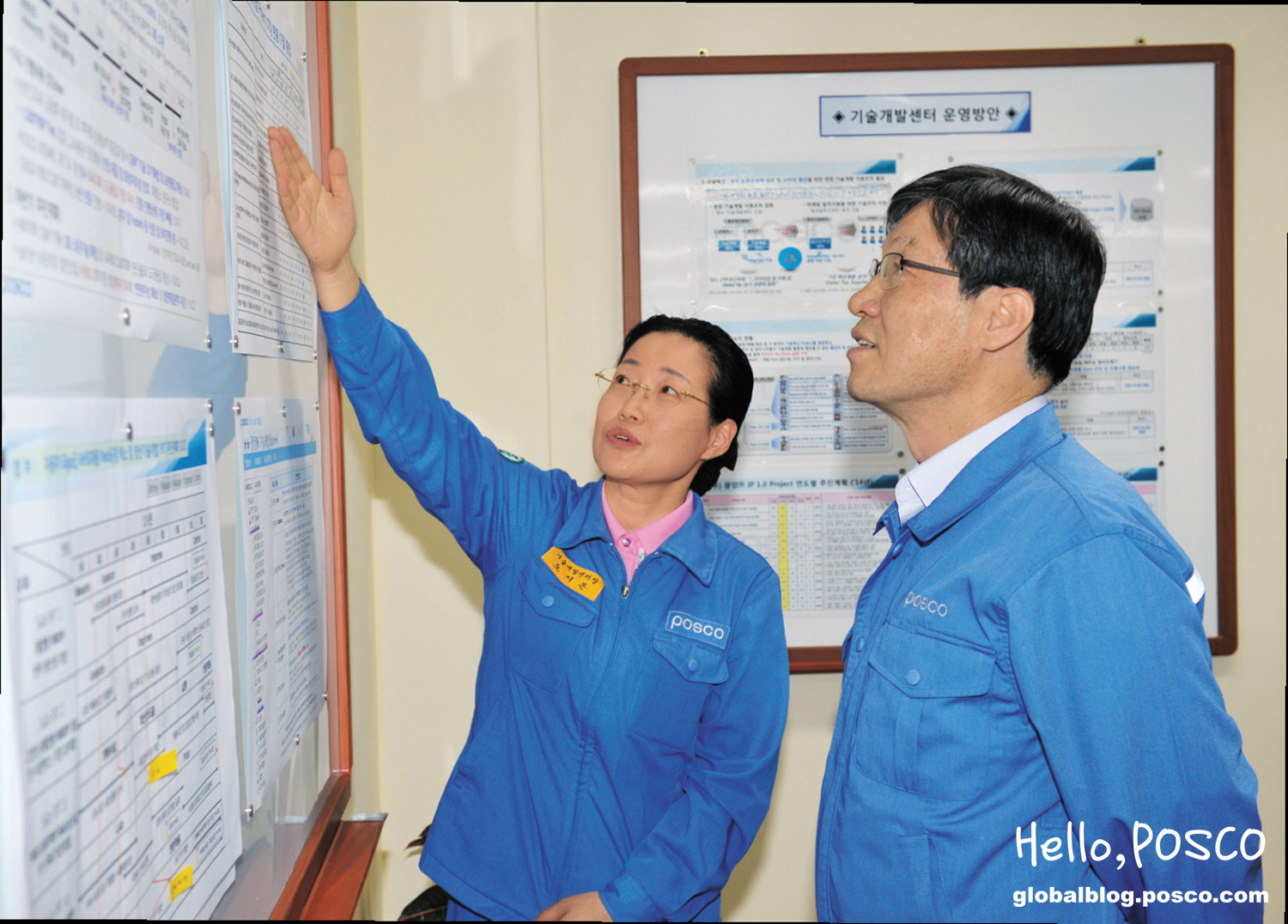 QSS+ with My M&S (Machine&Safety) Activities

Newly introduced ‘My M&S (Machine & Safety)’ differentiates the QSS+ from the existing QSS. Besides this new application, the rest of previous activities, such as 5S (Working Environment Improvement) and My Machine, remain identical. The new My M&S is specifically designed to create the world’s most safe and an ideal working environment for the employees mainly by deviating away from traditional ‘top-down’ to ‘bottom-up’ approach, which enables each division to self-set goals.

Furthermore, in order to heighten its technology capability in parallel with the QS5+, POSCO implemented 5 Stage OJT System and the ‘Master Hand of the Year’ program that nominates and honors 6 of the most talented technicians every year. In the long run, QSS+ will enable employees to ‘integrate work and innovation’ through efficient management.

Another Step to ‘POSCO the Great’ with Innovation Projects

In addition to QSS+, POSCO has been spurring the realization of ‘POSCO the Great’ through Innovation Projects. Ever since POSCO announced the ‘Project-oriented work method’, POSCO is expediting outcomes by applying ‘Project Visual Planning’ which allows POSCO to systematically manage the process and utilize a suitable methodology to its ongoing projects.

On August 12th, Chairman Ohjoon Kwon complimented on the project layout status and excellence of coordinators after a thorough inspection on ongoing field projects and future plans. Moreover, he expressed that “innovation projects must target for the tasks that will actually generate profit” and requested for the projects to contribute to creation of fruitful outcomes by cooperating with relevant departments such as research, marketing and sales.

Notes from Chairman Ohjoon Kwon on Steps Toward ‘POSCO the Great’ 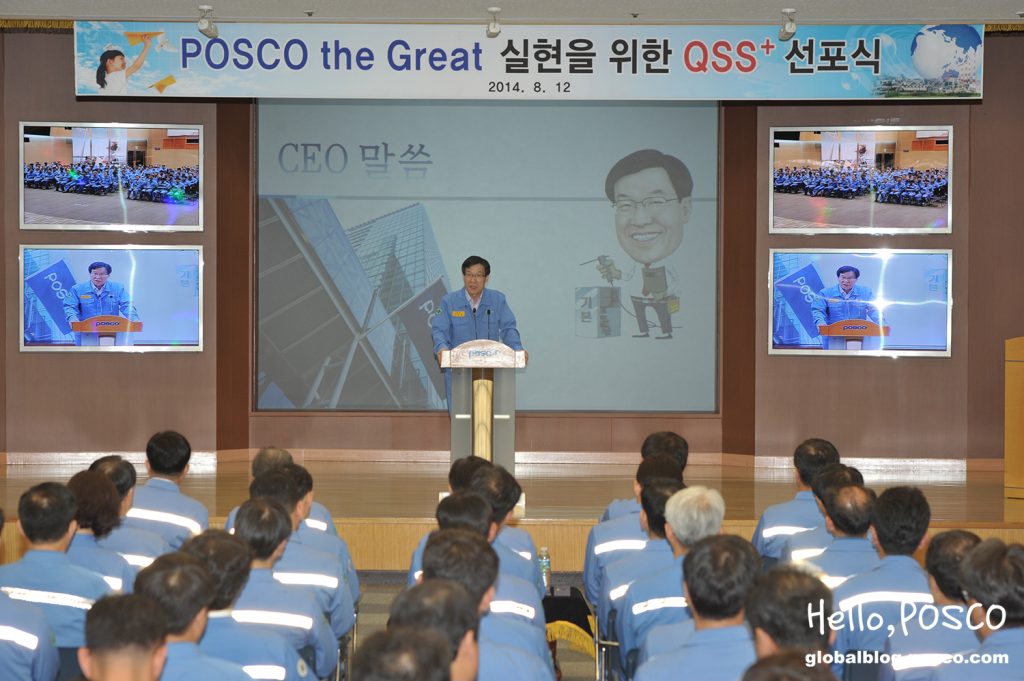 POSCO Chairman Ohjoon Kwon made a request for the employees to amplify their passions as QSS+ officially starts from its ceremony. He believes that passion is the key energy force to carry out the robust manufacturing sites to ‘POSCO the Great’ into realization. How would he define the further steps toward ‘POSCO the Great’?

Give value to the field sites 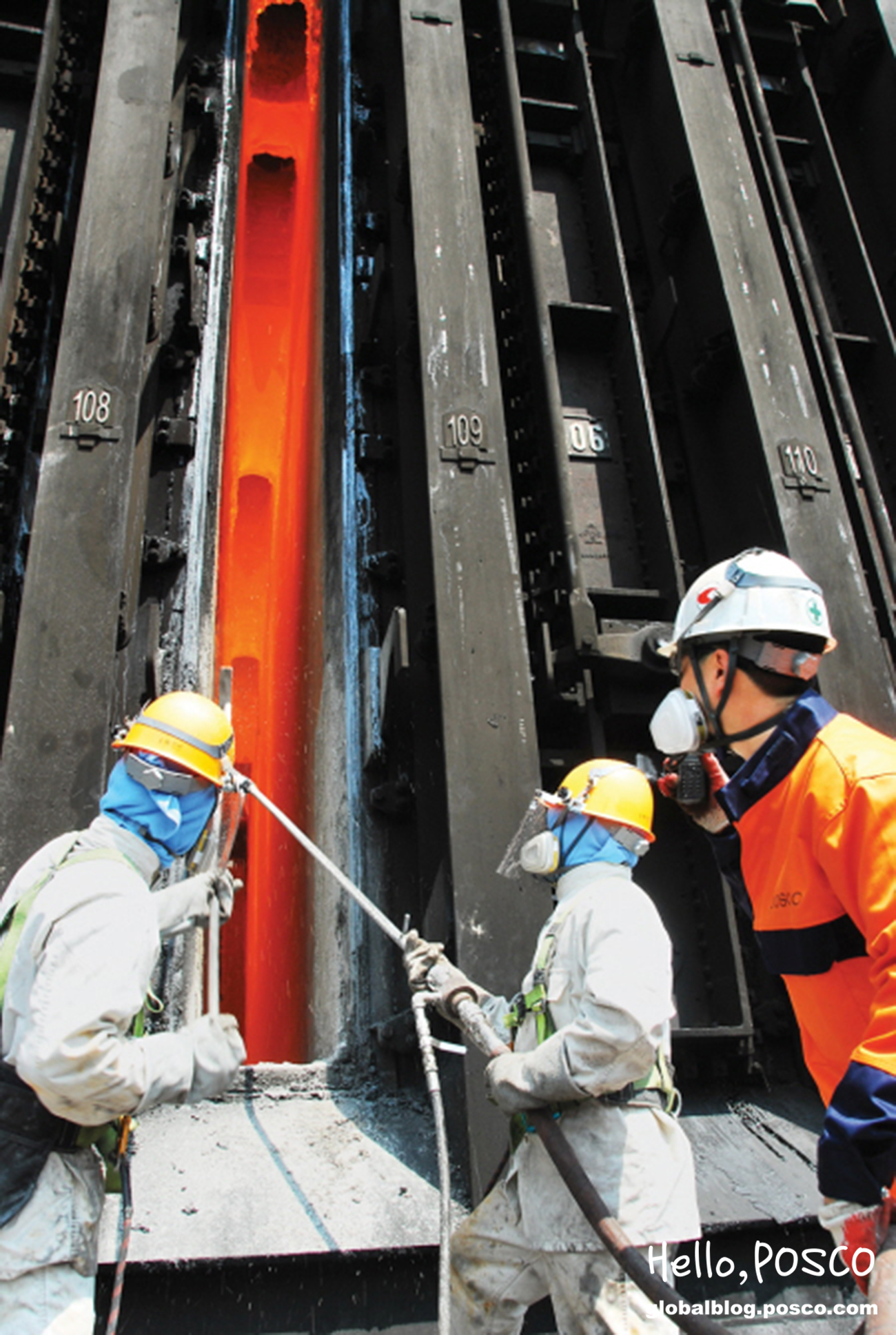 First, please give yourself values to your account. The sites manufacture the products that customers want, and it is the sites that determine whether values can be granted to the company or not. I hope that all the leaders at this ceremony could give values to each self. It is the leaders who are responsible for creating a workspace where the employees at sites could find their own values.

Be a master, not a servant 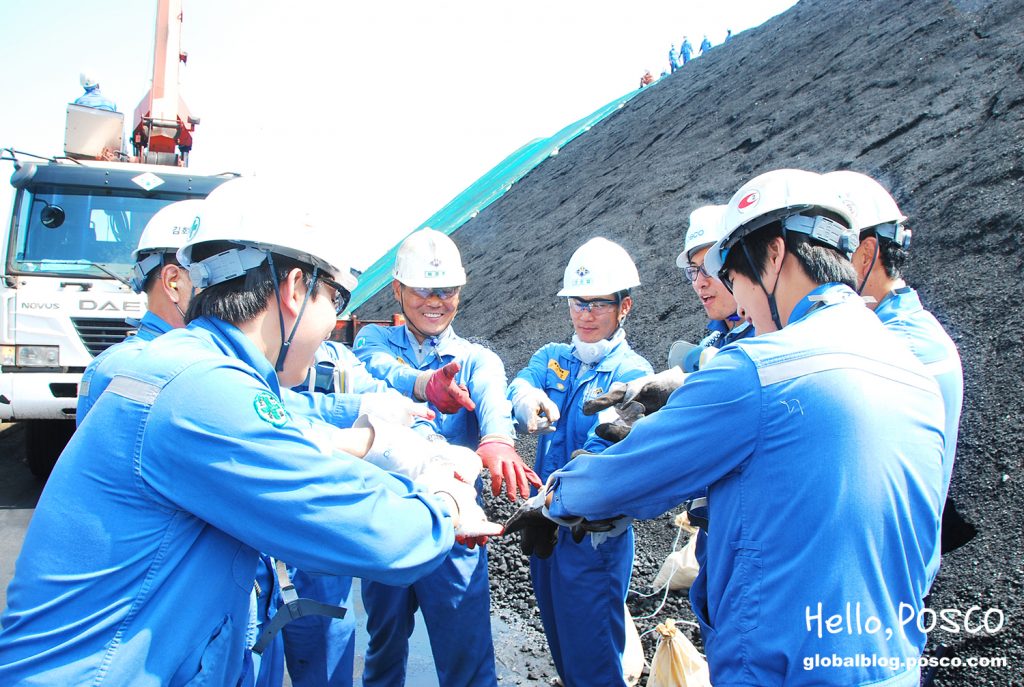 Second, I believe that if one thinks like a master, the one is motivated to seek for more works to do. Each leader must actively cope with changes and set up a goal by perspectives of Quality, Stability and Safety. Then, both the leaders and employees should estimate what needs to be done and bring out to actions in order to reach the goal. 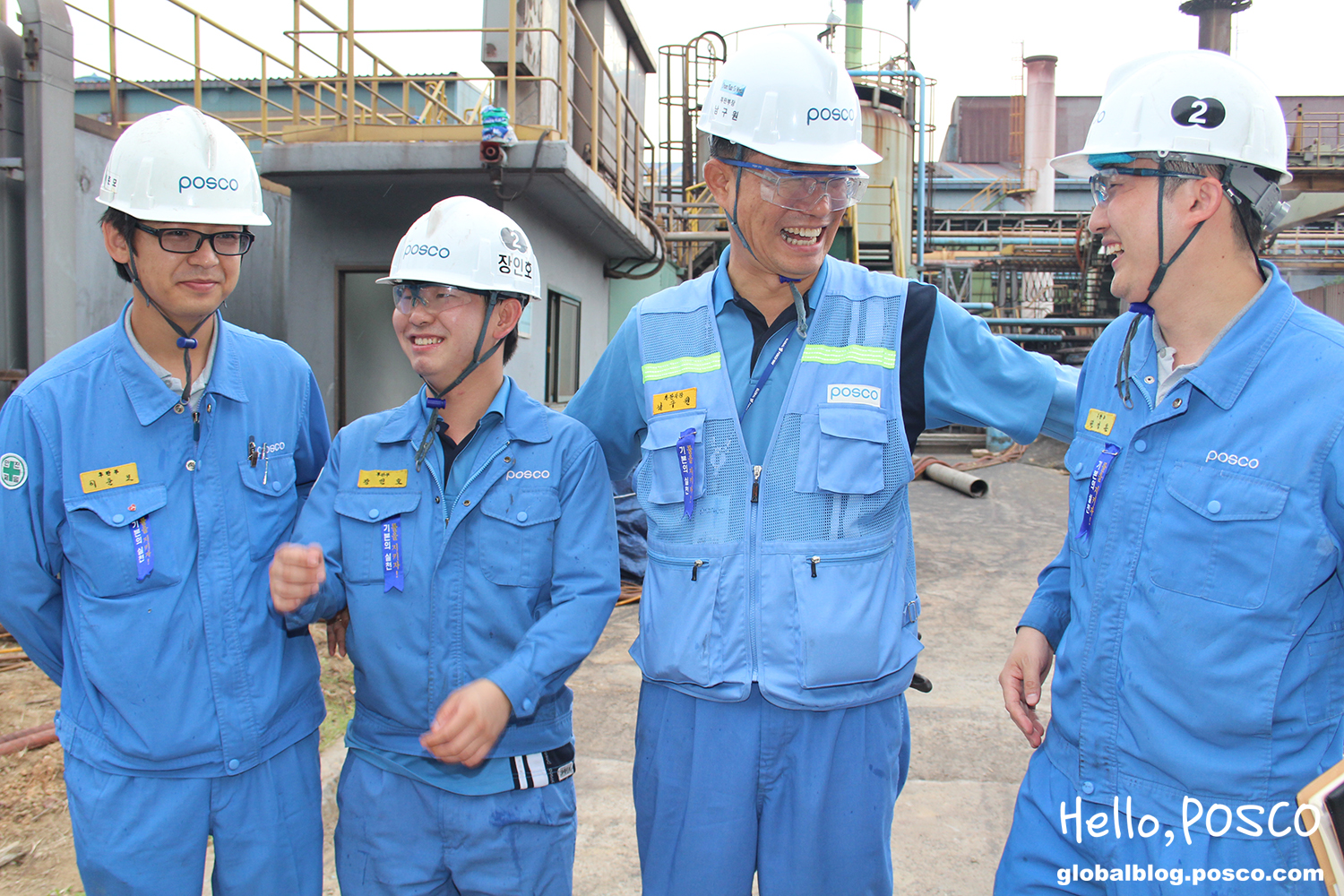 Third, there is an old African proverb that says “If you want to go quickly, go alone. If you want to go far, go together.” If we encourage and cooperate with open minds, we will inspire positive energy to each other and this will be the driving force to consistently and accurately bring out the QSS+ activities.

We ask for your continuous attention tothe QSS+’s establishment as a good methodology that possesses the world best installation ability and surpasses the outcomes of the existing QSS!