POSCO Vietnam’ storyteller, Nguyen Van Nam shared his experience with local children during the recent Vietnamese holiday, known as Tet Trung Thu Festival. During this holiday, POSCO Vietnam hosts the Full moon Festival which is an annual activity to create the joyful playground for kids who are the future generations of the country. 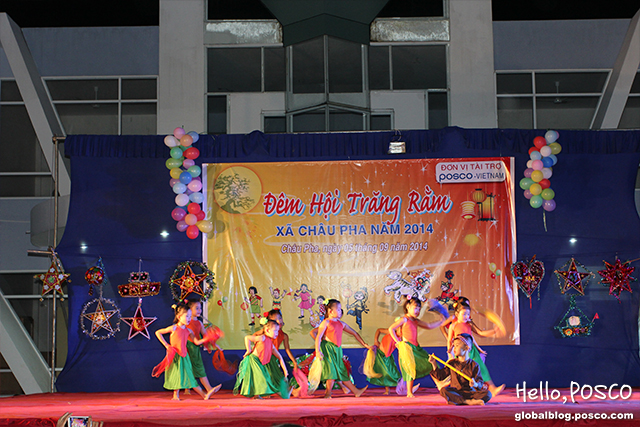 In Vietnam, the Mid-Autumn Festival, known as Tet Trung Thu, is the country’s second most important holiday, after Tet, the Vietnamese New Year. Tet Trung Thu usually takes place on the 15th day of the 8th lunar month. This year, the holiday was on the 7th of September. The traditions of this holiday date back to thousands years ago. Having a significant meaning on children, the festival was originally considered as a celebrating period for parents to catch up with their children after summer harvest was completed. Also, believing that children are innocent and pure, people thought that children are the closest connection to the sacred and the natural world.

Today, we would like to introduce what POSCO-Vietnam did with local children during the festival. 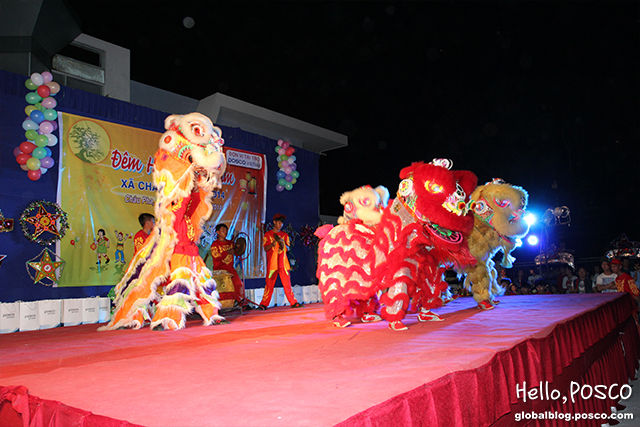 As the lively atmosphere of Mid-Autumn Festival spread out throughout the country, POSCO Vietnam and People’s Committee of Chau Pha Commune organized the Full moon Festival for more than 100 children on the 5th of September at Chau Pha Cultural House. The Festival was attended by the representatives from Ba Ria-Vung Tau’s Union of Friendship Organization, Tan Thanh People’s Committee and Directors Board of POSCO-Vietnam and leaders of Chau Pha Commune as well. The festival started with hand-crafted animal figures’ bouncy dances to the sounds of a drum and cymbals, providing traditional entertainment for the Full moon night. Ong Dia, a grinning clown-like figure who represents the Earth God, danced along with the lion figures. Wearing a large pink mask, Ong Dia danced while holding his fat belly with one of his hands and waving a paper fan with the other. All performances were prepared by POSCO Vietnam’s employees and local people.

Sharing Warmth with the Local Community 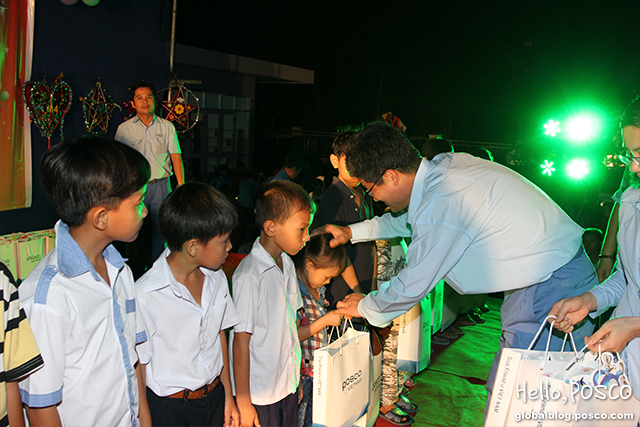 POSCO-Vietnam offered about 50 gifts to the children in need at Chau Pha Commune. We hoped that the poor children could also have a happy holiday because children are the most deserved to receive the gifts on a special day. “It was incredible how much the children seemed happy after receiving my gifts”, General Director of POSCO Vietnam, Mr. Yun Yang Su said. “I feel really happy because this is the first time I join a Full moon Festival in Vietnam and I would like to send my best wishes to the children of Chau Pha Commune.” He added. 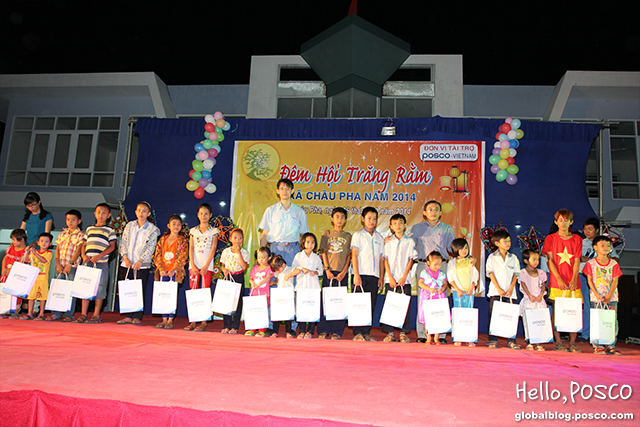 A 5 year-old, Nguyen Tieu Kiet said after receiving gifts, “I have never participated in a more exciting festival than this. I was very happy to play so many interesting games at the festival. I would like to thank the company for organizing this festival and giving gifts for us”