A Tết to Remember: POSCO Volunteers & Habitat for Humanity in Vietnam

One of Vietnam’s poorest communities rings in the New Year with new classrooms, homes, and infrastructure for life. 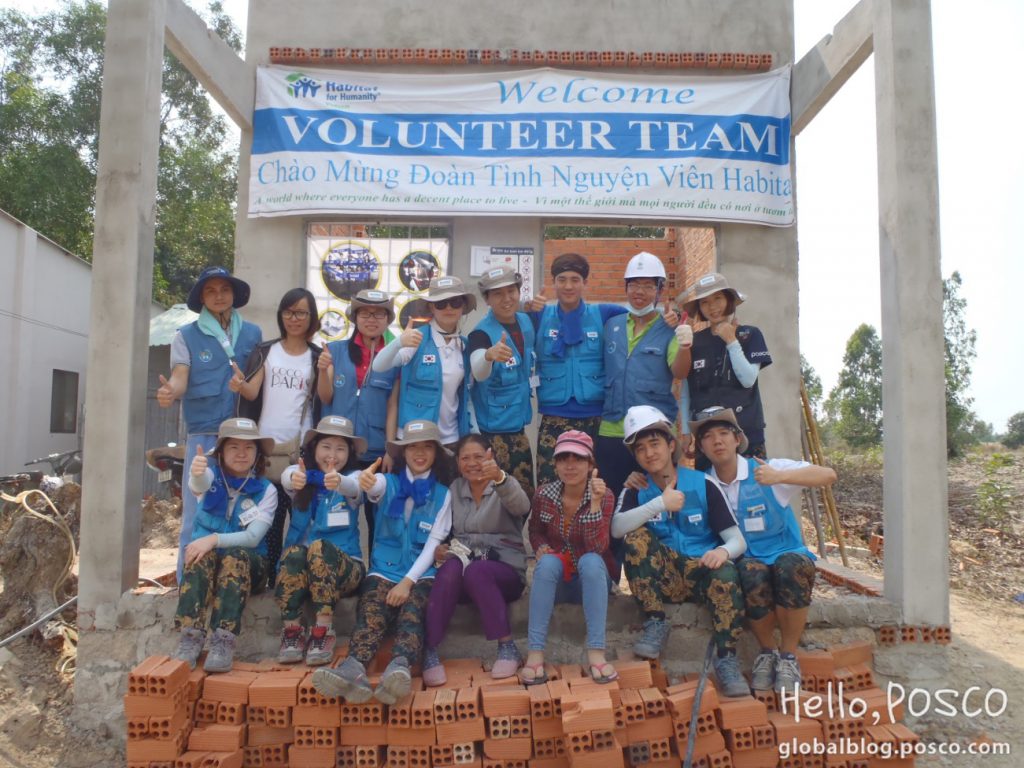 “Even living to this age, I have never imagined that I would ever have such a beautiful house to live in,” says Mrs. Tran Kim Xuyen, 72. Mrs. Xuyen is the owner of a new 35-square-meter home with a kitchen, bedroom, and living room—a spacious change from her family’s former low-roofed abode.

As one of rural Vietnam’s poorest communities, Tan Hoa was selected by POSCO and Habitat for Humanity as the destination for a joint development mission. Located in the Ba Ria-Vung Tau province, the area is known for its developing petroleum, electricity, steel, and chemical industries. Now, resources for local residents are catching up.

On January 14th, a total of 153 volunteers arrived in Tan Hoa Commune in Tan Thanh District. Along with 20 members of the POSCO Family in Vietnam and 3 of POSCO’s CSR team, the group also welcomed 80 Korean students as part of the POSCO Global Youth group, plus 20 Vietnamese students and 30 home construction specialists from Habitat for Humanity.

The group worked together for 5 days on construction of Tan Hoa’s new homes. All of the new houses were built under the supervision of Habitat for Humanity construction experts. Engineers were br

ought in to make sure the homes met Vietnamese construction requirements. 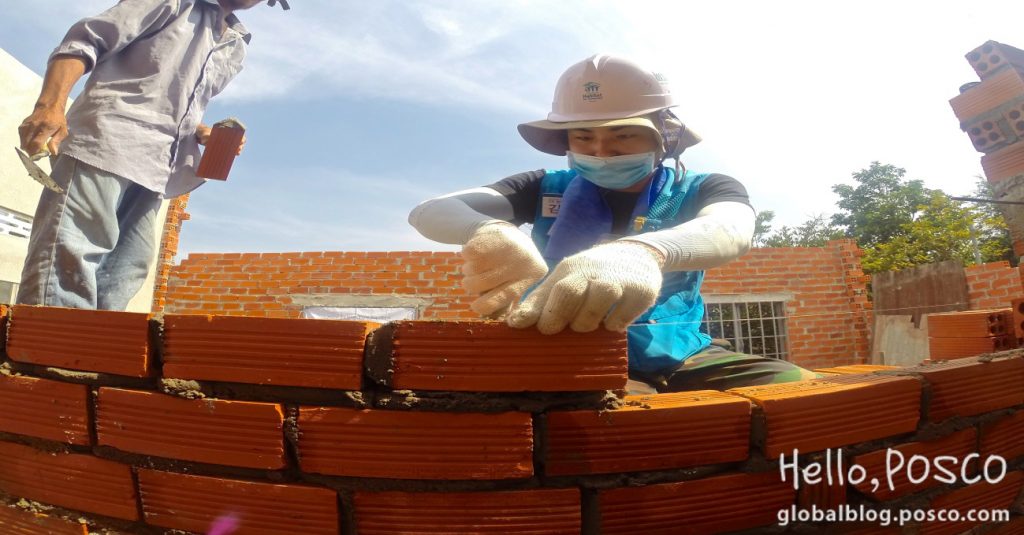 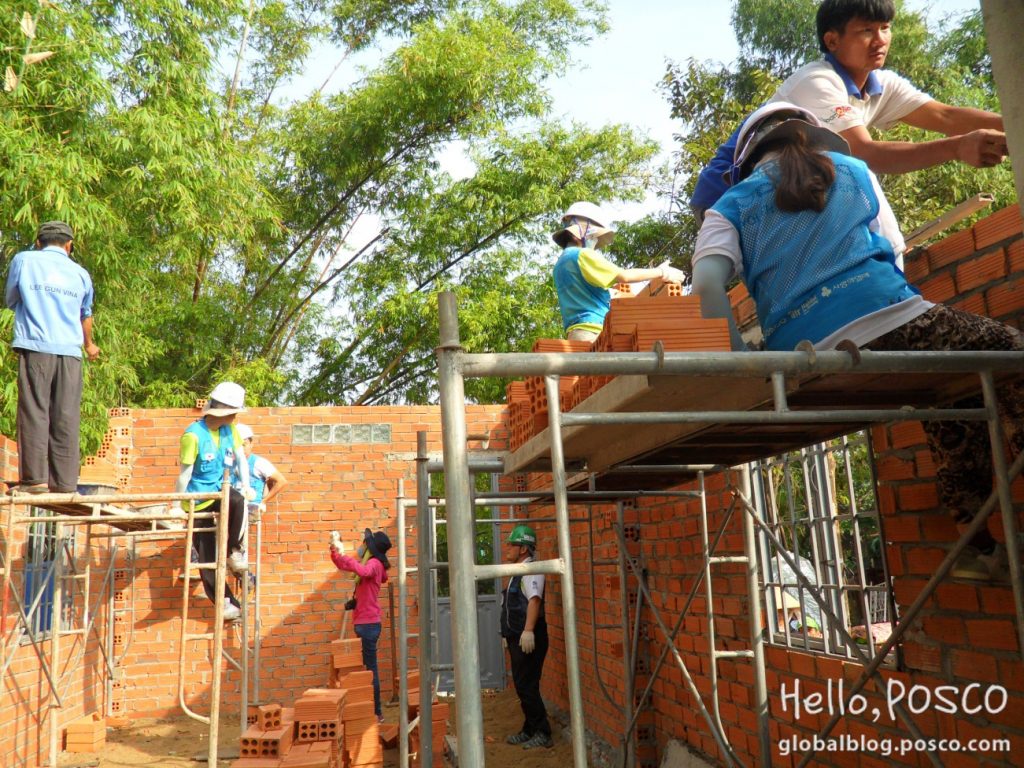 But for many, the physical labor involved in building a home was a new experience—especially given Vietnam’s humid climate. Heat and wind proved challenging for the volunteers, as did language barriers. Everyone was left bathed in sweat as they worked, carrying sand, gravel, and brick around the construction site and mixing cement for the bricklayers.

We interviewed one Korean student volunteer as he transported a block of bricks to the site of a new home. “It’s really hot here. But our team is working hard to make sure this house is completed before the new year, no matter how much we sweat or bleed,” he said. “The residents here are the poorest people I’ve ever seen, but they still are hospitable. They need these homes,” he added.

To the volunteers, the 72-year-old new homeowner Mrs. Xuyen expressed only gratitude. “Thank you very much for building this house for me. I will never forget the time you have spent and the help you have given my family,” she said. 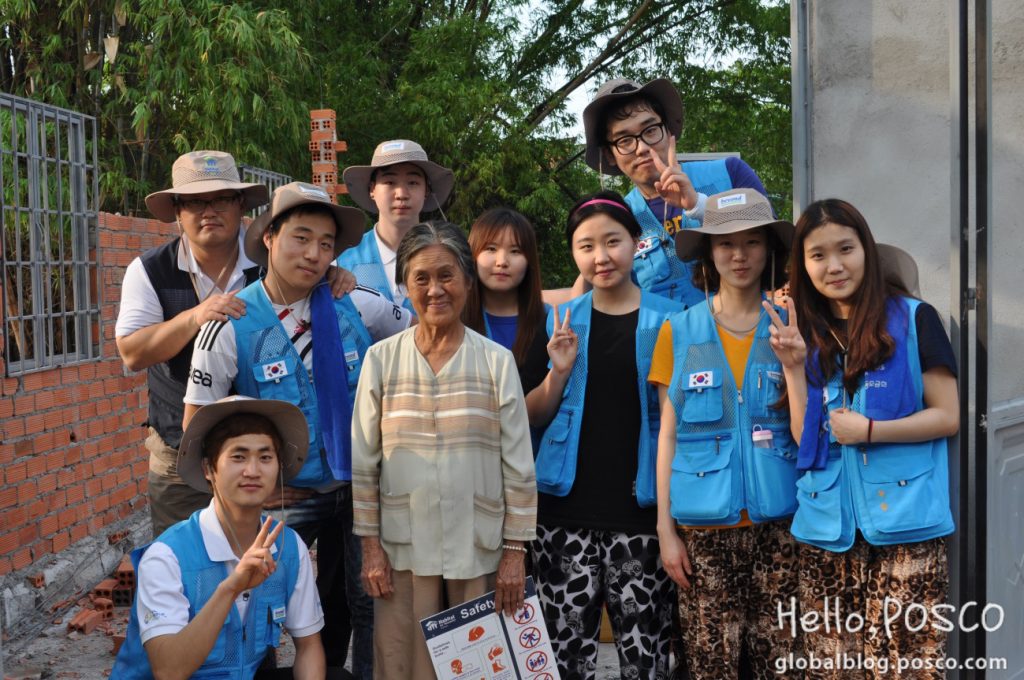 As the newly-laid bricks of Tan Hoa’s ten new homes settled, the volunteers moved to a different part of Tan Thanh District. This time, they set out to help out the students of Hac Dich Middle School.

The school is one of the most rundown in the area, as it has endured years of the unforgiving climate without any maintenance or upgrades. When they arrived, the volunteers split into six groups. Over two days, they carried out repairs on the school’s stairs, desks, and chairs, plus painting the windows and cleaning the school grounds.

After the hard work was complete, the volunteers gathered together with students from the school and the Youth Union of Tan Thanh District for a cultural exchange party. Celebrations came complete with traditional art, dance, and music from Korea and Vietnam.

“This is the first time I’ve met and had fun with students from another country,” said one Hac Dich Middle School student. With the enthusiasm of youth, the student added that, “I learned a lot about Korean culture and people. I will miss the volunteers. I hope to see them again someday.” 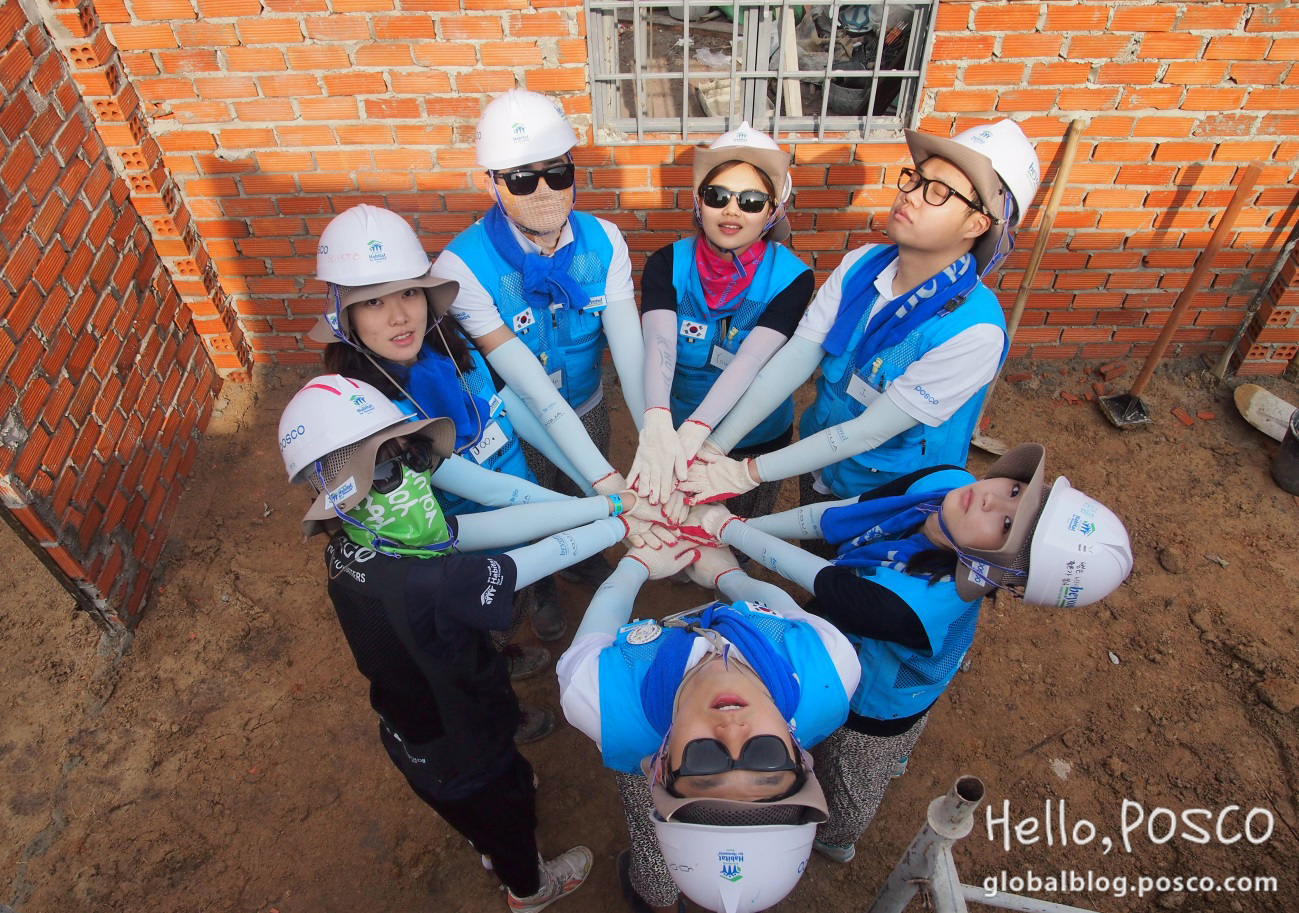 For their final stop, the 100 students of the volunteer group headed south to Long Dien to visit some of the wisest residents of Ba Ria-Vung Tau.

At the Long Dien District Elderly and Lonely Care Center, the hard labor of previous days wasn’t needed. Instead, volunteers delivered food and New Year’s gifts—cooking oil, milk, noodles, cookies, and other daily necessities—for the center’s Tết celebrations. With the help of the Vietnamese student volunteers, the Korean students also made conversation and spent a bit of quality time with the center’s elderly residents, most of whom are homeless.

“New Year’s Day is coming. But we are always worried about daily living conditions during Tết,” explained one of the residents. “Thanks to the presents delivered by the volunteers, we have enough food for this Tết.” 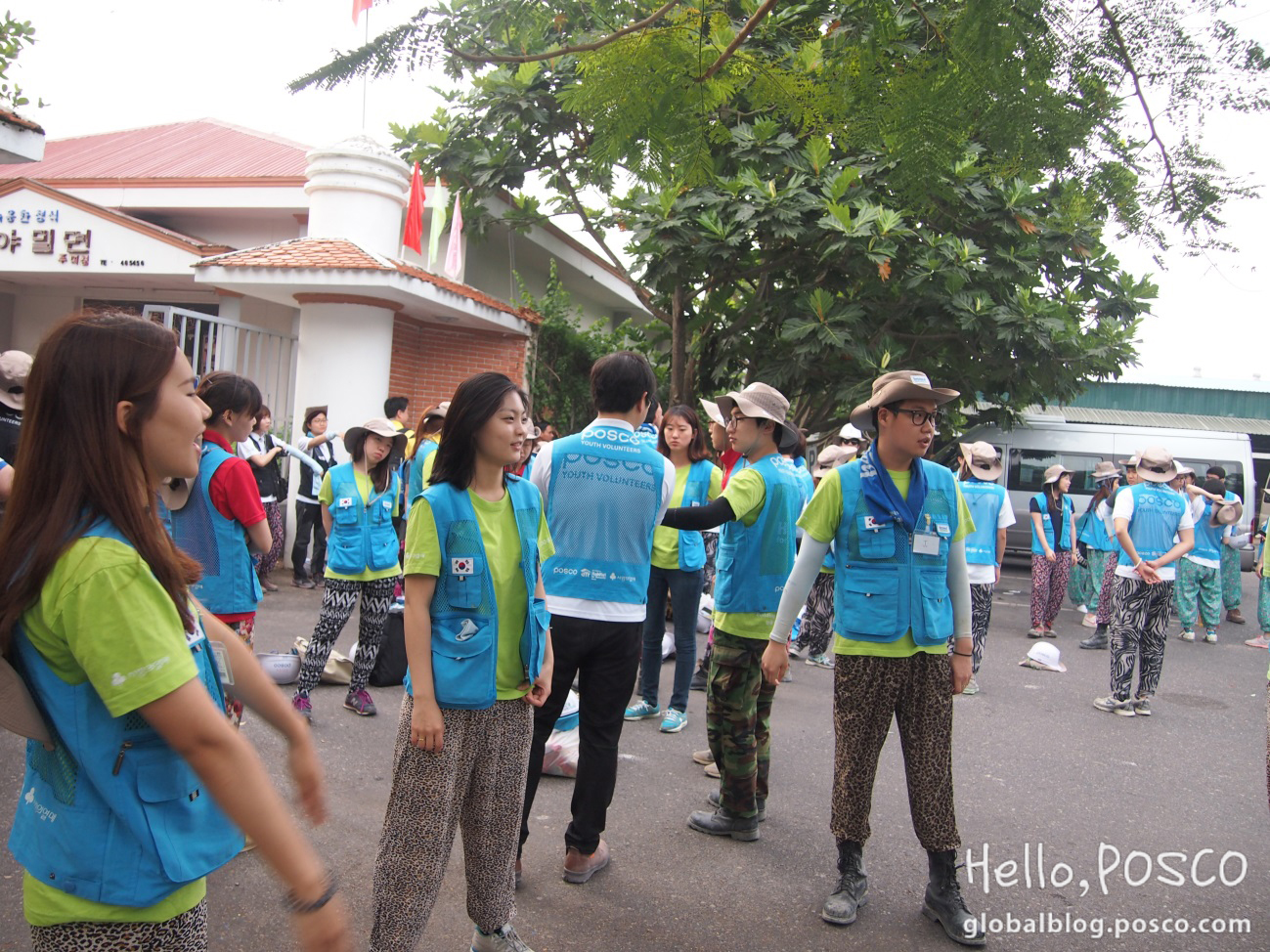 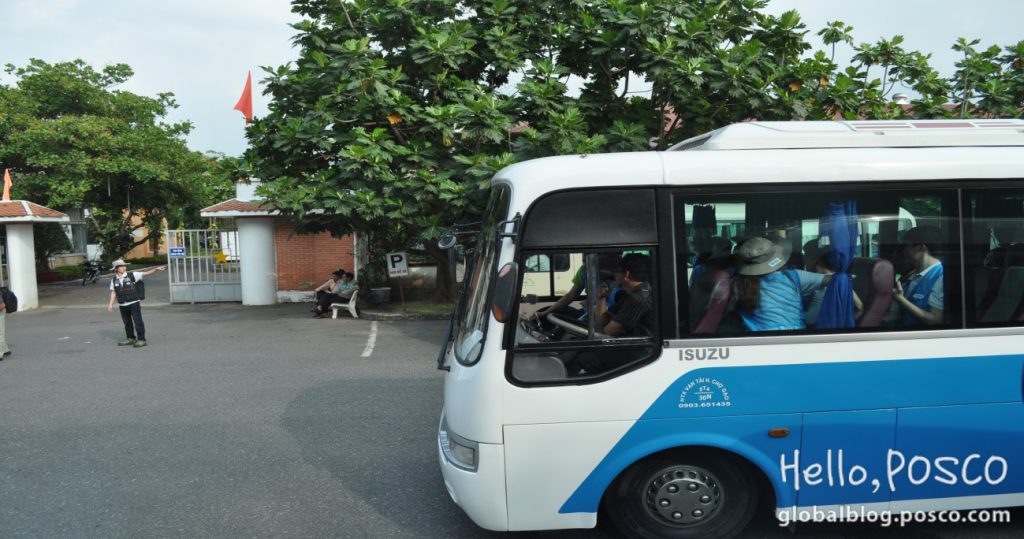 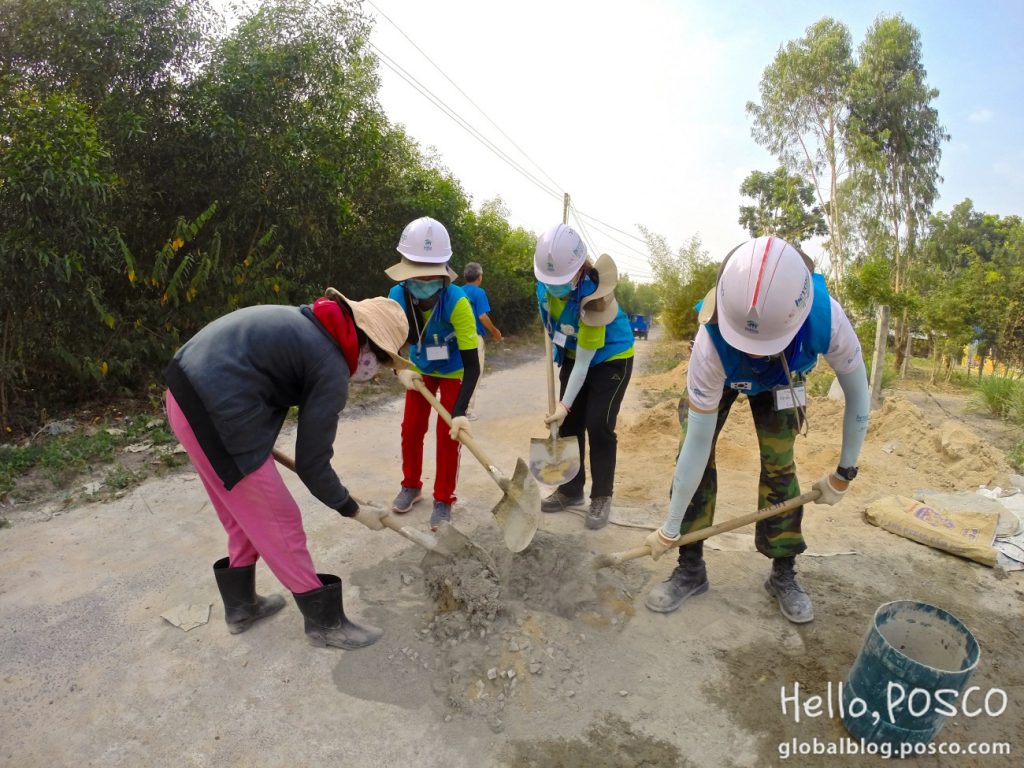 8 days, 10 houses, 6 groups, countless desks and chairs, and one New Year’s Day later, the volunteer project is over. In a ceremony to hand over ownership of the Tan Hoa houses, some of the new homeowners are moved to tears, while others are smiling, eager to start their new lives.

For the volunteers as well, the trip has been rewarding. “It was an amazing experience with the local people. The homeowners said thank you to us, and we also want to say thank you to them,” said POSCO Global Youth student Chang Ho Bin. “We are grateful they welcomed us into their lives. We hope they have a warm and happy New Year.” 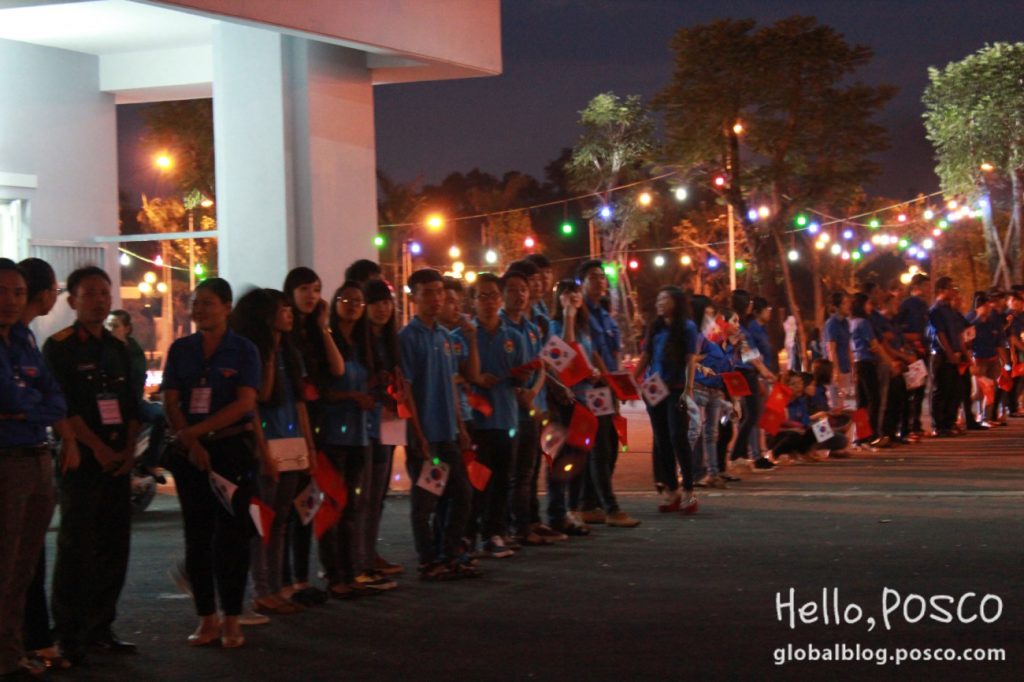 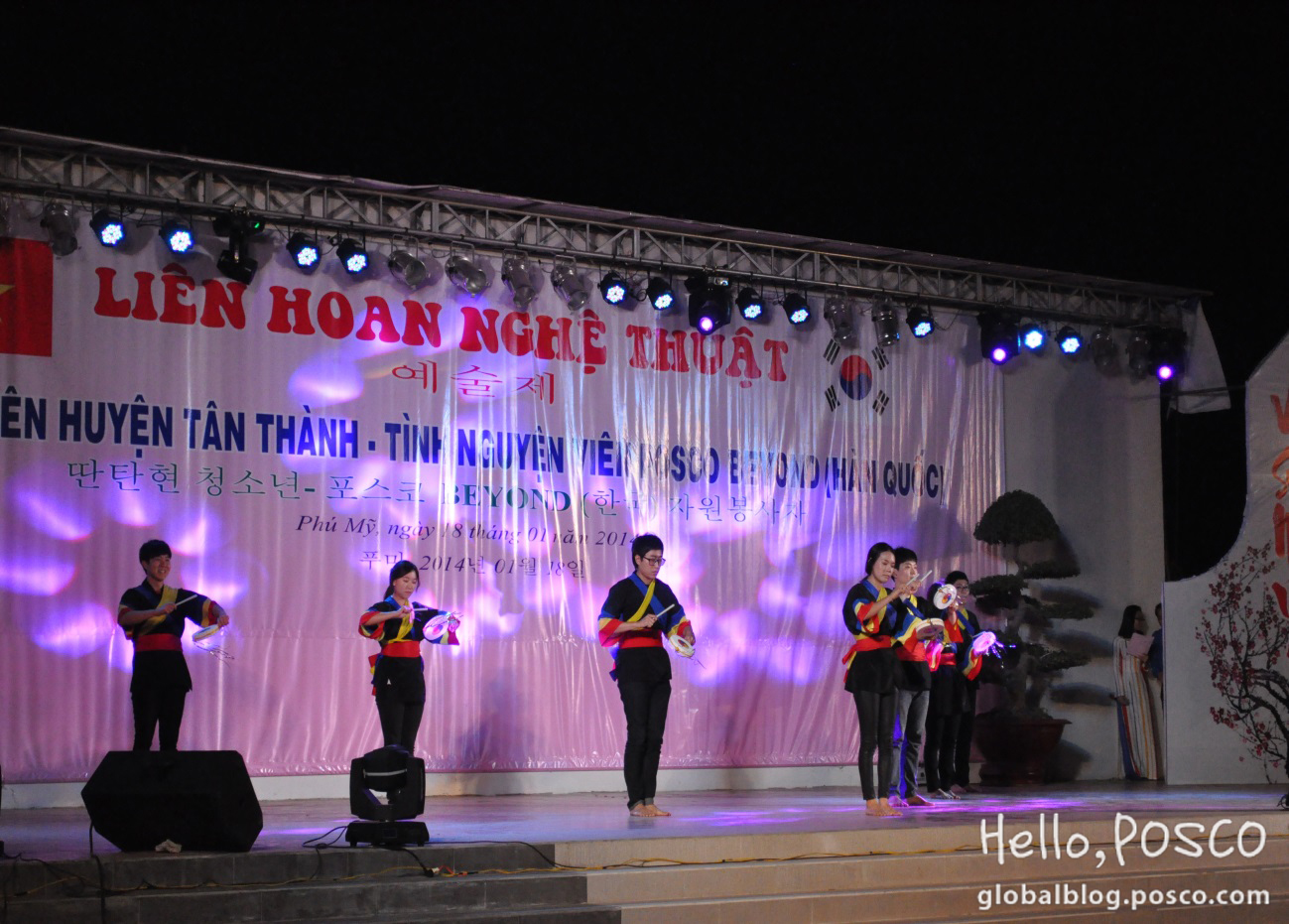 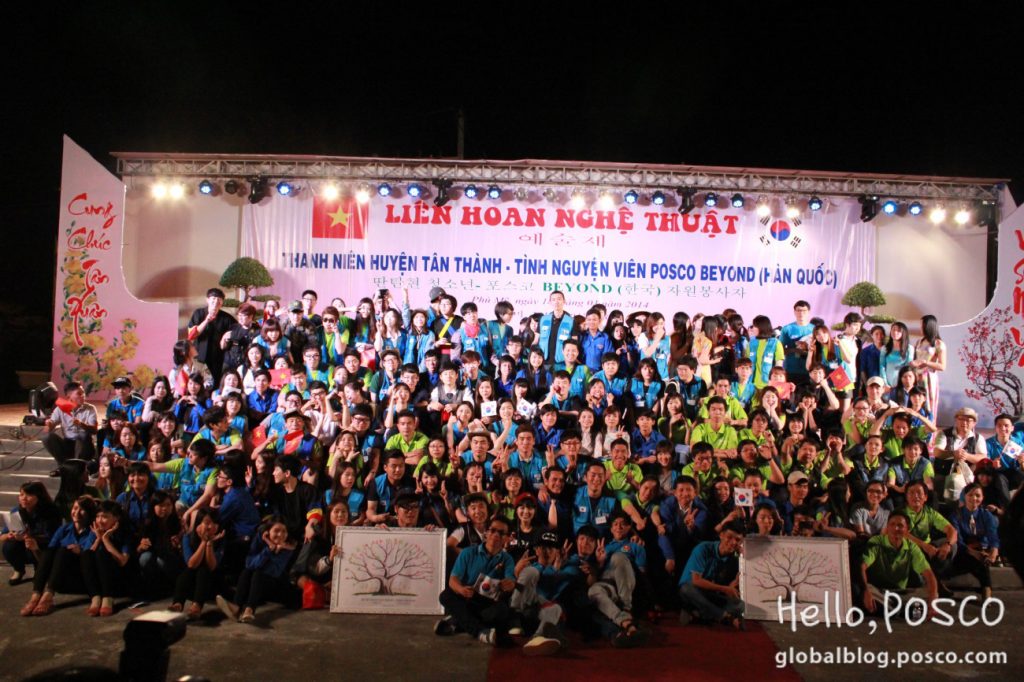 What I learned from there is how we can true communicate with each other. It was really impressive to see kids in ‘home partners’ shy at the beginning but became friendly. Difference of language was nothing. Also, I’m very glad having participated in building their shelter. 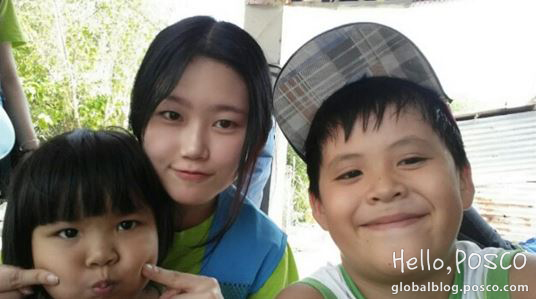 As a student in Hochi Minh City of Technology, it was great opportunity to participate in this activity. I was a bit worried about language problem and work itself, but all the friends from Korea were very kind and careful. I really appreciate their effort and will remember 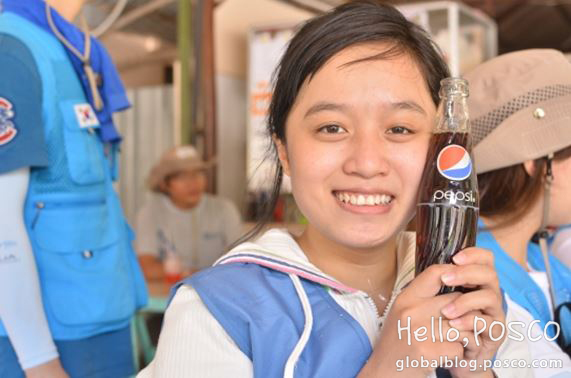