How POSCO Uses Steel Waste to Clean the Oceans

The world’s largest garbage dump is not found on land. It’s in the world’s oceans.

There is a shocking amount of garbage and waste in the world’s oceans, and it has gone unchecked for far too long. Ocean currents have drawn these floating garbage patches together into distinct regions, and, according to the National Geographic, one in the Pacific covers an area larger than Mexico. 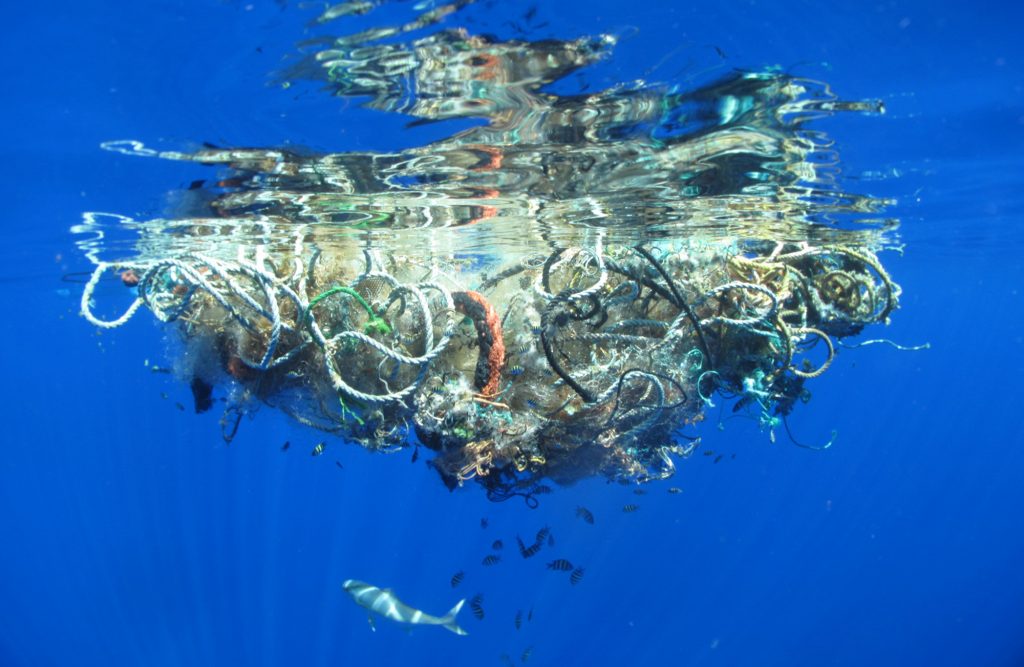 Individuals, governments, and companies are heeding the call of oceanographers and other scientists and realizing more and more that a healthy ocean is vital to humanity’s survival. Many organizations are working to protect this natural resource by implementing sustainable, responsible practices to help clean up the oceans.

The State of the Ocean Today

Plastic is a major problem for the ocean. It breaks down into microparticles, which are nearly impossible to clean up. Places like Henderson Island, in the South Pacific region, are covered in tens of millions of pieces of trash.

Animals like seabirds consume the plastic at alarming rates: it is found in 90 percent of seabirds, according to Australia’s Commonwealth Scientific and Industrial Research Organization. The study also says that plastic production is rapidly increasing, and so are the rates of ingestion by seabirds. 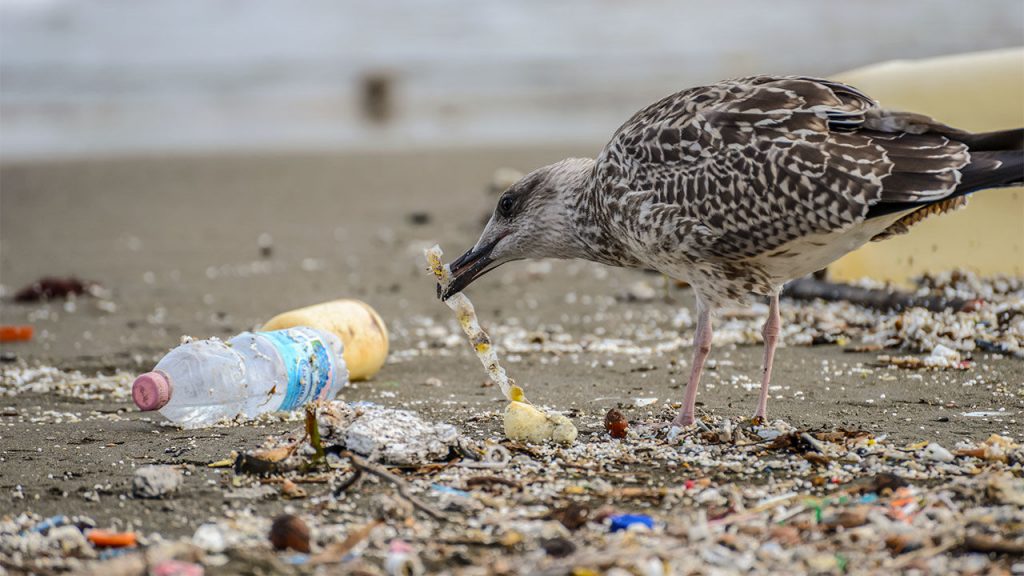 A bird eating plastic on the beach. (Source: Science Mag)

Plastic is not the only problem. Oil, fertilizers, sewage disposal, and chemical usage on land is affecting the oceans and killing marine ecosystems. The US National Research Council says 36 percent of the oil in the oceans come from city and industry waste and runoff.

Fertilizers are entering the ocean in much the same way. Even though there are many global restrictions on sewage and chemical dumping, it still happens. The oceans are in rough shape, and these issues are only going to get worse if people, companies, organizations and governments do not take action.

However, there are factors to consider before plunging in.

If ocean cleanup is not done properly, it can negatively impact marine ecosystems. The Bureau of Safety and Environmental Enforcement’s (BSEE) Rigs to Reef program found that fish and marine life were using oil and gas platforms as habitat, and when these rigs were decommissioned and removed, it harmed and disrupted the ecosystem.

Rigs to Reefs helped to transform oil and gas platforms so that they could actually offer a benefit to marine ecosystems. It now encourages the use of obsolete platforms as artificial reef material – as long as they meet strict requirements. With BSEE’s program, various marine species can adapt to and enjoy the artificial reefs as shelters and breeding grounds. 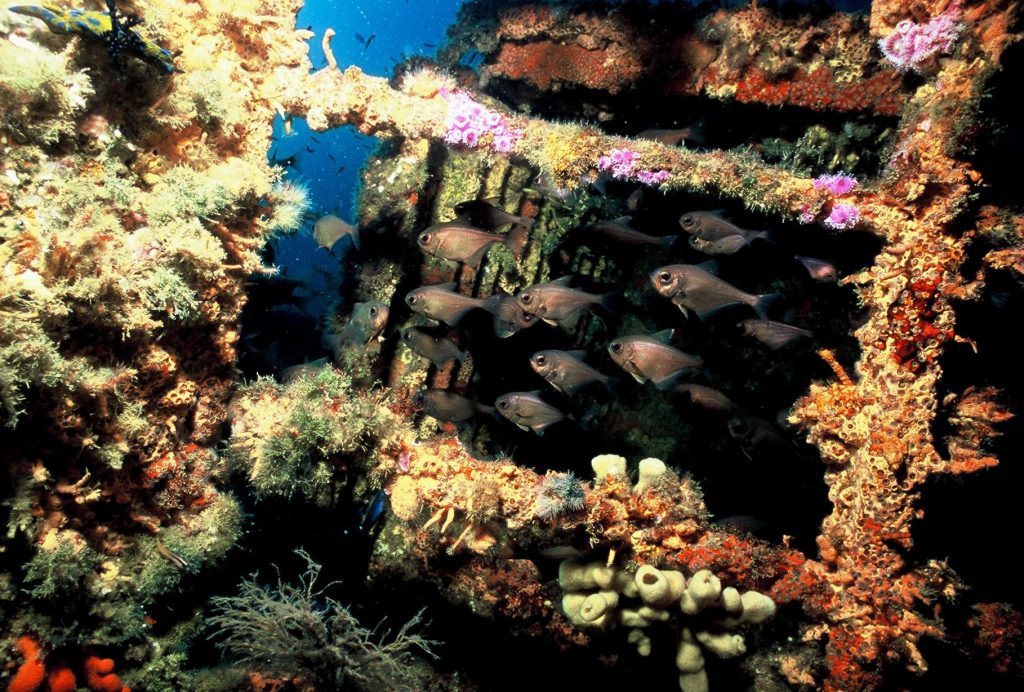 An artificial reef made of old industrial infrastructure. (Source: Rigs to Reef)

Other companies and groups are also taking action. For example, The Ocean Cleanup is a group focused on using the ocean’s natural currents for cleanup, and financing the project through philanthropic, commercial, and governmental donations and sponsorships.

POSCO is another company committed to sustainable, responsible practices when it comes to the environment, including the oceans. One of their major innovations, the Triton project has a direct, positive impact on the marine ecosystem of Korea’s South Sea and East Sea.

In conjunction with the Research Institute of Science and Technology (RIST) and the Korean government, POSCO has installed 510 artificial fish reefs made of “Triton” steel slag, made of  by-products of the iron and steelmaking processes. Triton is eco-friendly and low in carbon, and adds additional value to the steel manufacturing process by using up its wastes.

Even better, Triton is naturally made with high percentages of iron and calcium, which work to create the ideal conditions for seaweed and algae spore growth, and purifies contaminated sediment. These reefs can also help reef populations migrate to cooler waters.

Triton reefs create a very healthy environment for marine life, and have helped to restore sea forests wherever they are installed. The sea plants that are thriving with Triton are decreasing carbon dioxide and creating a healthier ocean. Aside from the environment, the economies of surrounding countries are reaping the benefits. The commercial fishing industry is one of the first industries to benefit from a more robust local fish population.

An example of an artificial reef used to support plant growth

POSCO intends to continue building on the success of Triton, forging cooperative relationships to construct fishery resources. The next coral reef forest restoration is planned for Indonesia, and POSCO will continue to protect marine life globally.

Cleaning up the oceans is one of the greatest global environmental responsibilities of humanity. POSCO is one company leading the efforts to restore the environment through transformative technologies that take what was once considered waste and using it to create spaces that nurture life.