Two years ago, coastal waters of the Korean southern sea experienced albinism. Marine plants at shores were slowly dying in a dessert-like condition brought by this phenomenon. However, today that exact dreadful location has transformed, where it is now filled with lively marine life. This change was possible thanks to POSCO installing five-hundred-and-ten artificial fish reefs made of steel called “Triton.” What is this “Triton” that saved the coaster waters of the Korean southern sea?

What is Triton—the artificial fish reef?

‘Triton’ was named after a sea-god from ancient Greek mythology, who controlled all ocean. The key to Triton was something called a Steel Slag. It is a by-product of molten metal from melting iron ore, soft coal, limestone—the three ingredients for producing steel—in extremely high temperature.

Steel Slag is an eco-friendly resource that can be widely used for many purposes such as cement, manures, and aggregates. POSCO’s ‘Triton’ is a low-carbon fish reef using such Steel Slag. 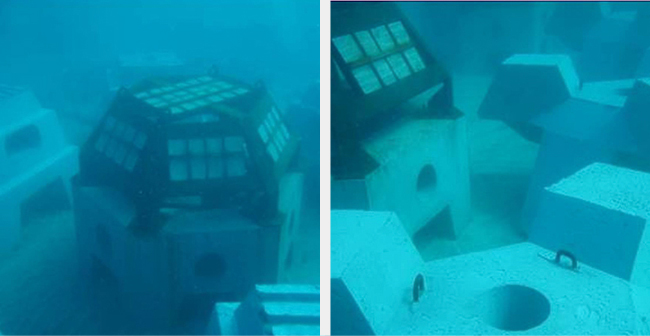 Since 2000, POSCO started research on ways to restore marine life by collaborating with Research Institute of Industrial Science & Technology (RIST), and ‘Triton’ is the result of this project. Triton consists dominantly of steel, which is a necessary element for mixing photosynthesis and protein. It creates a healthy environment for marine life to flourish, by attracting the accession of marine plants in the area. Thanks to the installment of Tritons, sea forests were restored healthily. These sea plants then help to decrease carbon dioxide due to their ability to store about 10-20 tons of carbon dioxide every 1ha per year during the process of photosynthesis. 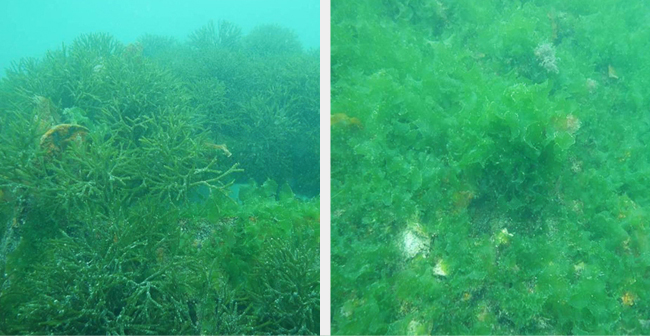 Not only in the southern sea of Korea, but Triton has made sea forests in parts of the east sea. The priceless sea forest created in the southern sea, was progressed by POSCO MOU pilot project with the Ministry of Maritime Affairs and Fisheries. After 18 months of making the sea forest, the amount of contrast in the bedrock biomass in the area have increased more than ten times its original state, and the incomes for fishermen have also increased.

POSCO Reaches Out Globally In Preserving and Restoring Marine Life

Towards the future, POSCO aims to build mutually cooperative relationships for constructing fishery resources with the Ministry for Food, Agriculture, Forestry and Fisheries. Furthermore, POSCO plans to establish seventeen more sea forests with Triton until 2014. In addition we will try our best to restore the coral reef forests in Indonesia along with protection of marine life in other parts of the world as well. POSCO’s deep concern for the marine affairs will continue.