POSCO TJ Park Foundation (Chairperson Sunuk Kim) selected Sergeant Dong-Gil Han as a POSCO Hero for rescuing a mother and daughter trapped in an overturned vehicle at risk of injury and fire. The foundation delivered a plaque and scholarship on August 14.

Sergeant Dong-Gil Han found an overturned vehicle with smoke rising at an intersection in Chuncheon and rushed to the scene of the accident. 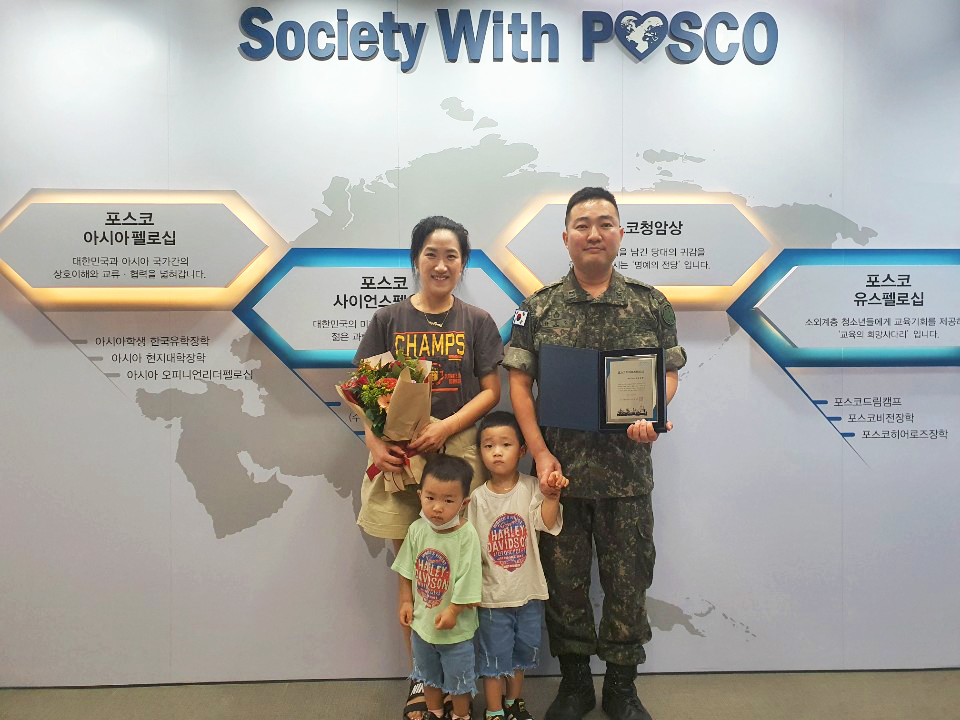 POSCO Heroes Fellowship is a program of POSCO TJ Park Foundation that supports righteous people, who sacrificed themselves for the sake of national and social justice, so that their children can continue their studies. The purpose of the program is to raise social interest in righteous acts by discovering public officials or citizens who set an example for society and also to create a just society where its members help each other in difficult situations. Established in 2019, POSCO Heroes Fellowship has been awarded eight times to a total of 12 people so far.