POSCO has once again been named the world’s No.1 steelmaker.

This year’s achievement is especially meaningful, as the company faced a tough business environment in 2015 due to global oversupply, a downturn of major demand industries and import restrictions on exporting countries. POSCO also underwent a strict restructuring process to improve its financial structure.

The WSD assessed 37 steelmakers around the world in 23 categories including technological innovation, cost competitiveness, financial stability and procurement.

POSCO ranked at the top with a score of 8.02. The company was credited for its investment attraction of Saudi Arabia’s sovereign wealth fund and the reorganization of its corporate structure, including its sale of POSCO Specialty Steel.

POSCO was also applauded for making use of innovative technologies such as FINEX and CEM, improving the technical skills and productivity of its engineers, increasing sales of value-added high-end products such as World Premium products and reducing costs. 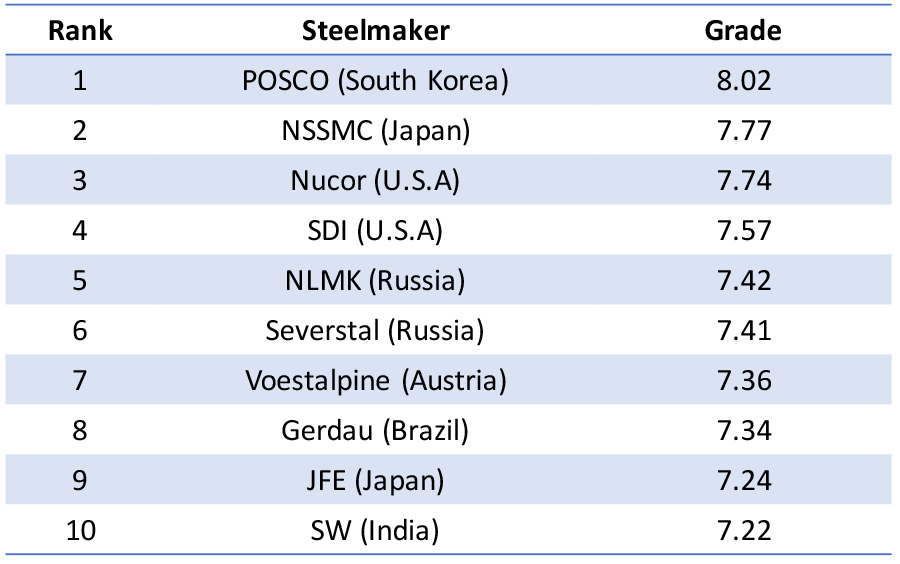