POSCO Humans was selected as one of the top 11 leaders in sustainable solar innovation in 2017 by “Solar Today.”

This evaluation was designed to measure the current status of the sector and also to see where it is headed. LG Electronics, LS Industrial Systems and Hanwha Q CELLS were selected along with POSCO Humans. 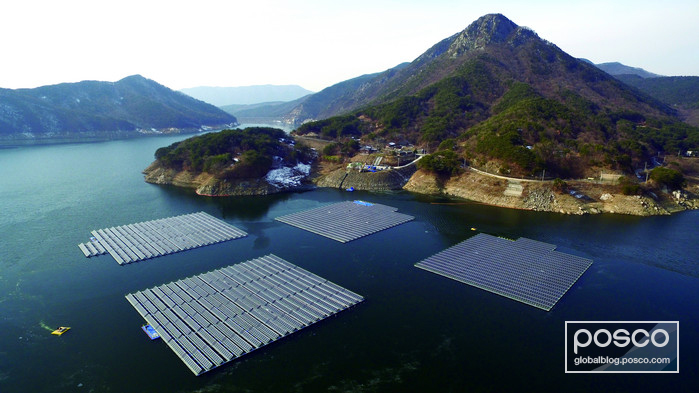 POSCO Humans started its solar power business in 2013 with Korea Water Resources Corporation in order to provide a framing system for a floating solar power system. Currently, the company is carrying out projects in the structural and EPC sectors.

POSCO Humans received excellent evaluations for its steel structures that were built for solar facility installations, the use of PosMAC materials for solar power generation, and its eco-friendly floating solar power systems.

Based on this technology, POSCO Humans also conducted other energy-related projects including a floating solar power system at Boryeong Dam (2.0Mw) in South Chungcheong Province, a land solar power system (1.0Mw) in Shihwa Lake, a water purification plant in Siheung (0.4Mw), and a pumping station at Gwangmyeong for the Korea Water Resources Corporation (0.6Mw).

In the future, POSCO Humans will develop its solar EPC business into new next-generation business areas and plan to provide its customers with total solution services such as business feasibility studies, design, construction and post-construction operations.