POSCO America created commemorative plaques to honor and thank Korean War Veterans for their services to the Republic of Korea.

On April 12, an “Ambassador for Peace Medal” ceremony was held at the Atlanta Veterans Medical Center, under the auspices of the Consulate General of the Republic of Korea in Atlanta and Georgia Department of Veterans Service. POSCO America participated in the ceremony as one of the corporate sponsors.

The United States deployed about 1.79 million soldiers to the Korean War in which 140,000 casualties occurred for the American soldiers. Across the United States, 1.47 million veterans survive to this day – about 35,000 veterans in the state of Georgia alone. Since 1975, Korea has been honoring the veterans and the bereaved families with the “Apostle of Peace” medal.

The ceremony commemorates the 100th anniversary of the establishment of the Provisional Government of the Republic of Korea. POSCO America created and delivered a total of 90 commemorative plaques to the veterans and their families including the 58 that were presented on this day. 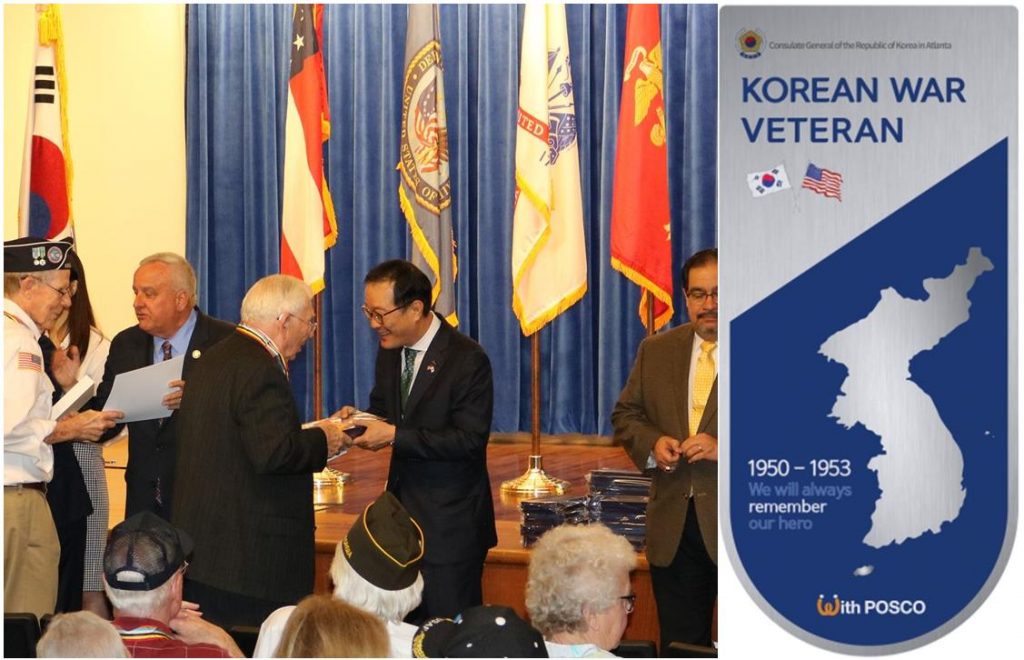 ▲ On April 12, POSCO America (headed by Kwang-Soo Kim) delivered memorial plaques to the Korean War veterans. All plaques carry the message, “We will always remember our hero.”

On the reasons for creating the memorial plaques, POSCO America cited a story from Mr. Norman F. Board who is serving as the Georgia branch president for the Korean War Veterans Association. He said, “Korean war is a ‘Forgotten War.’ So many American soldiers lost lives in the War, and yet, the attention it gets is nowhere near to that of World War II or the Vietnam War. Now, most of us are well into our nineties – many of us are already gone. I’m afraid we’ll be obliterated entirely from this generation.”

It was Mr. Board’s story that got POSCO America up and running to create the plaques for the veterans of the ‘Forgotten War.’ On the plaque, the company engraved the message, “We will always remember our hero” along with the period of the Korean War, which dates from 1950 to 1953. The plaque was created with POSCO’s permanent stainless steel, and POSCO C&C’s PosART inkjet printing skill was also applied.

Commissioner Mike Roby of the Georgia Department of Veterans Service remarked in the ceremony: “The creation of the plaques is our generation’s determination to remember the Korean War and those who fought in it. It honors the soldiers who sacrificed their lives for Korea and their country. My deepest gratitude goes to POSCO for reminding us of the need to recognize the veterans’ services to the country.”

To fulfill its due responsibility as a corporate citizen, POSCO America will continue the community outreach and develop sustainable relationships with the veterans. 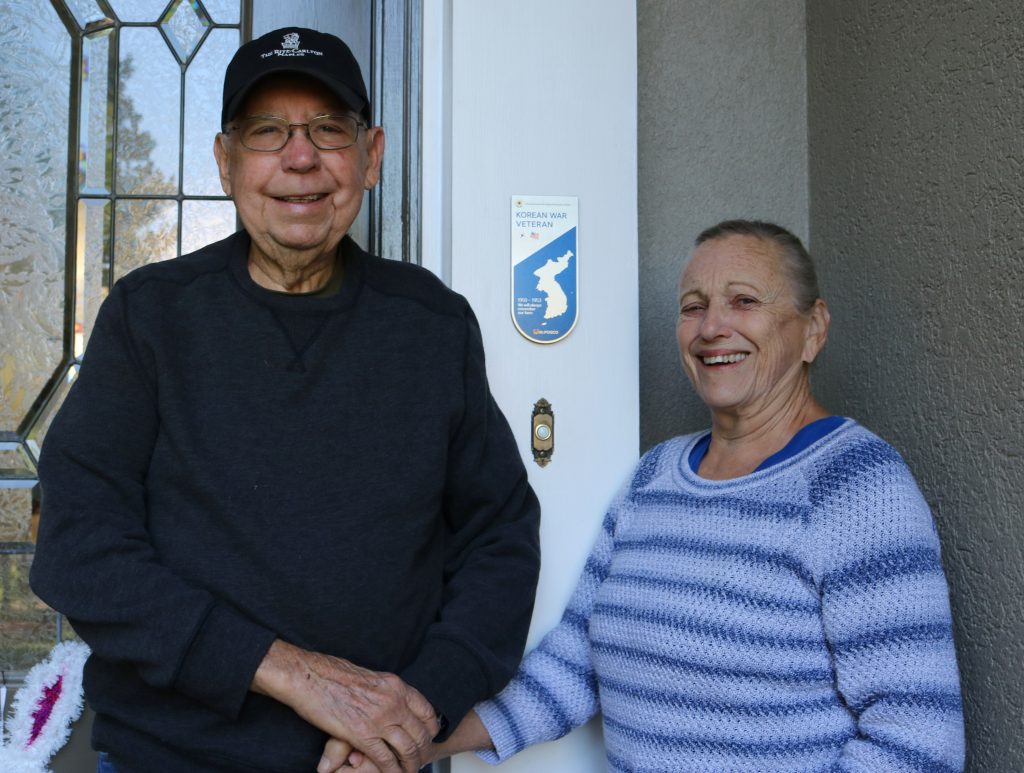 ▲ Mr. Norman F. Board and his wife, Mrs. Joan Board. After hearing Mr. Board’s story, POSCO America set to work to create memorial plaques for the Korean War veterans. 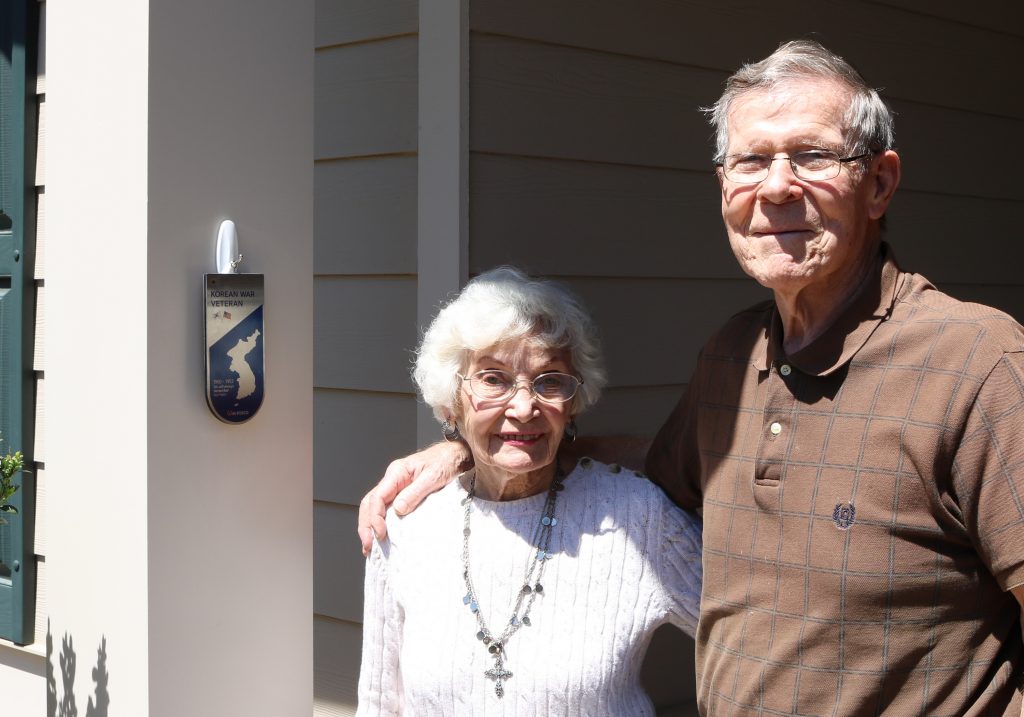 ▲ Mr. Urban Rump of the Korean War Veterans Association and his wife Mrs. Carol Rump with the commemorative plaque on the porch. 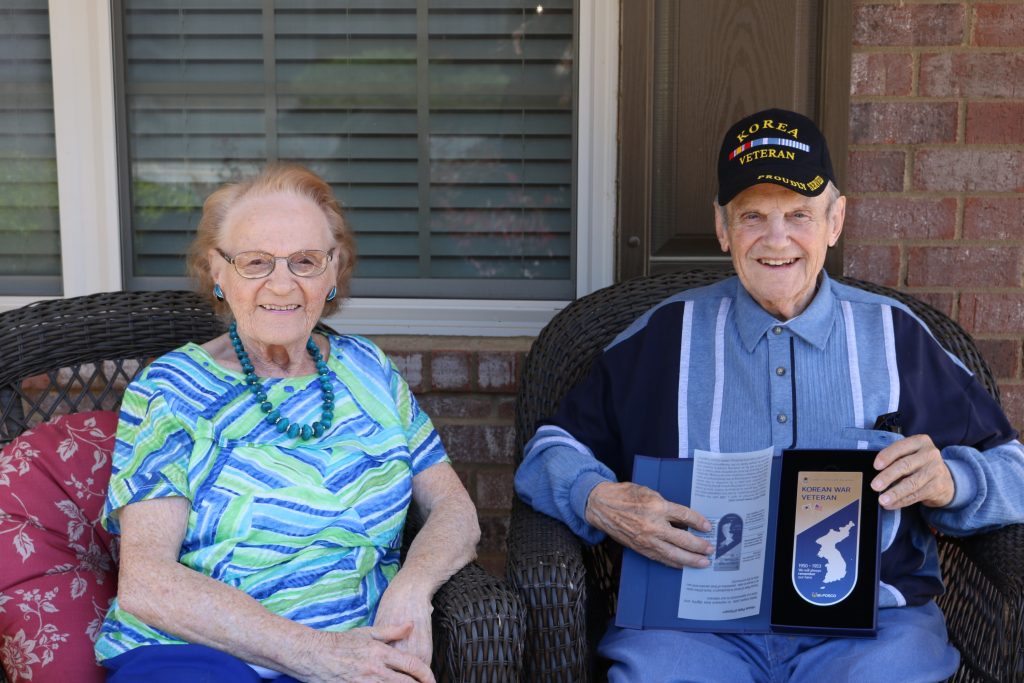 ▲ Mr. Edward Ginter, one of the recipients of the memorial plaques, and his wife, Mrs. Cecilia Ginter. POSCO America delivered a total of 90 memorial plaques to the Korean War veterans and their families.