Materials Matter: Why Steel Beats Aluminum in the Sustainability Debate

There is a general consensus within the automotive industry that favors electric vehicles (EVs) as the most feasible solution to decreasing greenhouse gas (GHG) emissions. For the integration of EVs into the existing fleet of cars to happen fast and in significant numbers, automakers have to optimize the range of their EVs. With the current technological limitations in electric motors and batteries, carmakers are collectively seeking lighter materials for maximum range. 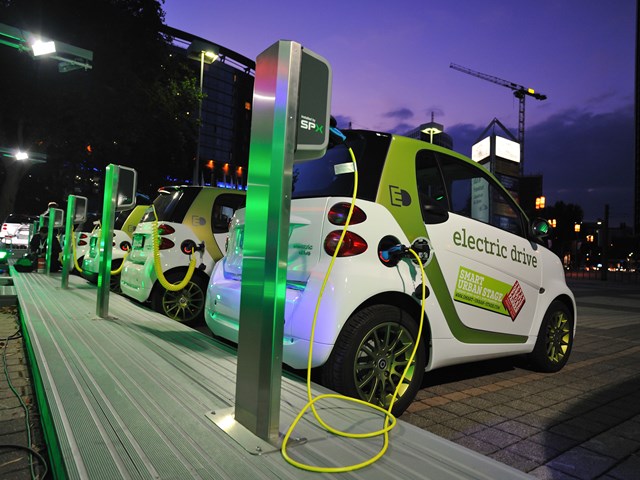 More and more automakers are adding EVs to their fleet. (Source: Engineering and Technology)

While all this sounds promising for the environment, EVs don’t automatically translate into lower GHG emissions. According to World Auto Steel (WAS), the emissions from vehicle production will be greater than the amount of emissions from driving. As such, it is becoming increasingly important for manufacturers, policymakers and consumers alike to view material options by considering its life cycle assessment (LCA).

WAS conducted a case study in which they compared two popular lightweight materials for EVS; aluminum and Advanced High-Strength Steel (AHSS). The study followed the University of California Santa Barbara Automotive Energy & GHG Model (UCSB Model) for a comprehensive analysis of each material’s total energy use throughout its entire life cycle, from production to end of life recycling. For the study, WAS examined 1,000,000 BEVs of equal range that were made up of either entirely aluminum or AHSS.

Why is AHSS More Energy Efficient? 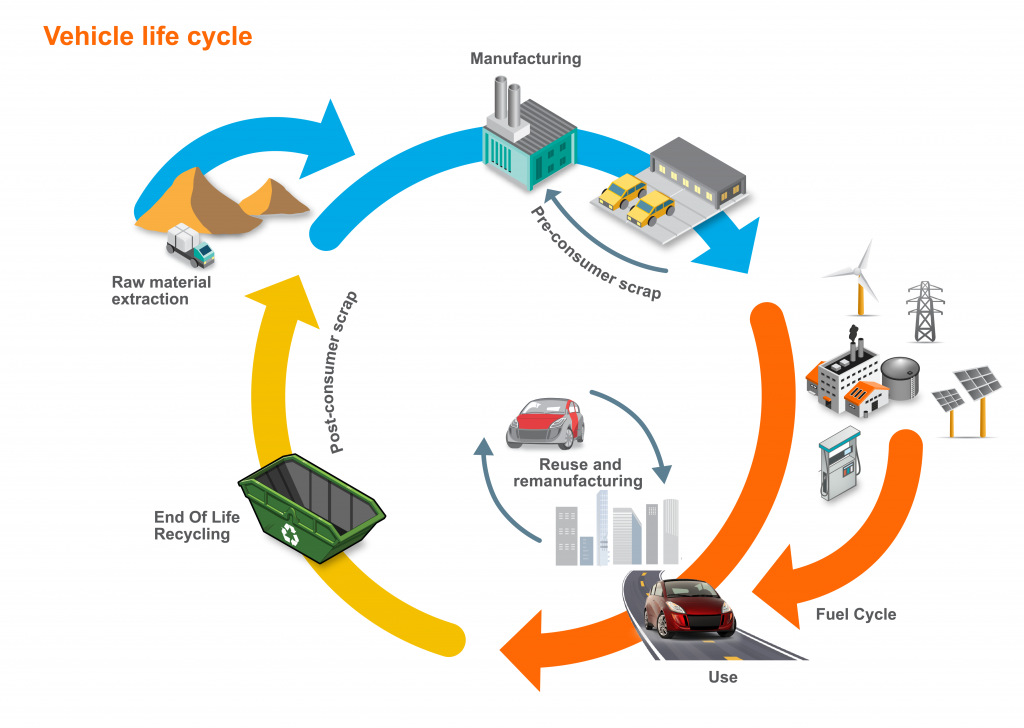 There are many sources of emissions output involved in the entire life cycle of a vehicle. (Source: World Auto Steel)

This poses a serious need to reexamine existing policies and regulations that only seek to reduce tailpipe emissions. By also taking into account emissions from the production of materials all the way to how a car is disposed at the end of its life cycle, automakers can grasp a better picture of the real impact of their choices on the environment.

As a solution-providing partner for automakers, steelmaker POSCO designed the perfect AHSS for cars that is lightweight, extremely strong, highly formable and environmentally friendly. POSCO GIGA STEEL belongs to the highest category for tensile strength of greater than 1GPa (Gigapascal). It can withstand more than 100 kg of force per square millimeter, making it 3 times stronger than aluminum. It is also 3.5 times cheaper than aluminum and 2.1 times cheaper to manufacture.

In 2016, POSCO sold 9 million tons of steel sheets for cars, making up 10 percent of the entire global automotive market for steel sheets. POSCO GIGA STEEL was designed to further improve the performance and efficiency of POSCO’s auto partners around the world. As the auto industry heads towards a future where environmentally-friendly EVs become the norm, POSCO will strive to equip its auto partners with the materials and tools necessary to stay ahead and competitive.