[How Do You Like POSCO?] The Story at POSCO-Vietnam

POSCO-Vietnam is located in a port city named Vung Tau, 125 km south of Ho Chi Minh City, Vietnam. Established at Phu My Industrial Zone in 2006, the company has an annual production capacity of 1.2 million tons and is currently the largest Cold rolling plant in Southeast Asia. POSCO-Vietnam is pioneering the cold-rolled steel market in Vietnam, acknowledged for excellent quality and production hub in Southeast Asia. Since its advancement into the Vietnamese market in 1992, POSCO currently operates eight subsidiaries in Vietnam, with 80 expatriates and 3,100 local employees. 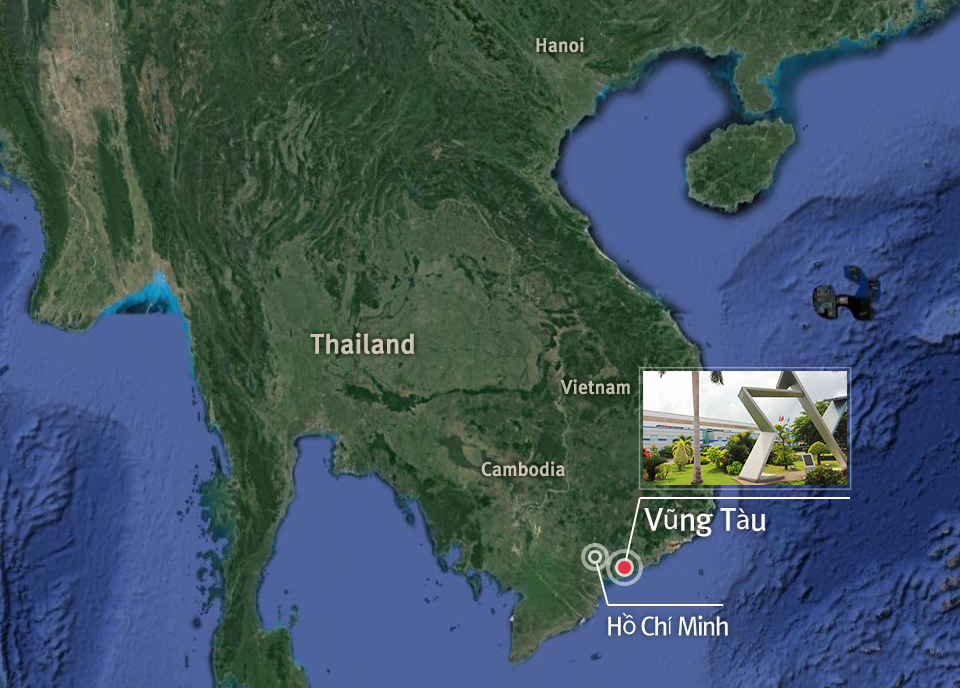 April 22 was a memorable day for POSCO-Vietnam — Linh, the General Manager of Domestic Sales 1 Department, was announced as the winner of the 2020 POSCO Award. Linh was honored with the award in recognition of contribution to expanding the market share in Vietnam. Linh was the only POSCO Global local employee who made it on the list. POSCO Newsroom got a chance to interview Linh at POSCO-Vietnam.

The ‘POSCO Award’ is POSCO’s top reward handed out each year to honor and encourage employees who have made contributions to the development of POSCO Group. POSCO has been selecting awardees from nominated employees who have contributed to the company as well as become an example to fellow colleagues. Including Linh, seven local employees at overseas subsidiaries have received the award so far. 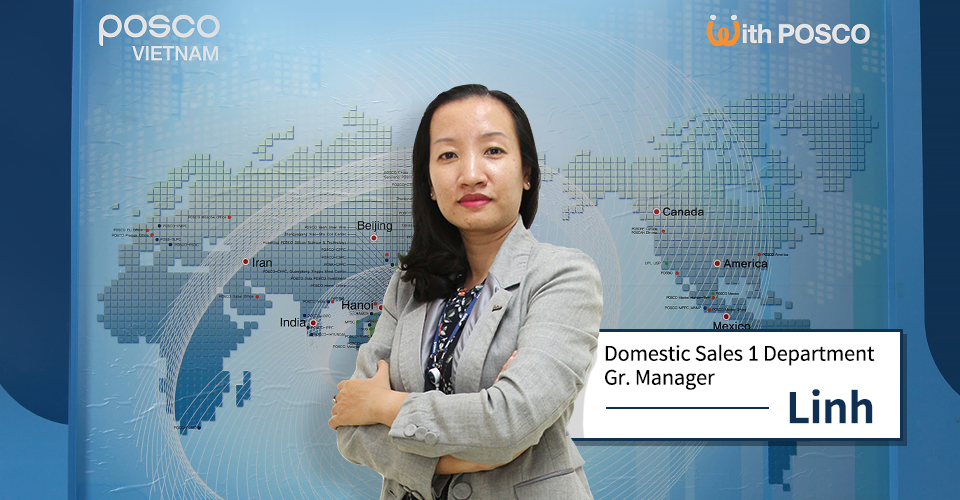 Q1. Congratulations on receiving the 2020 POSCO Award. Tell us briefly about yourself.

Q2. How did you become to join POSCO? What do you think enabled you to achieve the POSCO Prize?

Q3. Do you have special tips to enhance business performance?

Q4. Domestic steel demand in Vietnam is the highest in the construction field as of present. What are your prospects for the future of the Vietnamese market?

Q5. Are there any high value-added steel products expected in the future of the Vietnamese steel market? 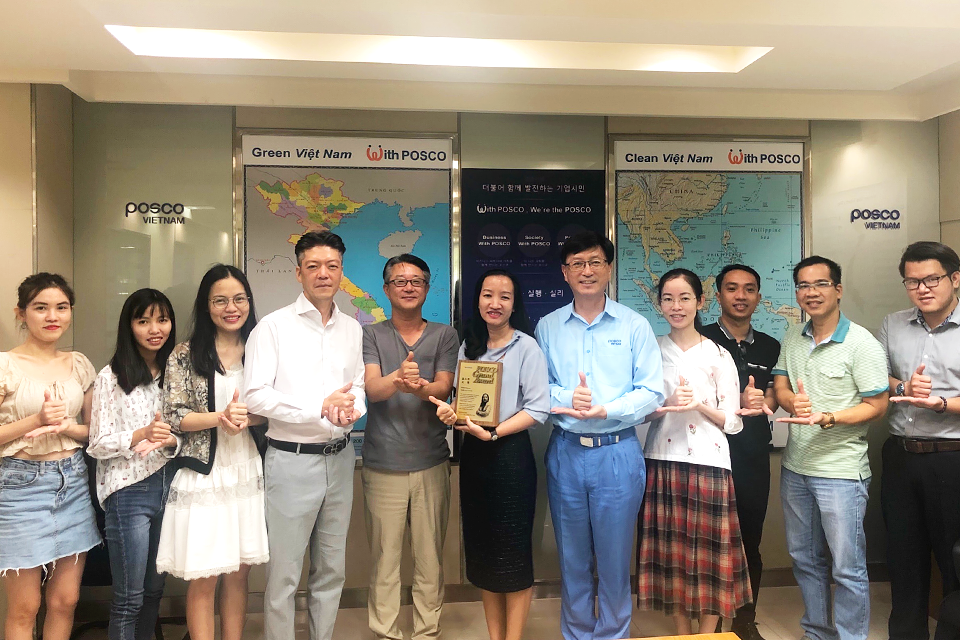 ▲ A group photograph with the POSCO award at the Ho Chi Minh City Office. The award was presented here due to the COVID-19 issue. Linh in the middle with POSCO-Vietnam President (right) and Head of Marketing Office (left).

Q6. Let’s move on to the COVID-19 issue. How did the current situation affect you and POSCO-Vietnam? 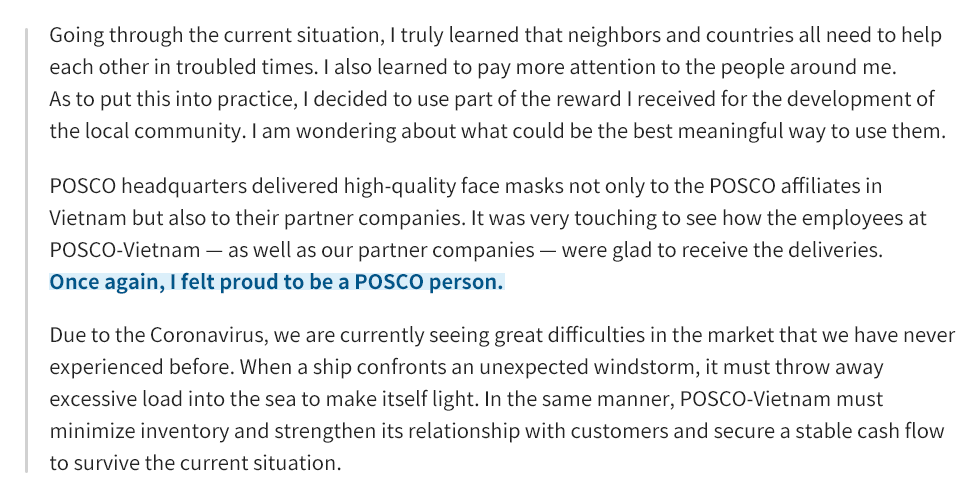 Q7. Many coworkers might see you as a good model to follow. Do you have any advice for the staff? 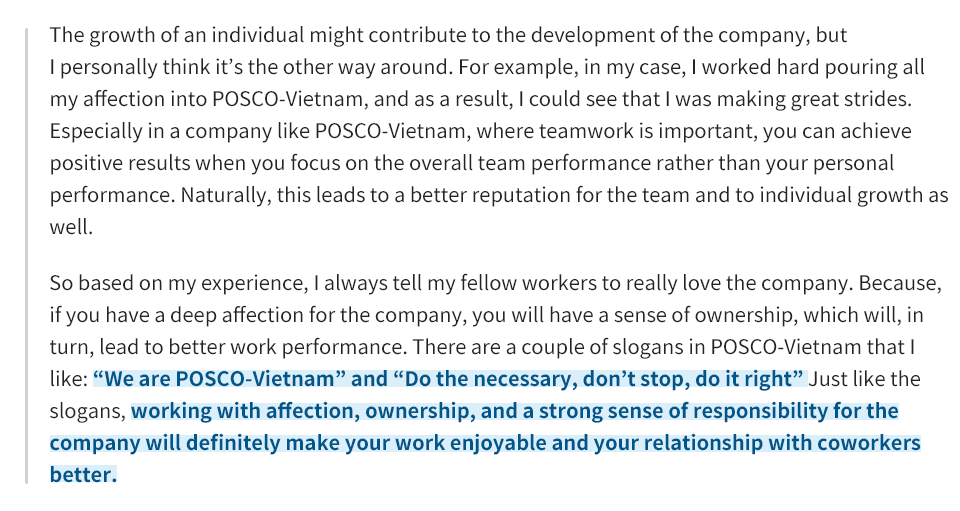 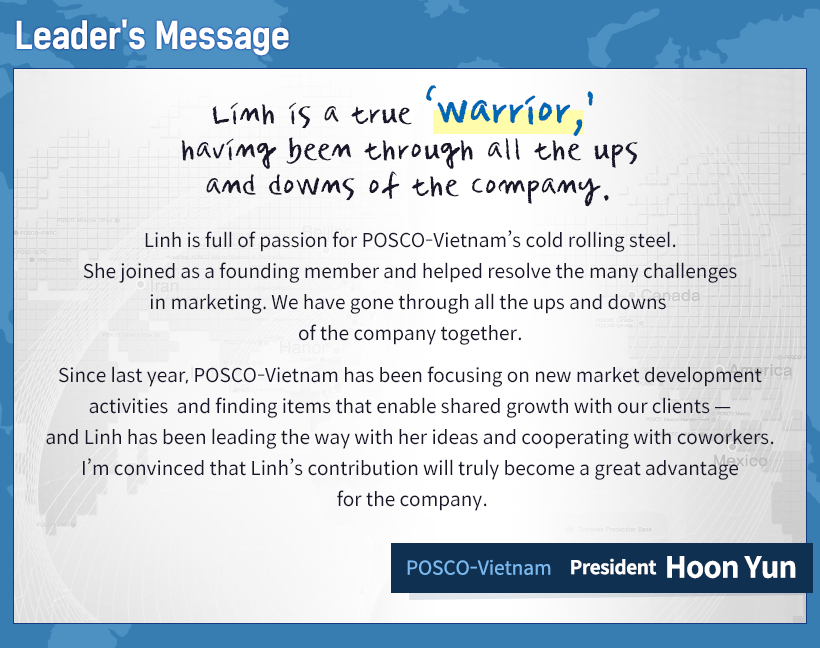