In the high street of Damascus, the capital of Syria, there stands a statue of a warrior on horseback. Dashing through the city on his horse with his soldiers with his eyes staring at front-line, a grim face, and heroic vigor, the name of this general is Saladin, ruler of the medieval Islamic world. 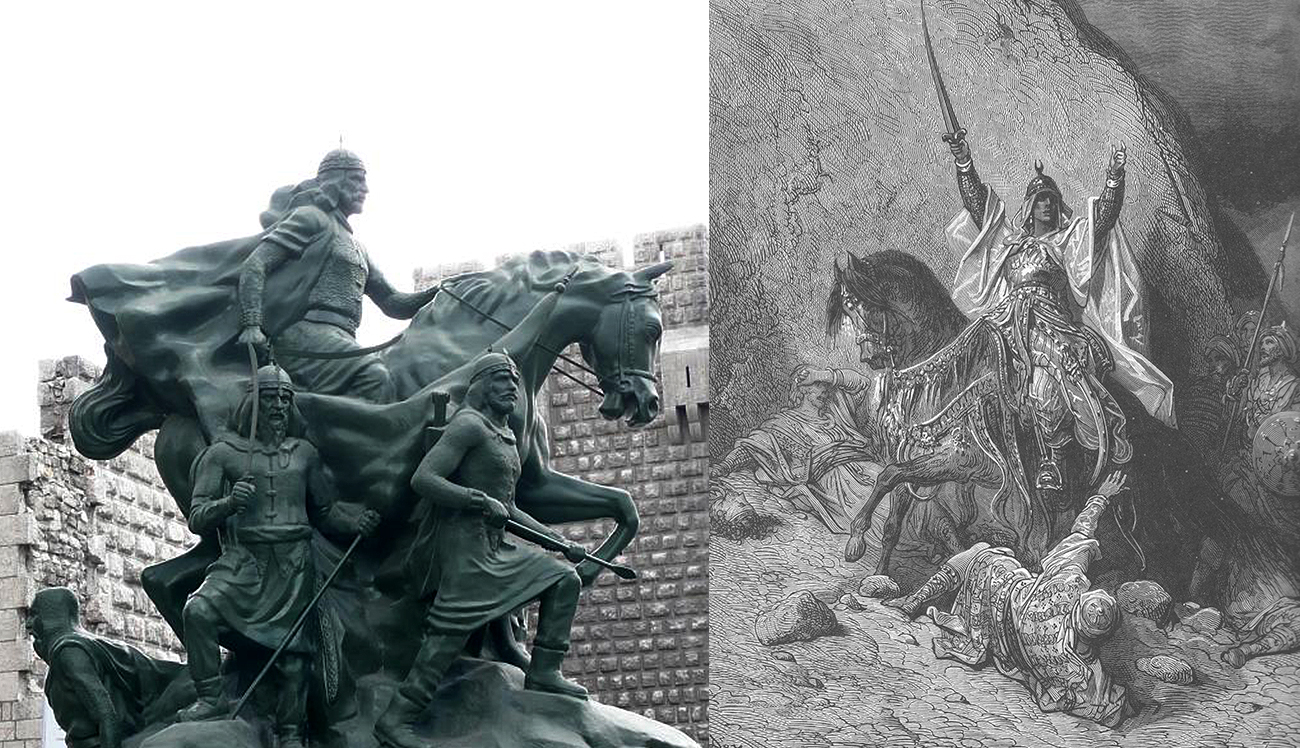 His name may not sound so familiar. It is not as well-known as Genghis Khan, the ruler who laid the cornerstone of The Mongol Empire, but Saladin is still recognized as a beloved historical figure among Muslims. He is the one who fought for the Holy Land of Jerusalem on behalf of Islam during The Crusades, a fierce 200-year-war between European Christianity and the Islamic world in the 11-13th centuries.

A noticeable part in the front of the statue of Saladin is the sword that he is holding with his right hand, pointing it up towards the sky. It may seem like an ordinary sword, but this blade, also known as the Damascus blade, contains an interesting history in relation to iron. Let us appreciate a part of the history of iron, through following the footsteps of this sacred weapon.

An invincible sword made of Wootz steel, captivates everyone’s heart 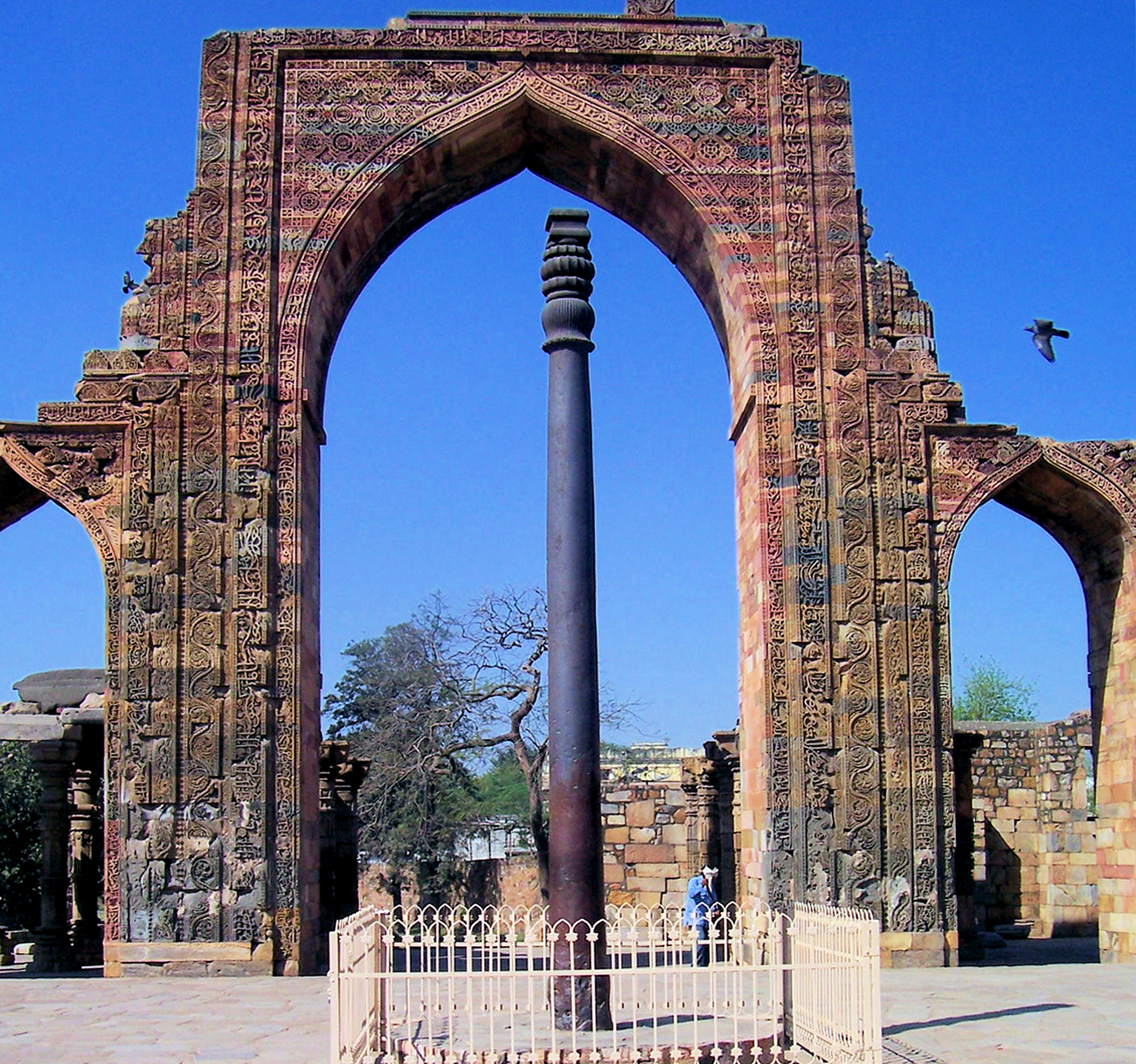 Firstly, one cannot help to wonder how the sword ended up with the name of Syria’s capital. It does not have obvious ties to Damascus, and its origins actually bring it back to ancient India.

Take a moment to look at the column in the photo above. It is made with steel, weighs six tons and measures 10 meters high. Judging from its pristine condition, which does not have a lot of rust, one may think it was made rather recently; however, it was erected 1700 years ago, during India’s Gupta Dynasty. Many scholars have conducted investigations on its composition to solve its mysteries, but they were not able to discover a definite reason as to how it has been able to remain rust-less.

This column, called “the iron pillar of Delhi”, is made with something called Wootz steel. Because of its durability, even to hammering, Wootz steel was mainly used for making sharp blades. It is unreasonable to think swords made with such an outstanding material to remain only in India; it was exported worldwide, to Russia, China and even to Persia. Eventually, swords made with Wootz steel captivated the hearts of the Damascus people in Syria.

But why is this specific sword called the “Damascus blade”, and not the “Indian sword” or the “Wootz steel sword?”

Damascus used to be the trade center of West Asia. Wootz steel blades were exported through the city and due to its high demands, it is predicted that a shortage in supply shortage must have occurred. At around 300 B.C., the spread of the Wootz steel blade began when merchants started to produce swords directly by hiring artisans. That is when the storied blade got its name as the “Damascus blade” – born and raised by India, but rising to fame only after it reached Damascus, Syria.

Strong and beautiful, the Damascus sword 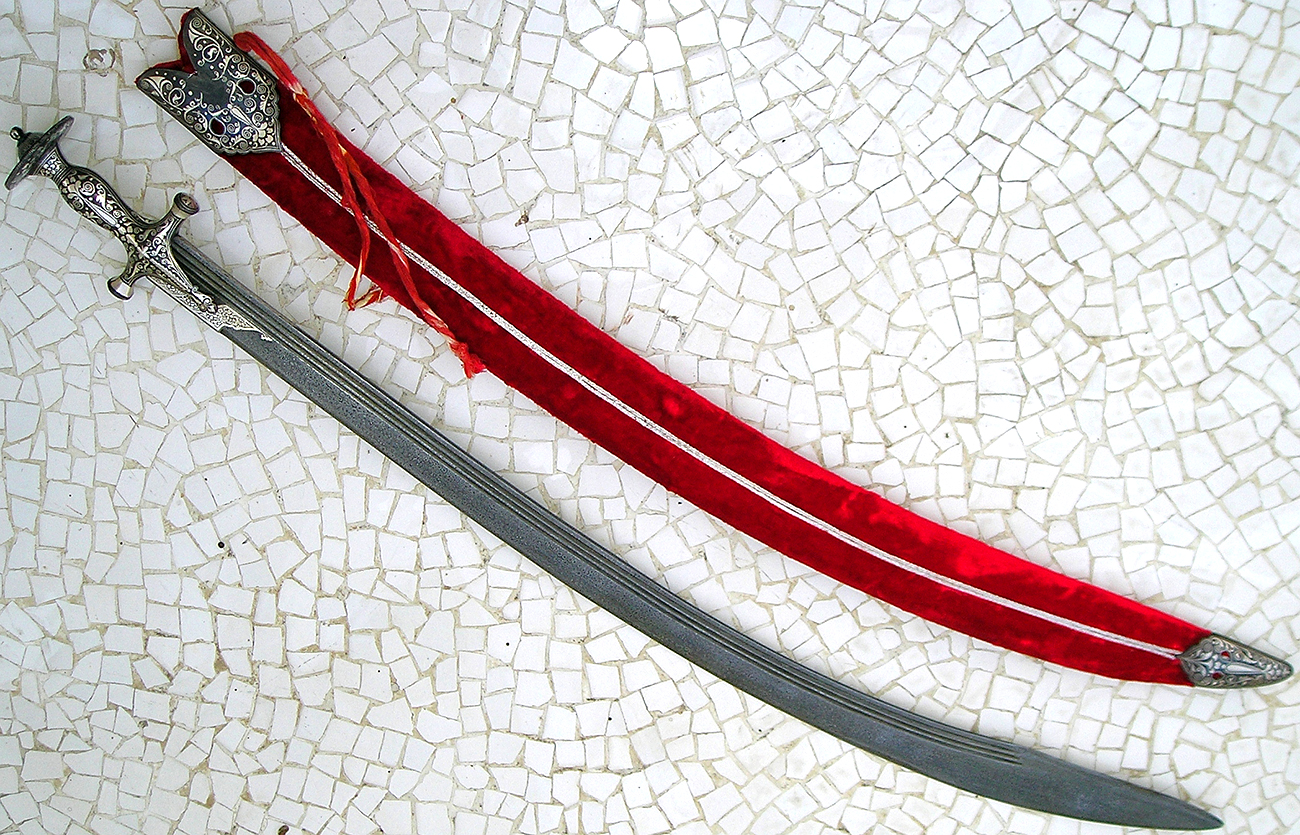 Beginning with its manufacturing process, the Damascus blade was an extraordinary tool. While its blade is solid due to a mixture of carbon that allows it to maintain an even level of solidity, its body has a distinct pattern due to differences in carbon distribution that enables it to be shock absorbing. That is why a writer once described the sword as “a shining wave in a breezy pond.”

Because of its strength and beauty, the Damascus blade was a weapon coveted by many. One person who especially wanted one of the valuable swords was Mutawakkil, a caliph of Abbasid who ruled the Islamic world from the 8th to 13th centuries. He had heard of its reputation from southern India where it was being produced at the time, and eventually succeeded in obtaining this legendary weapon, after various attempts and paying a huge sum of money – only to lead him to his death.

He assigned his adjutant Bagyr as a keeper of the sword, and it just so happened Mutawakkil’s subordinate was planning a revolt against his leader. Bagyr later murdered Mutawakkil with the Damascus blade, his most precious treasure – ending his quest for the sword in an ironic fate.

A weapon that defeated the Crusades 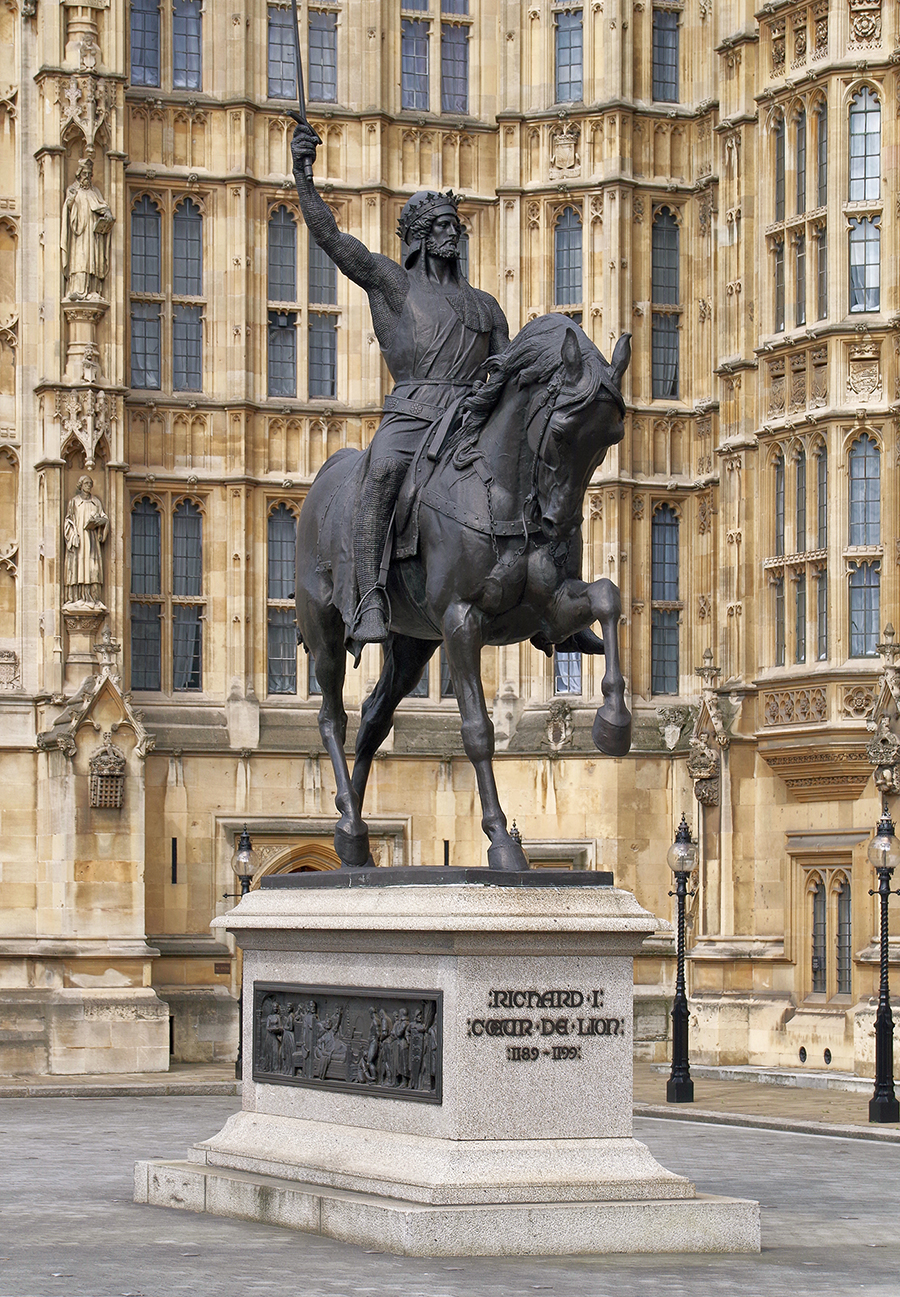 However, there is another reason why this particular sword is incredible; it is not only strong and sharp, but also light and slim. One may think that the sword featured in Saladin’s statue is undersized. It’s almost hard to believe that a hero who once ruled over the world was wielded such a small sword, but not everything that is bigger is necessarily better. Saladin’s army was much more advanced in battle because of their mobility, than the crusaders who used heavy swords.

There are some urban legends of the lithe and powerful blade that exist from its heyday. When King Richard I, who lead the Crusades, showed off his sword, Saladin responded by throwing a piece of silk over his Damascus blade, which apparently finely sliced through the cloth.

There were also rumors such as that the devil taught humans how to make the Damascus blade, and while one can only wonder how reliable this tale to be, it surely reaffirms the blade’s reputation as tremendous weapon.

The Crusades eventually ended in defeat, and from an Islamic perspective, the Damascus blade is considered to be what successfully prevented the invasion of Christianity.

Since then, the Damascus blade has fought in battlefields around the world. But around 250 years ago, the manufacturing technique faded from the generations of artisans, and since then, it has not been restored. Even though we develop other weapons of mass destruction using steel at this day and age, the craft of making the historically significant blade has evaporated into a memory.

Will there be another day in the future when we will be able to appreciate the Damascus blade’s legendary pattern of “a shining wave in a breezy pond” once again?

Written by Changhoon Kang, author of ‘Era of Steel’

The opinions expressed in this POSCO Report piece are the author’s own and do not necessarily reflect the views of POSCO.