From September 26 to November 26, the National Museum of Korea is holding a special exhibition called “Metal, Iron and Steel: The Cultural History of Iron” to shed light on the role and value of iron in human history.

It’s a common theme, and the images that pop into mind may be of early humans during the Iron Age.

But according to Professor Seohyung Kim of Inha University, the history of iron precedes the history of life, and so historians need to look back to the beginning of the universe to fully understand the way iron has shaped humankind and its environment. She gave a special lecture called “History of Iron: Universe, Life and Human,” as part of the exhibition on October 13. Professor Kim studies history from a Big History perspective, or a multi-disciplinary approach to the study of the past that combines science, geology, human history and more to get a better, bigger picture of the past, present and future.

So here’s a look back, way back, into history to see what iron has to do with the history of man.

Stars Exploded and then Iron Existed

Where did iron come from? The stars. To be exact, large, dying stars. In the beginning of the universe, there were only 2 elements in existence- helium and hydrogen. New elements are only created when protons and neutrons fuse together and this requires a lot of heat. 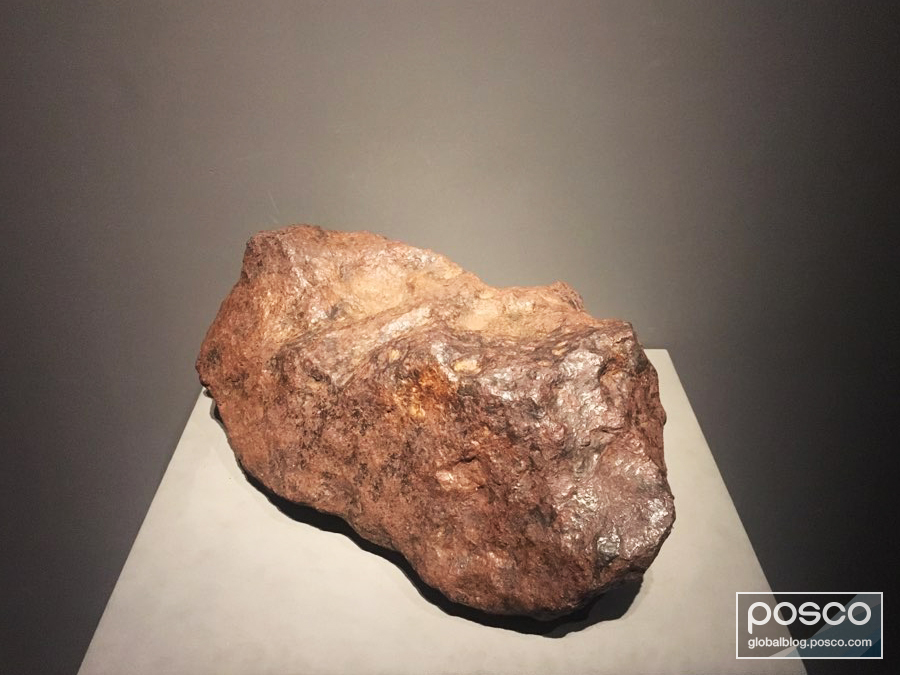 A piece of meteoric iron formed by the heating and collapsing of a star sits on display at the National Museum of Korea.

So, why is this important?

The variety of elements created by exploding stars are what planets are made of, including earth, and iron makes up 35 percent of the earth’s entire mass.

Humans and their Complex Brains

After the formation of the earth, simple life forms appeared, and then eventually primates and homo sapiens. Humans are the most powerful species on earth, largely due to their complex brains that allowed for the development of language and through it, collective learning.

What’s interesting is that around 2.5 million years ago, humans started eating meat rich in iron and calories. Before this change in diet, early humans spent most of their scarce energy on chewing and digesting large amounts of vegetation. With the introduction of meat, their brains got larger as it is a muscle that requires 20 times more energy than muscles in other parts of the body. When humans started cooking meat with fire around 500,000 years ago, they consumed even greater amounts of meat, meaning humans could meet their dietary iron needs, and put their larger brains to use for things like agriculture.

Collective learning led to some of the most critical developments is history, including agriculture, which developed after the end of the last ice age about 11,700 years ago, as human populations increased due to the fact that they were able to cook and consume meat. Further advancements in farming tools during the Iron Age led to an abundance of food and massive civilizations. 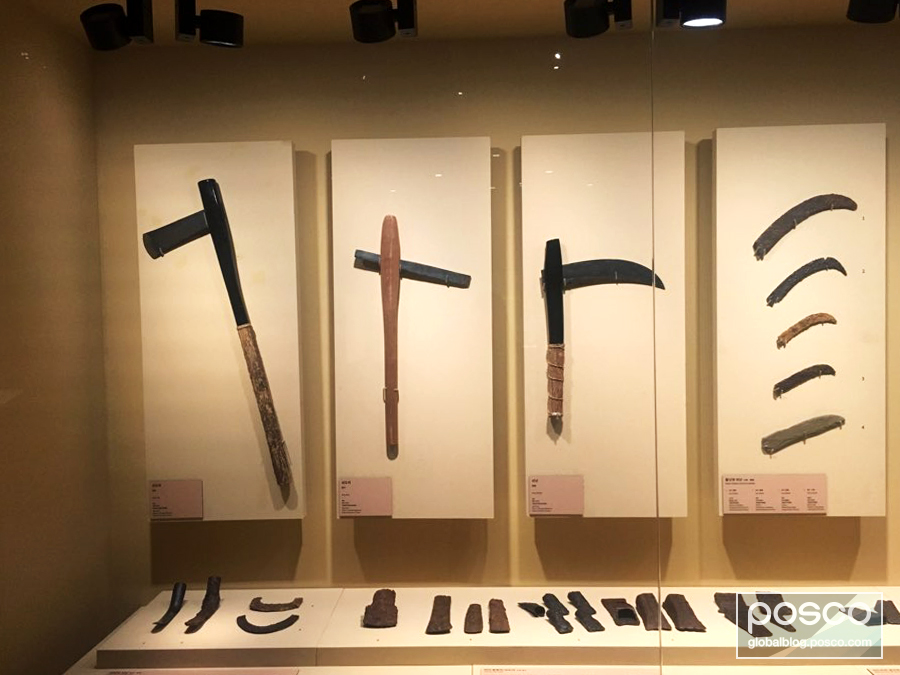 Some iron tools that made farming easier are on display at the National Museum of Korea.

Weapons Made Stronger with Iron

However, farming tools were not the only places where iron was applied. As communities developed around abundant agricultural centers, people decided they wanted more land, labor and power. So, cities waged war on one another with iron tools and armor that were fatally strong. 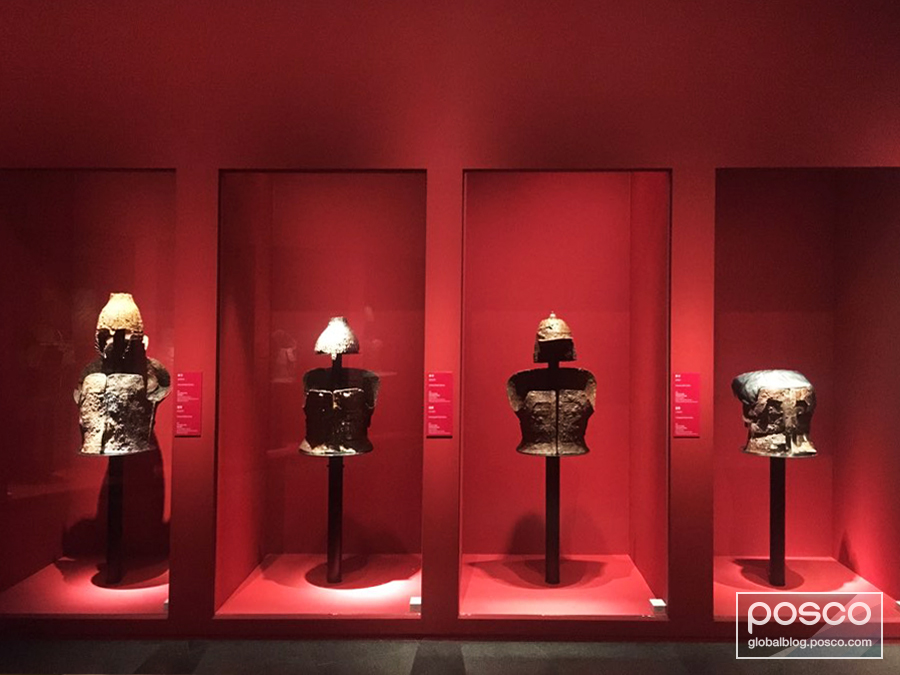 The Iron Age brought forth improvements in soldiers’ armor, and can be seen at the National Museum of Korea.

One vital invention in the evolution of weapons and tools alike was the wheel. The oldest artifact of the wheel is a potter’s wheel found in Mesopotamia and dates back to about 3500 BC. Then came the wooden wheel that were attached to chariots for effective warfare. Then finally, the Celtics applied iron rims on their chariots for added strength, durability and speed. Paired with iron swords and armor, wars became vastly efficient. 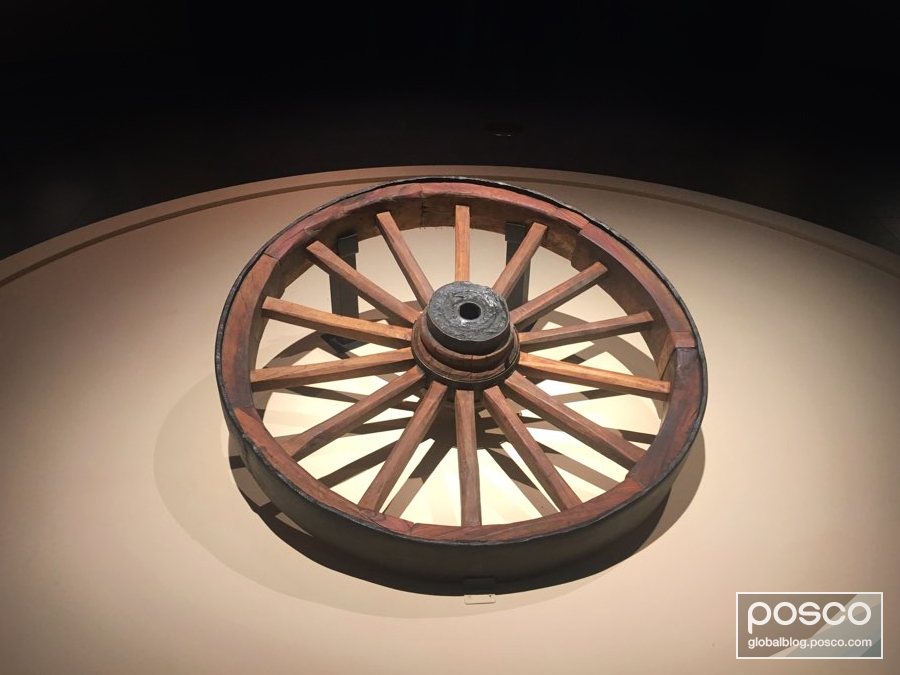 Iron wheels, like this one on display at the National Museum of Korea, enhanced existing wooden wheels.

After many years, the Chinese invented gunpowder triggering a new era of warfare. Iron was used to make rifles, cannons and other gunpowder machines to wipe out massive amounts of people at a time. 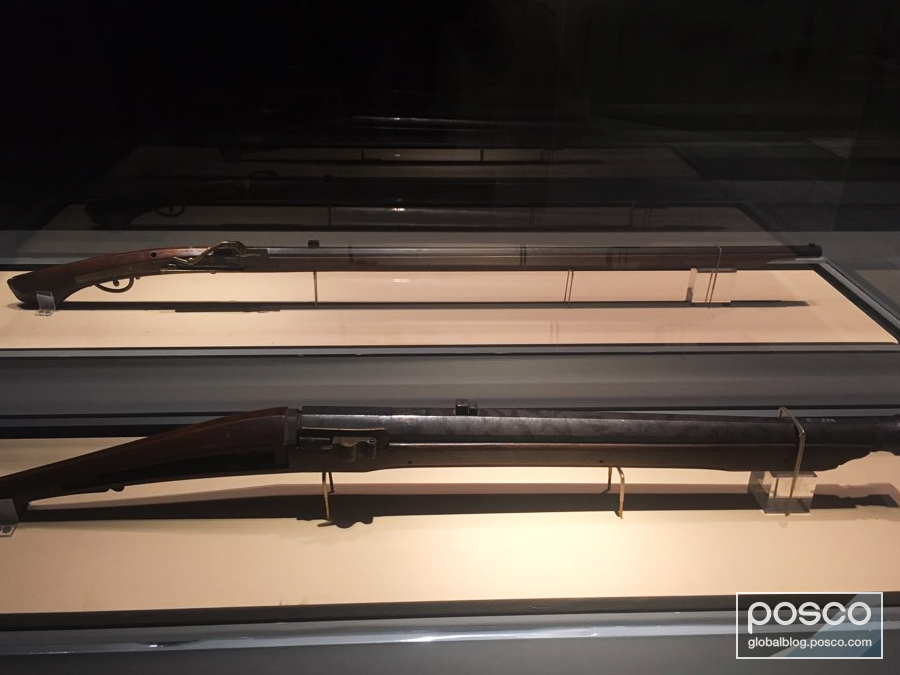 The invention of gunpowder led to new weapons such as these Iron rifles on display at the National Museum of Korea.

From Iron to Steel

After centuries of iron spearheading the development of new technologies and civilizations alike, a man named Henry Bessemer introduced a process to produce pure iron with a converter in 1856, known as the Bessemer Process. This invention would lead the way to the commercialization of steel and then eventually the industrial revolution near the end of the 18th century.

The steel industry was met with a rampant rise in steel demand during the second industrial revolution nearly a century later, with the introduction of electricity, gas and oil. Steel consumption continued to thrive into the third industrial revolution as it served the foundations for electronics, computers and automated production systems. As the world enters the fourth industrial revolution, steel will continue to be the bedrock of leading innovation and technology including electric vehicles, sustainable energy facilities and smart manufacturing factories. 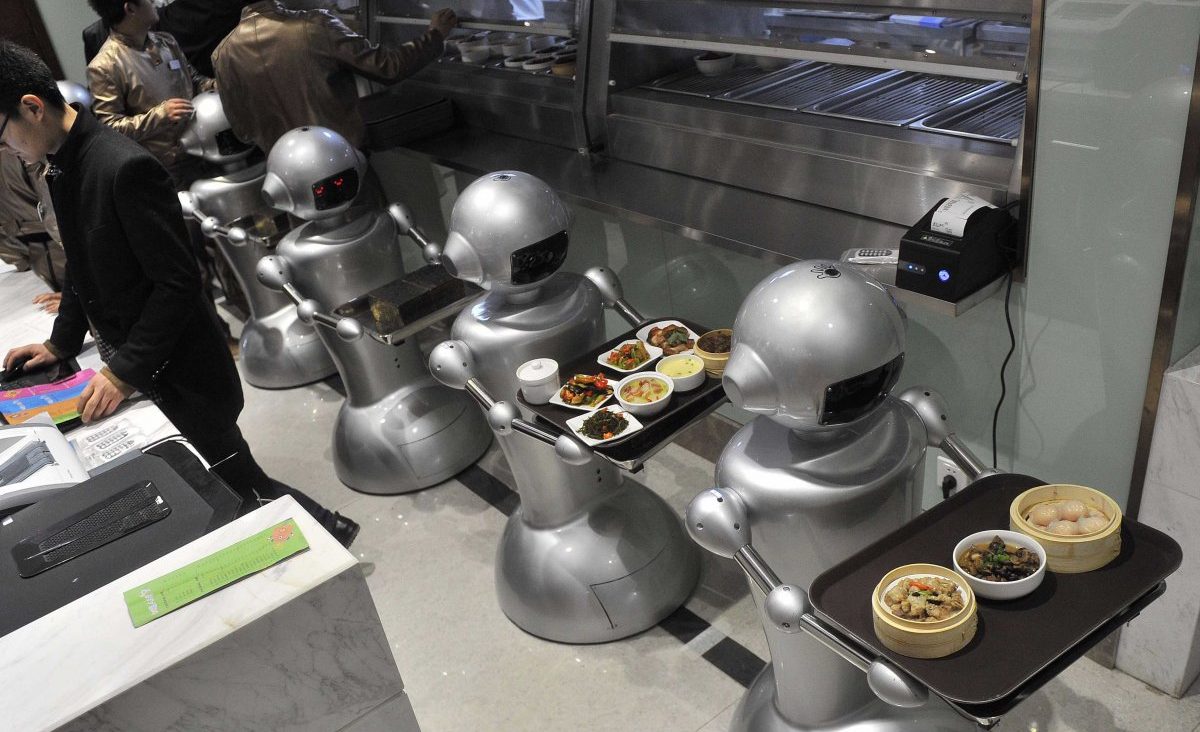 Automated robots are part of what workplaces will look like in the fourth industrial revolution. (Source: Business Insider)

Looking back on history, the role and value of iron and steel in human development is indisputable. And to think, it all started with the death of a star.