David Madero Showcases the Power of Steel in Welded Sculptures

Some might consider welding to be a laborious, dangerous job more so than a means of artistic expression.

But Mexican-American sculptor and furniture designer David Madero challenges this notion, using a torch as his paintbrush and an industrial-looking workshop as his studio to create dramatic, larger-than-life works of art.

Welding can trace its historic roots back to ancient times. The earliest examples come from the Bronze Age and include small gold circular boxes. During the Iron Age, the Egyptians and people in the eastern Mediterranean area learned to weld pieces of iron together, while later on in the Middle Ages, the art of blacksmithing was developed and many items of iron were welded by hammering. It wasn’t until the nineteenth century that welding, as we know it today, was invented. 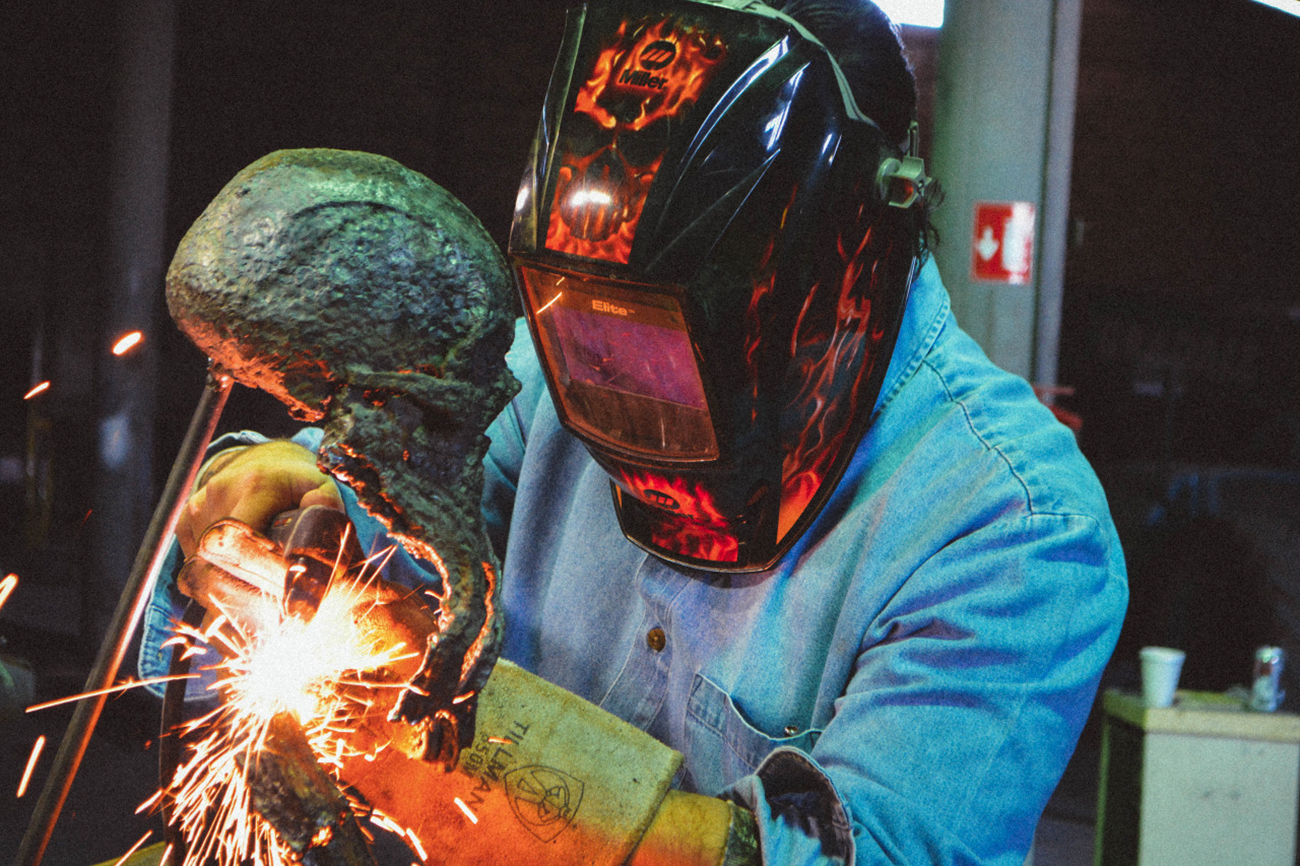 Madero reinterprets this bygone craft with his works, advancing welding to convey raw, artistic beauty. He converts gleaming pieces of steel into textured creations that range from the heroic to the grotesque. Spectacular, towering sculptures highlight themes of power and perseverance, as well as the strength of ordinary, working class men.

Yet, considering the sheer magnificence of his work, it might come as a surprise that Madero has never had any formal training in welding. Instead, he spent his childhood in his father’s workshop, surrounded by all sorts of welding equipment. As a result, using the tools became second nature to him.

In fact, much of his knowledge about welding was taught to him by his late father. Rogelio Madero, Madero told the American Welding Society in an interview, was a true pioneer of metal art who began using welding techniques for his artwork as early as the 1950s. 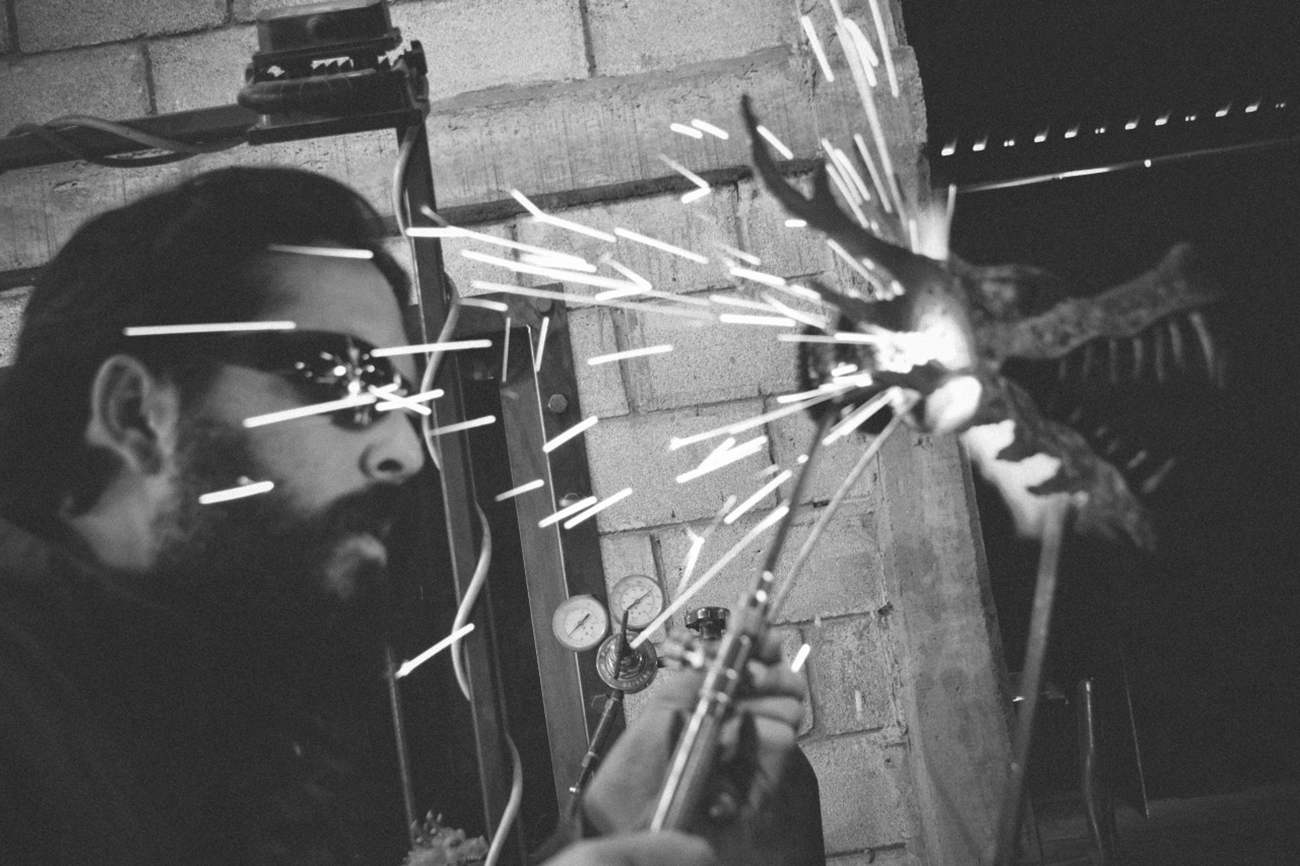 “He did truly amazing things with his trusty old oxyacetylene torch and beat-up MIG welder,” Madero noted. “I grew up trying to imitate him.”

From Function to Form

Drawing on inspiration from his father, Madero started his company, Madero / Co., in Torreón, Mexico in 2013. He began his career producing small sculptures, functional artwork, sculpted furniture and public art that he worked on by himself. As work requests started piling up, he hired a team of structural engineers, industrial designers and a sales and marketing team. Not before long, he became known as one of the foremost welding sculptors in the world.

Although Madero claims to have little technical experience, his use of artistic imagery is undeniable. Using a variety of processes and techniques such as oxyacetylene, stick, MIG, TIG, plasma cutting and a great amount of grinding and polishing, Madero and his team breathe life into spirited creatures, gestural figures and disputatious characters.

Each of his sculptures conveys an element of tension that creates a sense of palpable emotion. 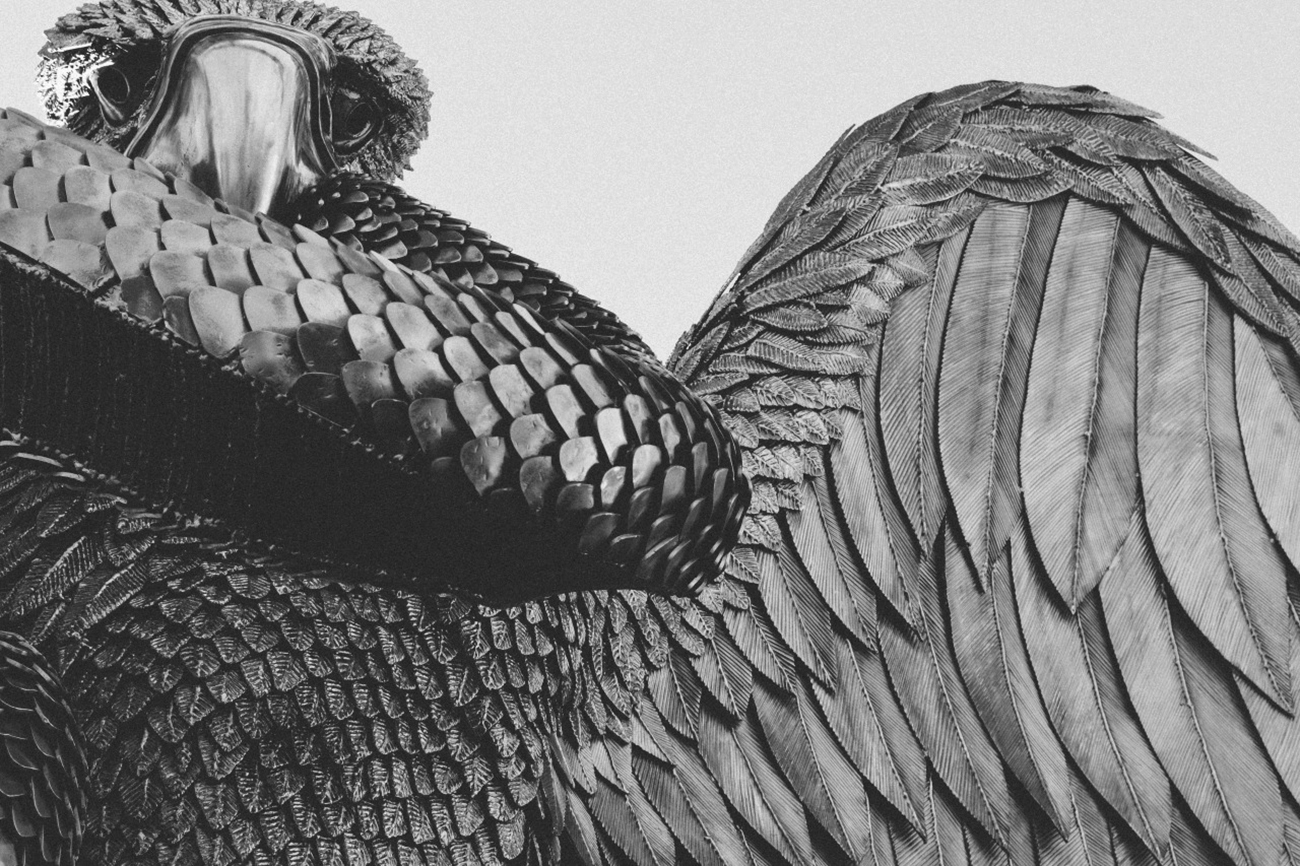 Take one of Madero’s most notable pieces—the Mexican coat of arms. The majestic metal fixture incorporates an intricate golden eagle perched on a spiky cactus. Inside the eagle’s mouth dangles a snake revealing its sharp fangs. The public sculpture, which was installed in front of Mexico City’s Los Pinos—the official residence of the President of Mexico—is a wonderful example of welded art at its finest.

Another notable work is “Serpentina”—a 500-foot long steel monument that snakes along a wall Albuquerque International Airport. The project, which he worked on with his father, took 12 months to complete.

Many of his works’ subjects—metalworkers—boast the same drive and determination as the artist himself.

In fact, Madero believes that welders are not only some of the most trustworthy and hardworking people around, but that they positively contribute to society through their work. He also believes that the future of art will be transformed by those that take up welding as a profession, as many of them have no preconceived notions about what art should be.

In addition to his passion for welded art, Madero is also enthusiastic about teaching his craft to others. He has given welded art workshops in all corners of the world, eager to pass on his knowledge to those who are interested in learning more about this highly skillful form of art.

For those that can’t make it all the way to Mexico to see Madero’s art, the artist regularly posts photos and videos on his website and Instagram feed. These images not only showcase his stunning finished works, but also the grueling process involved in creating them.