The World’s Most Interesting Blacksmiths

Blacksmithing is an ancient art that dates back to the Iron Age, when primitive man first began making tools from iron. Since then, there have been a select few blacksmiths who have particularly made their mark on the steel industry, and subsequently history itself. Take a look at some of the most interesting of the lot.

Masamune is widely recognized as Japan’s greatest swordsmith—so much so that he has reached an almost legendary status. He created swords and daggers in the Soshu tradition between the late 13th and early 14th centuries, according to most historians. His swords are reputed for their superior beauty and quality—remarkable in an era when sword-making steel was often impure.

A legend tells of a test where he was challenged by Muramasa, another great swordsmith and one of his supposed students, to see who could make a finer sword. When both swords were finished, they tested the results by suspending the blades in a small creek. Muramasa’s sword cut everything that passed its way, but Masamune’s cut only leaves.

As Muramasa taunted his master for his sword’s ineptness, an onlooking monk approached and explained what he had seen. “The first of the swords was by all accounts a fine sword; however it is a blood thirsty, evil blade, as it does not discriminate as to who or what it will cut,” he said. “The second was by far the finer of the two, as it does not needlessly cut that which is innocent and undeserving.”

An award for swordsmiths called the Masamune prize is awarded at the Japanese Sword Making Competition to a swordsmith who has created an exceptional masterpiece. 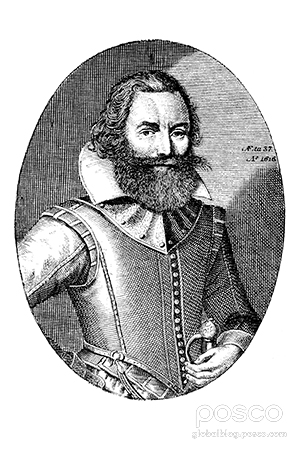 Also known as the “Father of the U.S. Steel Industry,” John Fritz was an American pioneer of iron and steel technology. Born in 1822, Fritz began his steel-centric career at the tender age of 16. He became an apprentice in the trades of blacksmith and machinist—the latter involving repairs of agricultural and manufacturing machinery, such as the simple blast furnaces of the time.

He then went on to work in a rolling-mill, where he was responsible for all machinery. He discovered flaws in design and construction, which he then corrected either by his own inventions or by those which he adopted and introduced.

Fritz was among the first to introduce the Bessemer process to the United States. He also proposed open-hearth furnaces, among other improvements, thus paving the way for the expansion of the steel industry. The John Fritz Medal, established on Fritz’s 80th birthday in 1902, is awarded annually by the American Association of Engineering Societies for scientific or industrial achievement in any field of pure or applied science.

Polish native Jan Liwacz was detained and arrested by the Nazis in 1939. After being kept in multiple prisons, he arrived at Auschwitz the following year. As a master blacksmith, he was assigned to a kommando, manufacturing the camp’s infrastructure elements such as gratings, handrails, banisters and chandeliers. Yet, he is perhaps most known for his work on the infamous wrought-iron sign spanning the entrance of the concentration camp. 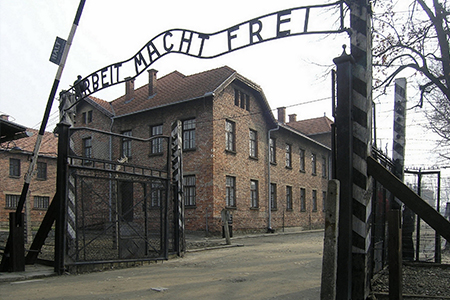 By Dnalor 01 (Own work) [CC BY-SA 3.0 at (http://creativecommons.org/licenses/by-sa/3.0/at/deed.en)], via Wikimedia Commons (image: https://upload.wikimedia.org/wikipedia/commons/5/58/Arbeit-macht-frei3.jpg )

Bearing the contemptuous phrase “Arbeit Macht Frei” (“Work Sets You Free”), the gate itself was constructed under German orders by Polish political prisoners in the metalworking detail under Liwacz. It is believed that, in an act of defiance which went unnoticed, the prisoners reversed the B in “Arbeit,” making it appear upside down.

In 1944, he was transferred to Mauthausen-Gusen concentration camp. After the liberation of the camp one year later, Liwacz trekked to Bystrzyca Kłodzka, Poland, where he started working at a local forge. He remained there as an artist blacksmith. After his retirement, he continued teaching artisan smithery in a local vocational school until he passed away in 1980.

As a young boy, UK-born Tony Swatton passed his days cutting gemstones, making knives and silversmithing. When he was 17, Swatton attended a renaissance fair where he observed another blacksmith making armor. Soon thereafter, he made copies of the blacksmith’s equipment and used them to make a helmet. Just a decade later, he had refined his skills enough to open his Sword and the Stone workshop in North Hollywood where he began selling products to the likes of Euro Disney and Michael Jackson. 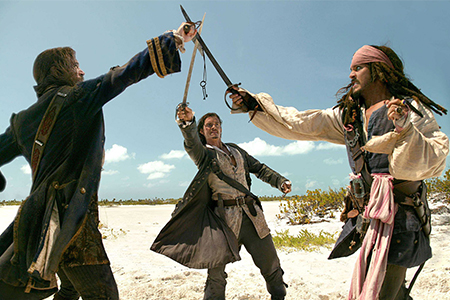 His work attracted the attention of film corporations, and in 1991, he was employed to do his first film work on Hook, making swords. He has since become the mastermind behind some of Hollywood’s most recognizable props, working on more than 200 films including The Hunger Games and Pirates of the Caribbean franchises, as well as TV shows such as Sleepy Hollow and Revolution.

At his Burbank workshop, Swatton forges everything from historically accurate swords, to knives, to suits of armor, and hosts his own web series, Man at Arms.

Despite its thousand year old history, blacksmithing remains just as important today as it did in its early years. There’s no doubt that blacksmiths will continue to play a vital role across numerous industries as time goes on.