With a view to implementing the company’s ‘Safety With POSCO’ principle, POSCO is committed to ensuring the prevention of accidents and safety hazards in the workplace. The smart safety helmet POSCO introduced earlier last year was one such measure.

“Based on the idea from the initial concept stage, we started building prototypes. Since safety helmets are mandatory at all production sites, we sought to promote extra efficiency in preventing worksite hazards by adding smart functions.

To create the current wearable version, the R & D team went through countless trial and error. During the prototype stage, there were only design concepts in which POSCO employees’ contribution was central. Designing –and building– various safety-related IoT sensors in short timespan proved to be challenging.

“Applying ‘All-In-One’ method on a single band added too much weight to the helmet. We also tried connecting a cable to a smartphone to operate sensors while communicating with the server. But the employees’ feedback was that the helmets were heavy and the wires impeded with their performance. It took a lot of time and effort until the current wireless version was produced.” 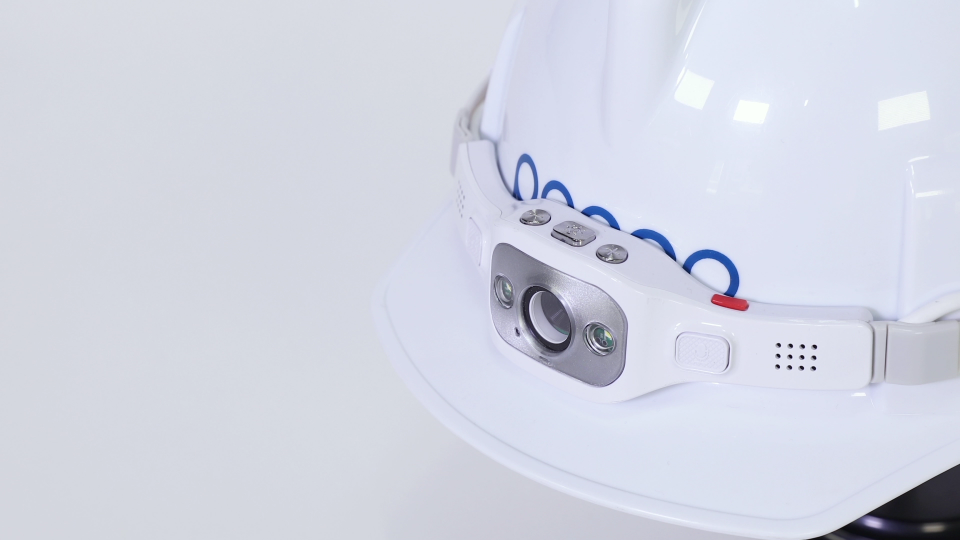 On the front side, a camera is attached to the smart band allowing full visibility from the control room for all corners of the production sites. The LED lantern attached around the camera enables image recording in darkness. The recorded images can be played back on smartphones, control rooms, and offices.

“Throughout the development process – from the initial ideation stage to the current wireless device via wired-version – we actively sought feedback from the employees in the field. We held evaluation sessions with mock-ups and discussed design and functions in detail. After months of relentless testing, we focused on making the helmet lightweight and wireless. During the process, we only left the most essential functions: the current features including emergency trigger, voice call, CO detectors, etc.”

The CO and O2 detector attached to the rear of the helmet measures harmful gas and oxygen concentration level – and SOS button can be activated in case of emergency.

┃A Helmet That Looks to the Future

With the support from Yangso Safety Disaster Prevention Group, 50 units of smart safety helmets had been deployed to Pohang Works and Gwangyang Works respectively. The current wireless headsets will be tested early next year from which point future development directions will be discussed.

The helmet detects harmful gas even in situations where a portable gas detector isn’t mandatory, and it can help evaluate on-site situations as it enables video calls between the field and the control room during the inspection. In this way, POSCO plans to regularly monitor the VoC (Voice of Customer) in order to constantly optimize the device by discovering actual cases from the field.

In the era of Fourth Industrial Revolution, POSCO is in the process of completing Smart Factory. For the past three years, the company has devoted more than 1 billion KRW (approx. $ 899.7 million) to safety, recruited safety and health experts, newly established departments dedicated to safety, and upgraded safety equipment to prevent major disasters. As a company that prioritizes corporate citizenship, safety is and always will be POSCO’s foundational principle as it steps forward into the Fourth Revolution and beyond.