The Landmarks of Haeundae, Old and New

Haeundae Beach, a picturesque stretch of white sand in eastern Busan, is vital to the southern coastal city in that it operates as one of the biggest tourist destinations in Korea. Each summer, millions flock to the beach to soak up the sun, feast on succulent seafood and partake in a number of festivals and watersports.

The district’s landscape has undoubtedly changed over the years, but is more vibrant and dynamic than ever before, boasting a slew of natural, historical and contemporary tourist destinations.

Perhaps one of Haeundae’s most cherished landmarks is Dongbaek Island, which is actually now an extension of the mainland. Shrouded in dongbaek trees and evergreens, the small, lush island is an ideal place to be in the midst of Mother Nature herself. 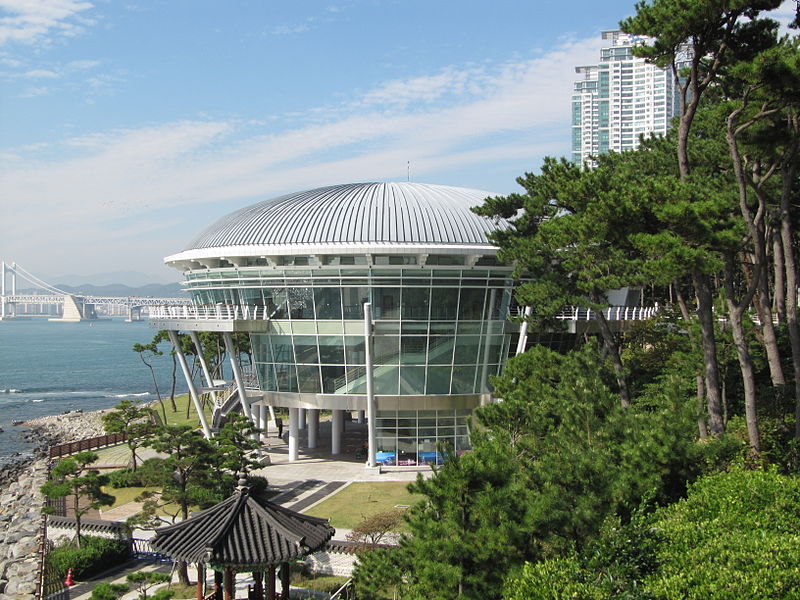 Situated on the tip of Dongbaek Island is the Nurimaru APEC House, which was constructed in preparation for the 17th APEC summit in 2005 and has since become representative of Busan. The building’s roof was designed to complement the curves of the island on which it sits, and it offers impressive views of the district’s coastline.

On the opposite end of Haeundae lies Haedong Yonggungsa Temple, which was first built in 1376. This Buddhist temple is not only serene, but is extremely unique in that unlike most Korean temples, which are located in the mountains, it is set on a cliff overlooking the ocean. In addition to Buddha’s Birthday, when the temple is canopied in colorful lanterns, crowds flock here on New Year’s Day to watch the first sunrise of the year.

Another favorite Haeundae hotspot is the Sea Life Busan Aquarium, which is home to about 250 species and 35,000 marine animals. Children and adults of all ages enjoy the regularly scheduled activities and shows, and visitors can even have the chance to scuba dive with sharks in the main tank.

While these are the area’s most recognized destinations, another addition to Haeundae’s sandy shore is in the works and it promises to emerge as a representative landmark, contributing greatly to the area’s tourism industry.

On April 17, POSCO E&C (CEO Tae-Hyun Hwang) signed a construction contract for a “Haeundae tourist resort city development project” with LCT PFV, the lead developer of the project, which will include a 101-story tower and two 85-story residential buildings, at an expected total cost of 2.7 trillion won. 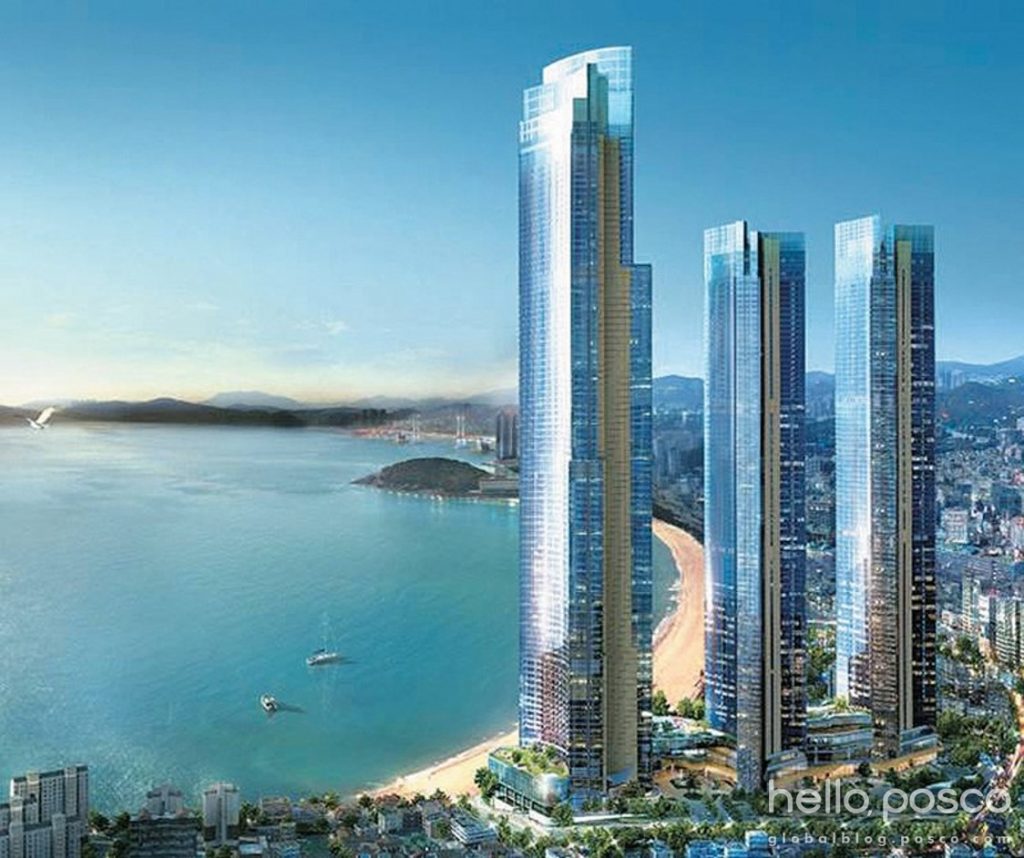 The Landmark Tower Residence Hotel will consist of 561 standard units and 260 luxury units, and the two residential towers will accommodate 882 households. The complex will also be a one-stop-shop for all things lifestyle, complete with facilities for leisure, recreation, shopping and business.

POSCO E&C has been selected as the contractor for this project because of its brand value, construction capabilities and straightforward financing. Furthermore, POSCO E&C has a record of completing a number of large urban development projects, such as the Northeast Asia Trade Center in Songdo International City.

CEO Tae-hyun Hwang noted, “Through this project, POSCO E&C will prove its technical skills and construction abilities by perfectly constructing the complex, a future landmark of Busan. Also, we will use this as an opportunity to contribute to the development of the domestic construction business.”

So, the next time you’re in Haeundae enjoying all the wonderful things it has to offer, be sure not to miss any of its iconic destinations and catch a glimpse of the construction project that will most certainly be the city’s next representative landmark.