[STEEL Talk] How Does the Tower Crane Become Taller?

A tower crane sure looks like a giant standing tall like a commander at a construction site. In fact, tall buildings can not be constructed if it wasn’t for the tower cranes. Before finding out more about tower cranes, let’s first look into an ancient construction method.

The pyramids in Giza, northern Egypt, are considered one of the 7 Wonders of the World! They are said to be built about 2,500 years ago by ancient Egyptians who piled up 2.3 million blocks totaling over 2.5 tons. The completed pyramid was gigantic — 147m high, 230m wide, and 230m long.

No one knows exactly how the Egyptians transported the stone blocks, but many scholars presume that they created slopes on the sides of the pyramid and moved the stones using a wooden roll.

They say that it took about 20 years to build a single pyramid, so when calculated, it could be said that more than 13 blocks — which weigh more than 2.5 tons — were stacked per hour, day and night. No wonder some say that the pyramids were built by aliens.

l A Tower Crane Is A Game Changer?

What if there were tower cranes of today when building the pyramids of Giza? Since a tower crane can lift construction materials amounting to dozens of tons at a speed of more than 50 to 80m per minute, it would have taken less than two to three years to complete a pyramid.

The invention of the crane goes back to 6c B.C, Greece. When the ancient Greeks built structures like the Parthenon, they needed to lift heavy marbles, and they did so by attaching sheaves to long wooden posts. In Korea, the first crane to be recorded was “Geojunggi,” and it was invented by Yak-Yong Jeong in 1794. Geojunggi was applied in the construction of Suwon Castle. 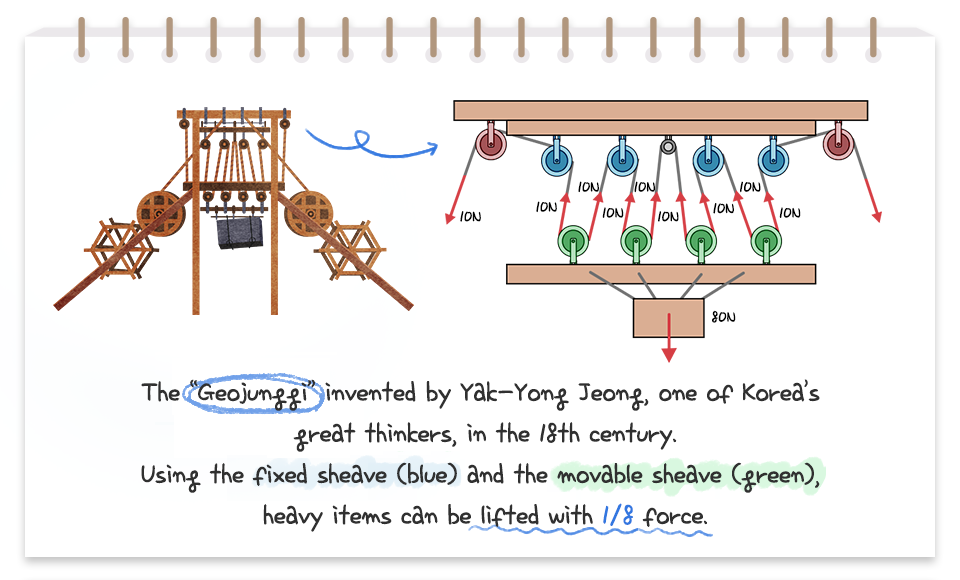 With technology development in structural mechanics, modern buildings are becoming taller and bigger. Therefore, lifting heavy materials higher has become necessary, and the construction machinery suitable for this is the tower crane.

As the name suggests, a steel-made tower crane refers to a crane that is as tall as a tower. With this machinery, it becomes possible to transport heavy loads of more than 3 tons in any direction — up and down, left and right. Thus, enabling the beautiful skylines and landmarks of downtown areas.

HSA650*, POSCO’s premium high-strength steel for construction, was applied to the Lotte World Tower, Dongdaegu Bus Transfer Center, and Incheon International Airport Terminal 2. These places have another thing in common — they utilized tower cranes in lifting the pillars and columns crafted with HSA650.
*HSA650(High Strength Steel for Architecture) : Steel for structural construction with high yield strength of 650Mpa-class and seismic performance.

l What Are the Scientific Principles Behind Tower Cranes? 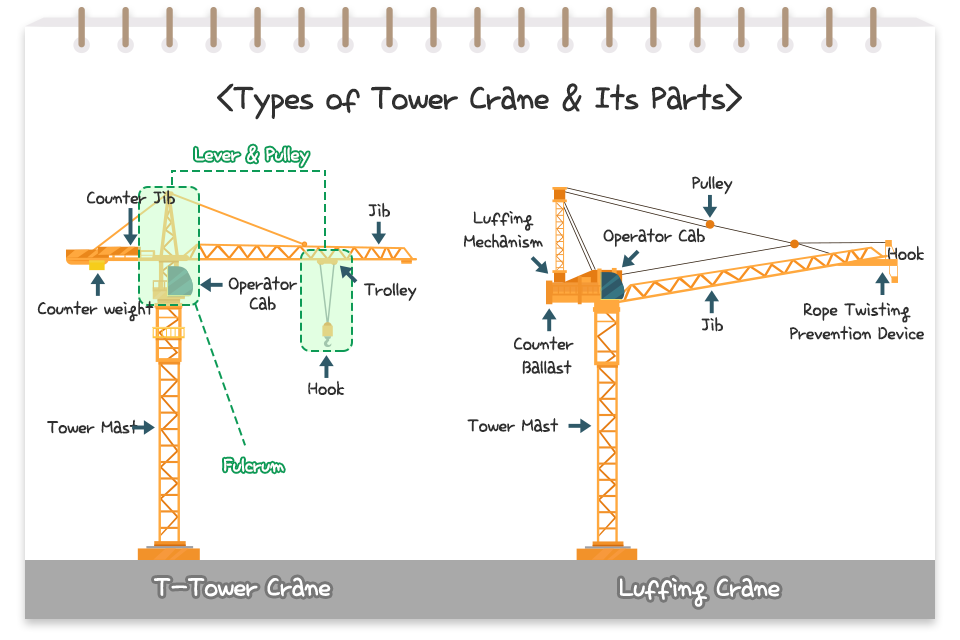 The principle of how the tower crane works is a combination of the sheaves in the Geojunggi and Archimedes’ principle of the lever. With four movable sheaves equipped on the trolley pulley and a hook to transport the load, the tower crane can lift eight times more than its original power source. And with the operator cab serving as a support point, a counter weight made with concrete is suspended on a counter jib, a horizontal arm at the rear, to balance the weight with the front jib.

The principle of the lever shows that heavier objects can be lifted by moving the trolley pulley to a point closer to the fulcrum. In fact, even on construction sites, heavy weights are moved as close to the fulcrum as possible. 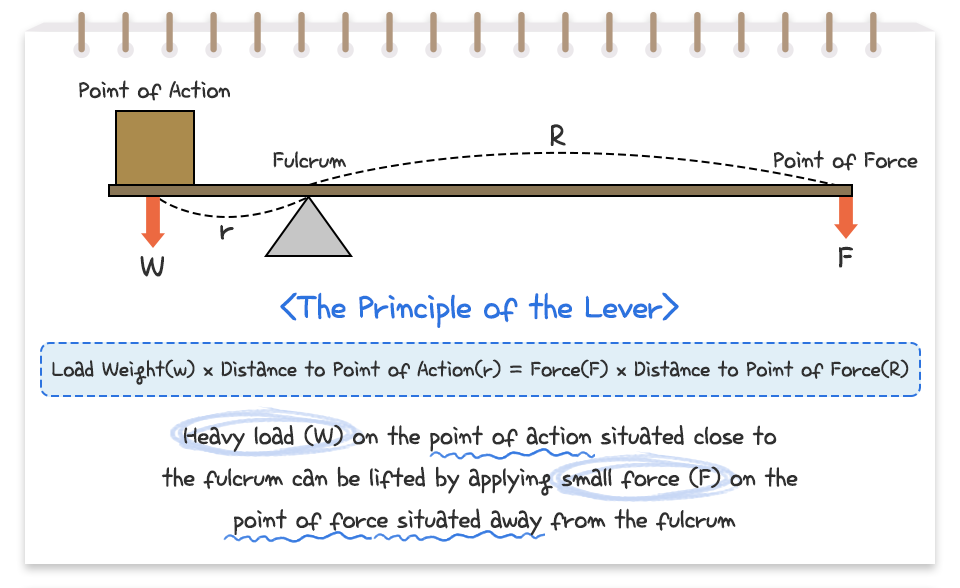 l How Does the Tower Crane Become Taller?

You’ve probably seen tower cranes bustling at construction sites. And one day, you might have noticed that the tower crane was somehow becoming taller. How did this happen?

Right under the tower crane’s operator cab is a “Telescopic Cage” that provides working space for telescoping* and supports the top of the crane with hydraulic cylinders and guide rails.

*Telescoping: A method of “inserting in” a new mast on the stable base of the tower crane.

Tower cranes whose foundation is fixed with reinforced concrete can be raised up to 150m or more by installing steel bracing at regular intervals on each floor of the building.