The Amazon—Earth’s largest rainforest—is an ecosystem that is home to around 10 percent of the world’s known biodiversity, as well as more than 350 billion trees. Often described as “the lungs of the planet,” it produces half of the world’s atmospheric oxygen and evaporates vast amounts of water into the atmosphere. As a result, the South American biome has an enormous impact on the global climate.

However, the Amazon is under constant human threat as deforestation continues to increase with the expansion of industry and agriculture, as well as the growing number of natural disasters, including the drought that plagued San Paulo last year. But one team of scientists and researchers is going to great lengths (and heights) to better understand climate change and the effect it is having on our world.

To better comprehend the key roles the Amazon plays on a local, regional and global scale, a German-Brazilian joint project was initiated in 2008. It was coordinated by the Max Planck Institute, the Brazilian National Institute of Amazonian Research and Instituto Nacional de Pesquisas da Amazônia (INPA).

The central objective of the project was to build the Amazonian Tall Tower Observatory (ATTO), a scientific research tower, in the heart of Brazil’s Amazonian rainforest, hundreds of kilometers away from the closest city—and subsequently any anthropogenic influence.

Now the tallest structure in South America, the mast aims to collect data from a 700-kilometer radius for four kinds of research, including chemical changes in the atmosphere, the formation of clouds, the types and quality of pollen and the effect of global warming on photosynthesis by plants. By monitoring such changes, researchers are hoping to see how climate change is contributing to extreme weather events over the next 30 years.

But constructing a giant tower in the middle of the isolated and often unforgiving Amazon was no easy feat.

It was essential that the material selected for the tower’s construction would be able to withstand the tropical conditions of the rainforest. Steel’s strength, combined with its unique versatility and lightweight properties, best met engineers’ requirements for the structure.

The steel structure of the ATTO tower was transported 4,000 kilometers by road and river from a steel plant in southern Brazil, and up a dirt track into the depths of the forest. This track, which was created specifically for the project, allowed for the successful transport of some 15,000 tower components to the construction site.

At the site, each of the various tower elements had to be lifted and assembled using 24,000 screws and bolts, while 26 kilometers of steel cable was needed to safely anchor the tower to the rainforest ground. Overall, the ATTO required the manpower of 30 workers and took about four months to complete.

Getting to the top of the 108-story-high structure takes an hour and a half; scaling it requires scientists and workers to lock carabiners onto a steel cable which runs continuously along the stairs of the superstructure like a handrail. At platforms on the way up, researchers can access the measurement equipment that collects data.

The tower was officially inaugurated last August and in the coming months, it will be equipped with additional instruments before the actual measurements will start by the end of this year.

Better Understanding for a Brighter Future 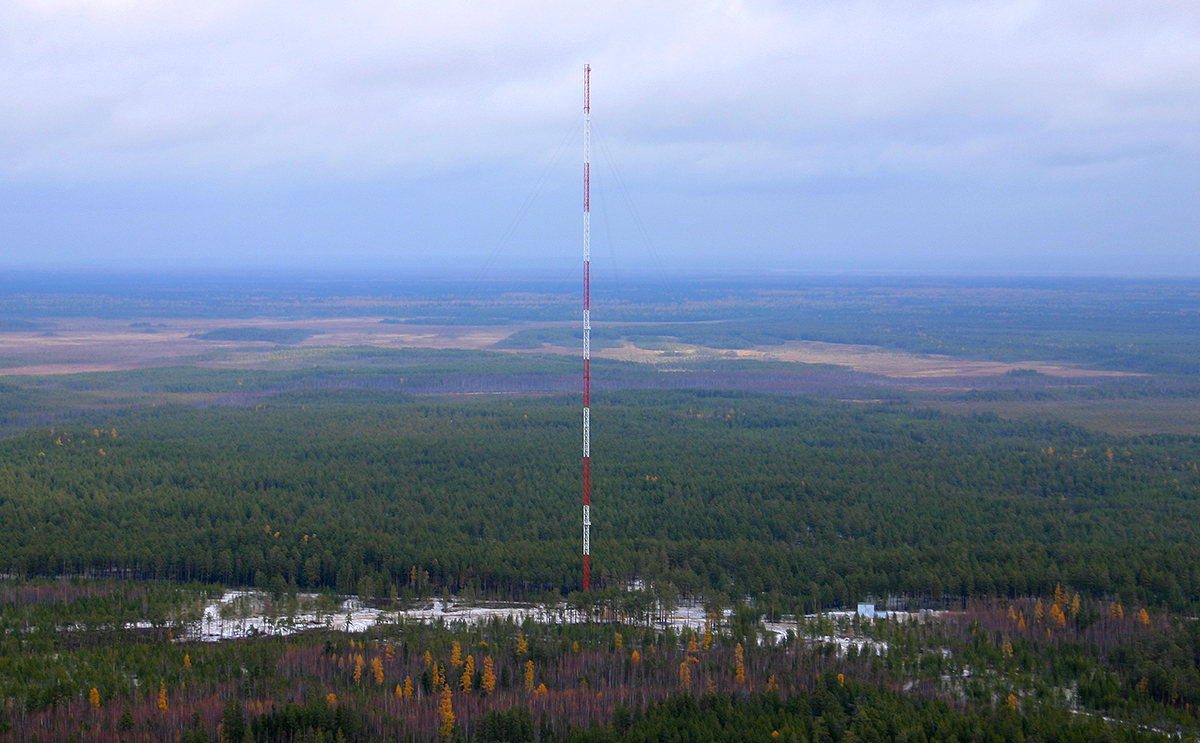 The ATTO complements the Zotino Tall Tower Observation Facility (ZOTTO) in Siberia, Russia, which was also built in partnership with the Max Planck Institute in 2006. The cable-stayed steel truss mast that boasts inlet pipes made of stainless steel has been used for greenhouse gas and aerosol monitoring.

It’s the hope of scientists that steel towers like ATTO and ZOTTO will provide a clearer understanding of the role played by various ecosystems most crucially in the context of climate change. This, in turn, could transform the remote, untouched corners of the world into areas of global importance unlike ever before.