Steel on the Movie Set

When movie-goers head to the cinema, they are expecting to be transported into a different world full of thrills, drama, excitement, or comedy. What they see on screen are elaborate sets, costume designs, beautiful cinematography and hopefully some strong acting. It is what they don’t see, or don’t realize they are seeing, that makes the magic of movie-making so incredible.

To make a decent film, directors and producers must use the best techniques to procure a sense of authenticity that can convince an audience that what they are watching is realistic.

Set designs, camera and lighting equipment, and other heavy machinery are needed to achieve this effect. Camera equipment makers, set builders and gaffers rely on one particular metal day in and day out for the durability needed in getting the perfect shot – steel.

Acting and directing can only take a film so far, so the rest of the way needs to be paved by the setting and the environment. Often, filmmakers must build their sets to accurately represent the story’s true environment, with some set designs requiring much of the film’s total budget to construct. 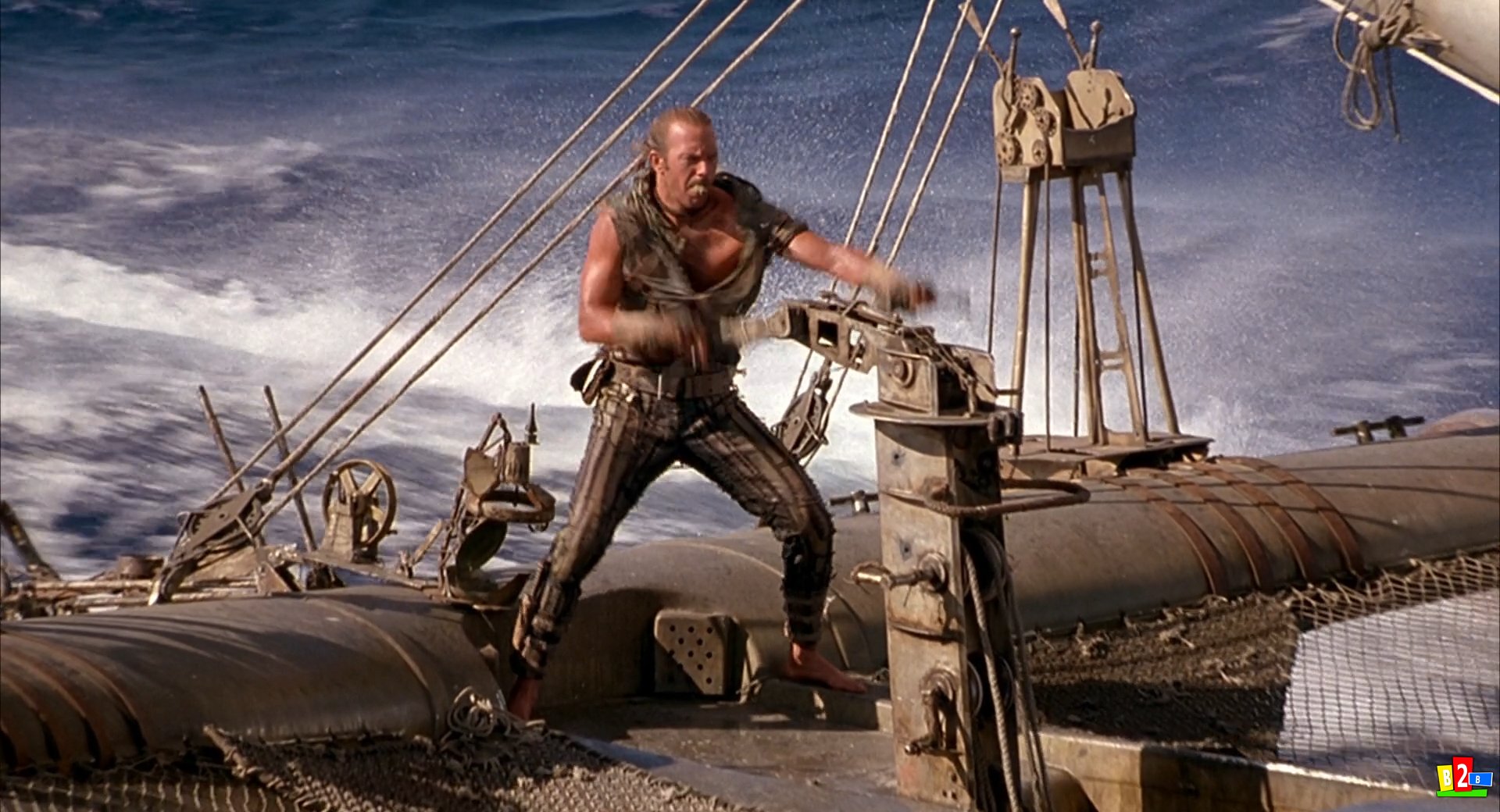 The 1995 action movie, Waterworld, led by Kevin Costner, had one of the most famous movie sets ever constructed. The movie’s biggest expense did not come from paying the actors’ high salaries, but from having to build a giant atoll off the coast of Hawaii for the movie’s setting. With a circumference of a quarter mile, the set demanded so much material to build that it created a steel shortage in Hawaii, with the remainder of the steel shipped in from California. The total cost to develop Waterworld’s set skyrocketed into the tens of millions of dollars. 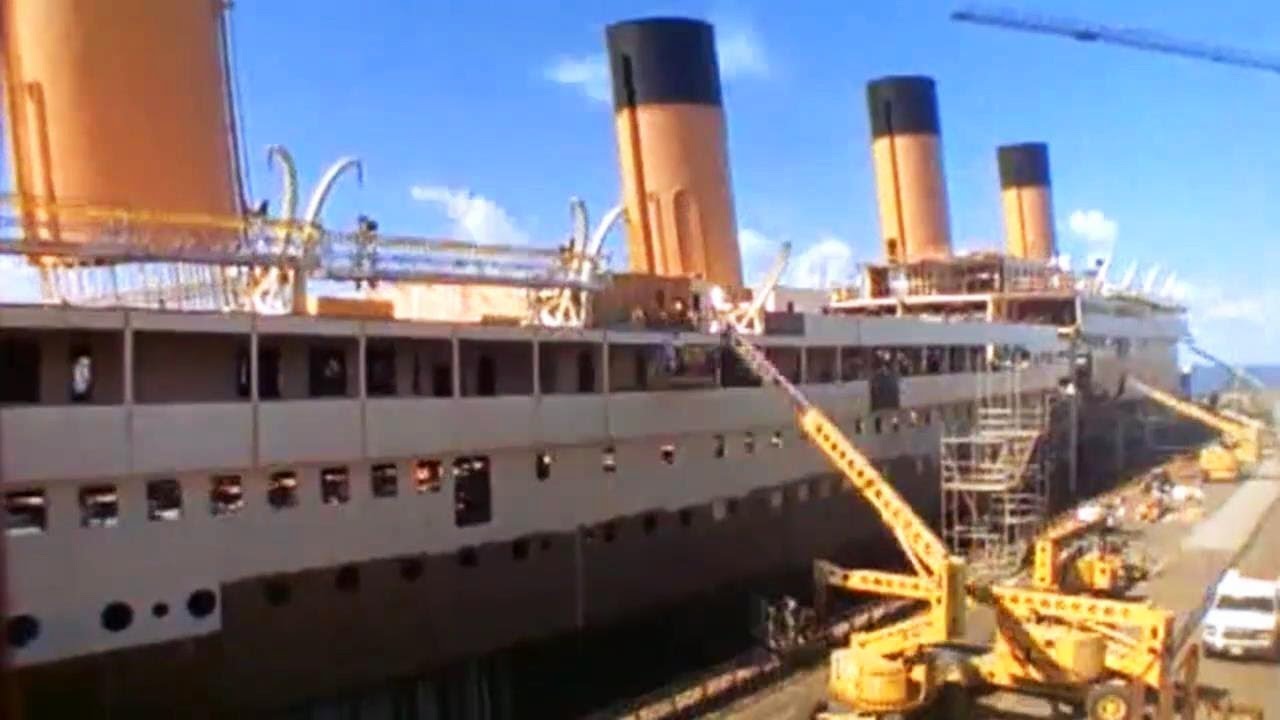 James Cameron’s epic, Titanic, is another prime example of a movie set that was built to mimic reality as closely as possible. A 90% to-scale replica of the actual Titanic was assembled in Rosarito Beach, Mexico, using a steel frame and plywood shell. In addition to the massive Titanic rebuild, the movie also called for 2 enormous tanks that held 20 million gallons of water, and several steel cranes were needed for capturing overhead shots.

Stepping back in time, the 2013 World War II epic, Stalingrad, mesmerized audiences and critics alike with its ultra-realistic settings that perfectly depicted the once war-torn city. Almost a sixth of the movie’s budget, amounting to around five million dollars, was needed to build the buildings, destroy them and to purchase the steel tanks and planes that were scattered across the set.

Stunt rigging, including ratchets, air rams, traveling rigs, camera tracking rigs, descenders and other types of rigging are made from steel to ensure durability while filming and the safety of the actor or stuntman. Stunt rigs are used to drop, crash, fly and pull actors in and out of the lens, creating an exciting action sequence.

Camera dolly systems that look much like train tracks running through sets, are used to run camera operators alongside moving actors, or for capturing a moving shot. Camera tracks provide fluidity and stability to a camera, making for beautiful imagery. Dolly tracks made for larger production cameras depend on steel tracks and straighter paths for heavy use.

With new technology, computer graphics and camera capabilities, audiences and critics are both demanding and expecting movies to be more elaborate – especially when spending ten dollars on a ticket. 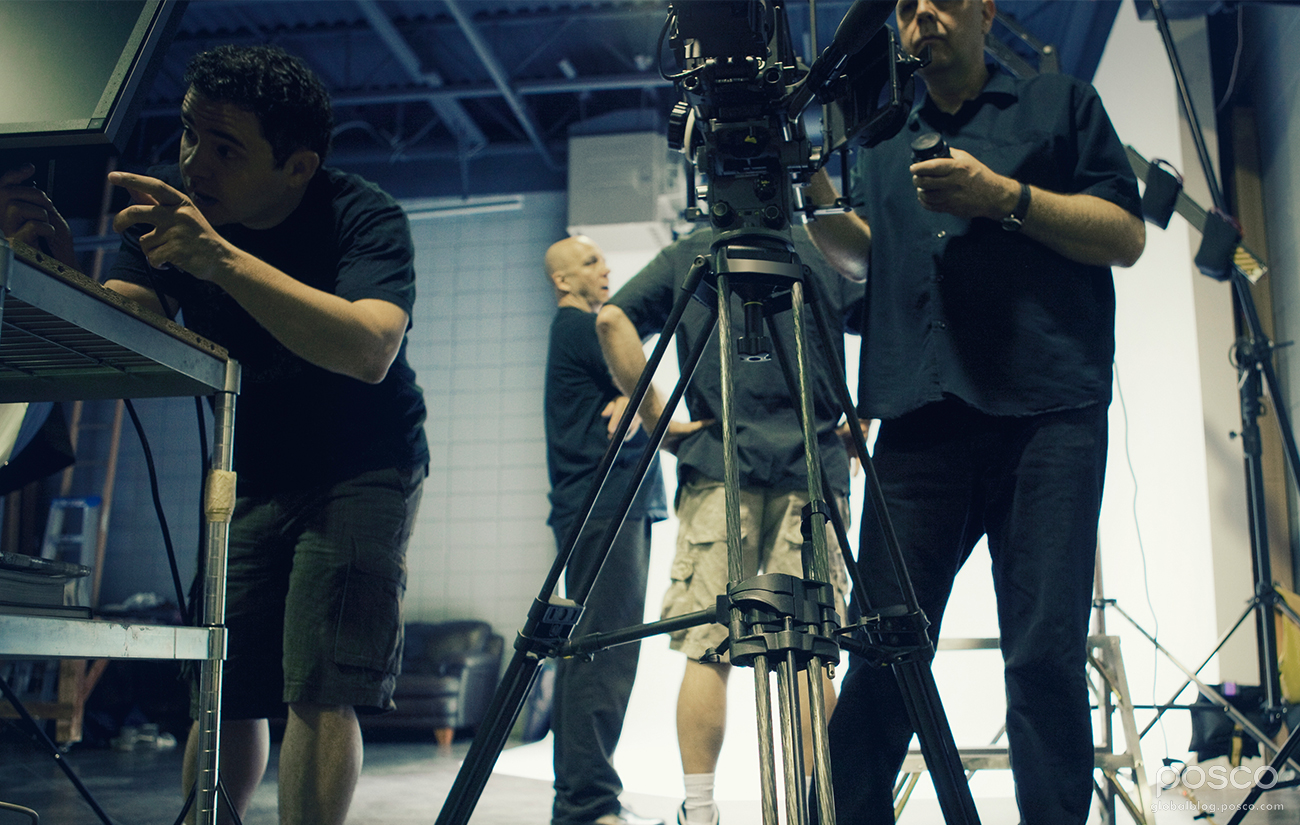 Magnificent set designs and construction, extensive camera reach and the perfect lighting will all continue to rely on steel as cinema’s material-of-choice. Steel allows set designs to create not only movie sets, but environments that capture the imaginations of viewers. It also enables camera operators to mount their cameras on durable rigs and to film scenes smoothly.

The next time you are watching a movie, consider the amount of work and steel it took to entertain you for those engaging 2 hours.