In Egypt, stainless steel, the product of 20th-century modernity, is protecting ancient scriptures – for the future generations. At St. Catherine’s monastery, the UNESCO World Heritage Site, the sleek, clean and chic  material is safeguarding priceless artifacts from more than 17 centuries ago, the worldsteel reveals.

Situated on the sun-baked slopes of Mount Sinai is the ancient UNESCO World Heritage Site of St. Catherine’s, the oldest continuously working monastery in the world.

With a history stretching back more than 17 centuries, the Greek Orthodox monastery has been able to endure, untroubled by physical attack, under the constant and careful watch of its monks.

This has left both its historic buildings and precious relics completely intact, making the institution’s library a treasure trove of irreplaceable texts, with a collection of early codices and manuscripts second only in size to the Vatican’s. 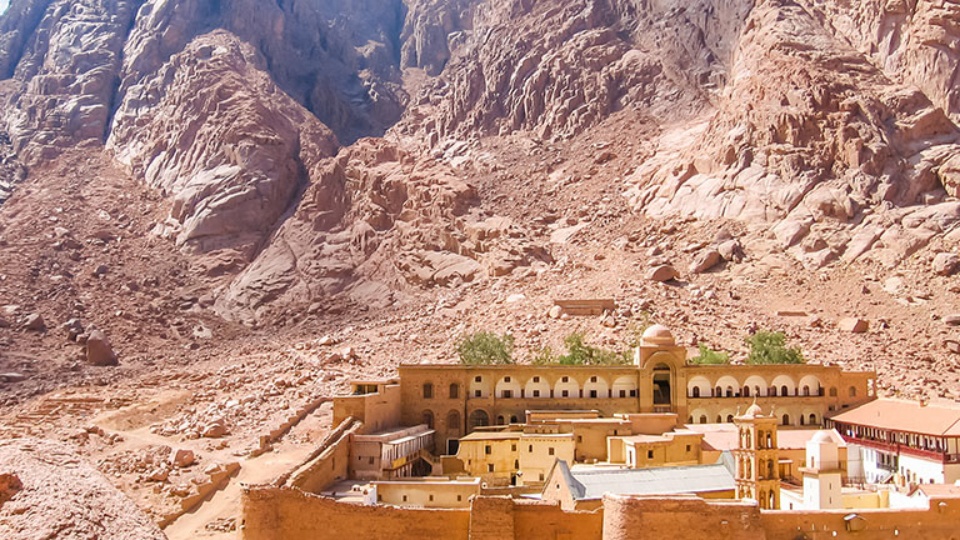 ▲ St. Catherine’s is also known as the Sacred Monastery of the God-Trodden Mount Sinai

With such a vital store of ancient and delicate manuscripts, artworks and architectural structures, a UK-based, non-profit organisation the Saint Catherine Foundation – which has Prince Charles as its patron – was formed to preserve the monastery.

Working in partnership with the Ligatus Research Centre at London’s University of the Arts, the Foundation commissioned a set of steel boxes for storing and transporting rare and precious documents from the ancient library.

Part of a huge conservation project to protect the manuscripts for future generations, these ground-breaking stainless steel cases vastly improve the documents’ longevity and safety during transport and storage.

“These cases are not an inexpensive option, but it is fully justified by each and every item they contain being part of an invaluable collection.” Chair of the Foundation’s Board of Trustees Dimitri Dondos explains that the decision to make these manuscript cases from stainless steel was based on the material’s “inert, non-corrosive properties which are free of acidic emissions.”

“These cases offer superb mechanical protection in the event of impact, if they are dropped, or if they undergo physical stresses during transportation. They also have indefinite endurance.

“These cases are not an inexpensive option, but it is fully justified by each and every item they contain being part of an invaluable collection,” adds Dimitri.

The cases also make use of an “oxygen starvation” system, which, in conjunction with the cases’ physical resistance, provides crucial protection from potential fire damage.

The case design was put together by the Ligatus Research Centre, with Professor Nicholas Pickwoad one of the principle designers. For his research team, the decision to look beyond the choice of materials made in traditional manuscript cases was based on certain key factors.

First, in the extremely dry conditions of the Sinai desert more traditional case designs would deform, whereas steel is unaffected by low humidity and retains its structure. The cases also make use of precision manufacturing techniques borrowed from the steel industry, which allow for rapid and precise production of the cases.

Professor Pickwoad’s team concluded that although the cost of manufacture for a stainless steel box was far higher than traditional alternatives, their superior strength and durability, as well as their near-infinite lifespan, made these manuscript cases more than competitive in price.

With the cases currently in operation, the properties that underpin their stainless steel construction are ensuring that many generations to come will be able to marvel at St. Catherine’s irreplaceable historical artefacts.

The original content published on the worldsteel’s ‘Our Stories’ section is available at: https://stories.worldsteel.org/innovation/stainless-steel-cases-safeguard-ancient-manuscripts/