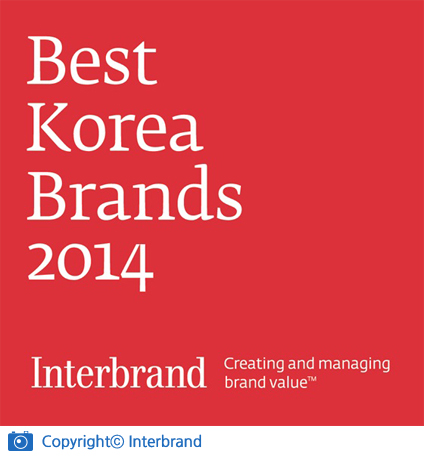 POSCO’s commitment to building its brand is paying off. POSCO, which increased its brand value by 5%p compared to last year, placed 5th on the 2014 Best Korea Brands list for the second consecutive year. Based on its TV-CM and Corporate Social Responsibility initiatives, as well as its internal branding activities, POSCO was evaluated as a brand with an asset value of about 3 trillion won. POSCO ranked 5th after other Korean powerhouses that topped the list including Samsung, Hyundai, Kia Motors and SK Telecom.

Here are some of the factors that contributed to POSCO making it into the top 5 brands for this year’s list.

Last year, POSCO launched its advertising campaign centered around “Becoming the Base of the World”, meant to imply that POSCO will be the foundation for the world. Although POSCO is a B2B company, it successfully showed a softer side to touch the general public and its internal employees.

In the ad shot in the Rocky Mountains, POSCO acts as the compass to guide where to go and the map to show how to go forth to take on a new challenges. 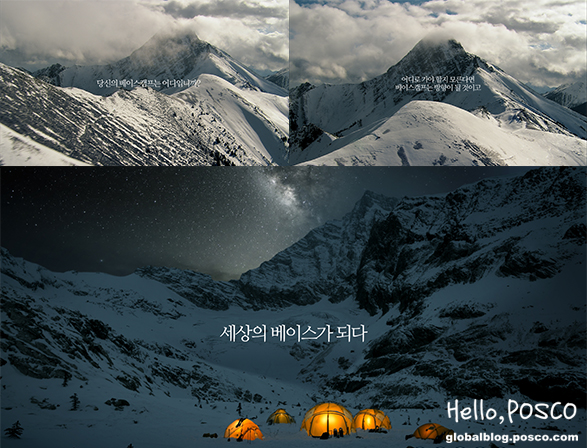 Pictured here: Still shots from 2nd ad campaign – Where is your base camp?

Another ad captured the precious moments in our life juxtaposed to how POSCO acts as the base for everyone. The overall concept was designed to show POSCO’s vision of creating the foundations for the future through its steel, materials and energy business. 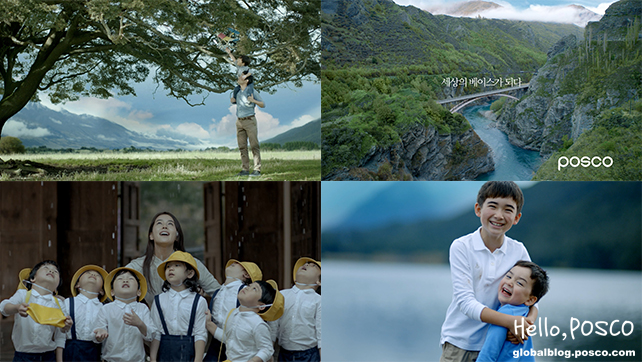 Pictured here: Still shots from 1st ad campaign – Where is your base camp? 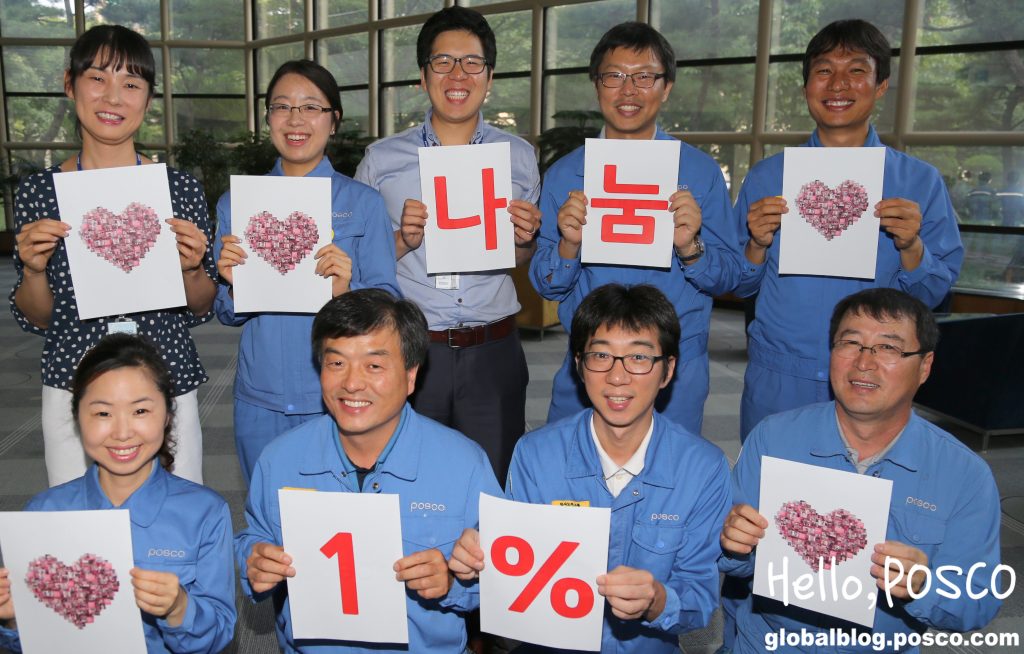 In addition, POSCO established its ‘1% Sharing Foundation’ to promote ‘Sharing 1% for a better world’. The 1% Sharing Foundation raises funds through employee donations from POSCO and investment companies along with matching grants from the company itself.

The ‘1% Sharing Foundation’ launched in October 2011 starting with POSCO officers and senior managers donating 1% of their wages. This then led to voluntary participation of all POSCO Family company employees. As of November 2013, POSCO and 26 family companies have participated in the 1% sharing campaign. The foundation embodies the strengthening of local community capabilities in Korea and globally through service projects for unprivileged citizens and the protection of Korean cultural heritage properties at risk of loss. 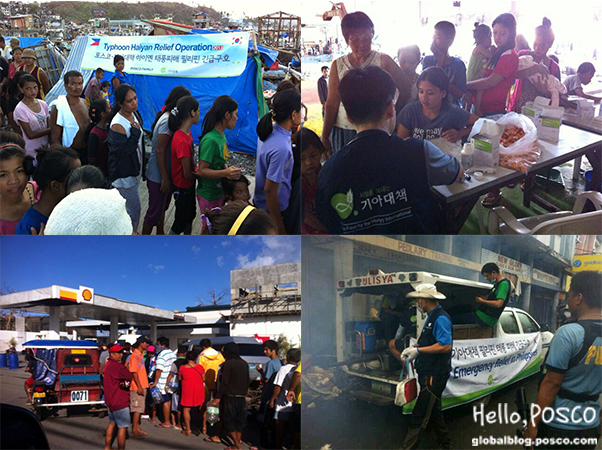 Pictured here: Relief project in the Philippines funded by the 1% Sharing Foundation 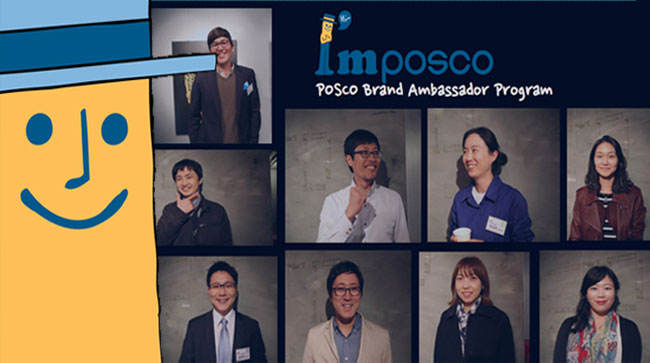 POSCO created its Brand Ambassador program which includes a group of 36 POSCO employees that come together to share the company’s mission and vision. Together they work to find ways to enhance the POSCO brand through training workshops, special outings and discussion forums.

Managing Director at Interbrand Korea, Jihun Moon, mentioned in his overall evaluation that POSCO’s “Brand Ambassador program was a successful example of brand internalization” as it contributed towards revitalizing a brand within an organization and emphasized creating support between employees through brand philosophy. 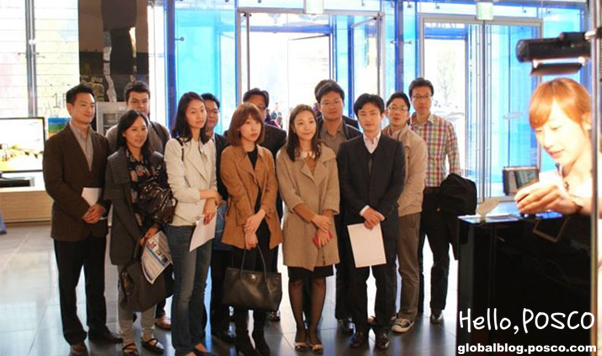 Pictured here: Brand Ambassadors visiting other companies to gain insight on other brands

The Best Korea Brands list is published annually by the global brand consulting group, Interbrand, which also publishes the ‘World Top 100 Brands’. The list is made up of the top 50 brands that represent Korea and is based on the same rigorous evaluation as the ‘World Top 100 Brands’ list. Under the belief that a strong brand, regardless of the market in which it operates, drives improved business performance , the three key components in all valuations include analyses of the competitive strength of the brand, the role the brand plays in the purchase decision, and the financial performance of the branded products or services. For further information on methodology, visit the official Interbrand site.

The full 2014 list is available in the 2014 March issue of Fortune Magazine Korea.