Steel is an essential industrial material, but exposure to water, salt, or oxidation can cause it to rust. Rust and corrosion can drastically reduce the safety of buildings by posing a constant potential threat to their structural stability. Additionally, rust has a negative effect on the aesthetics of a structure and its surrounding environment. There has been a jump in interest and demand for corrosion-resistant steel to avoid the high costs of frequent maintenance and replacements.

POSCO’s undying focus on the research and development of steel material products has produced PosMAC, a revolutionary plated steel sheet that is five to ten times more resistant to rust and corrosion than existing versions. The product is an upgrade of existing generic plated steel imbued with resistance to the corrosion of the cut edges that is superior to competing products in strength and resilience. This innovative product, PosMAC represents over 30years of technological progress in the field of steel plate production, as well as POSCO’s commitment to the research and development of ultra-resistant steel plates for the past six years.

PosMAC, or POSCO Magnesium Alloy Coating Product, is an ultra-corrosion resistant alloyed steel plate developed with unique POSCO technology. One of the world’s highest quality steel surface treatment products, PosMAC is five to ten times more resistant to rust and corrosion than existing alloyed steel plate products. Being less expensive than other corrosion-resistant material such as stainless steel, the revolutionary PosMAC steel is highly sought after not only for its strength and resistance but also for its affordability. 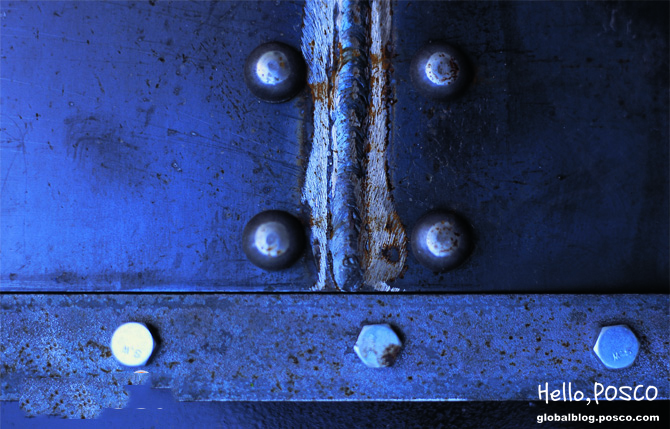 PosMAC is highly resistant not only to rust in general, but also to alkali, scratches and steel section corrosion, thanks to PosMAC’s superior steel plating technology. The magnesium in PosMAC’s plating accelerates the formation of highly stable corrosion products, which in turn forms a layer on the surface of the steel plating, preventing the steel plate from corrosion. While existing rolled steel are vulnerable to steel cut edge corrosion, PosMAC’s steel edges form a protective layer from corrosion products after six months, preventing steel cut edges from forming corrosion. This makes PosMAC five to ten times more resistant to corrosion compared to existing products, as well as giving it resistance to steel cut edges corrosion, a unique advantage not found in other general plated metal products.  Furthermore, PosMAC is highly resistant to alkali and ammonia, which makes it highly suitable for use in livestock handling facilities or in situations where components are in contact with concrete tar. 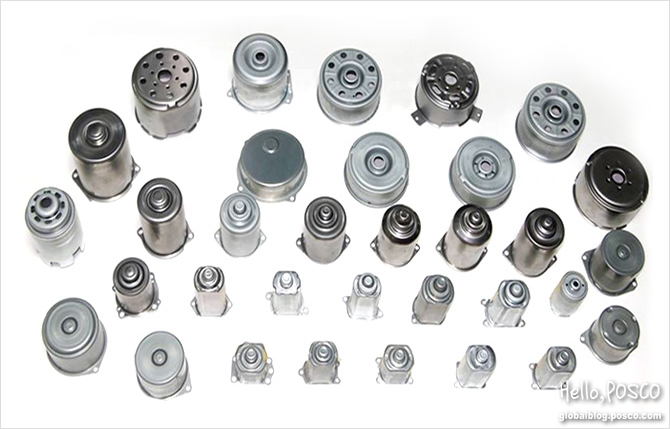 POSCO is also offering PosMAC as a solution for automobile components that require extra-high resistance and durability such as ABS, power windows and motor cases. PosMAC will take the lead in a new era of more durable and long-lasting automobiles!

PosMAC has been expanding its market presence mainly in agriculture/livestock/fishing, solar panels, motor cases, and road facilities. Now it’s time for the next phase of the PosMAC Initiative: plans to expand PosMAC’s applications to home electronics and automobile steel plates are under way!

POSCO takes the lead in a new era in the steel industry with PosMAC, the revolutionary product developed through years of research and development. POSCO will continue its commitment to leading the global steel market with the highly resistant and durable PosMAC.